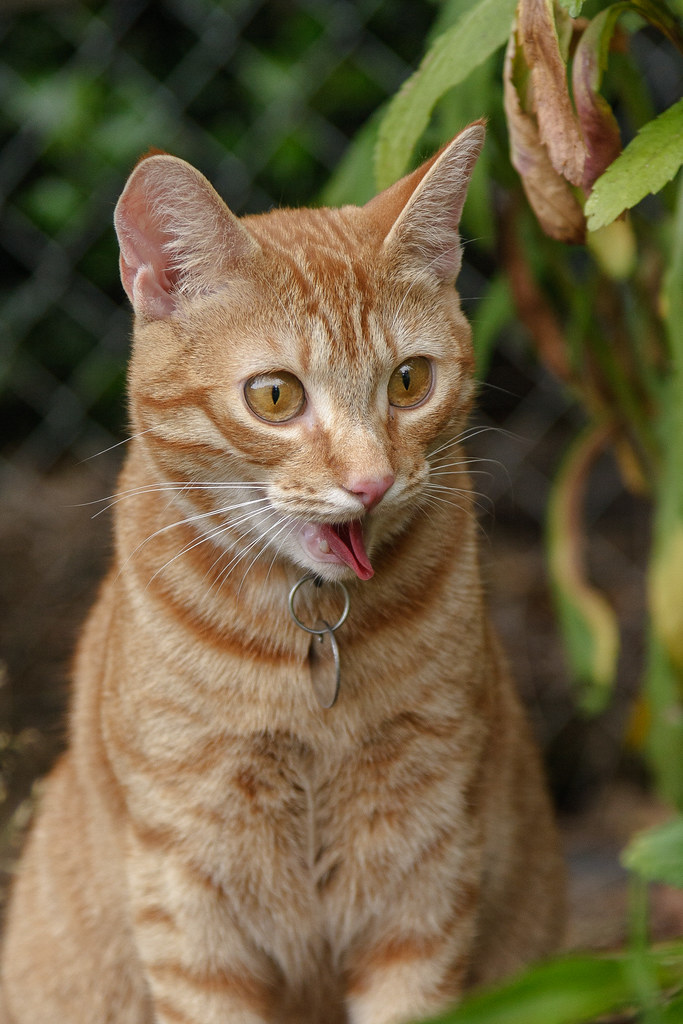 We just got through a nasty heat wave here in Portland, some days over 100° Fahrenheit (1000° Celsius). We don’t have air conditioning in our house so I spent most of the weekend hiding out in the basement. It’s generally nice and cool but after so many hot days it was warm even there. Thankfully the heat just broke, the temperature dropped 20° pretty quickly and there’s even a soft rain now.

This picture of Sam was taken a few days before the heat wave, we were running around when I noticed he stuck his tongue out whenever he paused, so I decided it was time for us to take a break so he could catch his breath. The daisies on the right are past their prime but he loves to play in them, so I left one patch standing for his sake.