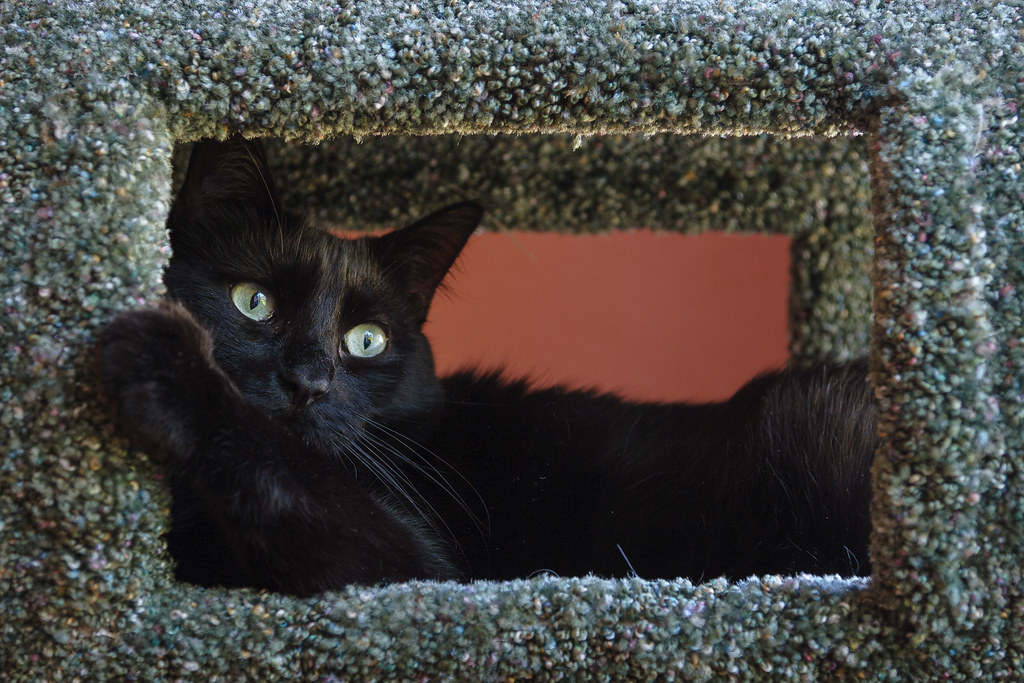 For the past seven years, we haven’t had one stitch of furniture in the dining room. But it is empty no more!

We stopped by one of our local pet stores and picked up a cat tree with three perches. Of course, being cats, when we set it up in front of one of the big picture windows, they wanted nothing to do with this new thing in their lives. I sprinkled some catnip on each perch and walked away. Scout was the first to venture in, followed shortly thereafter by Emma (seen here in the covered perch).

Sam was a harder sell but after finally trying it out, he has rarely left it since. And he isn’t just sleeping on it, during the afternoon he was swinging all around the thing like a gymnast on the uneven bars.