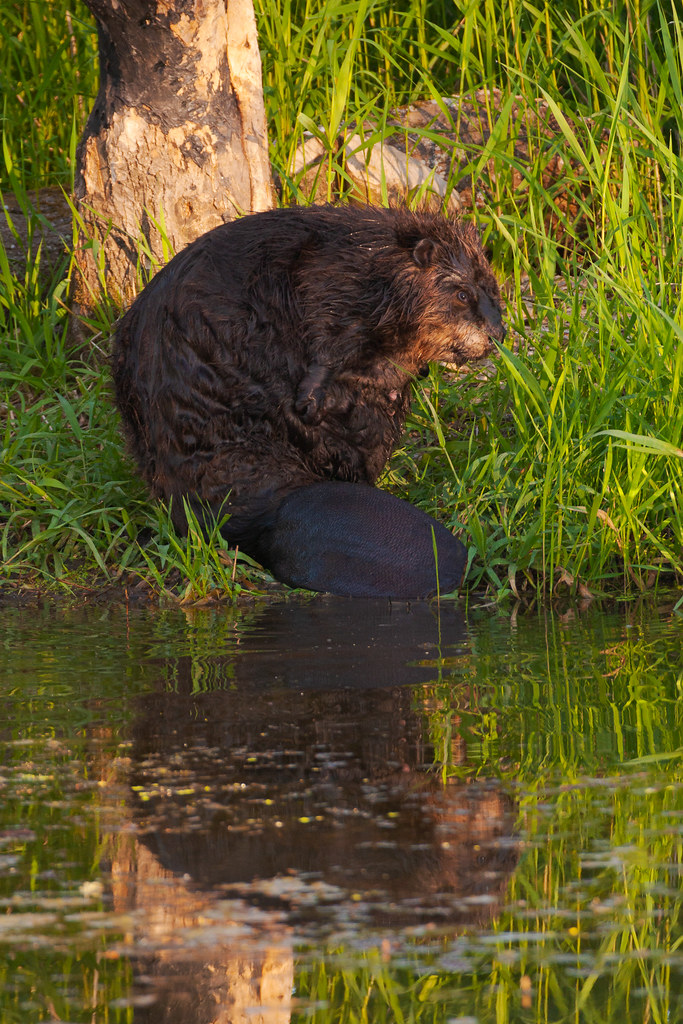 Early one morning on Mother’s Day, I stopped along the auto tour at Ridgefield to watch wood ducks in a quiet channel. A sudden dark form in the water caught my attention, I hoped for a beaver but knew it was more likely a nutria, the most commonly seen of the large rodents. Muskrat frequent the area as well but it was too large to be a muskrat.

My first impression from the size and shape of the head was that it probably was a beaver. There was little doubt left when its large, round form emerged onto the far bank, and no doubt remained when its broad flat tail finally came out of the water. I was feeling pretty blessed, watching the beaver preening, when a second dark shape swam onto the scene. To my delight, a smaller beaver climbed up onto the bank next to the large one and began grooming itself before finally snuggling up to the larger beaver.

Upon getting home, I learned that there is no difference in size between beaver sexes, but that the young often stay with the parents for the first couple of years, so this is most likely parent and child. I don’t know the sex of the older beaver, but given the day, I’d like to think they were mother and child. 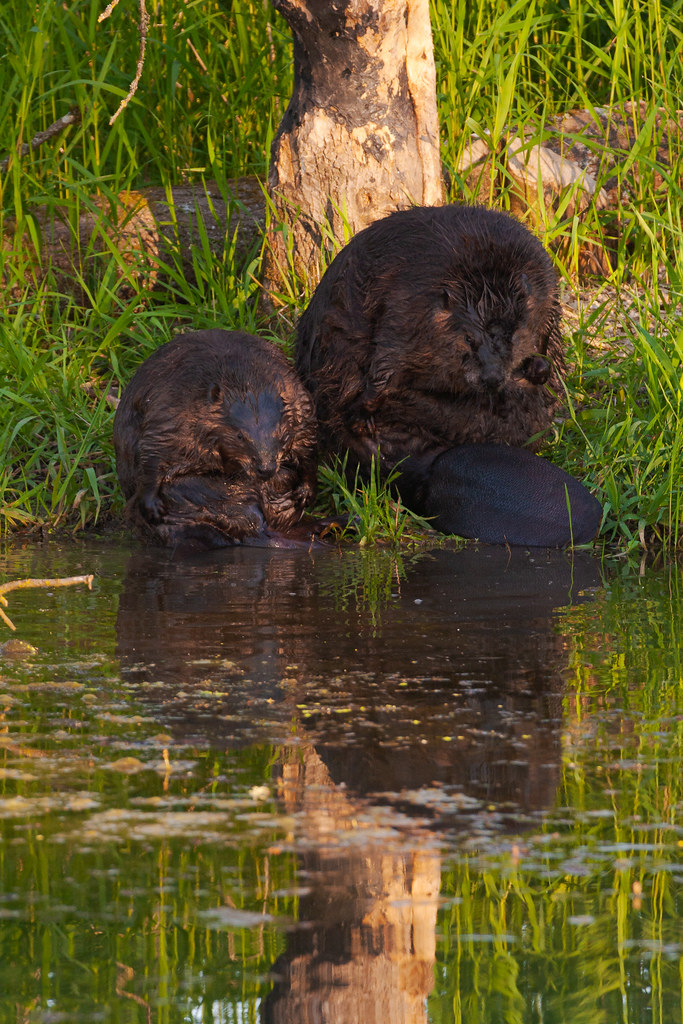