Halloween is this Saturday. What if a child comes to the door dressed as a baby hedgehog?

Saturdays and Sundays in the fall are usually full of football and this weekend was no exception. Saturday morning I hit Ellie on a crossing route and she sprinted untouched into the endzone, dropped the ball (baby hedgehog), and peed on it. There weren’t enough yellow flags in the world to be thrown for this truly unsportsmanlike behavior and, after consultation with league officials, play was halted.

A moot point since the heavens soon poured forth and we headed inside, my wife decided it was a good opportunity to give the whole hedgehog family a good washing. Play resumed on Sunday with no showboating by my star receiver, she brought the ball back to me after each score, like she had been there before. 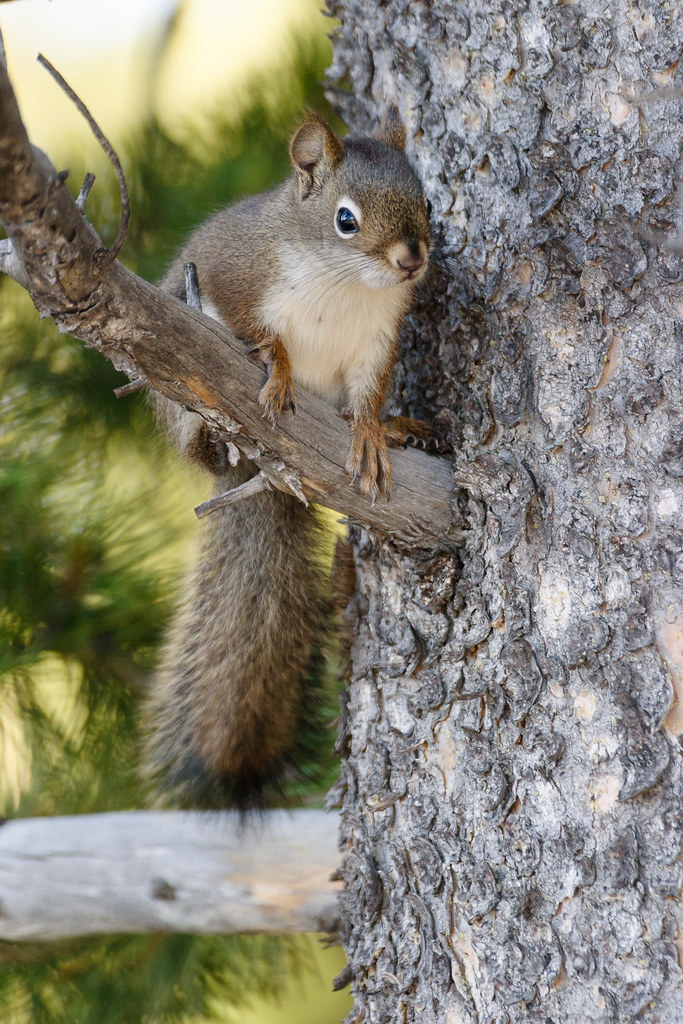 I was first exposed to the noisy chatter of red squirrels while hiking in West Virginia when I lived back east. I would see them a few times more before moving to Oregon, where I wouldn’t see or hear them again until my first real trip to Yellowstone in 2004. On my first hike in my first few hours in the park, I came across this red squirrel near the beach of Shoshone Lake on the Shoshone Lake Trail. I’ve since seen them quite a bit in the park, but good pictures usually elude me, so this first picture remains my favorite of my pictures of red squirrels in Yellowstone. 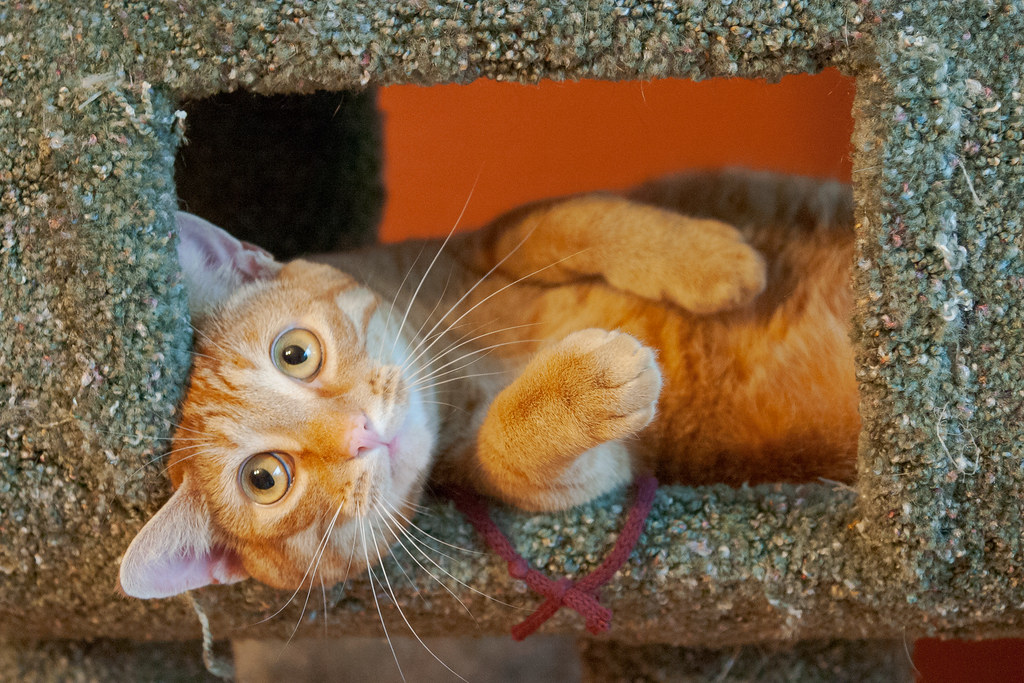 I originally grabbed the camera to take a picture of Scout, but Sam started playing with his favorite string and I couldn’t resist a picture when he struck this pose. Though taken late in the morning next to a big picture window, there was so little light from outside that I turned on the lamp for a little more light. It has a much warmer color than the outside light but that goes well with Sam’s orange fur.

Unfortunately the pictures of Scout didn’t come out so well, my older cameras don’t work as well in these situations, but I’ll keep at it. She only gets in the tree if I put her there, especially with the weather getting colder she’s been re-colonizing the warm beds in my office.

We got the cat tree came from a fantastic pet store, Green Dog Pet Supply, a locally owned shop not far from our neighborhood in NE Portland. We also get our pet treats from Green Dog, and in fact they are the folks that turned us on to Wildside Salmon that the cats go crazy for. It is also the place where we get our Dog Toys to End All Dog Toys, the family of hedgehogs that Ellie loves so much. So Green Dog comes highly recommended not just from us, but all of our little ones as well. 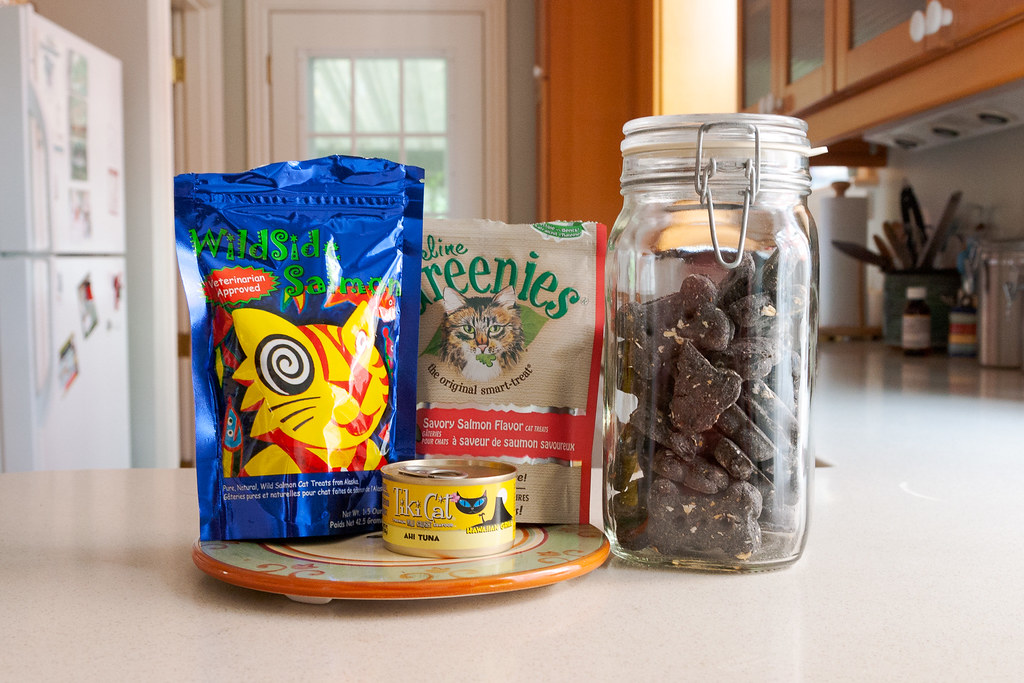 Along with the glory of being a world-class receiver comes the responsibility to give back to your community, especially your young fans. Over the past nine months Ellie has picked up two young admirers. One morning when I woke up with Sam and Ellie beside me, Sam got up and started rubbing his head all over Ellie’s. Ellie looked at me with an expression that seemed to say “See how good I’m being? See how I’m not eating him?” and then proceeded to lick him about the face, which Sam tolerated in good humor.

But it is Emma who is most fascinated with the dog, whenever Ellie and I play hedgehog Emma comes tearing down from wherever she is in the house and tucks in close beside me. As I pet Emma and toss the hedgehog to Ellie, when Ellie takes a break and sits down Emma will saunter up to her and sniff her face, especially her ears. She also gets licked in the face for her troubles and tolerates it as graciously as Sam.

Ellie can’t be long distracted from hedgehog; a couple of times she even dropped the hedgehog in front of Emma and bent down as if she expected Emma to toss it across the room. But Ellie soon learned that, no matter how strong her affections, there are certain things Emma just can’t do.

Oh how I love this dog!