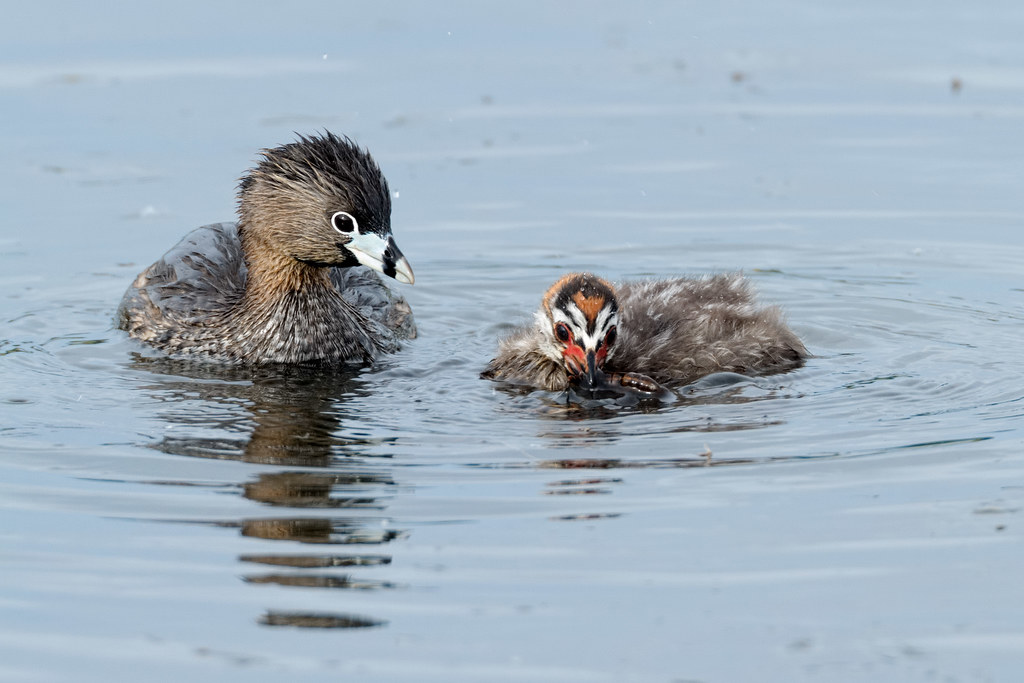 I’ve hoped to photograph pied-billed grebe chicks each spring, as their fantastic faces look nothing like the birds they will become, but this is the first year I’ve had the chance. The two parents had a handful of chicks and were busy feeding them, catching a variety of underwater creatures and feeding them to the hungry chicks. It seemed to me the adults were killing their prey before handing it off to the youngsters, but even so the chicks often dropped their food into the water as they learned to move items about in their bills. The adult was always nearby if necessary to retrieve the food, but in this case the chick was able to pluck it from the water on its own.