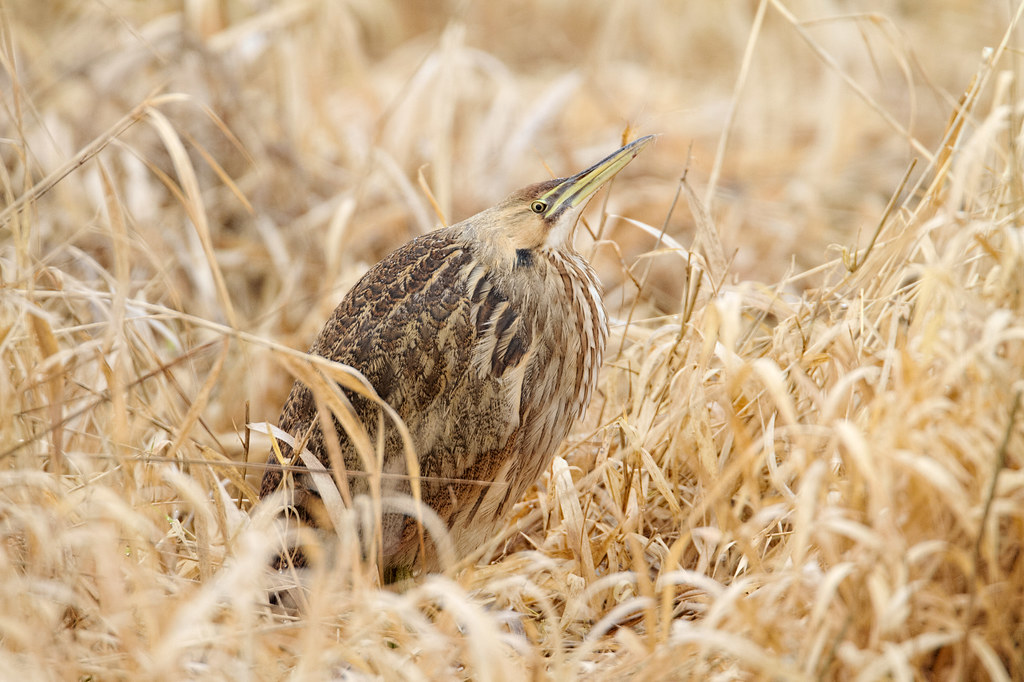 As you know by now, one of my favorite things to do at Ridgefield is to photograph bitterns. After having such great success last winter and spring, this year I’ve seen them mostly in glimpses and rarely had a chance to photograph them. I was tickled to have the chance to photograph this one in January, showing how well it’s coloring matches that of the dried grasses in which it loves to hunt.

I took the picture below last winter with my iPhone, just wanted a quick shot of my favorite place to look for bitterns, I took it with the phone since the view is similar to what I see with my eyes as I drive along. It’s a bit hard to see but there’s a bittern almost dead center in the picture, on the opposite side of the channel a few feet up from the water line.

Suffice it to say they’re hard to see but I’ve gotten pretty good at it. Once I get to my favorite bittern areas, I wait until there’s no traffic behind me and then let the car creep along as slow as possible as I scan the grasses for these elusive birds. I normally take our Subaru to the refuge but this spring I’ve been taking our Civic, mostly to see if I could tolerate driving a stick shift at the refuge.

The biggest problem I encountered is exactly this scenario. At these speeds, the car is right at the stall speed and it requires a lot of pedal work to keep the car front stalling out. It’s doable, but annoying, and probably not so great for the clutch. So my preference for the next car will be an automatic, although if the stick is a particularly good one, the irritation at Ridgefield might be balanced out by fun on the commute.

By the by, the body of water on the other side of the the berm is Rest Lake, and those white dots are tundra swans that winter at the refuge in the hundreds. The bittern above was also at Rest Lake, but at a different spot than this one.