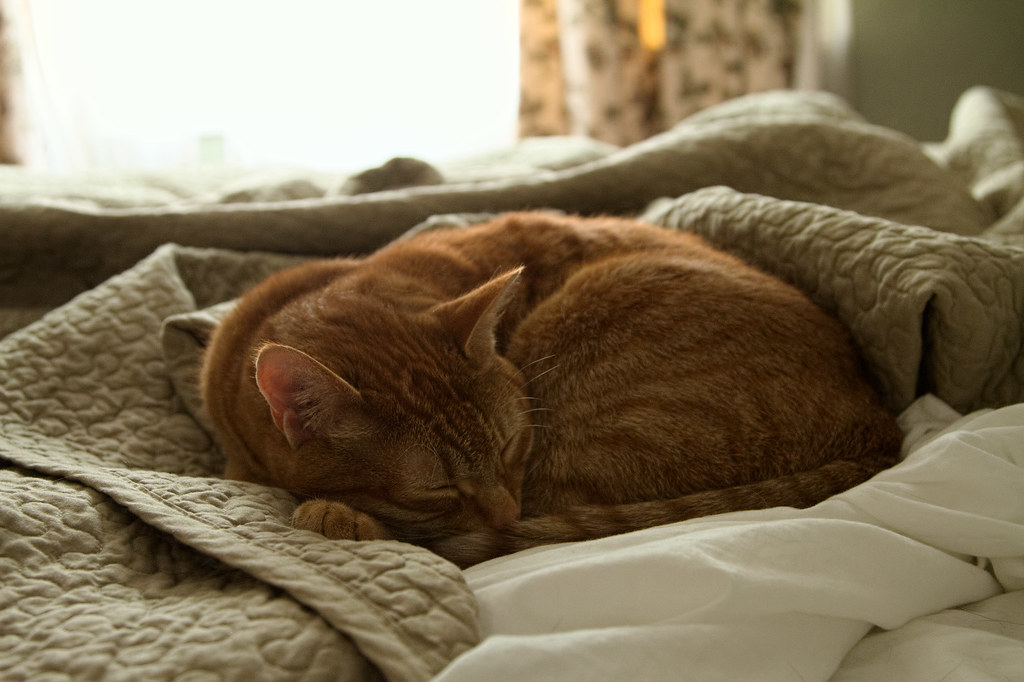 A lot has changed since I took this picture of a sleepy Sam a few years ago. The mattress and box springs of the bed he’s sleeping on have been replaced, and we took the bed off the frame so our aging dog could still get up on the bed. The curtains have been replaced with knockout shades that do a much better job of blocking out light.

But the big change for Sam was that then, he was the youngest of three cats, and now he’s the oldest of three. The deaths of Scout and Emma have been hard on the little fellow. Yesterday he was fed up with his younger siblings and swatted at them if they even came close, but last night went a little better. He climbed in my lap when I went to bed and then Trixie jumped up and lay down on my chest. She stayed for a little while but then she snuck down to curl up beside him, a maneuver she’s tried a lot lately, which usually ends with Sam swatting or biting her and then running off. I reached down to pet him and he stayed for a while, but then got up. To my surprise though he didn’t leave but lay down beside me with my leg separating the two of them, and both seemed happy with the arrangement.

Trixie was gone when I woke in the morning, but Sam was back in my lap.