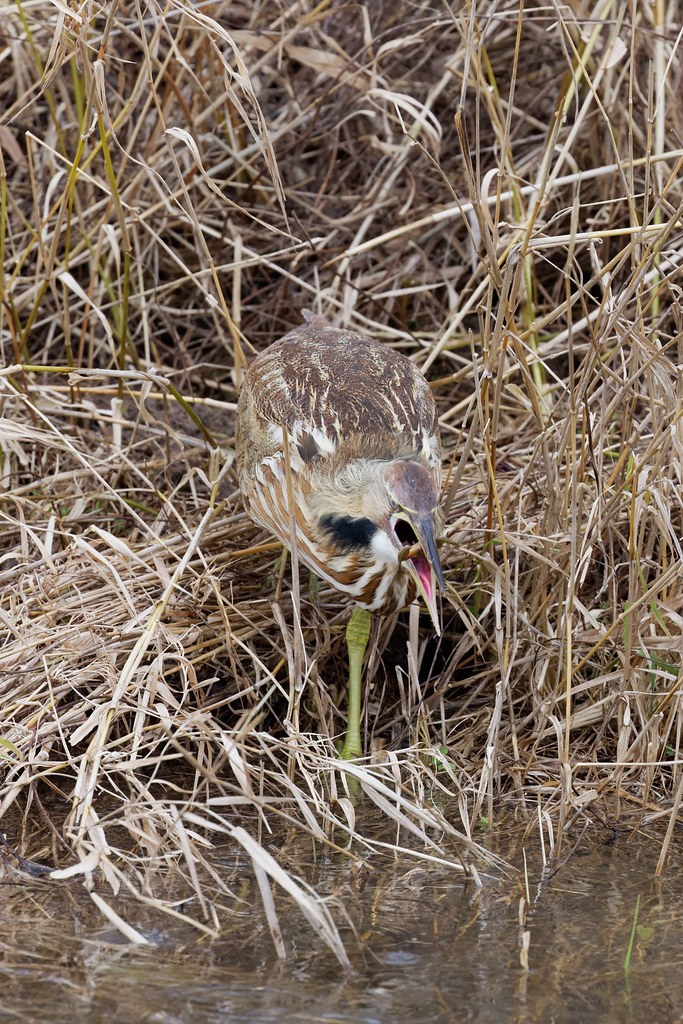 They say pictures never lie but they can certainly give the wrong impression. This American bittern, swallowing a treefrog it just caught, caught it further away from the water but came down to the water, dunked it, and swallowed it. As adults treefrogs often live near water but spend most of their time on land (and more often near the ground rather than in trees). The bittern has covered both its eyes with a nictitating membrane to protect them as it flips the frog down towards its throat.