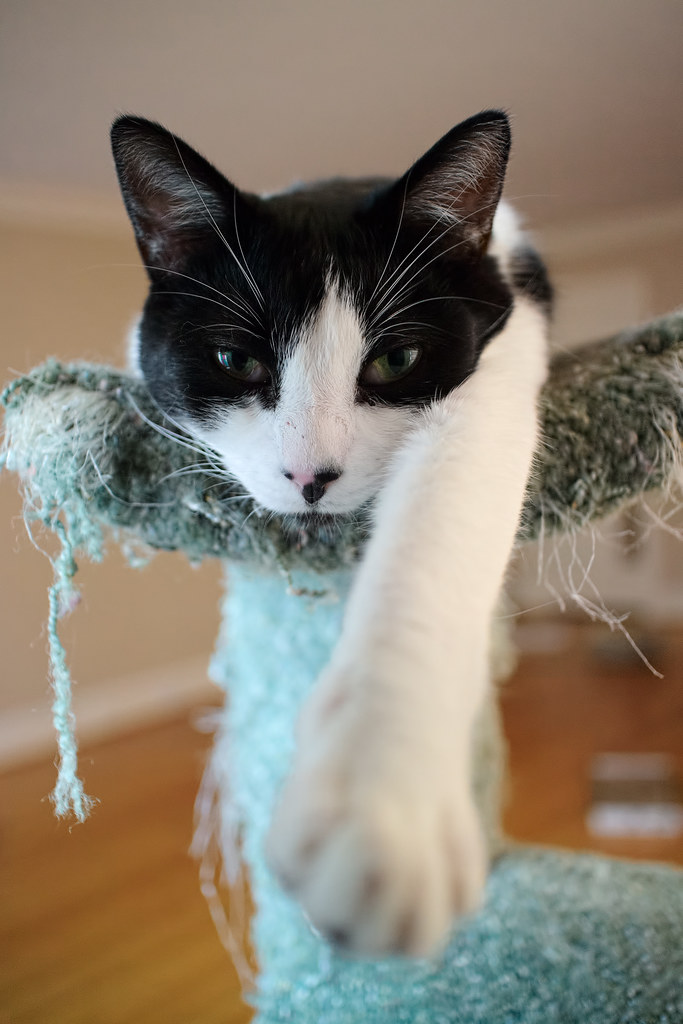 Back in June I pre-ordered Sony’s just announced A7R II mirrorless camera, guessing that its ground-breaking features might otherwise make it hard to come by in the early days, but also knowing that I had plenty of time to cancel before it shipped in August. I got an email from Amazon that the camera is going to ship in the middle of the week, the first date they are available in the US, so it’s time to decide if I should cancel or not.

I expected there would be plenty of reviews by now to help me make up my mind (the camera is already shipping in the UK for crying out loud) but the non-disclosure agreements must not be up until later in the week because there has been little information available since the initial announcement. I think Sony is even holding a press event here in Portland on Wednesday but reclusive cat bloggers must not have been high on their invite list.

I’ll sleep on it but I’m leaning towards canceling the order given the expense (I’d switch all of my non-wildlife shooting to Sony’s system). But I’ve been flip-flopping all over the place the past week as while there is much I like about my little Canon M, there is much I don’t, and the Sony solves some of my biggest complaints with the M.

For example, I grabbed the M this afternoon when I saw Boo stretched out and about to fall asleep on top of the cat tree, as it nicely contrasted how differently he sleeps than tidy little Scout who preceded him, but I had to stand scrunched in the corner of the room with the camera near my heart, snapping pictures before he changed his pose. The camera’s buffer fills quickly so I couldn’t take a shot when he yawned, not that the slow autofocus could have tracked him, but without image stabilization even this static shot yielded a bunch of unsharp pictures and thankfully one sharp one.

The Sony has built-in image stabilization, a high-res full frame sensor that would allow faster shutter speeds, is more responsive, and has a much better autofocus system. It can also do nice video (4K even).

But that price tag …