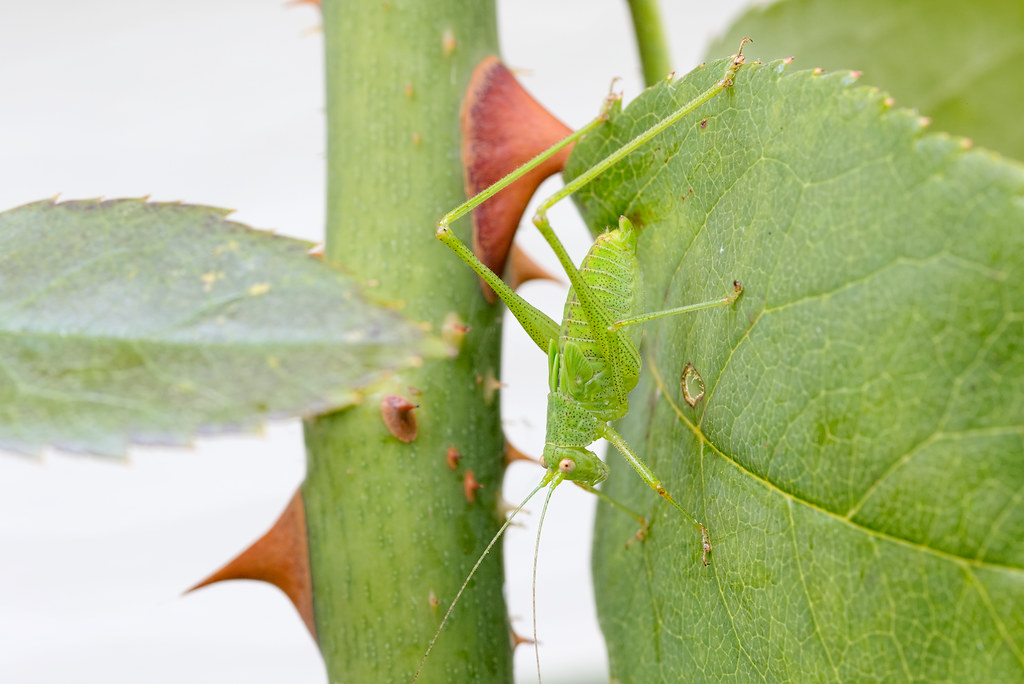 Portland is known as the City of Roses and decades ago a prior owner planted a bunch of roses in our backyard. I’ve always been a bit torn as to whether or not I should keep them. I’m not a huge fan of roses themselves, although we have one variety in particular that I think creates a lovely flower. Some of them aren’t doing so well, but even those that are thriving often get leaves covered in black spots, a consequence of a fungus that thrives in our climate. There’s a natural pesticide that can keep it under control but when possible I prefer to not use pesticides.

My favorite thing about the roses is the katydids that sometimes live there in the summer, in July we had a handful in one spot, from fairly young nymphs to an adult. The nymphs go through several stages, this female is easily recognizable as a katydid but she is only starting to grow her wings. When full grown they’ll stretch down the length of her body (as you can see on this adult female from last year). When I see one on a bush, I leave nearby spent flowers a little longer than normal so that my friends will have plenty to eat.