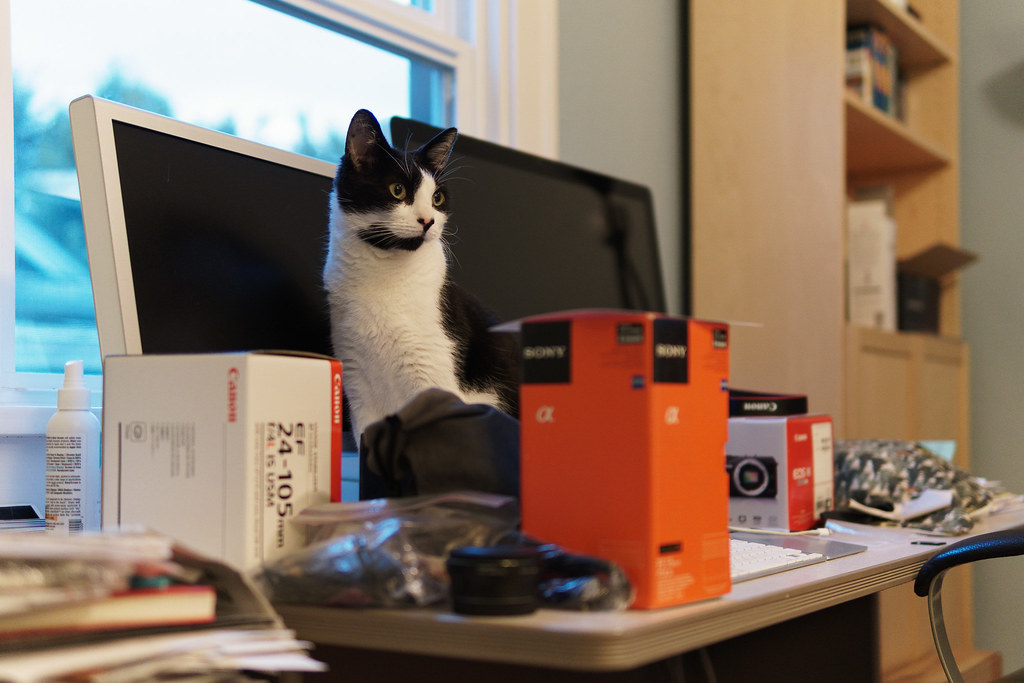 Back in March, shortly after the new Sony camera arrived, I looked up to see Boo standing amidst cameras and lenses stacked on my desk, some rather close to the edge. On the left was an old, well-used and well-loved Canon lens (the original 24-105mm) that I was trading in as part of a special to get the lens on the right, the Sony Zeiss 55mm 1.8 prime. Back behind him was the Canon mirrorless camera that was also being replaced with the Sony. I didn’t open the new lens until I was sure the old one had been received and evaluated, but I drew my breath in at the thought if Trixie jumped up and startled him the new lens might go tumbling before ever being used. Rather than risk startling him myself I did the next logical thing, took his picture with the new camera, and he soon hopped down without incident and I moved the lenses back from the edge.