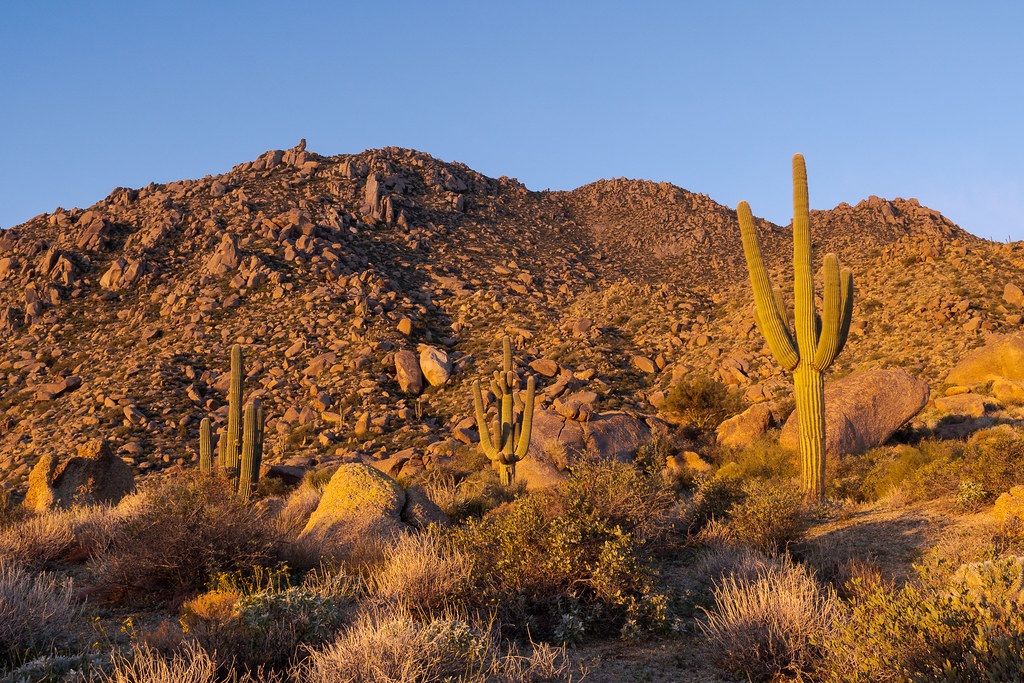 According to the signs along the trail, the Marcus Landslide occurred 500,000 years ago, which is before we moved to Arizona. The landslide itself was only discovered in 2002 by a couple of graduate students who named it after a geology professor who died while leading students on a field trip. The estimates are that the original height of the area was 4100 feet (taller than any of the other McDowells) and that 25.8 billion pounds of debris fell 1300 feet and spread out over an area 4000 feet long and 1650 feet wide. It’s a bit unusual in that the slide spread out over a much longer area than the height of the fall, making the resulting landslide less obvious. In addition to the scenery I love the trail because of the wildlife, it’s a fantastic spot for seeing phainopepla in the winter and with all the boulders I’m hoping an excellent spot for lizards now that they are out of hibernation.