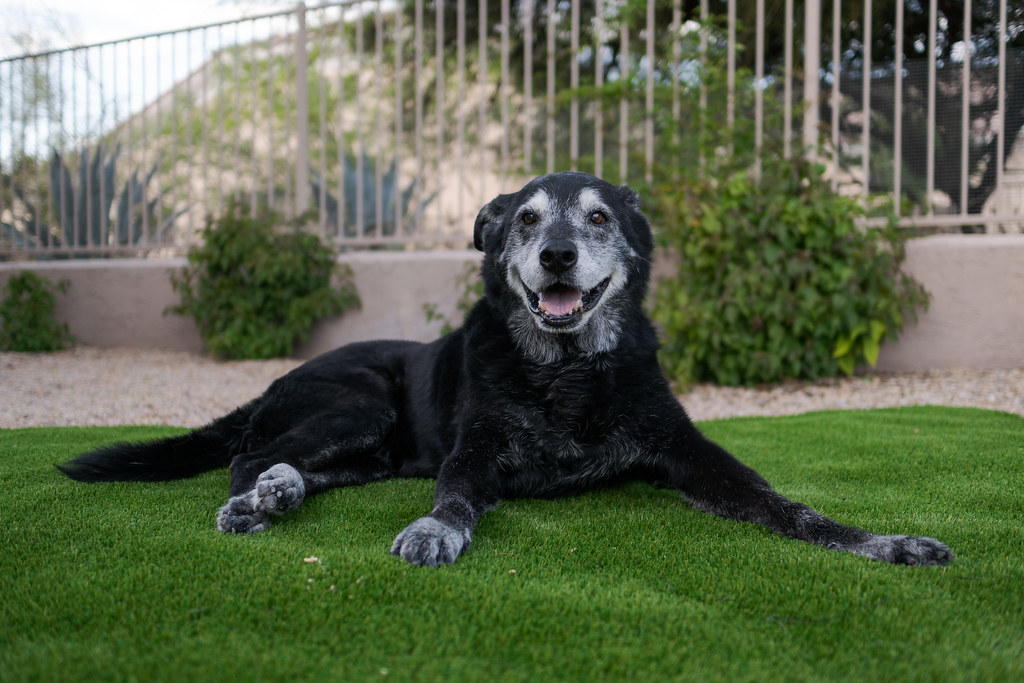 While age had slowly been taking its toll on our 15 year old pup, it was the last six weeks or so she declined the most, which unfortunately meant she only got to spend a month with us in the new house. The first week here was difficult due to her getting confused, especially at night, due to her senility and not understanding where she was. She figured it out after we paced the hallways back and forth many times, going inside and outside, until it became familiar to her and she settled down. We got a patch of artificial turf for her since there was no grass at the house, it gave her a comfortable place to go the bathroom (when she could make it there in time) or even just lay down and relax. 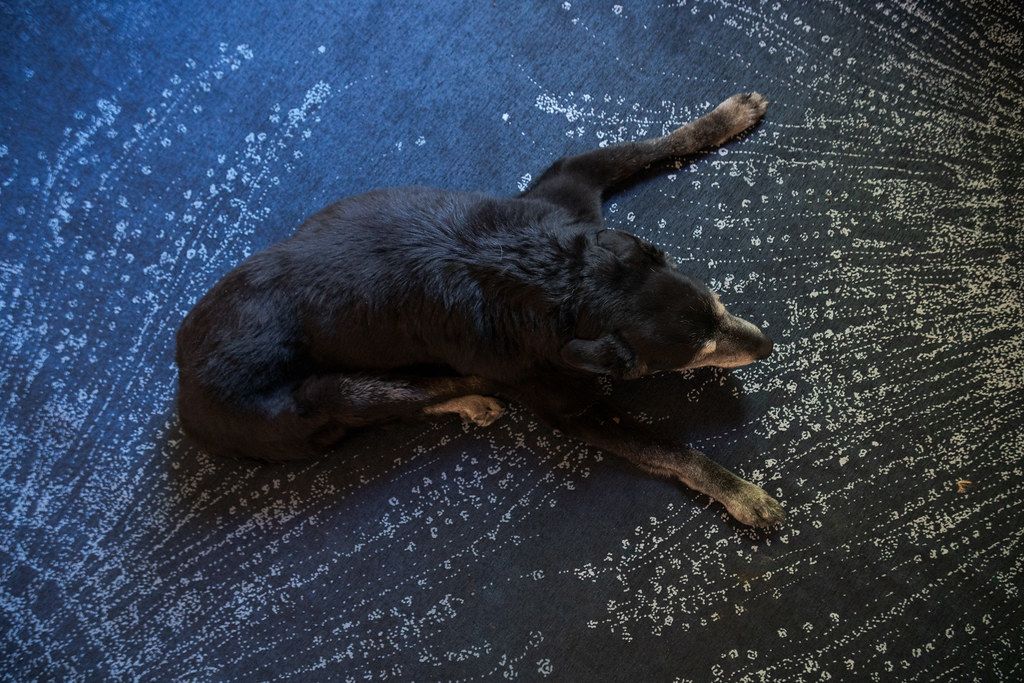 One of Ellie’s back legs (the one she didn’t have surgery on when she tore a ligament in her younger days) had been bothering her for a while, she compensated with the other until the end when putting any weight on her back legs was difficult. The tile in particular was slippery for her, both in the rental house and the new house, so my wife bought a variety of washable rugs and yoga mats to line the hallways for traction and make messes easier to clean in the rooms.

She started having accidents in the house that last month, at first she’d poop from the effort of having to get up, but that wasn’t hard to clean up. Her stomach started getting upset at the end though and she’d have diarrhea, and at the very end started peeing when she couldn’t walk at all, where the washable part of the rugs came in very handy. It was exhausting for my wife and I but after Scout and Emma died young it was an honor to nurse her through the end of her life while she was still enjoying her days. 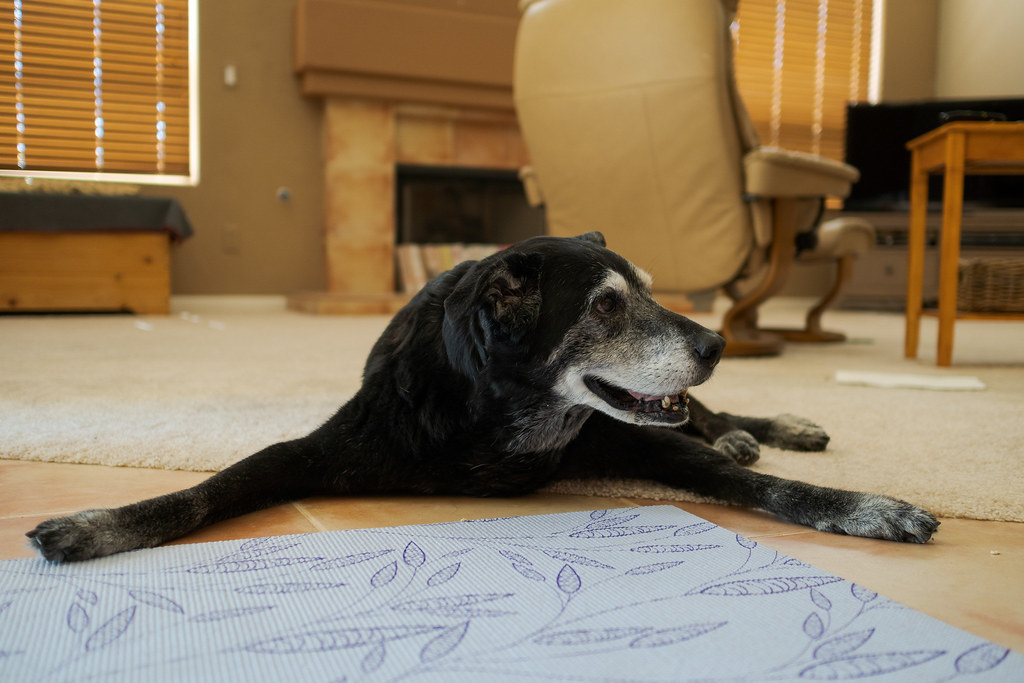 Her last full day with us was one of my Friday’s off so I was able to spend the day with her. She didn’t want to walk at all that evening so I carried her out to the turf. She enjoyed that little spot and lay down and rubbed her face on it as she used to in the grass. She was panting as she often did at this stage, which I knew made her look happy in pictures, so I went in and got my camera for what I worried were going to be my last photos of her. The biggest problem we were facing was that her appetite had been off and despite my wife trying a variety of foods, she wasn’t eating enough to survive. She could eat more if I hand fed her, in the first picture you can see a few light colored bits of food on the turf in front of her from pieces that fell off my hands, but it still wasn’t enough. Her spirit was still strong and I wanted to capture that in the pictures, to remember that even though her health was failing, we had some good times during her month in the new house.

The next morning we talked with her vet who had been so helpful in her care and all agreed it was time to say goodbye. She had been able to walk a bit that morning, when I went to take a shower since she always wanted to know where I was my wife helped her up and supported her as she walked across the house to the bathroom. Mostly though, as the night before, she wasn’t able to walk even if we helped her, so I carried her where she needed to go. My wife said she didn’t even try to get some uneaten cat food in one of the bowls, a sure indication of how much her appetite had fallen. She was pretty worn out but would raise her head like this and watch us as we moved about the room, she was such a sweetheart to the very end. 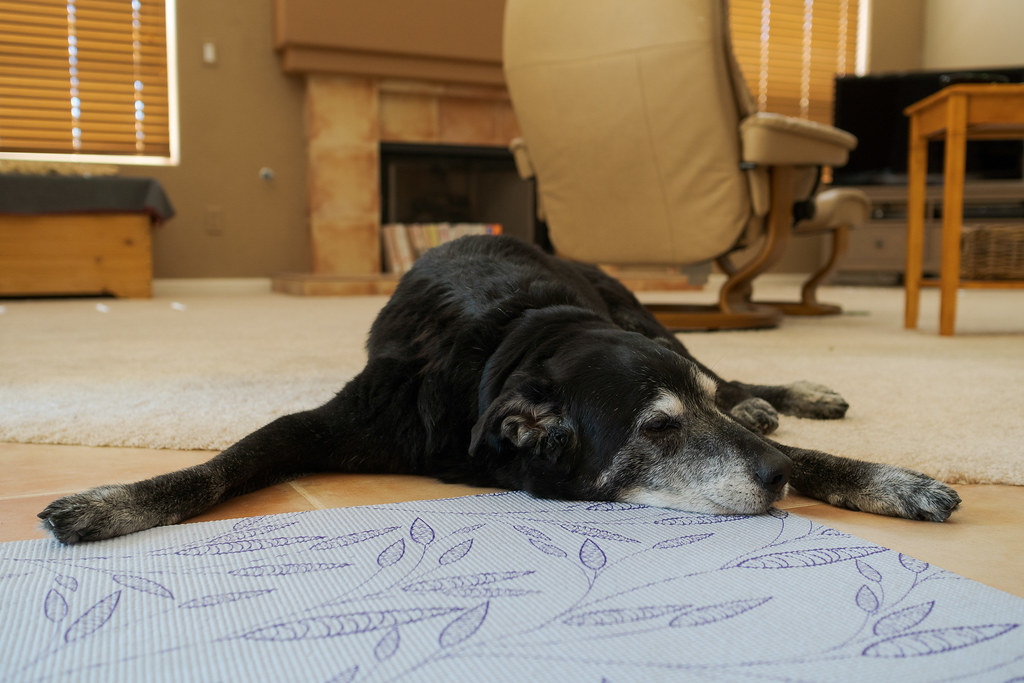 This is the last picture of my sweet pup, I hadn’t really wanted to take these pictures but I knew they would bring me comfort later on. I could barely even think about camera settings but after verifying the pictures came out OK, I put the camera away. I had half an hour left with her before it was time to carry her to the car and spent that time stroking her fur and kissing her forehead and letting her know how much I loved her. I did the same after carrying her to the room they had prepared for us at the vet’s office, I’m so thankful we were both there as we said our final goodbyes, as being with us was all she ever really wanted. She ate a few charcoal treats (one of the few things she never lost an appetite for, even at her most senile the pup always remembered when she was due a treat), then died peacefully after getting the sedative and injection that stopped her heart.

Thanks are owed to Dr. Lopez and her team at Scottsdale Hill Animal Hospital, she was instrumental in making Ellie’s last year a great one. It isn’t easy managing the aches and ailments of such an elderly dog but she worked with us to map out a strategy of care that gave Ellie such a good quality of life for so long. I hadn’t actually met Dr. Lopez until I brought Ellie in that last time, we had talked on the phone but she and my wife had worked closely together to manage her care.

And a special thank you to my wife for doing so much for Ellie during that year, especially the last months when taking care of her became a full-time job, it’s a tremendous strain both physically and emotionally. We loved Ellie with all our hearts but that doesn’t make it easier, rather it makes the sacrifice worthwhile. 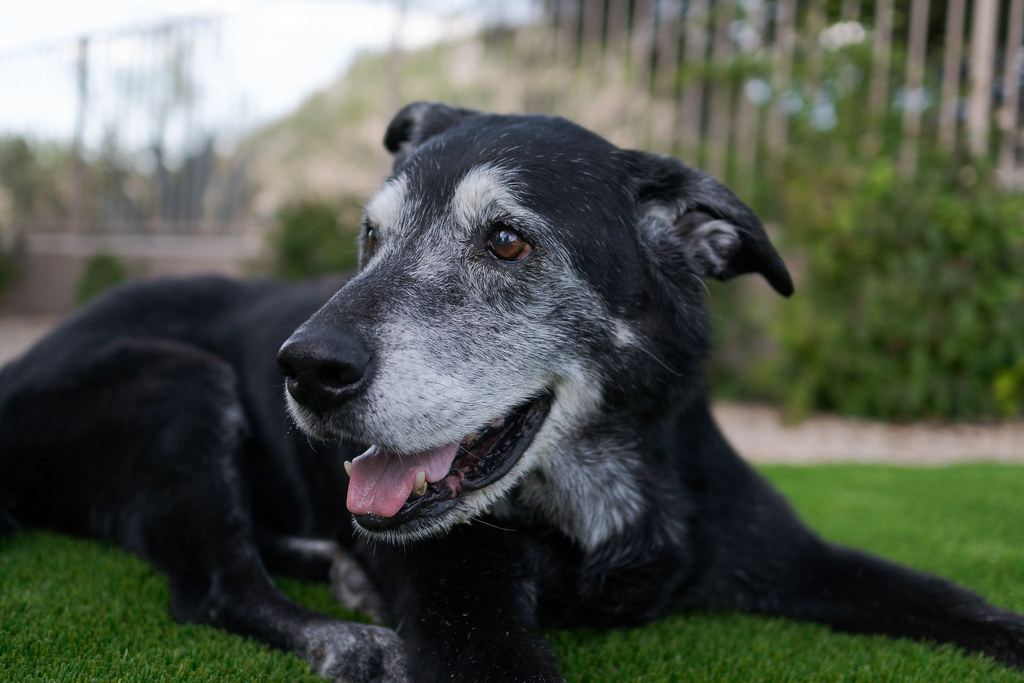 After she died I found an expected connection to the pup. After we got home, especially the first couple of days but even the first couple of weeks, I endlessly paced about the house. I wanted to do something but I didn’t want to do anything. It helped me sort through my feelings as I walked about but I had to laugh as I thought about how I was now pacing as she had her first week here. She because she didn’t know where she was, I because I knew she wasn’t here.

She was the best dog ever, my sweet pup, the best.