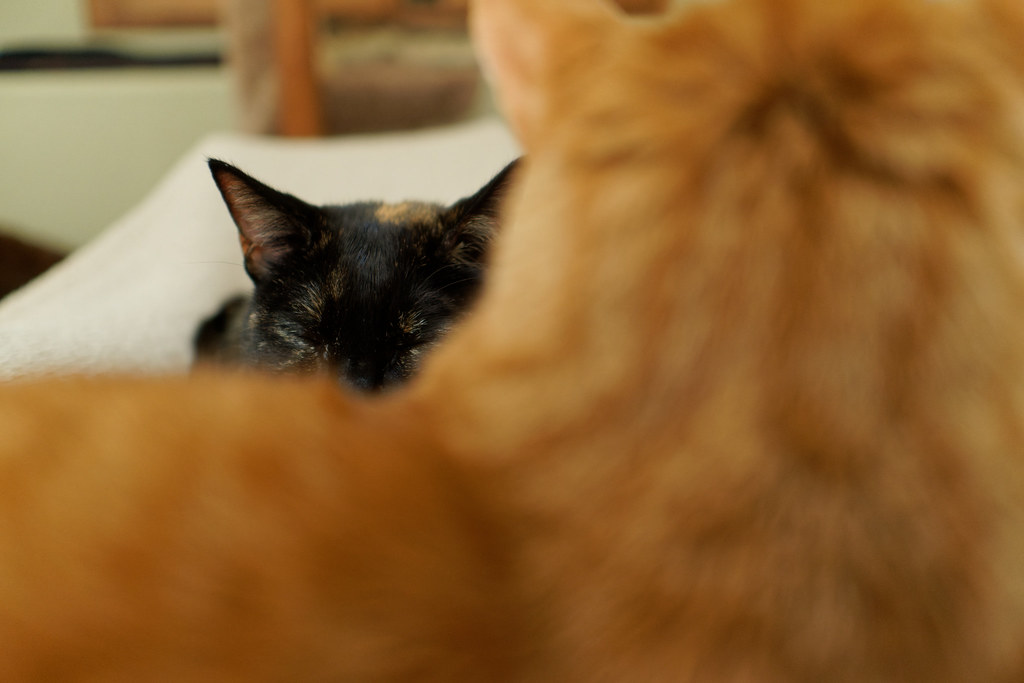 A couple of days after his surgery as Sam slept high in my lap I judged his mood to determine how close I should let Trixie get. I kept her at arms length which she followed to the letter of the law, sticking out her front paws such that one was resting on her older brother. He didn’t mind so I let it go, though I had to keep a watchful eye as she would try to inch closer to her hero. Thankfully she didn’t try too hard to smother Sam with affection until he was feeling better. 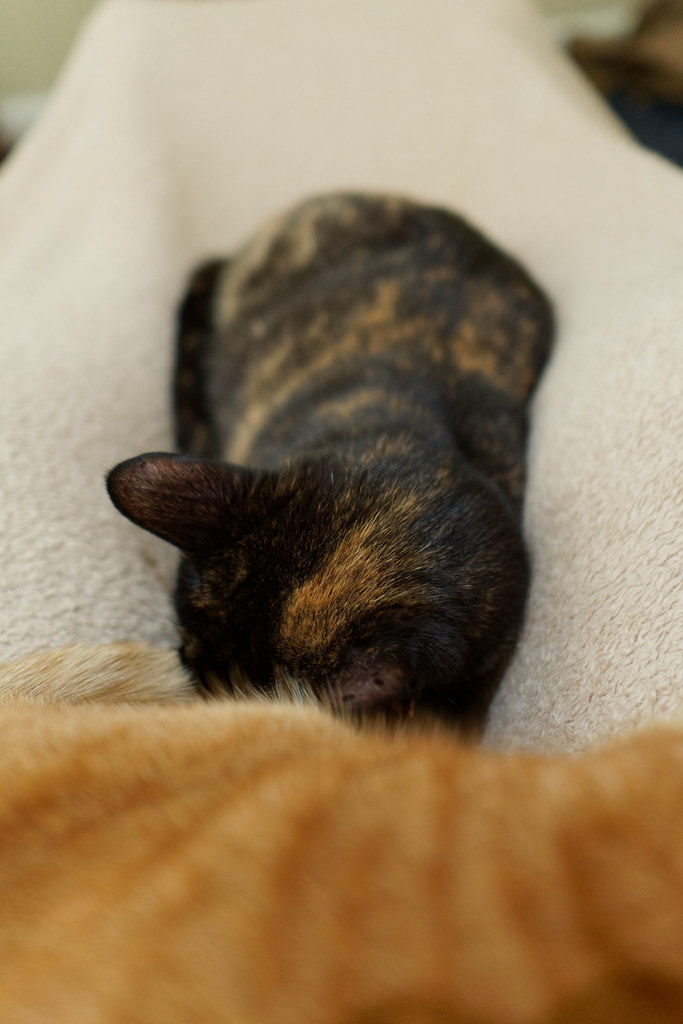