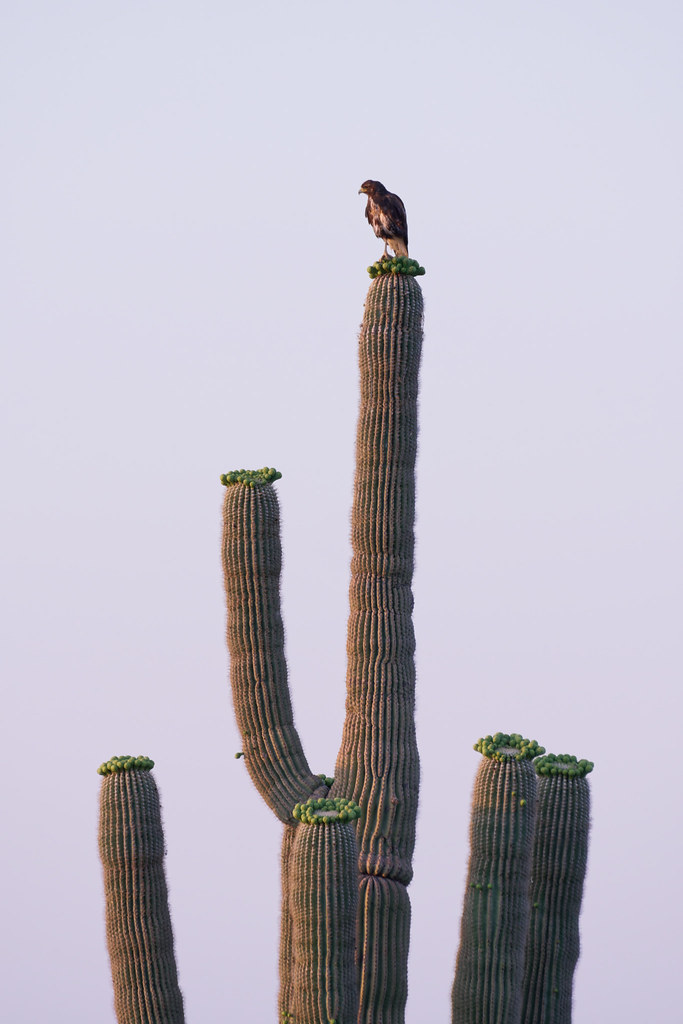 An old giant provides a plethora of perches for a young Harris’s hawk to choose from as it scans the desert floor at sunset. This time of year the perches are relatively soft courtesy of the large flower buds (and by now, flowers themselves). Apparently Audubon would name the birds for his friend and supporter Edward Harris but when he first drew one for his book Birds of America he called them the Louisiana hawk. The University of Pittsburgh has the entire collection online but be forewarned, it can be a real time sink.

There is a movement to rename birds named after people, something I’d like to see. I’d rather see birds named after their nature (especially for these hawks, their social network since it’s so unusual) rather than an homage to a human, regardless of whether the person should be remembered or forgotten or somewhere in between. Interestingly Wikipedia notes, among other things, Audubon may have stolen the Harris’s hawk specimen he used as a model for his drawing.

We humans are complicated creatures.