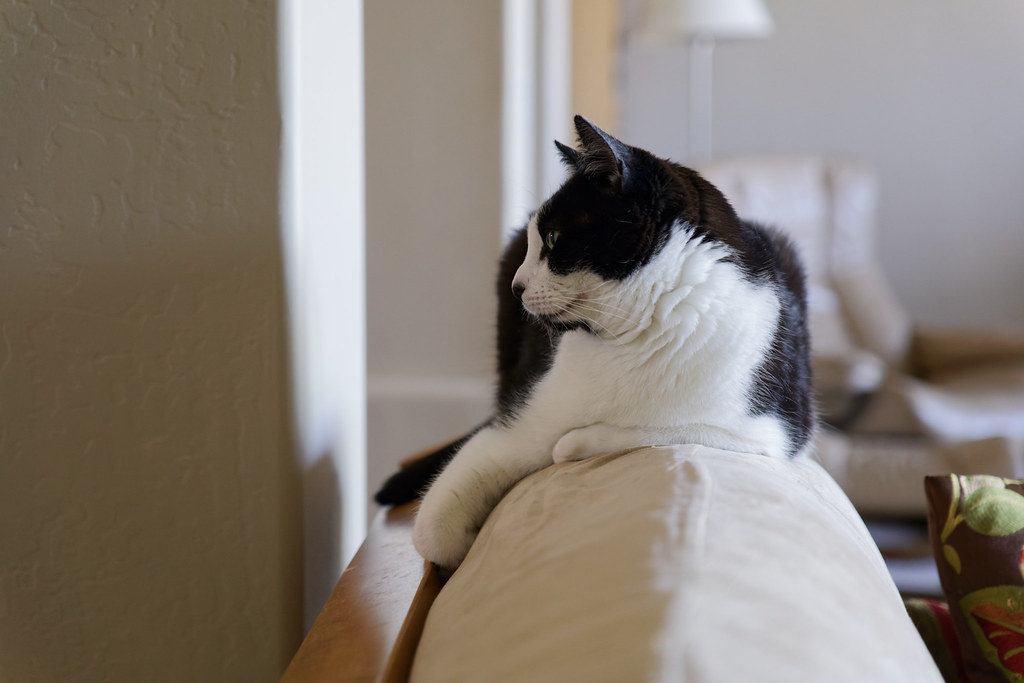 Last night when it cooled down enough to open the windows I logged off work and moved from the living room to my office. As I was getting my things together I noticed Sam was at the top of the cat tree, wide-eyed, staring out the window. I went over and realized a javelina was eating mesquite seeds out front so I turned off the lights and Sam and I settled in to watch it.

A few more of various ages came wandering in so I went to get Boo and Trixie and we all settled in to watch the desert family though one of us couldn’t see so well in the dark. Eventually two adults sauntered in with five adorable babies in tow. Trixie was in front of me next to the screen so she had a front row seat when an adult brought two of the babies right below the window. She stayed quiet but from her body language I was a little worried she might explode.

The javelina spent a lot of time in the yard, from beginning to end 20 or 30 minutes, so fun to see and hear, at least for all of us but Boo. He got scared and ran off when one of the adults sprinted across the yard, so he wasn’t there when the babies arrived. I could tell he was nearby though as when the little things started making a ruckus the darkness growled behind me. He was already a little stressed as he hates the ceiling fan in my office, I held out turning it on for as long as I could but it’s gotten too warm to not run it, so sadly for now I’ve lost my tuxedo sidekick. Here’s hoping he gets used to it as I loved having him tucked in beside me all winter.