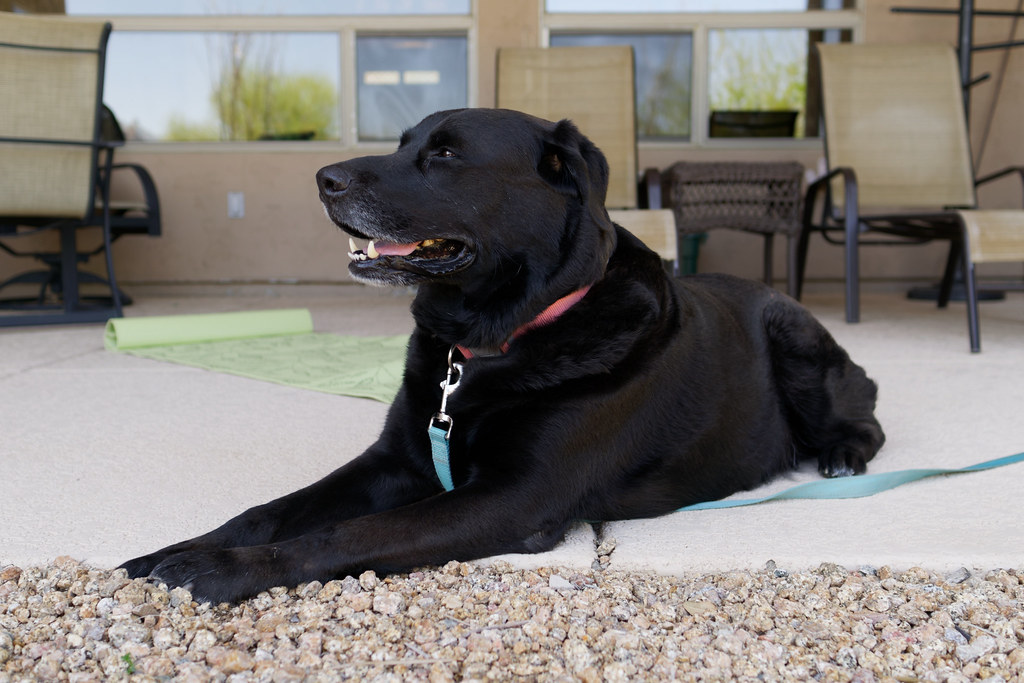 Say hello to Bear, we adopted him this afternoon and are keeping him in our bedroom at the moment so the cats can come and go as they please but have the rest of the house to themselves while we all get acquainted. Which is good because at one point Bear chased Boo, I think more playfully than aggressively but understandably Boo was terrified and so I spent a while with him getting him to relax. He’s sleeping in his usual place wedged in between me and the edge of the couch but he still jumps at every unfamiliar sound.

Hopefully as the excitement of the first day wears off and Bear comes to understand his furry masters are to be obeyed and protected this won’t be an issue but we’ll keep an eye on it as obviously we won’t put the cats at risk. He did great with Sam later in the day, and lived with cats previously, so there’s reason to believe we can keep him on the straight and narrow.

He needs to learn some commands and get better at his on-leash behavior but the same was true of Ellie when we adopted her. The difference is that at 100 pounds (!!!) he’s much larger than she was, and she was big for a lab! Those things don’t worry me as he seems to want to please us so it’s just a matter of teaching him what we want.

He’s a very sweet fellow, we had a lot of nice moments already even in our short time together. We had kept a couple of Ellie’s hedgehogs and as Bear I played with them I had to hold back the tears watching him run around, squeaking them with joyful abandon. When my wife went to bed I went in to kiss him goodnight and his tail started wagging as he woke and saw me approach.

He was sleeping on my side though!