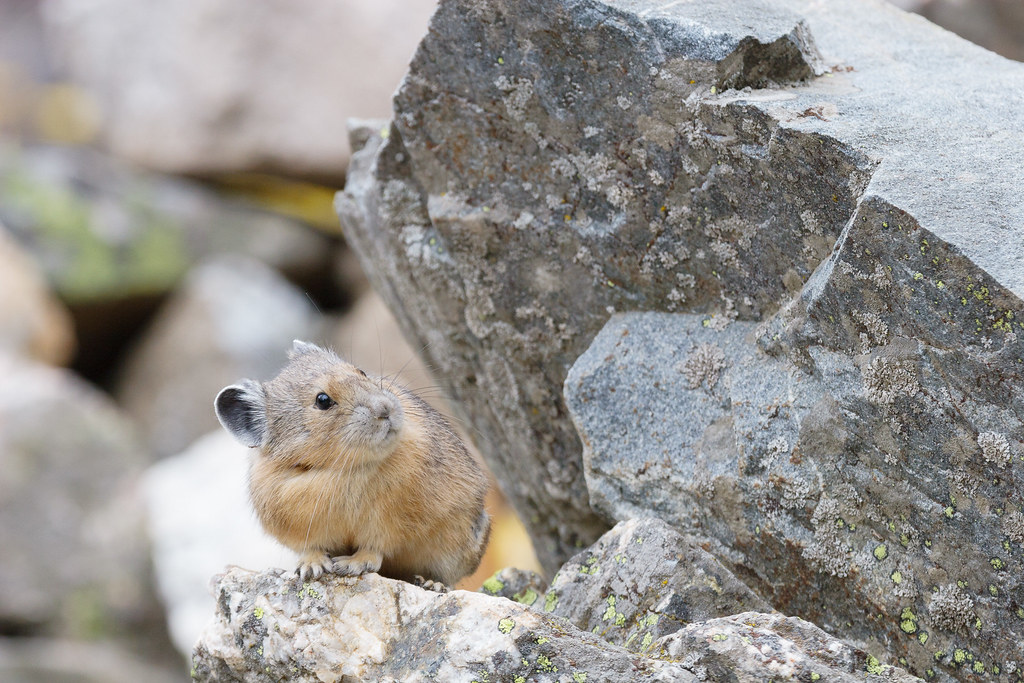 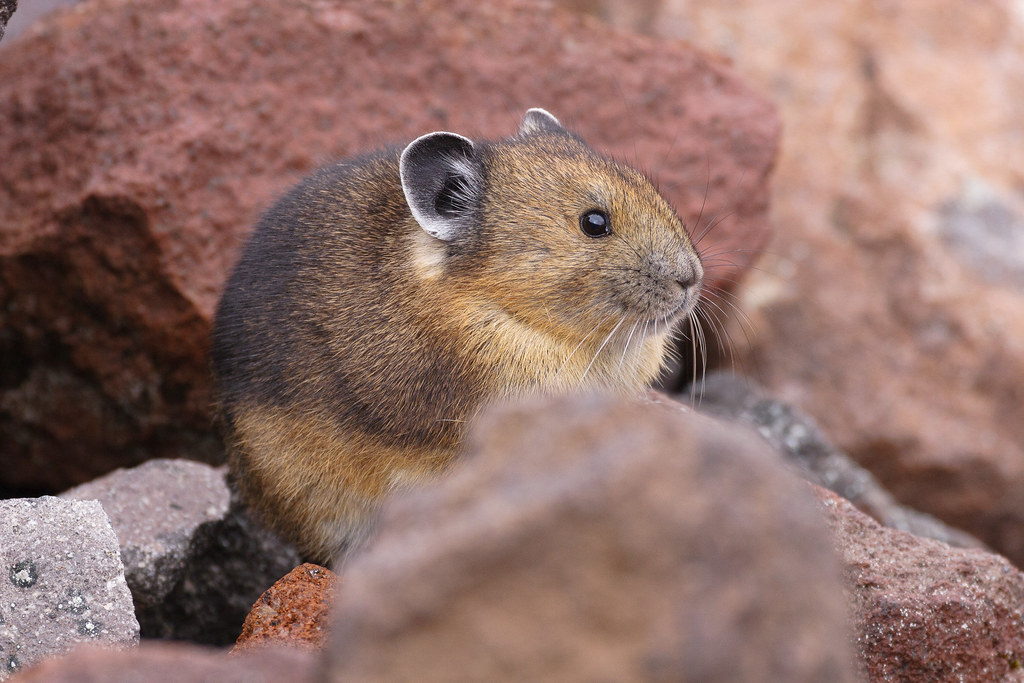 I came across this pika in red rocks somewhere in the Sunrise area of Mount Rainier National Park during my trip in 2008. I say somewhere because for whatever reason I didn’t edit the original picture back then, so it never got added to my now defunct photo site and thus I never wrote about it. While the complete old site will never return, even in the blog there are 915 posts still offline, waiting for pictures to be re-edited and uploaded to Flickr. I’m keenly aware how dependent I am on Flickr for hosting my images and how even the rebuilt blog will go away if something happens to them. Over the years I’ve tried to think of a better solution where I’d be less dependent on the whims of other companies, on things outside my control, but I haven’t thought of one. Flickr doesn’t replicate my old site but it is better in many ways and provides a lot of functionality I can’t easily provide here. 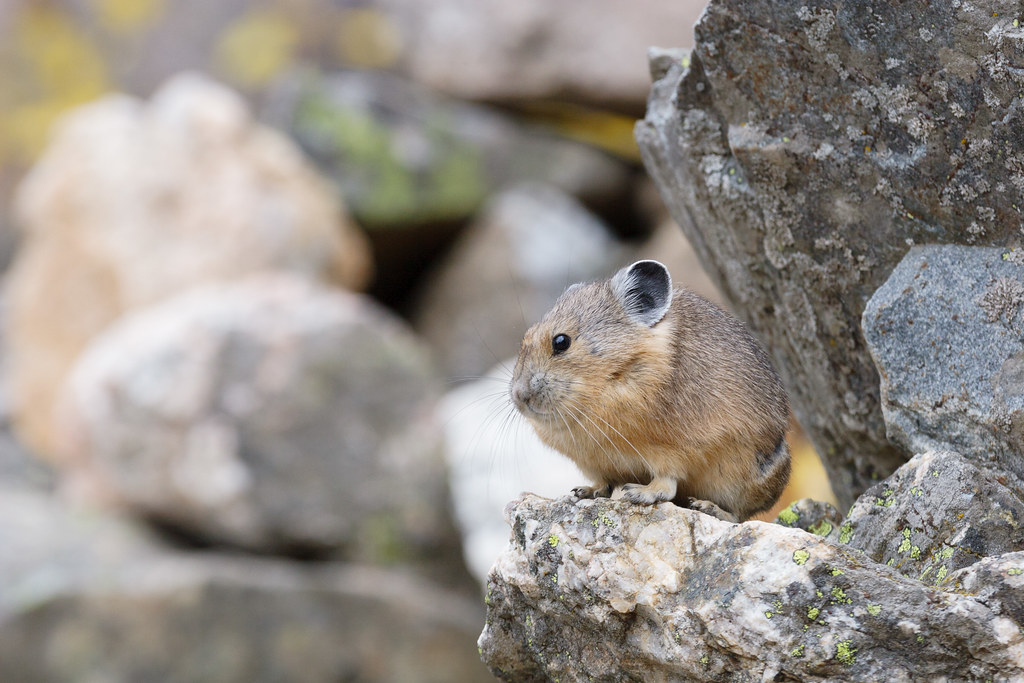 Whenever I pass a talus field as I’m hiking in the mountains of Oregon or Washington or Wyoming, I always look for the rocks that live and breathe, although sometimes it’s my ears that find them first. The amazing pika spends its whole life here, in the rock fields of the high places, and doesn’t hibernate in the long winters the way so many other mammals do. The warming climate is going to be hard on these remarkable creatures as they rely on snow to insulate their homes during the coldest weather. At a younger age I couldn’t comprehend why the same people who insist in the truth of Noah’s ark would so eagerly condemn such a creature to extinction. The answer would break my heart. 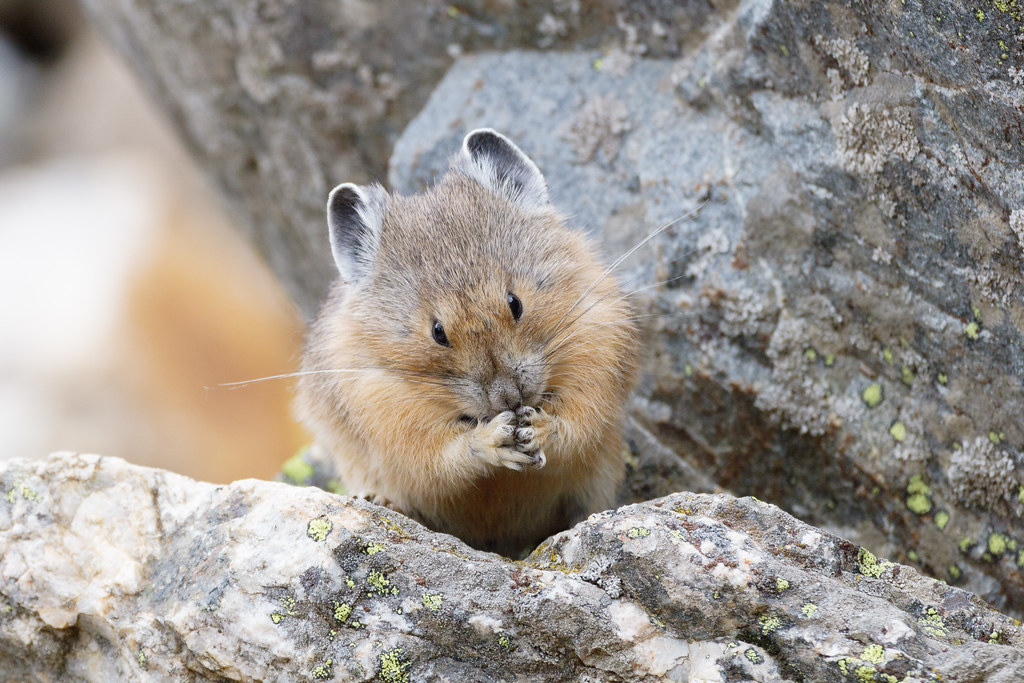 I came across this beautiful pika just below Inspiration Point on the trail into Cascade Canyon in Grand Teton National Park. I was delighted to see one again on this trip in 2006 as I fell in love with them the first time I saw one in 2005 (on the trail to Death Canyon). I had to turn around not much further up, as the trail narrowed to a small ledge on a tall cliff, and with my fear of heights even on my hands and knees there was no way I was willing to go on. 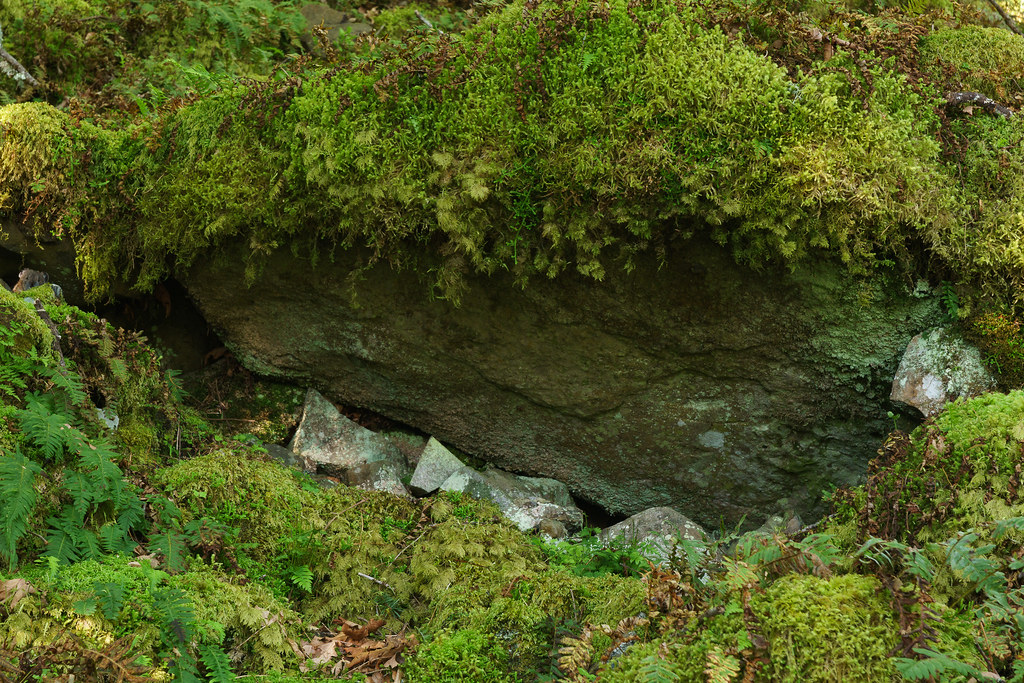 I left early this morning to hike in one of my favorite spots, the short trail in the Columbia River Gorge from Horsetail Falls to Upper Horsetail Falls and on to Oneonta Falls. I was mostly interested in shooting video of the waterfalls, with some photos too, but stopped to shoot this moss-covered rock in a talus field. My heart filled with joy when I noticed a familiar face looking back at me, an American pika that I hadn’t seen when I stopped (it’s on the far left edge of the frame in the middle, looking straight at me). The location might seem surprising if you know much about pikas, as I was close to sea level and pikas normally live high in the mountains. But there is a population here in the Gorge, they live at the lowest elevation of any pikas in the United States.

I had seen them in the Gorge several times before, once near Multnomah Falls and a couple of times on the way to Angel’s Rest, but I had passed by this spot a number of times and never seen (or heard) them. I always look when I pass a talus field, I can’t help myself, pikas are always a treat to watch. I hadn’t even brought my 100-400mm lens on this hike as I don’t usually see much wildlife on this trail and I was just taking a quick hike while it was still cool (it was unusually hot today and is going to bake tomorrow). I wouldn’t have had time to get out the lens anyway, I didn’t see the pika for long, but I did hear it calling out several times as it moved about invisibly under the rocks. 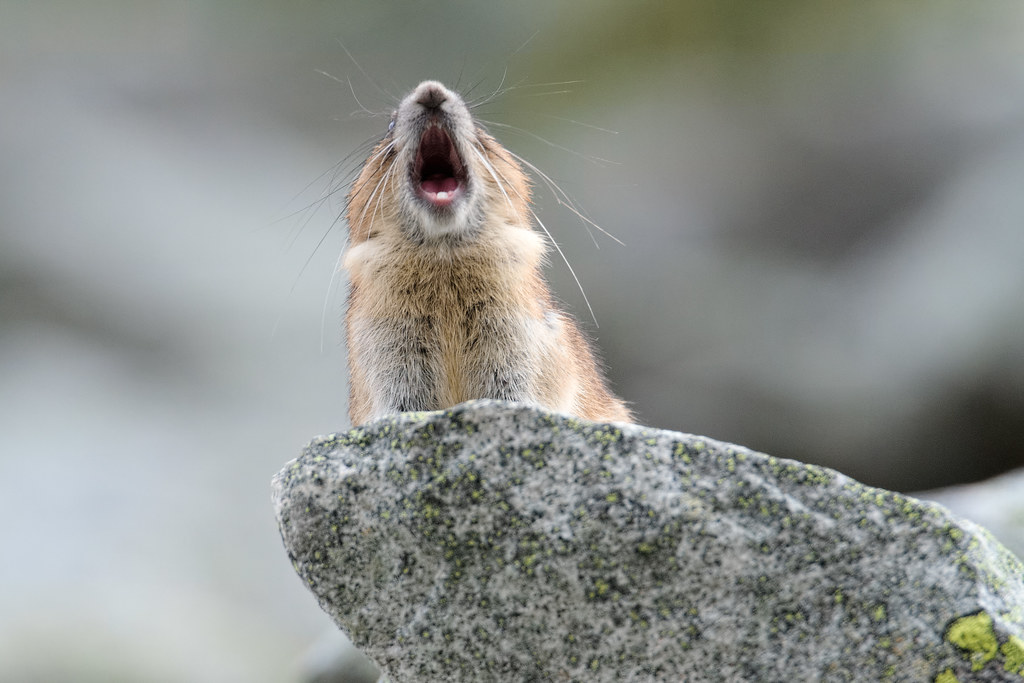 Music to my ears. 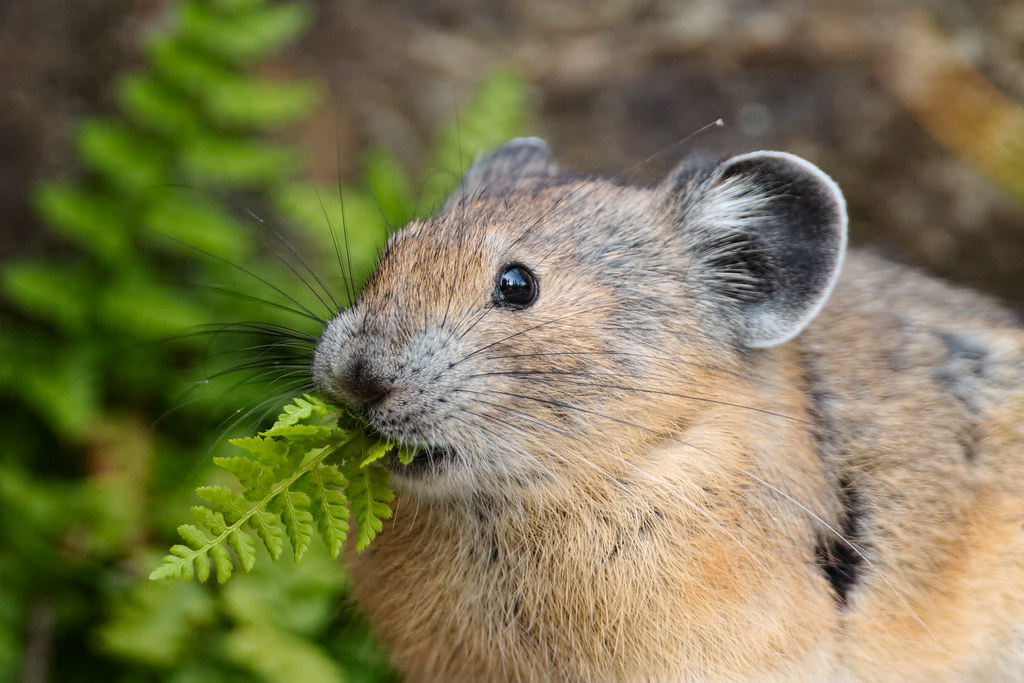 Sometimes when looking at my wildlife pictures it’s hard for me to remember how big or small an animal really was without something familiar to provide a sense of scale. I don’t get to see pikas that often so this time, to help me remember their size, I took a picture of one eating a Christmas tree.