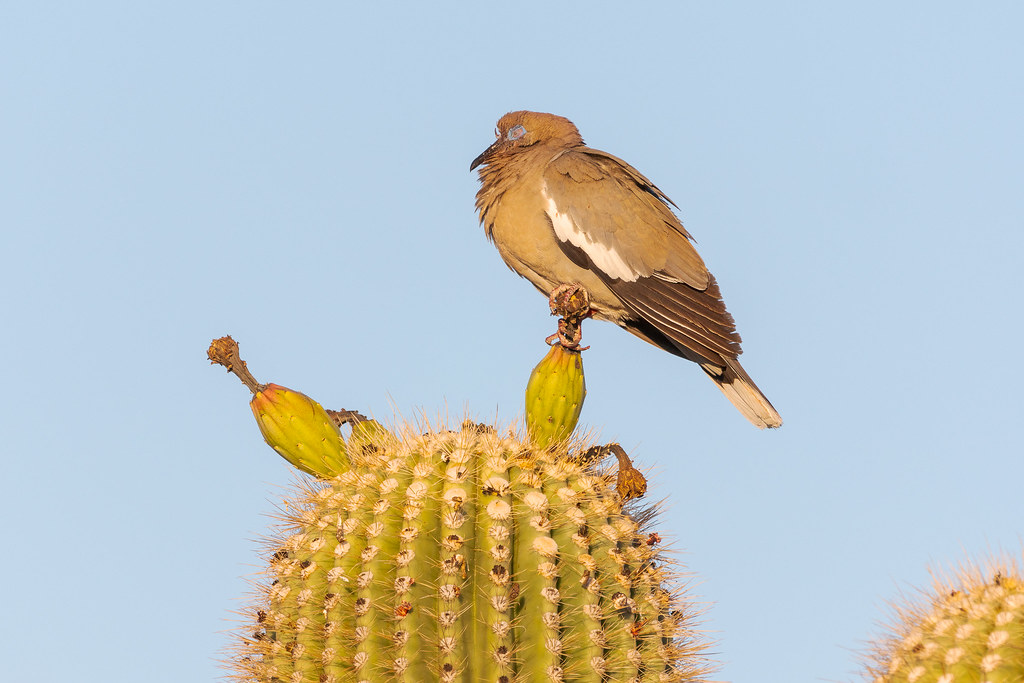 A white-winged dove takes a short rest during the feeding frenzy that is the saguaro fruiting season, taken last July. I’ve barely seen them in the desert so far this spring, although we have had a handful in our backyard. 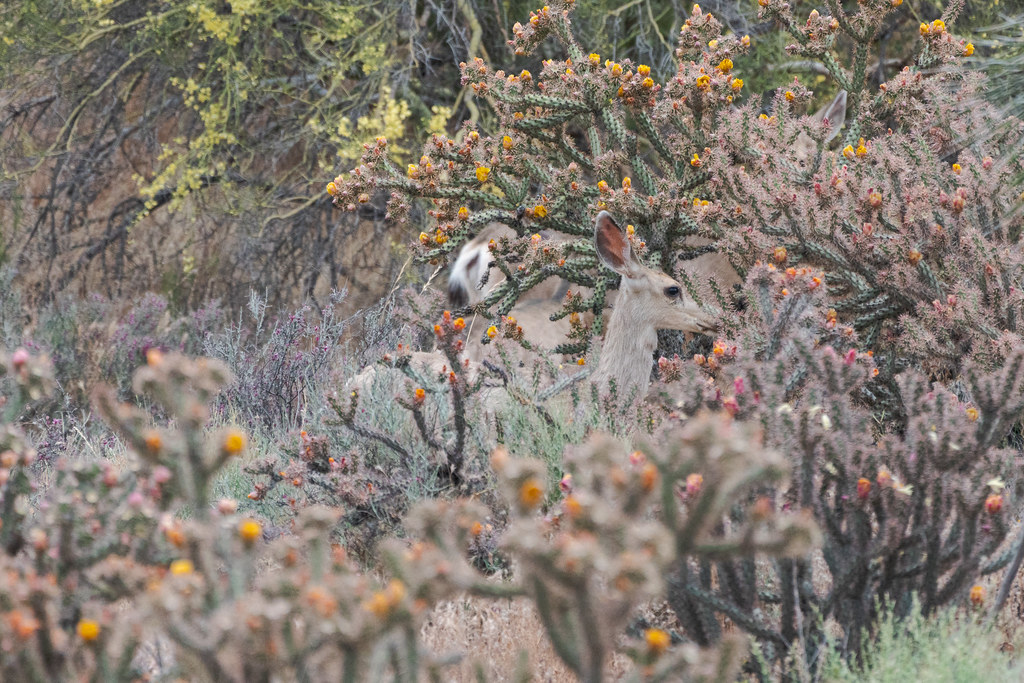 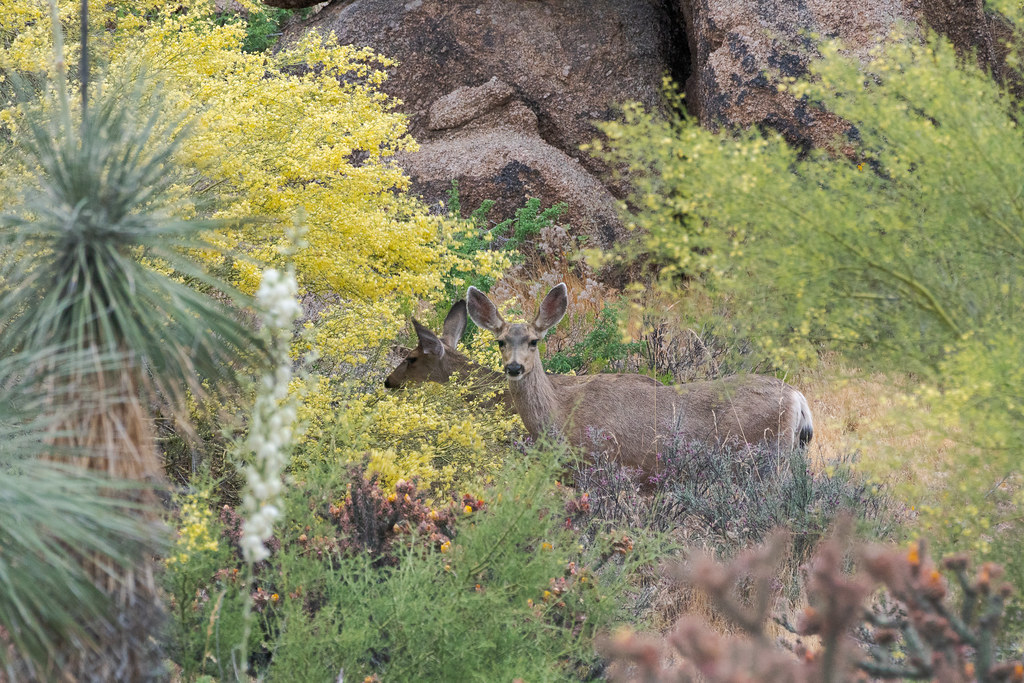 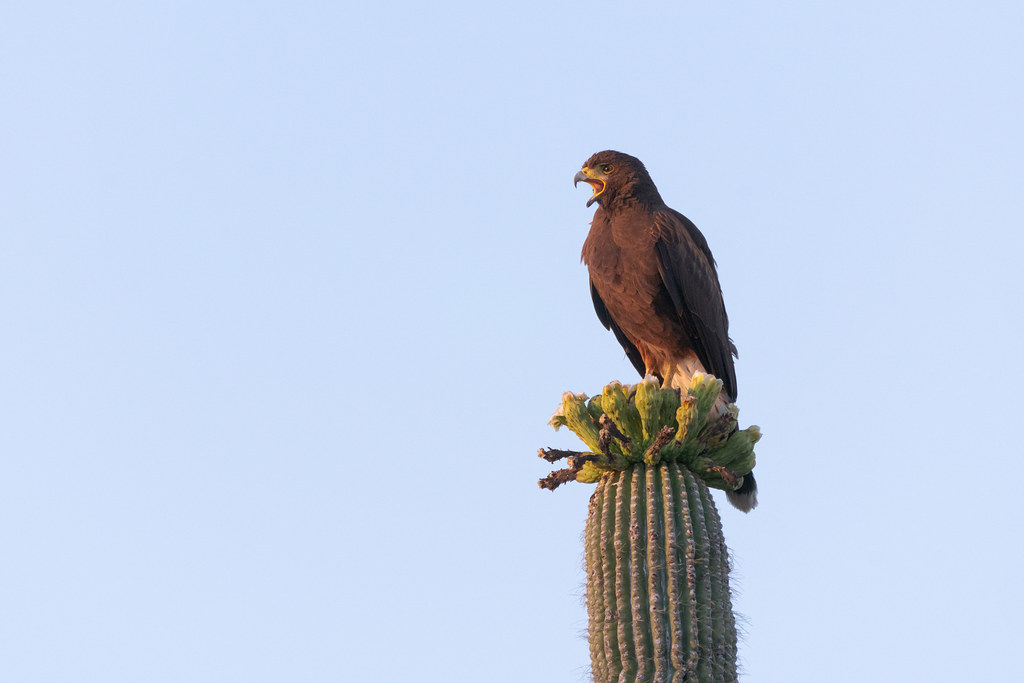 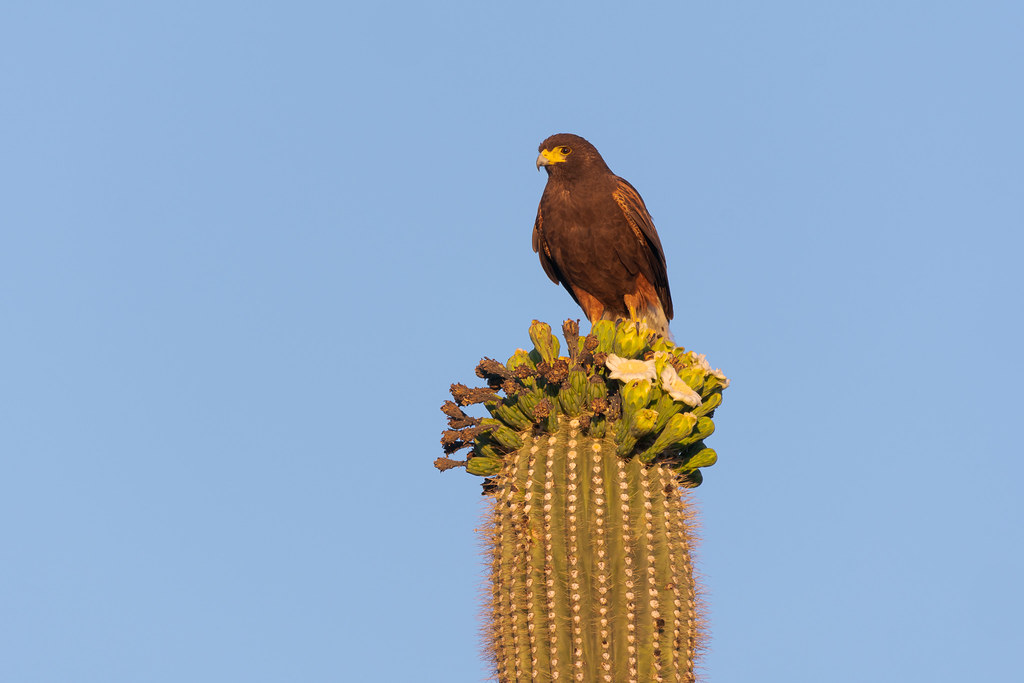 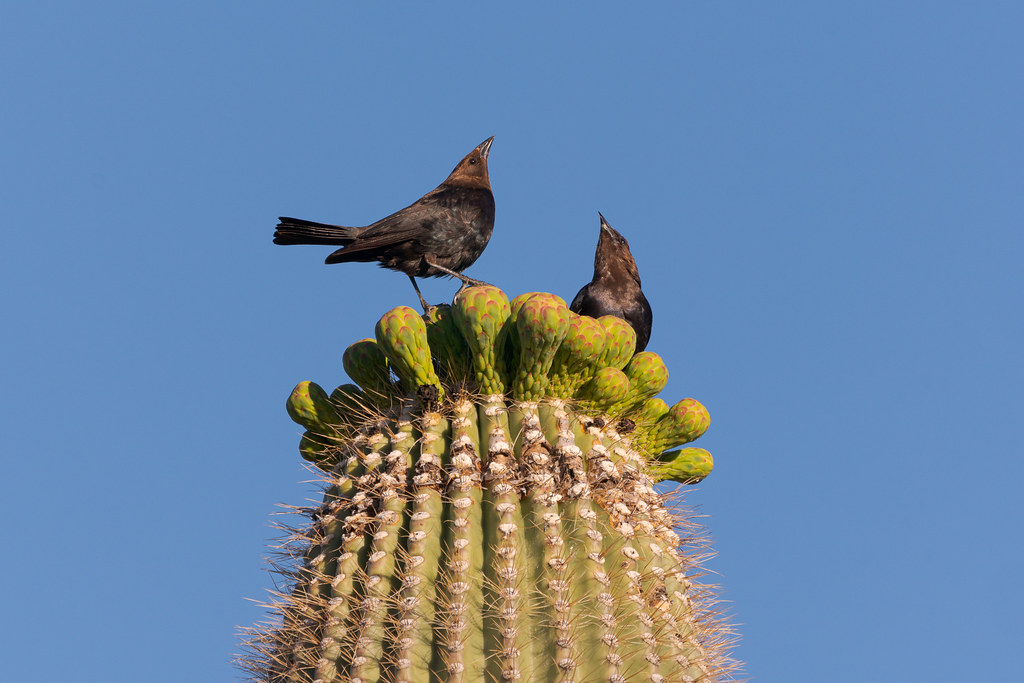 A male brown-headed cowbird was singing atop an old saguaro when it flared out its wings and then arched its back and pointed its head into the air. The reason soon became clear as another beak came into view, followed by the rest of the head. A second male had flown onto the opposite side and was inching its way up from below. It flew off pretty quickly and the original male gave chase. 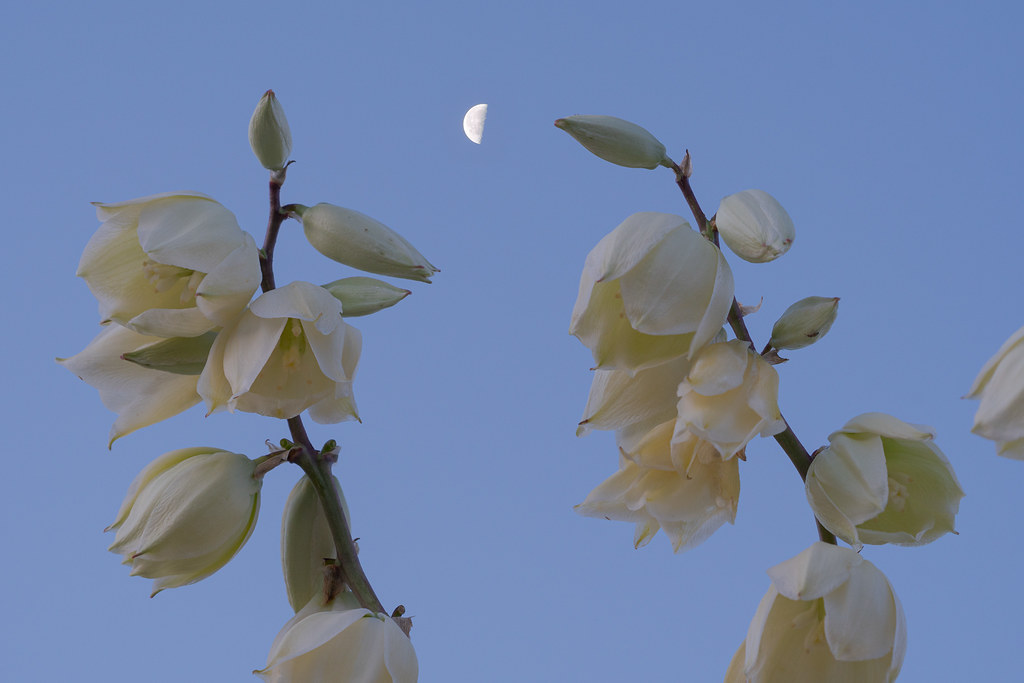 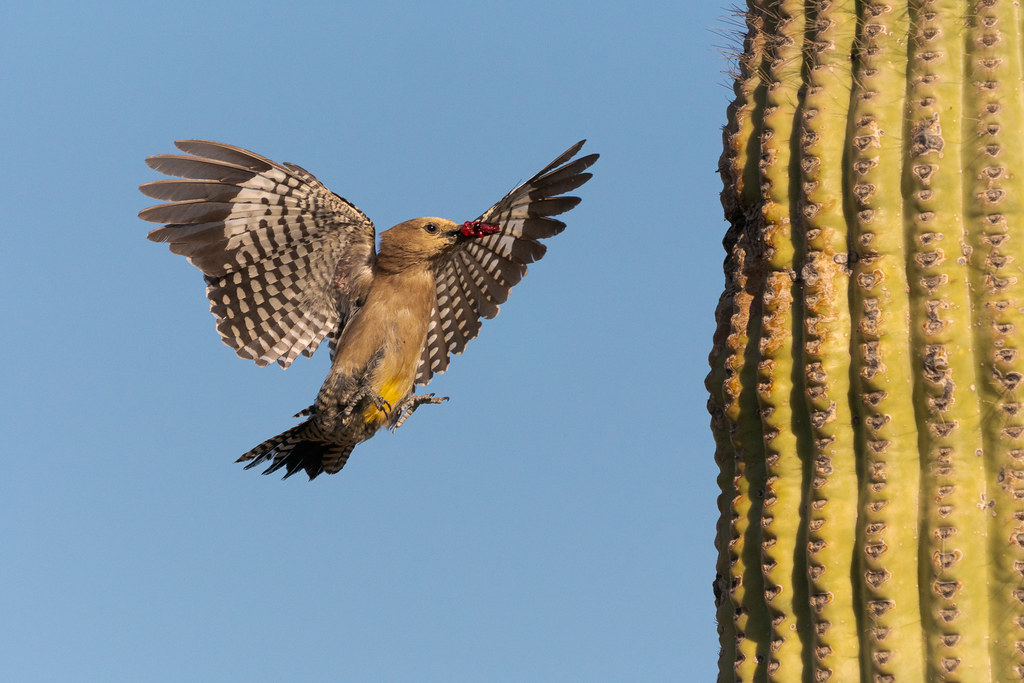 Early on a spring morning, a Gila woodpecker brings food to her hungry babies waiting inside the saguaro. I’m not sure what she’s holding in her bill, my first thought was fruit but I couldn’t tell for sure (the saguaro’s aren’t fruiting yet). What a jewel she is! 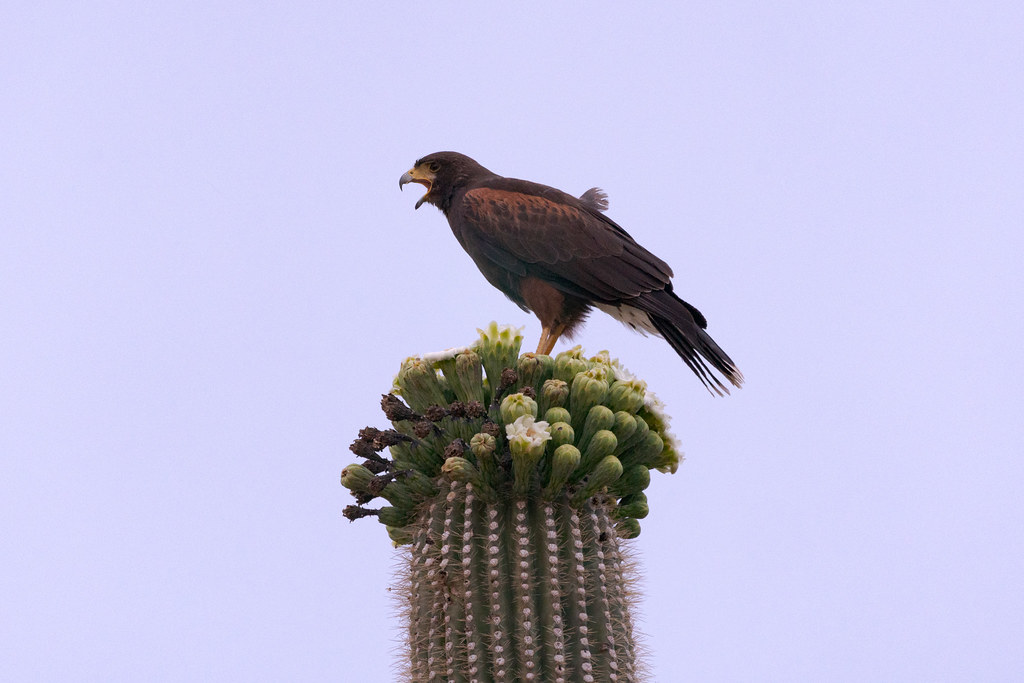 A Harris’s hawk calls out from atop a blooming saguaro in the moments before the sun rises above the distant peaks. I’m guessing it did rise, a heavy cloud cover blanketed the desert so the sun hid its face most of the morning. Perhaps the hawk was staying in touch with another hawk on a nearby saguaro, or perhaps like me it was protesting the earlier and earlier rising of the sun. My alarm went off at 4:15am that morning! 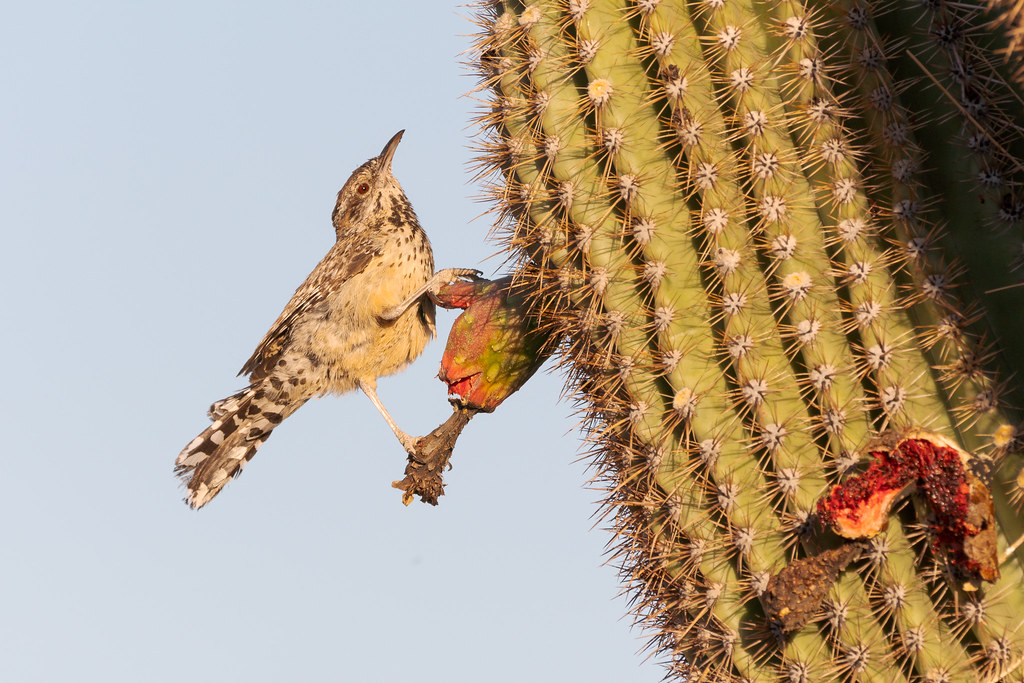 It has been a sad day but not a day without beauty. In between talking to the vet in the morning and taking Ellie in to be euthanized, I walked into my office and saw Boo and Trixie transfixed in the window. I walked over assuming they were looking at a bird and was delighted to instead see a western whiptail in the bushes next to the window, a favorite lizard on the trails but a new yard species for me. When we got home with heavy hearts after saying goodbye to Ellie, I saw a cactus wren in the backyard, a first for the new house although I had seem them at the rental house and of course on the trails. This one was perching on a saguaro fruit last summer in McDowell Sonoran Preserve. 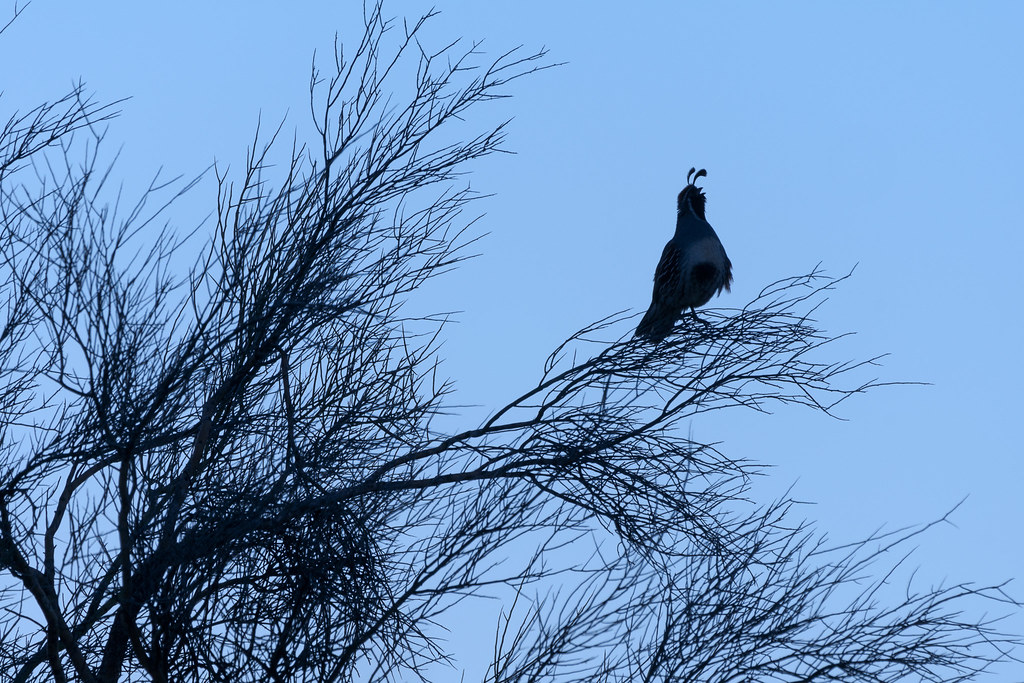 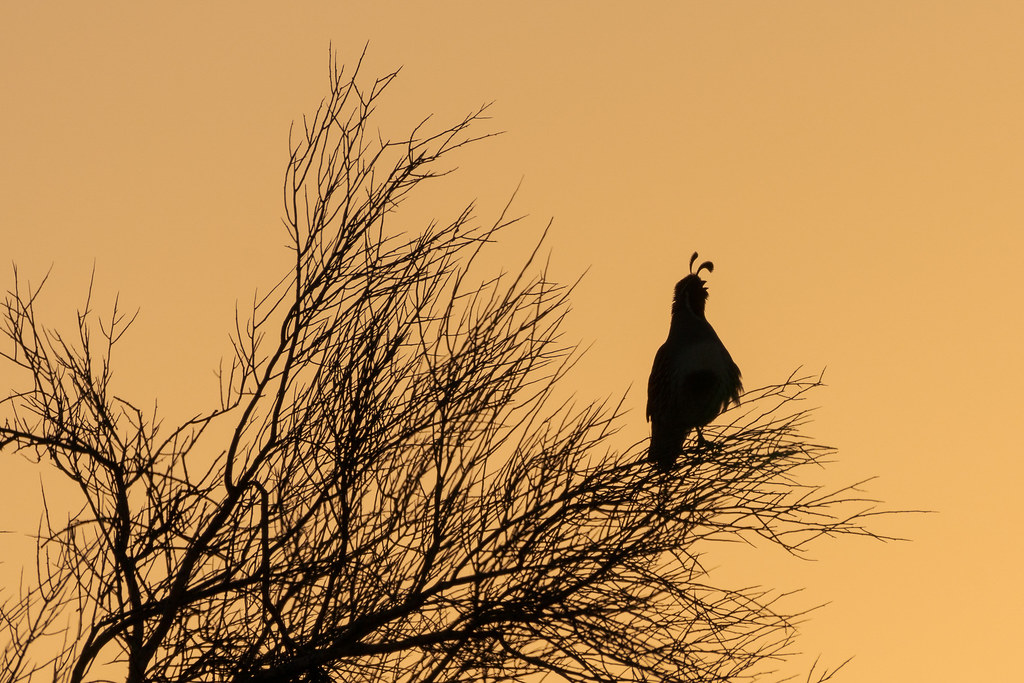 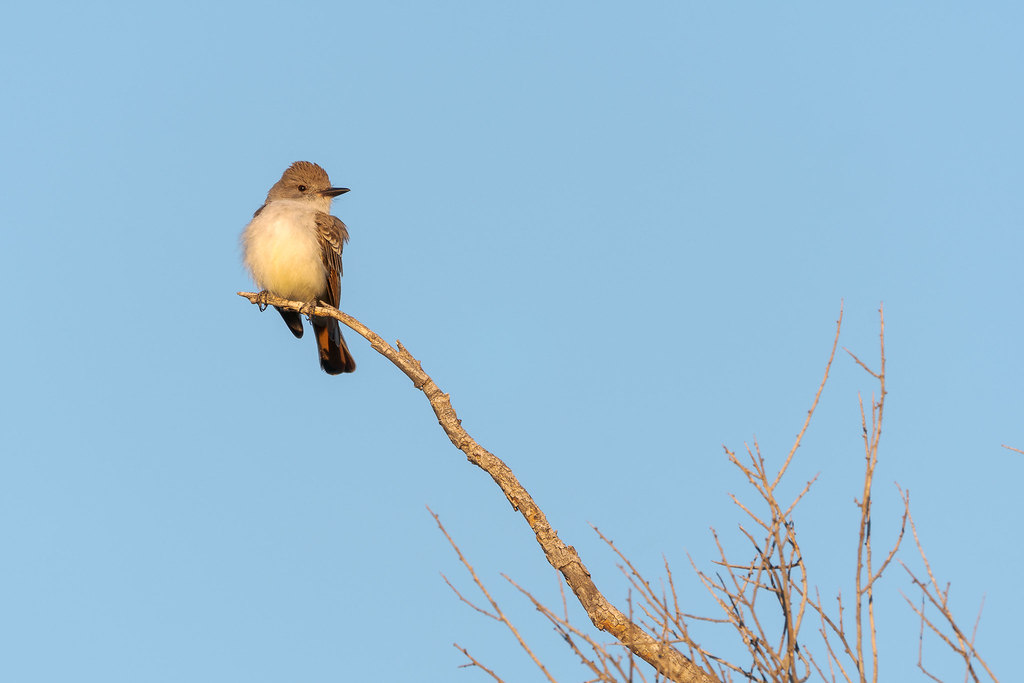 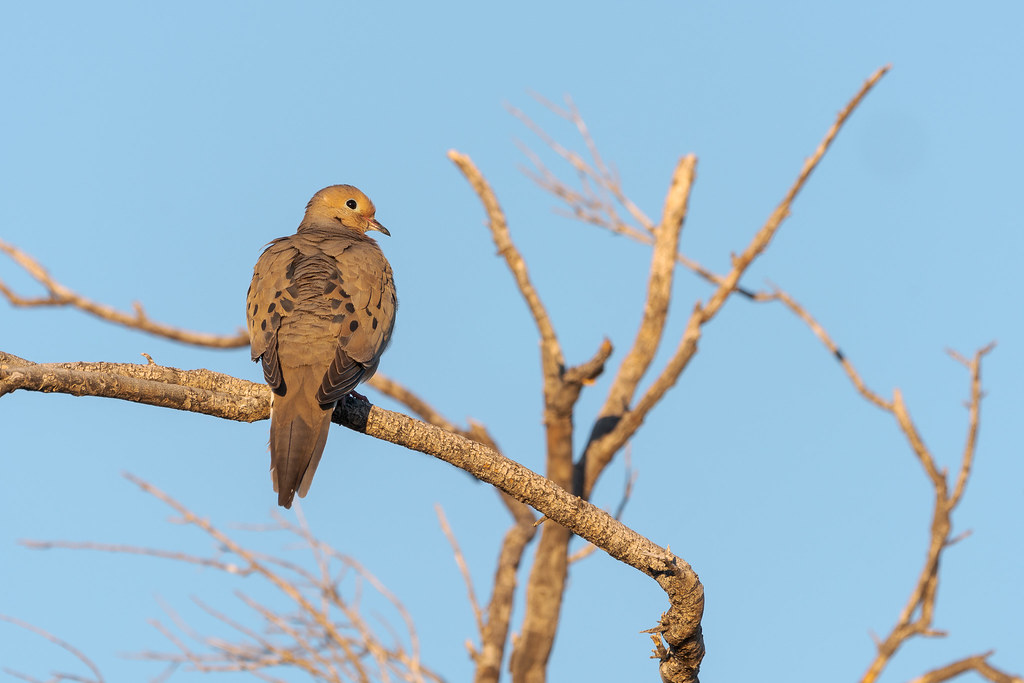 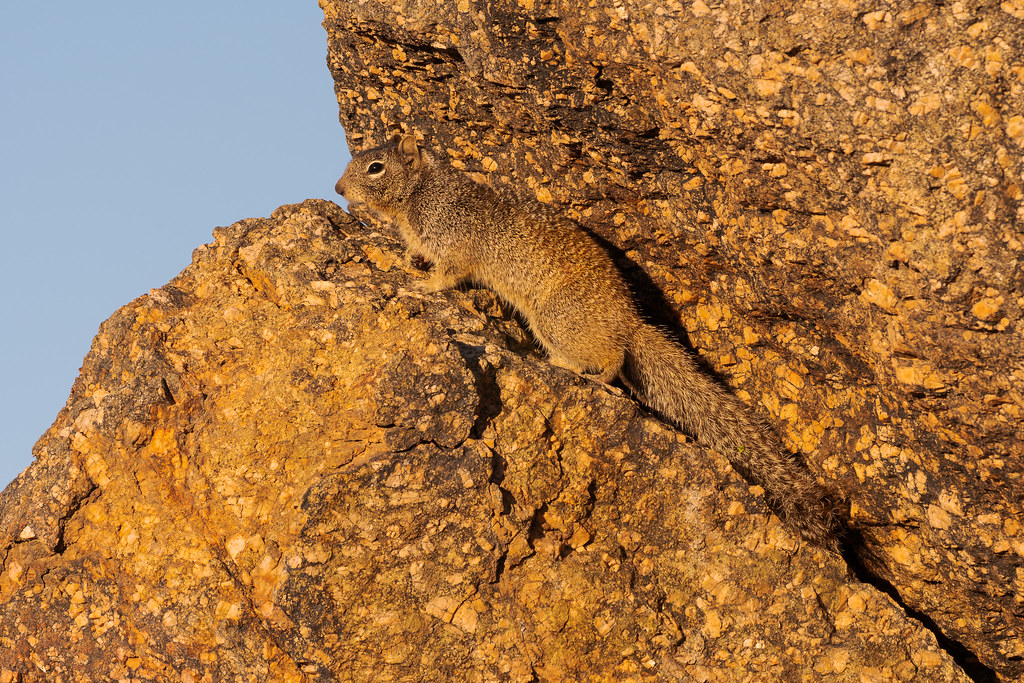 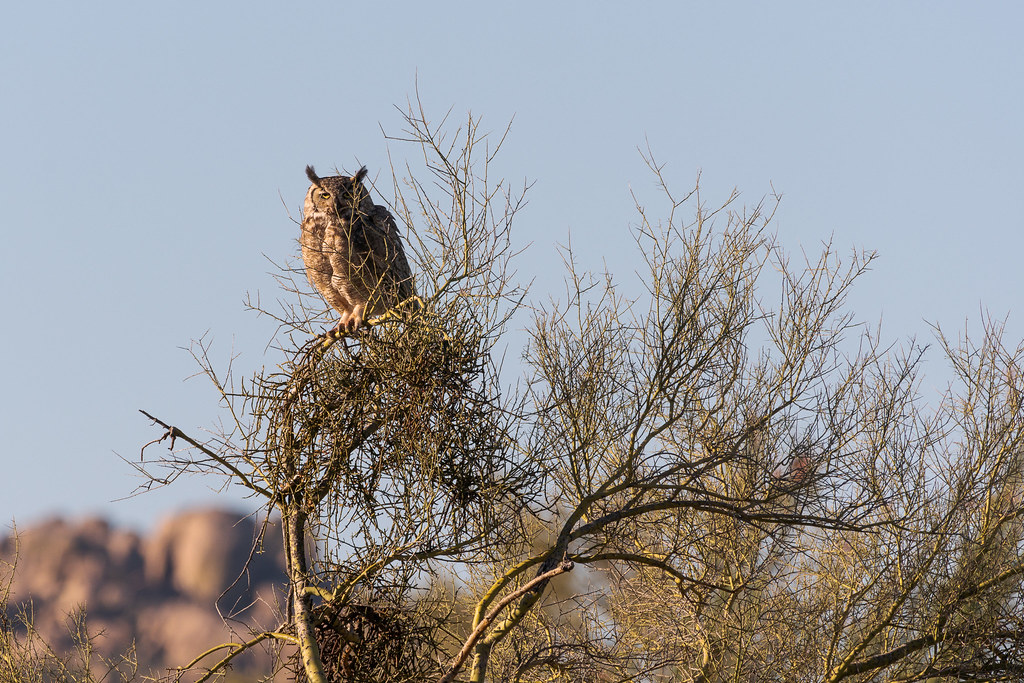 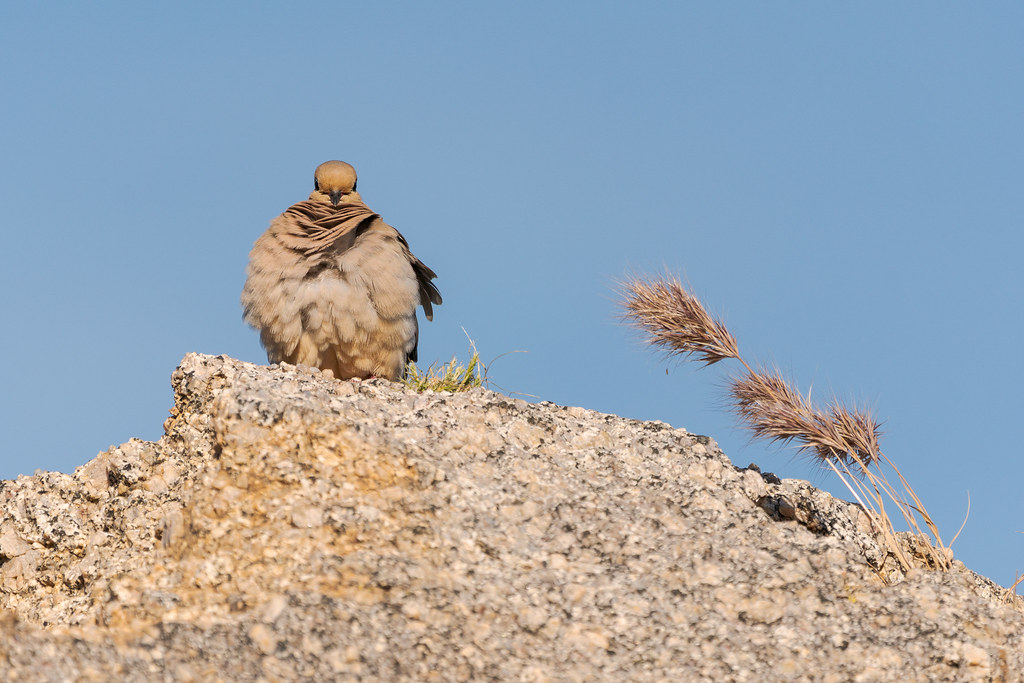 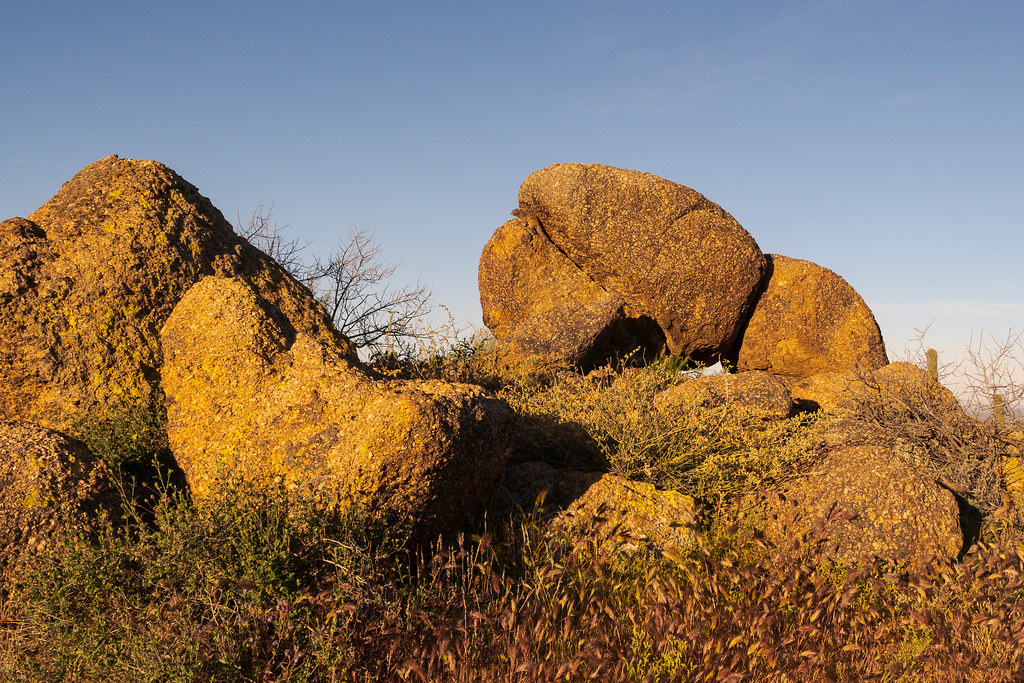 A rock squirrel peeks out from the rocks it calls home. A great horned owl was nearby, itself being harassed by an American kestrel, perhaps it got too close to her nest. A little later I saw a grasshopper fly off and impale itself on a buckhorn cholla. Life isn’t easy in the desert, even in a lovely spring.