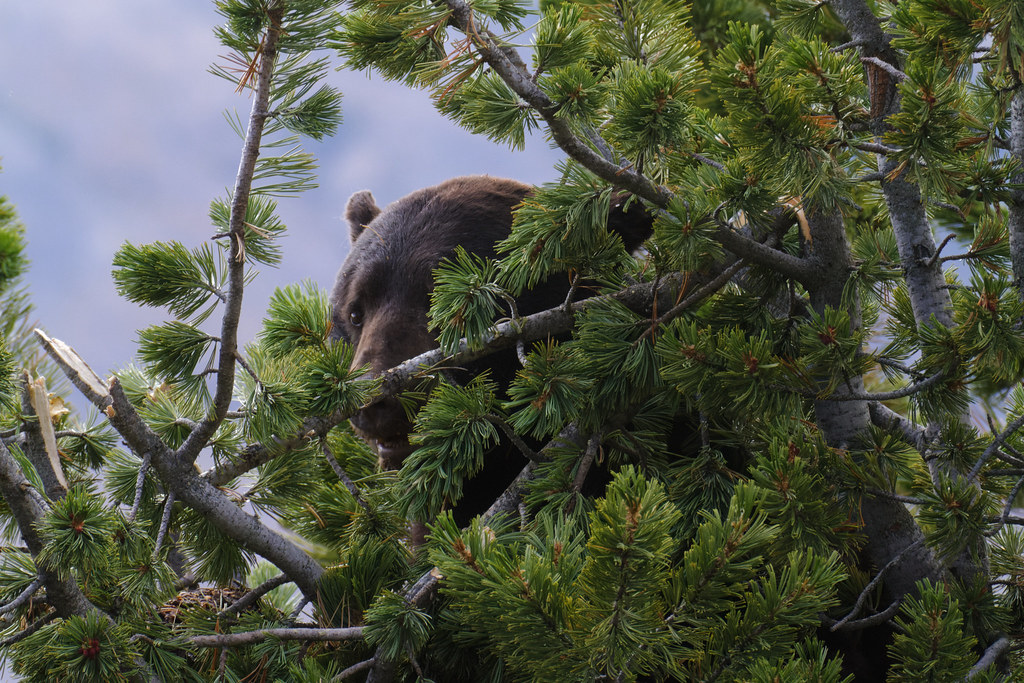 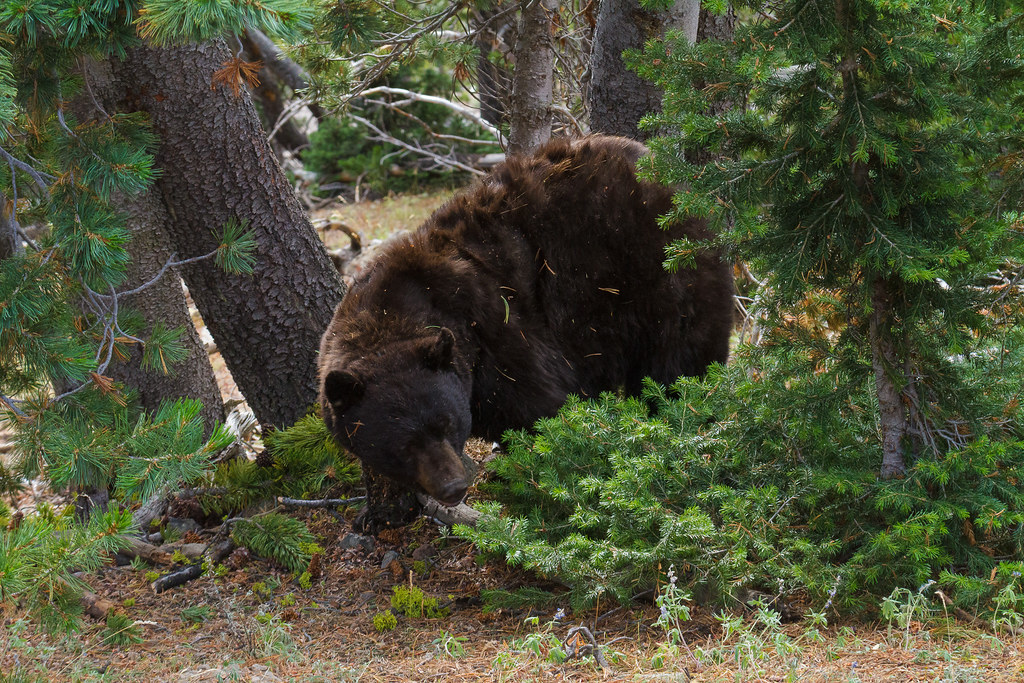 I’ve always taken great comfort in photographing the same scene over time so it was a delight on a visit to Yellowstone in 2011 to retake a shot from 2009, although this time with a difference: I used a telephoto instead of a normal lens. 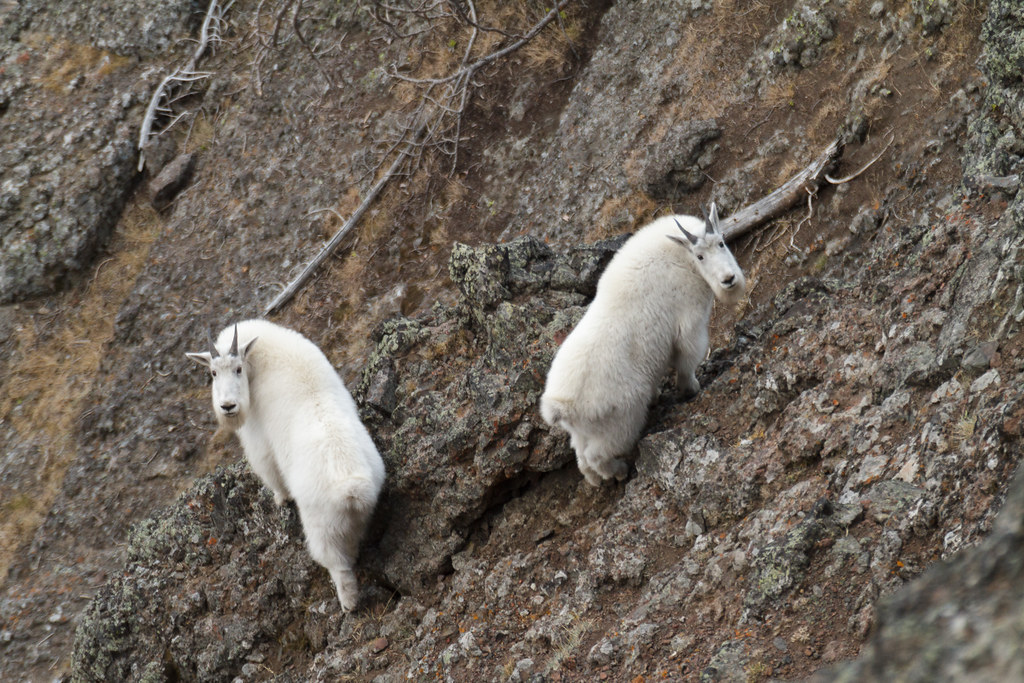 This pair of mountain goats reminds me of a pair of Kiwis (or were they Aussies?) that I met at the lookout on the top of Mount Washburn. They were young and touring a bunch of national parks in my homeland and asked my opinions on my favorite parks. They were lovely folks and although I headed back down the trail before them, they later came running past, saying the ranger had told them there were mountain goats near the trail. I kept my walking pace and arrived a short time after them, but the goats were already all the way down the hill and moving off. I got a quick picture but a better memory, meeting nice people on the trails is one of the joys of our national parks.

The goats aren’t native to Yellowstone but they were perfectly adapted to this part of the park, I was astounded at how quickly and easily they covered the steep slopes below the trail. I was even more impressed by the time I arrived back at the car, huffing and puffing, and unconvincingly consoled myself that they’d probably be equally slow and tired if they were carrying a heavy camera and lens. 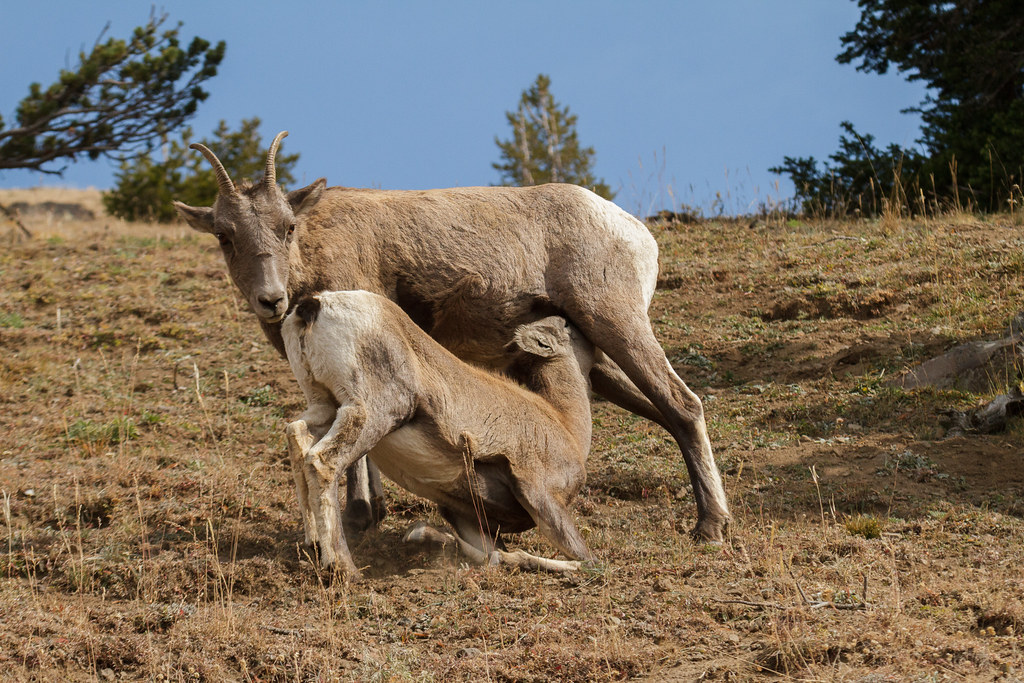 This bighorn sheep calf was getting rather large to still be nursing so it had to get down on its knees to be able to drink its mother’s milk. The mother only let it nurse for a short time before moving on. 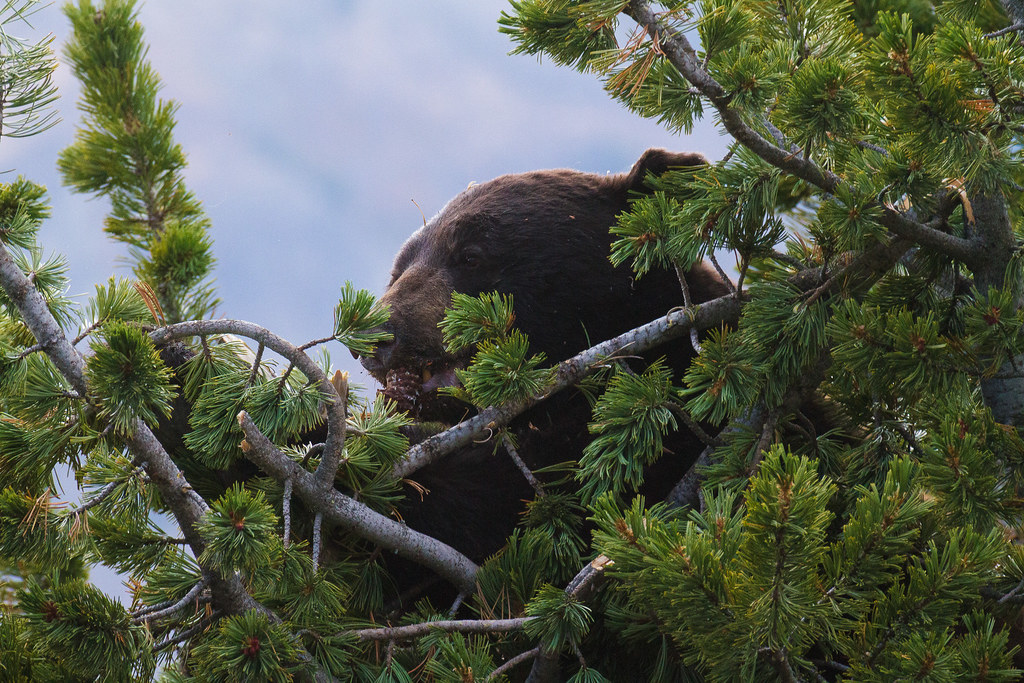 I met a group of bighorn sheep ewes and lambs while hiking up to Mount Washburn on the last day of my trip to Yellowstone in 2011. They were on the trail itself and while it is a wide trail it was still a bit unnerving to have to walk so close. They were very relaxed, however, so I put the telephoto end of my zoom to good use and played around with some close-ups, including this shot of a ewe’s tail.