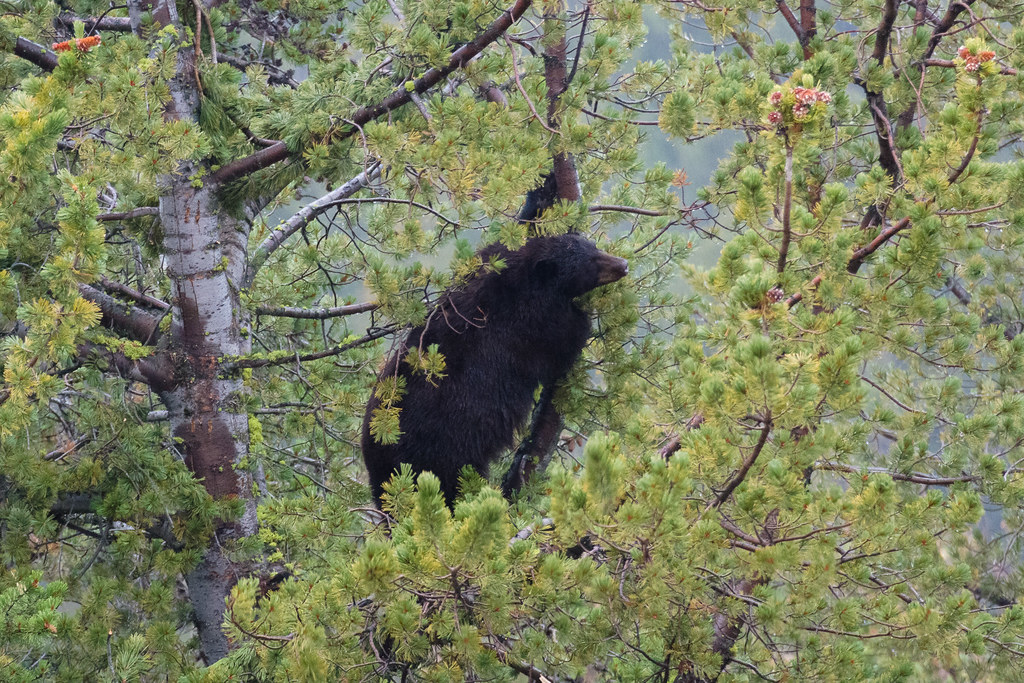 A black bear gazes longingly at pine cones just out of reach high in a tree on a rainy fall evening at Yellowstone in 2006. I felt for her, trying to fatten up as much as she could for the long Wyoming winter but not wanting to risk injury and condemning not just herself but also her two young cubs. She and the cubs all made it down safely after eating the seeds in the cones, one cub in particular eating its fill. 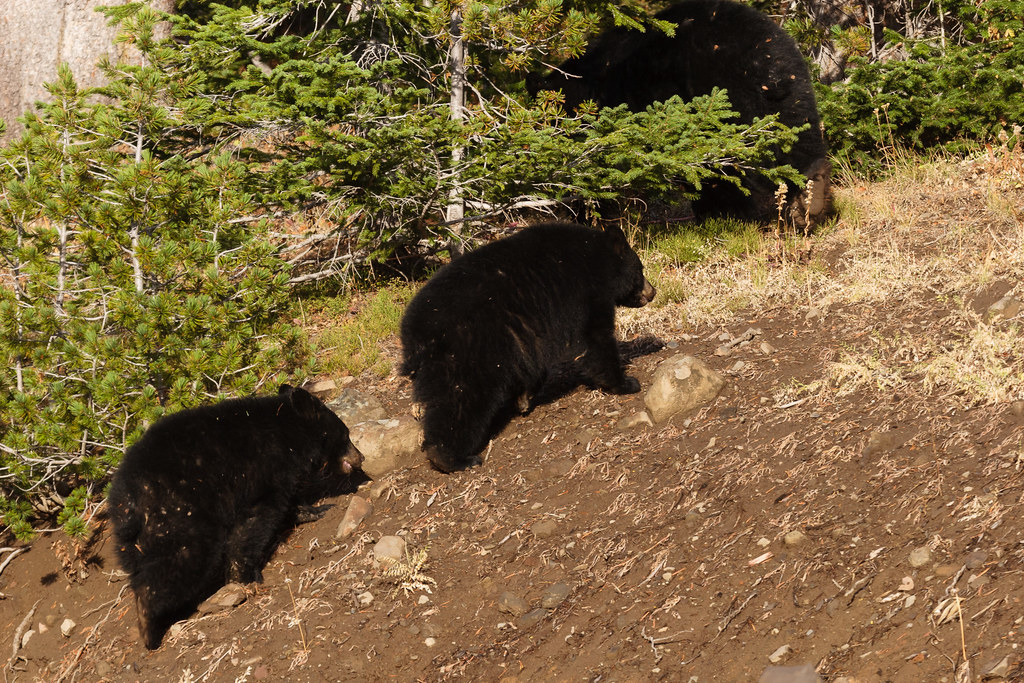 Two black bear cubs follow their mother into the forest in Yellowstone National Park (from 2006). 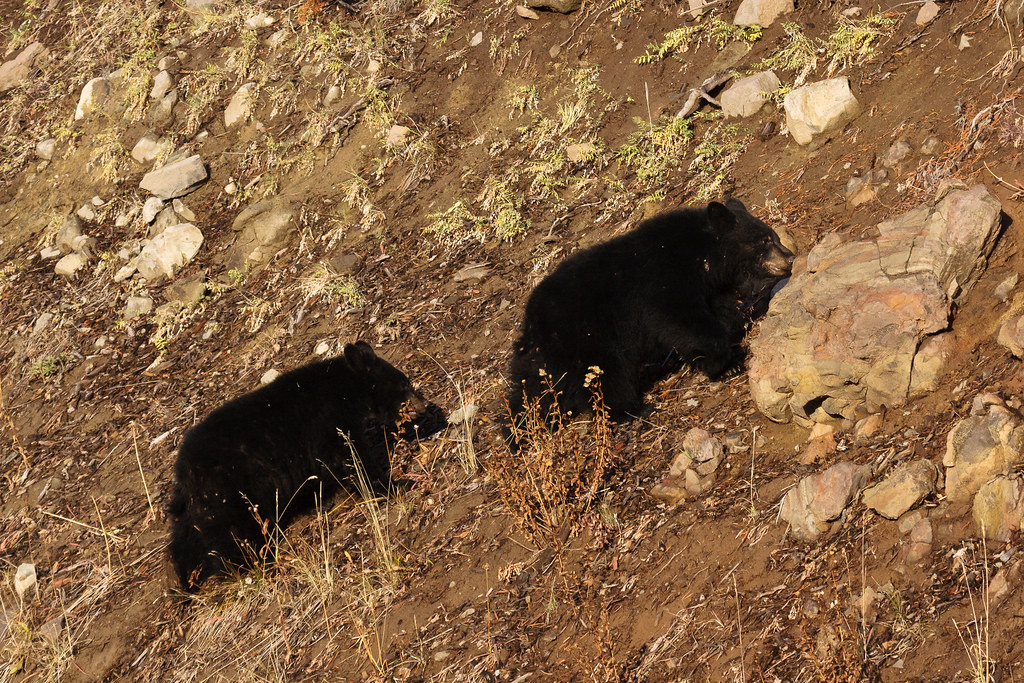 Two black bear cubs follow their mother (she’s just out of frame to the right) up a hill in Yellowstone National Park in October 2006. She was very protective of these two, when another adult bear came wandering by she sent them scurrying up a tree without waiting to see if the other bear meant trouble (it didn’t). The cubs were still quite small compared to an adult but were much heavier than they would have been in the spring, a necessity for the winter that arrives early in Yellowstone. 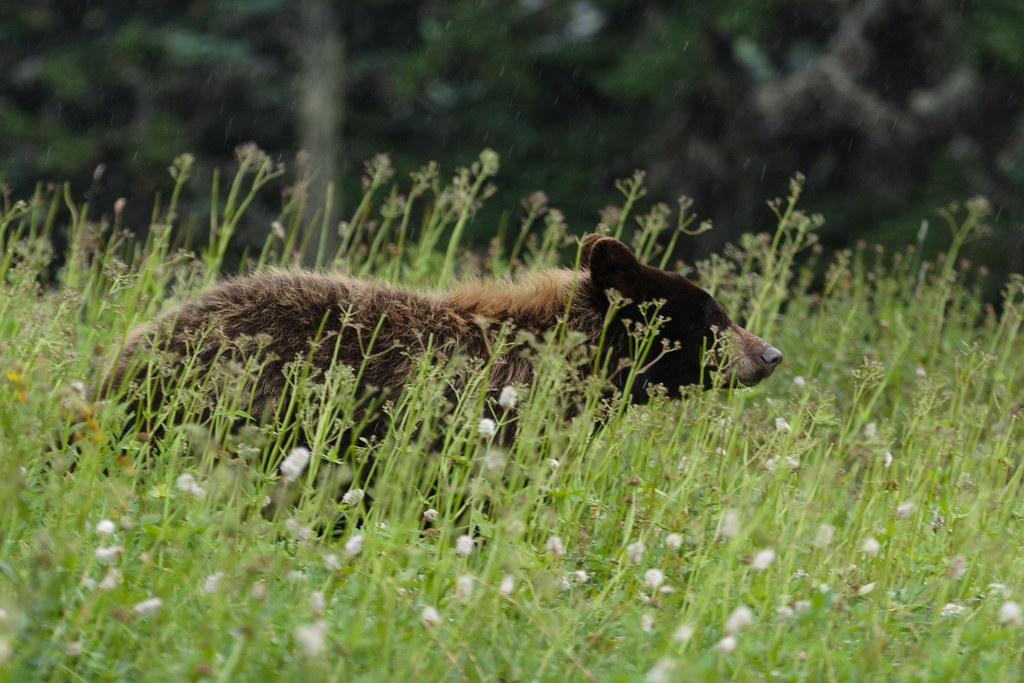 A bear searches for food. A rain falls in fall. A meadow before the mountain. 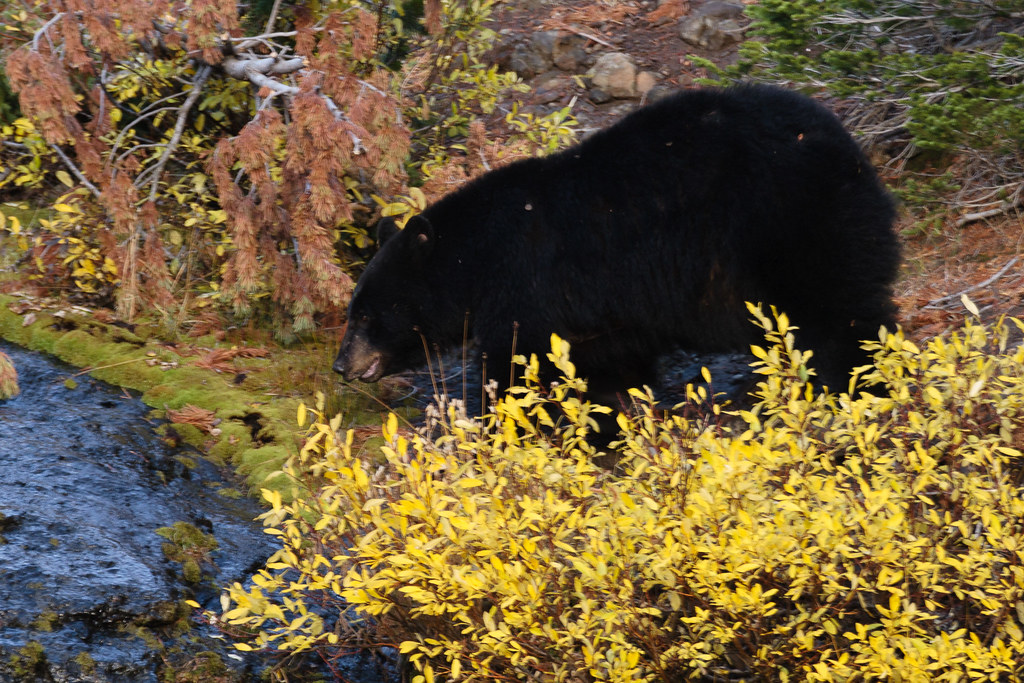