So if you’re walking down the street sometime
And spot some hollow ancient eyes
Please don’t just pass ’em by and stare
As if you didn’t care, say, “Hello in there, hello”
John Prine “Hello in There”

So sorry to hear of John Prine’s passing, one of too many we’ve lost to Covid-19. I first heard his song “Hello in There” on a VHS tape I bought in my college days from the 10,000 Maniacs and was immediately transfixed by its beauty and its pain. Performed by lead singer Natalie Merchant and Michael Stipe of R.E.M. and Billy Bragg, I initially assumed the song was one of Bragg’s since I was as yet unfamiliar with his work (the other two were already favorites) only to find it was one of Prine’s. Both the cover and the original are dear to me, resonating as strongly today as they did in my youth. Goodbye to a quiet giant, and thank you. 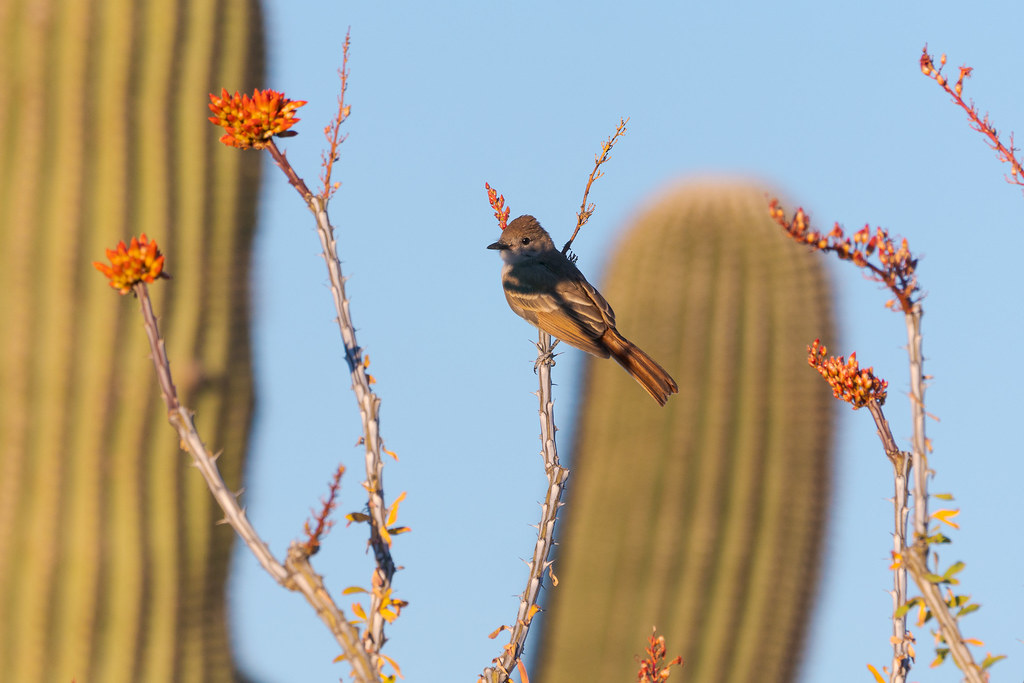 When we first moved to Arizona I instantly fell in love with ocotillos, their long thin arms spiraling into the sky. Their tips usually bloom with an explosion of reds and yellows and oranges although sometimes it’s a more subtle mix of browns and grays and whites with a splash of rufous. 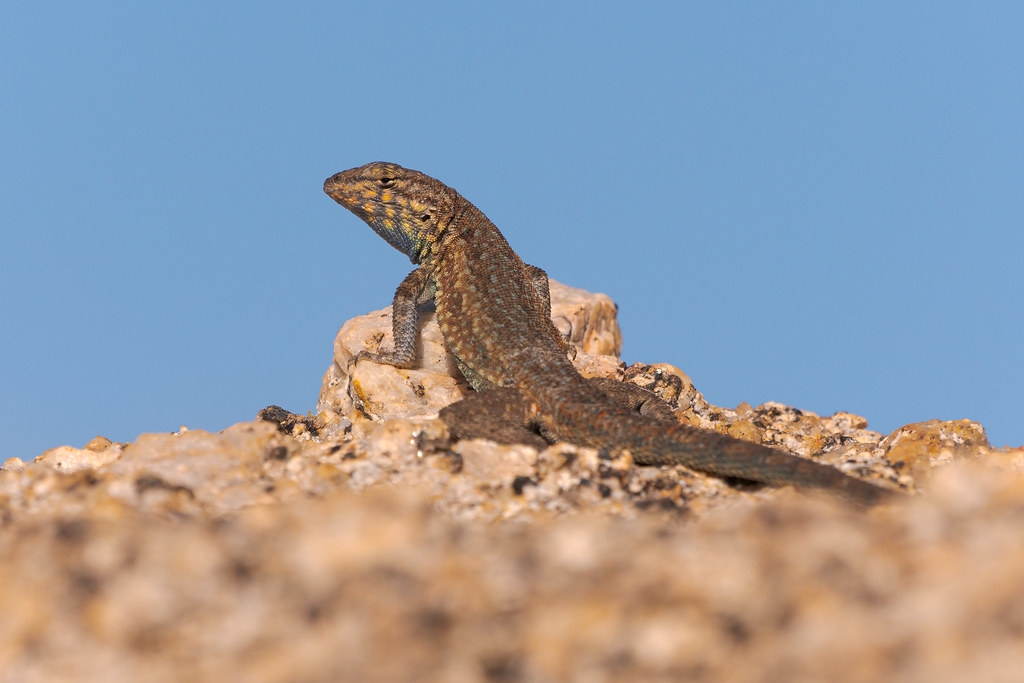 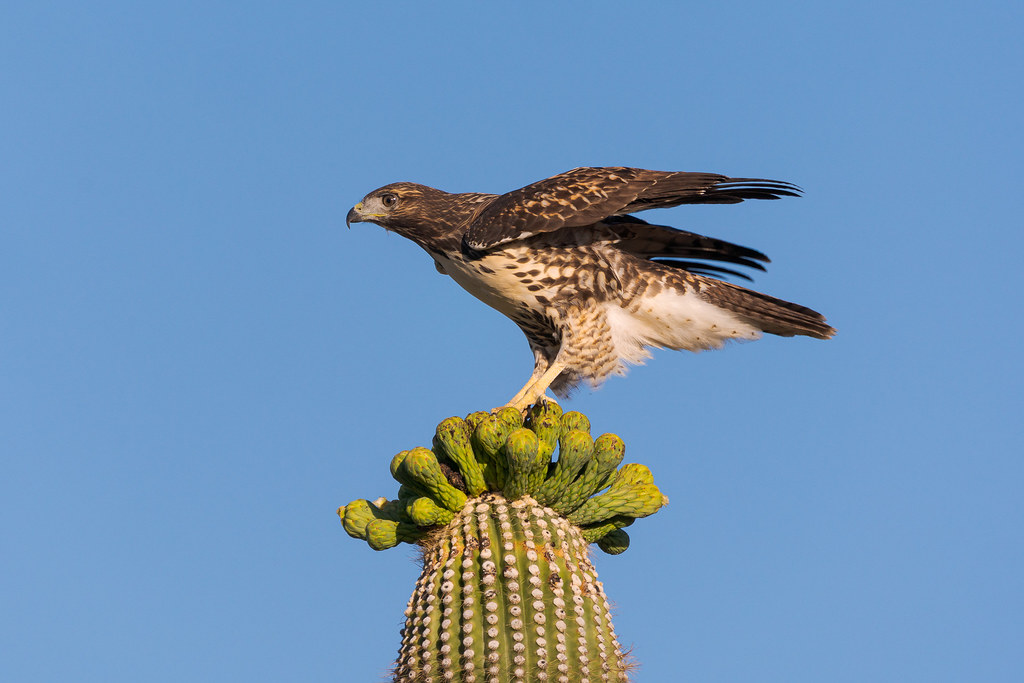 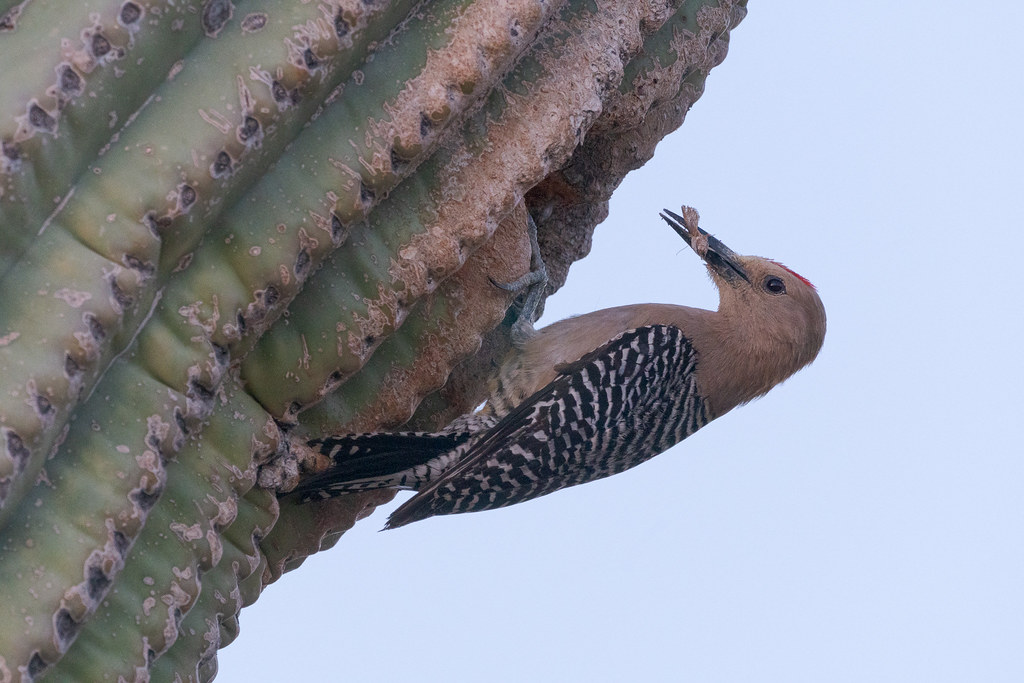 Usually I see woodpecker nests in vertical saguaro arms but this male and his mate had chosen an angled arm. At 5:20 am with the sun about to rise they were already bringing food to the nest, in this case a moth. Given the angle to the sun I wasn’t sure if the light would illuminate them when the sun came up or if the saguaro would cast them in shadow, and I still don’t know, as while they brought food to the nest at first they started holding back. Raising young is precarious and stressful enough so while I suspected they would quickly come to not see me as a threat I didn’t want to risk it and continued up the trail. 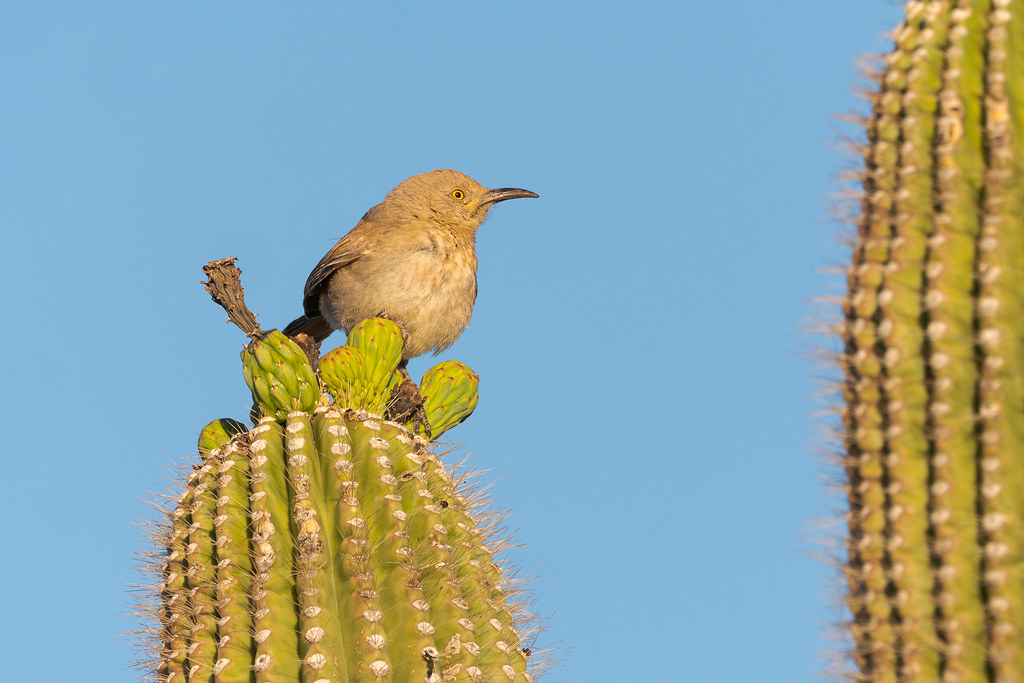 This curve-billed thrasher flew in while I was watching some woodpeckers. Thrashers are a yard bird for me, one is eating just a few feet away now, but this one I met on the Latigo Trail. 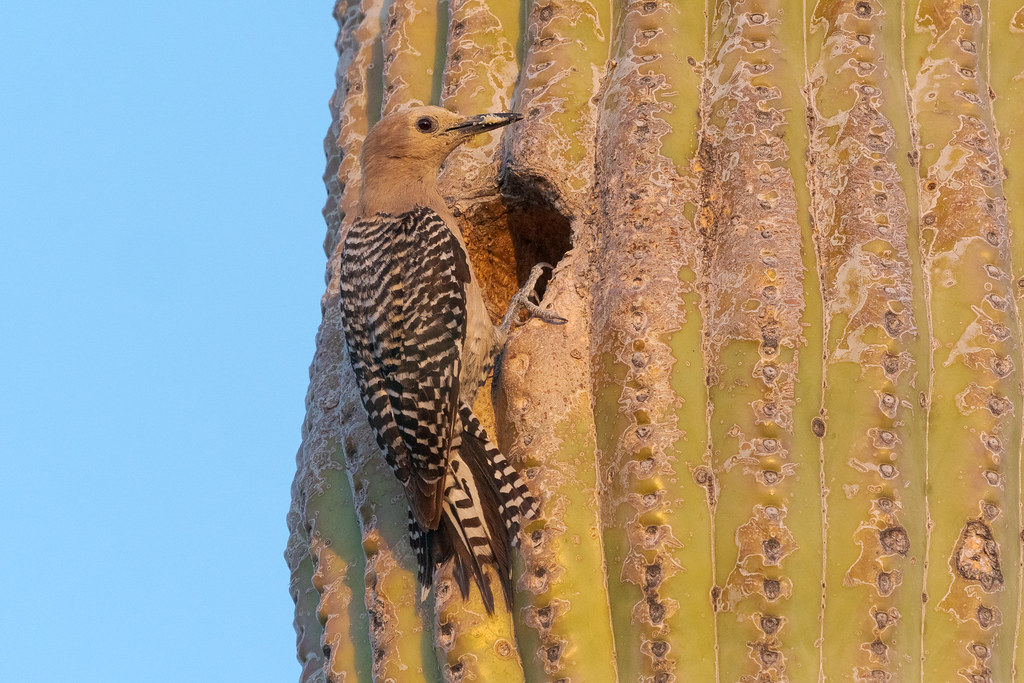 A female Gila woodpecker perches beside her nest with a beak stuffed not only with what might be a bee but stamens from saguaro blossoms, illuminated by soft light as the sun just starts to break over the mountains. The stamens produce the pollen that is covering her face. I knew they fed their young insects and spiders but it appeared they were feeding them the stamens too, as not only did they leave the nest with beaks empty but sometimes it appeared as their beaks were full of nothing but stamens. 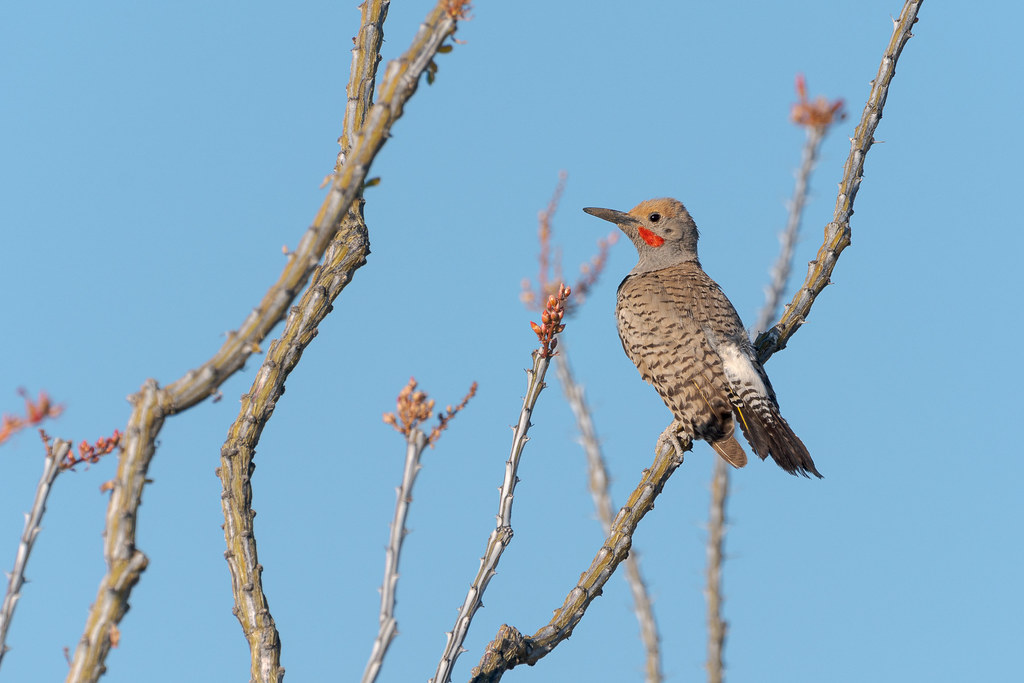 I frequently see both gilded flickers and Gila woodpeckers flying through the desert, the easiest way I distinguish the two woodpeckers in flight is to look for where the white is, flickers with their white rumps and Gilas with their white wing patches. With a closer look you can see not only his glorious red mustache but also a hint of the yellow ‘gilding’ under his wings that gives these birds their names. This lovely fellow perching on an ocotillo was feeding one of his hungry and noisy youngsters beside the Latigo Trail in the Pima Dynamite area of McDowell Sonoran Preserve. I hung back as they moved up the trail ahead of me as I didn’t want the young one to miss a meal.