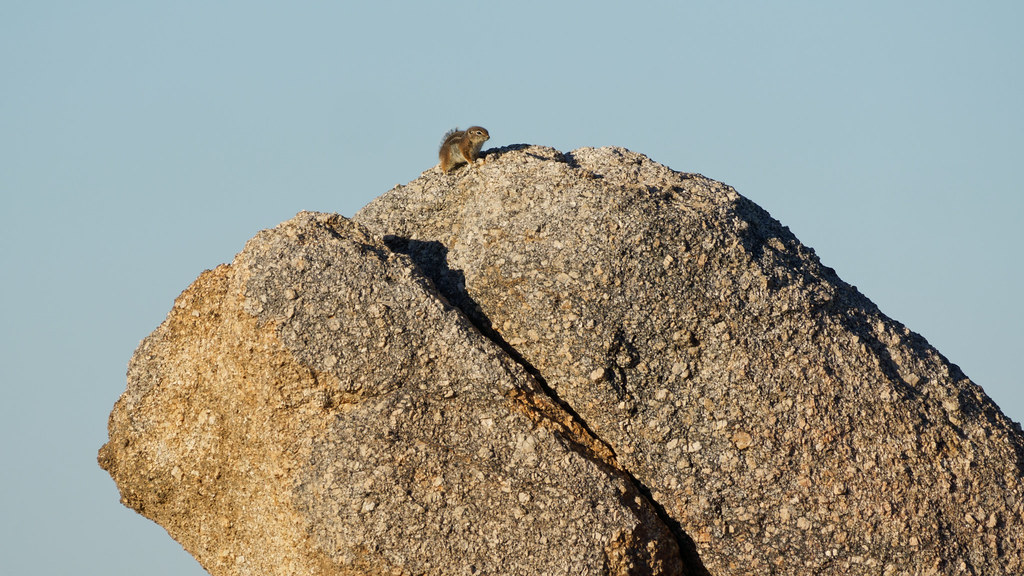 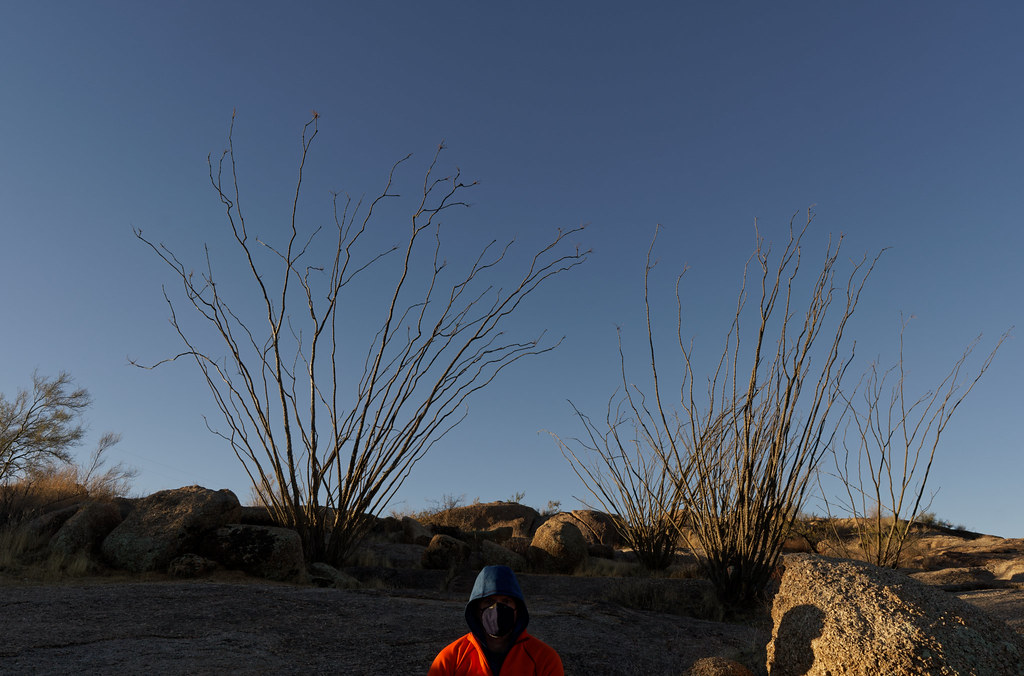 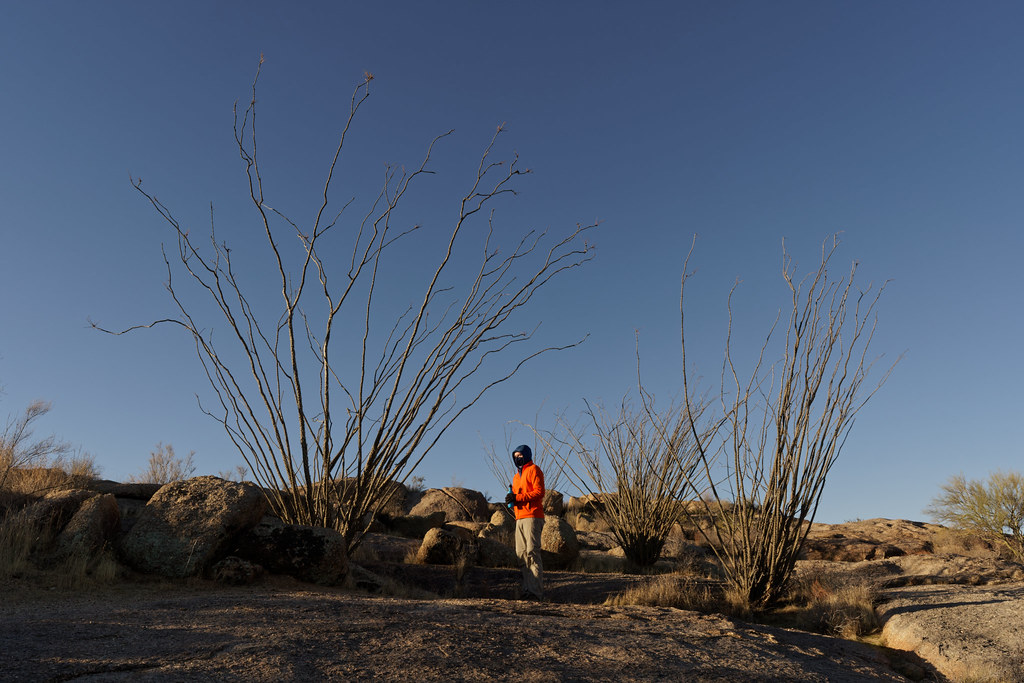 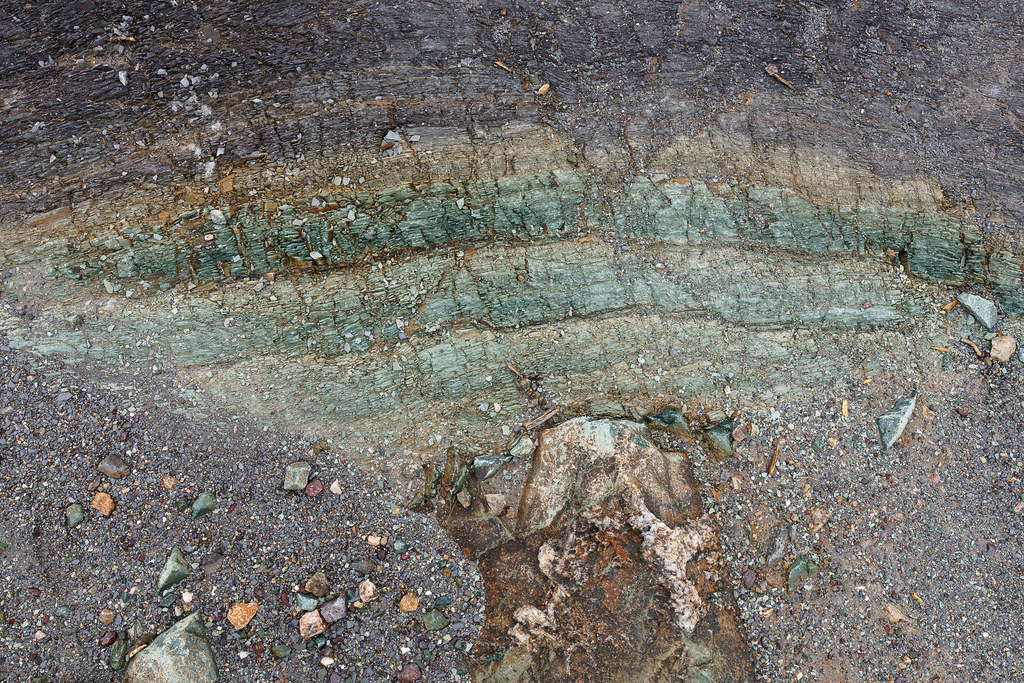 Natural artwork in the stone on a rainy winter’s morning on the Slate Trail at Cave Creek. 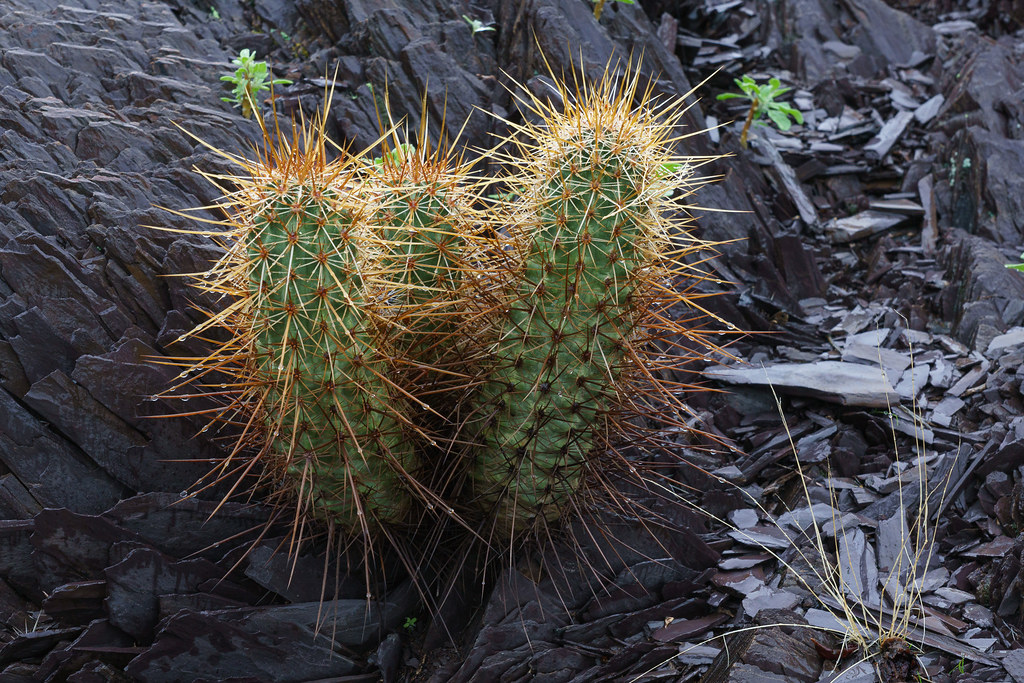 My award for the cutest member of the desert that will still stab you six ways from Sunday goes to the diminutive hedgehog cactus with its almost comically long needles. I found this little clump in the slate at Cave Creek on a rainy winter’s day. Rain, I remember rain. It was wet I think. 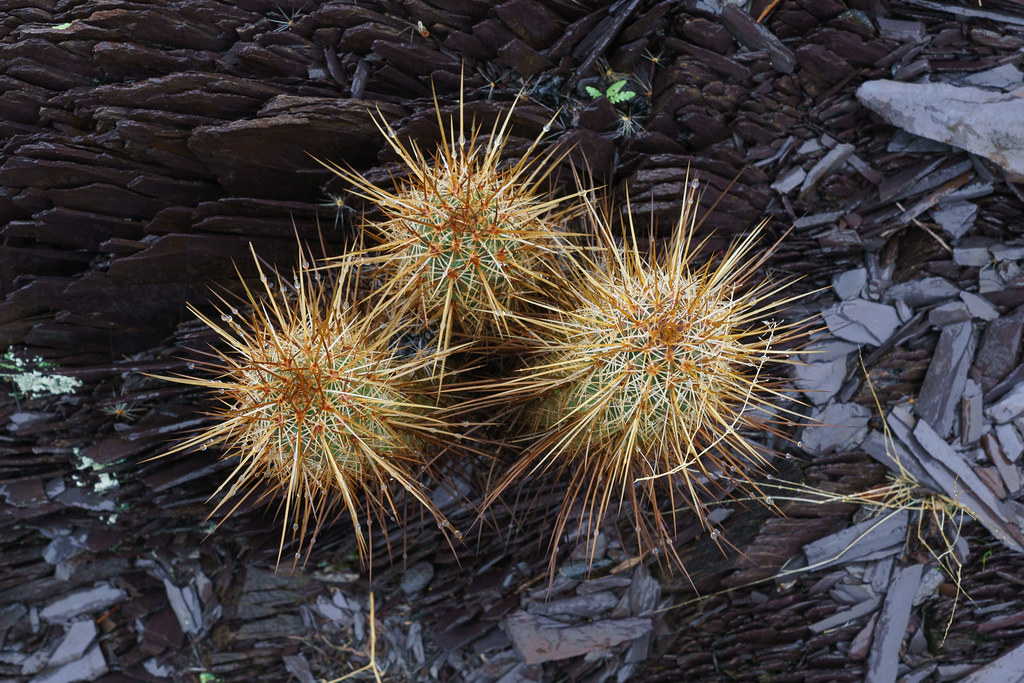 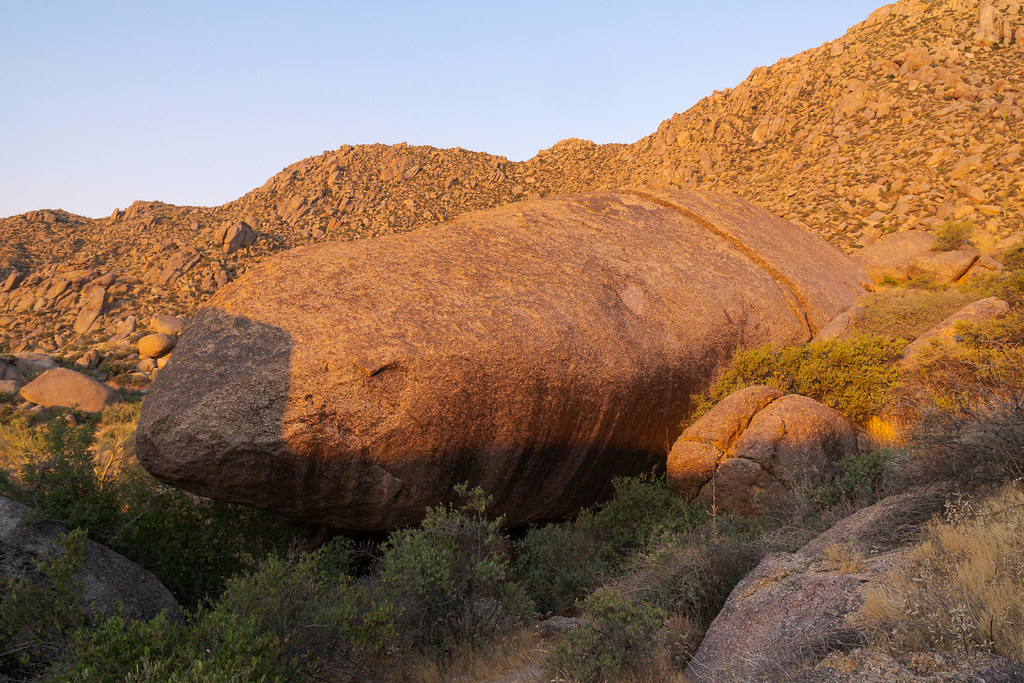 Submarine Rock is one of the massive boulders that fell down from the mountains as part of the landslide 500,000 years ago. At first I wasn’t sure which rock was Submarine Rock as at first glance I thought “whale” and there is another large boulder out-of-frame to the left (it’s casting the shadow on the front) that looks to me like a World War II era submarine breaching the surface. Submarine Rock now lies halfway into my hike as it is in the middle of the short loop at the far end of the Marcus Landslide Trail. Normally I can’t get out this far during the soft sunrise light, even if I’m hoofing it, while it was no different on this morning smoke from fires in the distant Superstitions left the light a soft red for longer than normal. 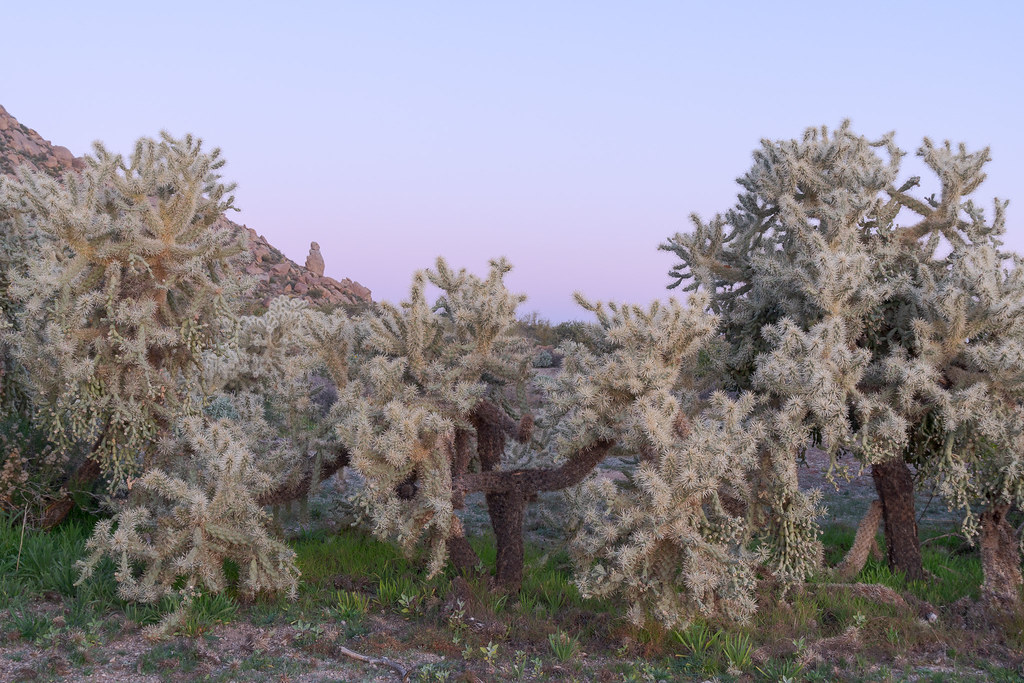 In December I arrived when the Tom’s Thumb trailhead opened so I could hoof it out as quickly as possible to photograph this bank of chain fruit cholla before sunrise, with my beloved Guardian looking out over the desert in the background. At that time of year I can hike as fast as I can without worrying about surprising a rattlesnake as they are still hibernating. My favorite shot turned out to be the first one of the desert bathed in the soft blue light before the sun rose above the mountains behind me, but I also like the one below of the same scene bathed in the red light of sunrise. 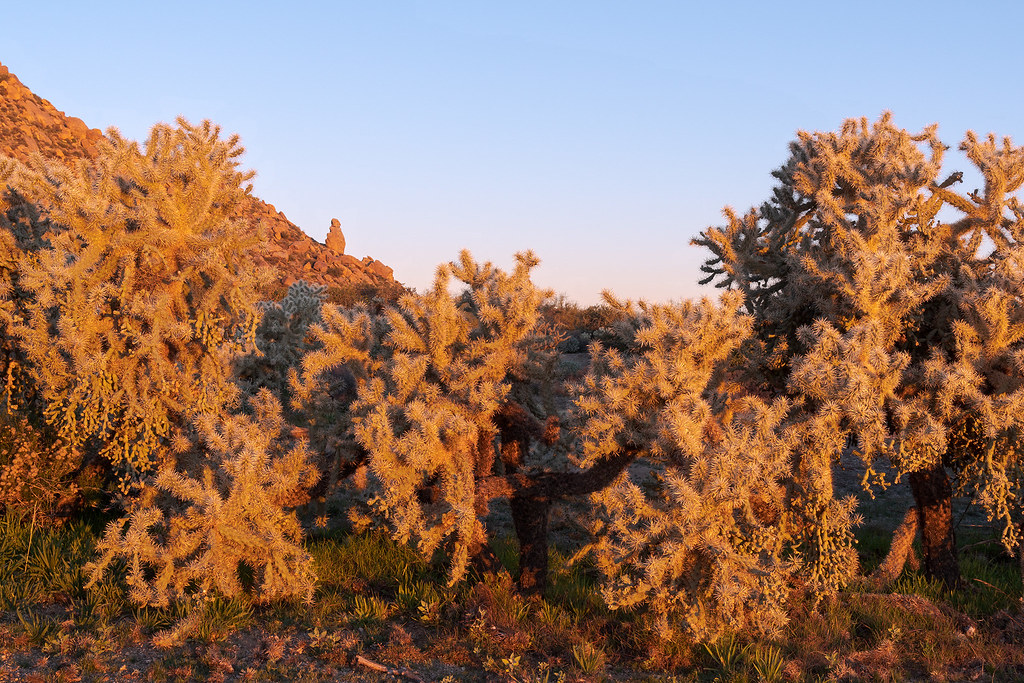 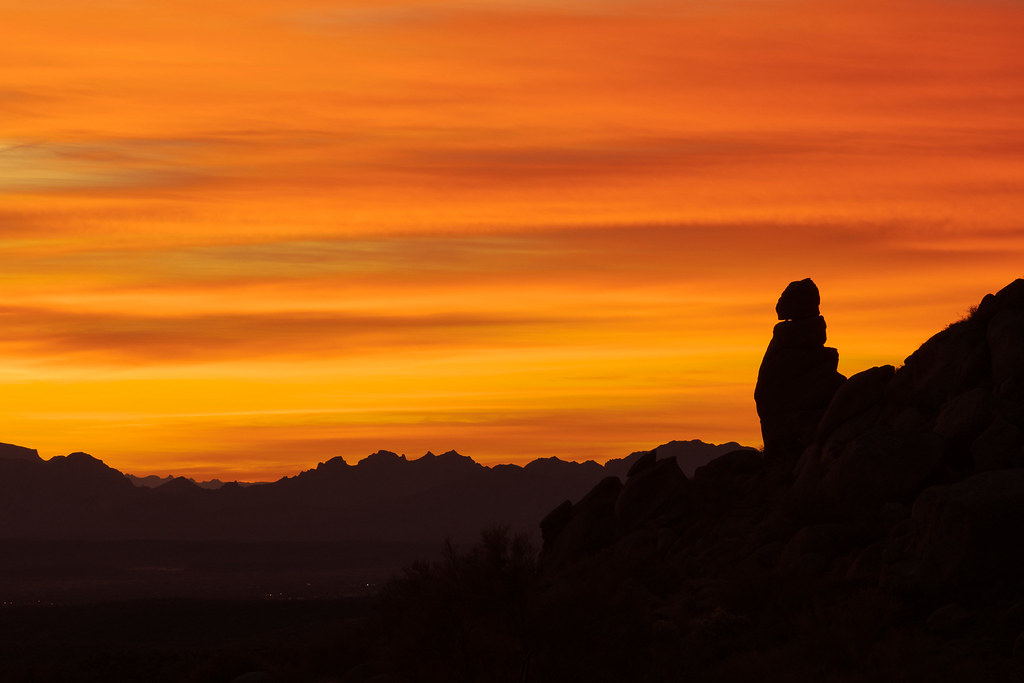 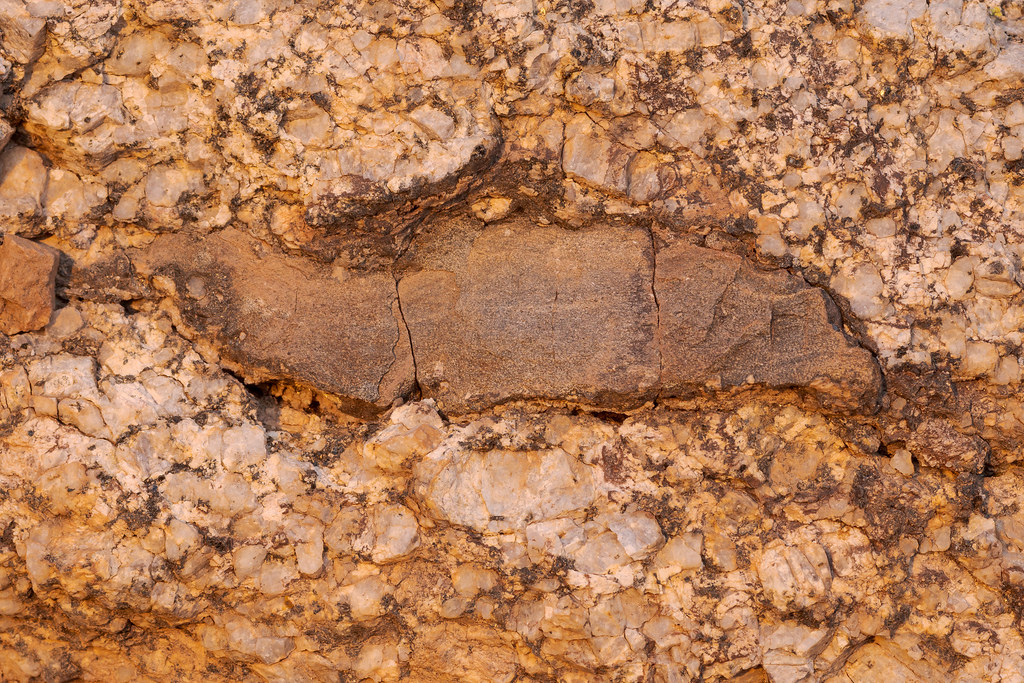 Walking in the desert humbles you. To see life survive and even thrive in such a seemingly inhospitable place is inspiring. Then there are the xenoliths (from the Greek for strange or foreign rock), pieces of ancient rock that survived as magma flowed and solidified around them. This xenolith is in a granite mushroom along the Marcus Landslide Trail, bathed in the reddish light of sunrise. It saddens me to think of what climate change will do to the desert but for now it is a land of wonders, of survivors. 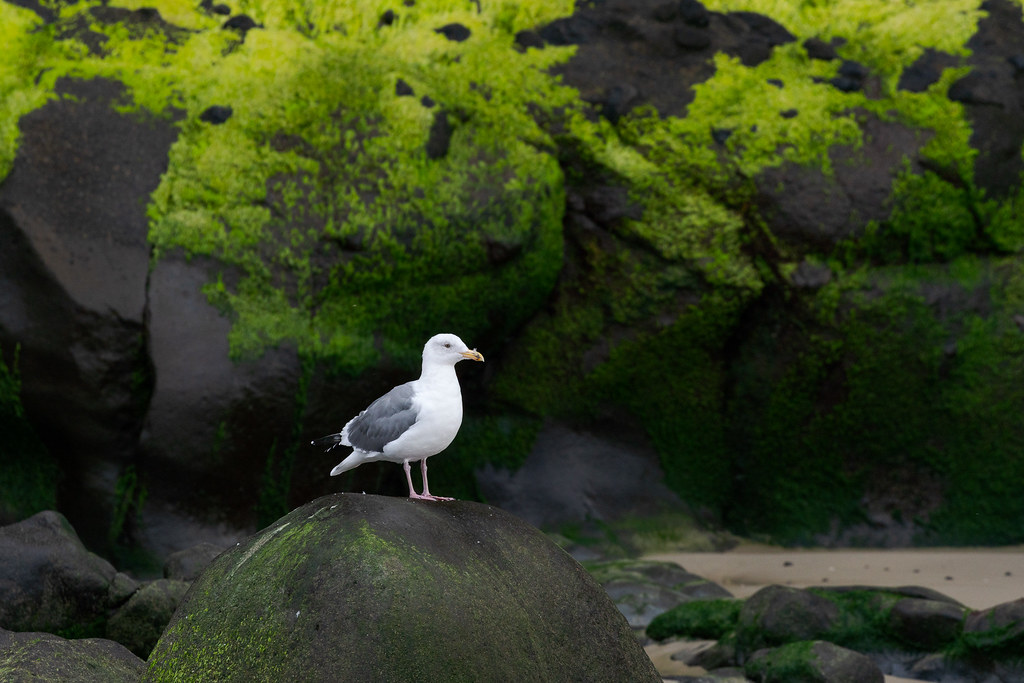 A western gull (I think) perches on a large boulder in front of a moss-covered cliff on the beach at Heceta Head on the Oregon coast. A stream was flowing between us, emptying into the Pacific just to my right. The rich greens of western Oregon were something to behold, I miss seeing moss growing on the rocks, on the trees, in the grass. I don’t miss seeing it growing on the roof, on the steps, on the car … 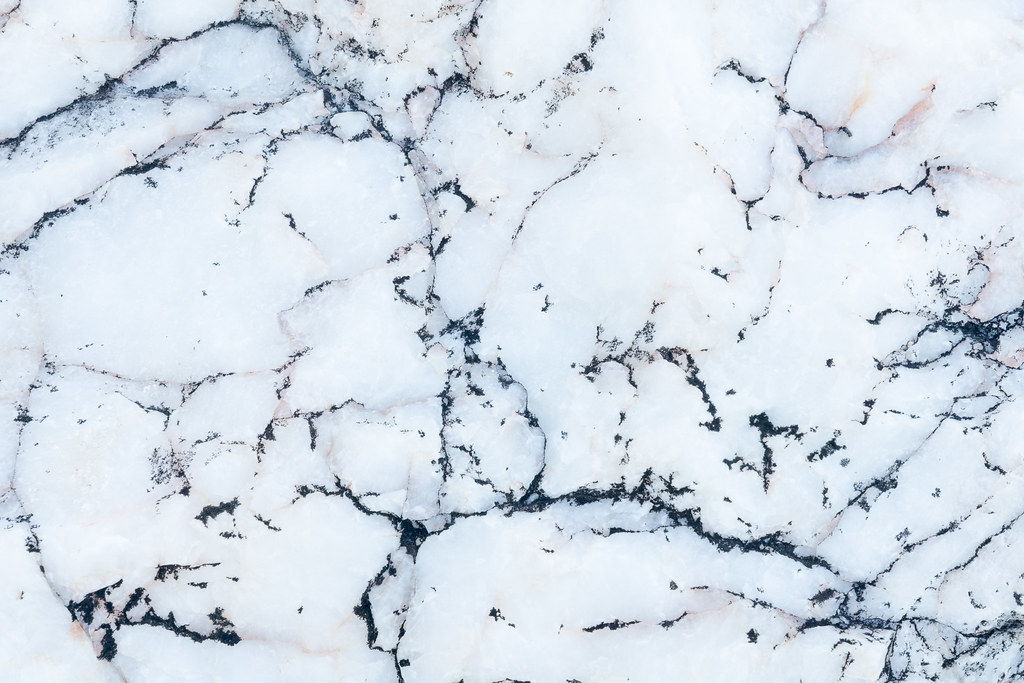 As I hiked along the Windgate Pass Trail I was surprised to see snow-capped peaks here in the Sonoran Desert, especially to see them at my feet. Looking at this large quartz rock reminded me of the glaciers and snowy mountains of the Cascades in the Pacific Northwest. At least I think it’s quartz, learning the rocks of my new home is on my list, but it’s a long list.