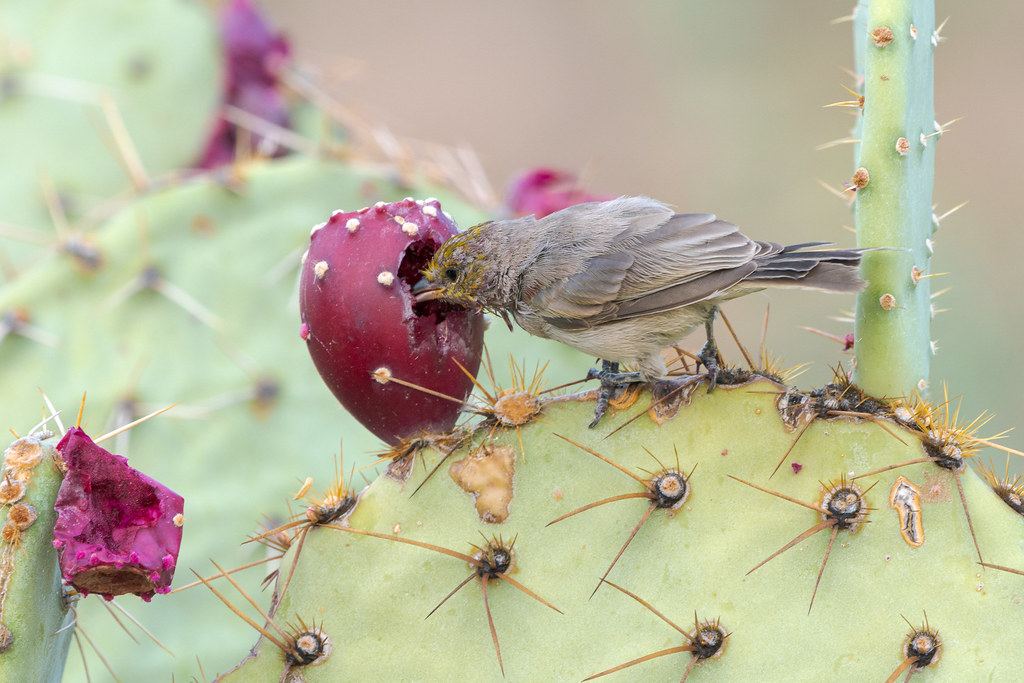 Watching the verdin eating from fruit almost as large as themselves, I wondered how it would look if I tried to wring every drop of sustenance from a five foot watermelon using only my face. This one had to fly precisely onto a cactus with thorns as long as its legs while missing many of its tail feathers but it did it with aplomb. Given their short beaks I don’t know if they open up the fruit themselves or if they leave the honors to something like a woodpecker with a longer beak and a head designed for hammering. 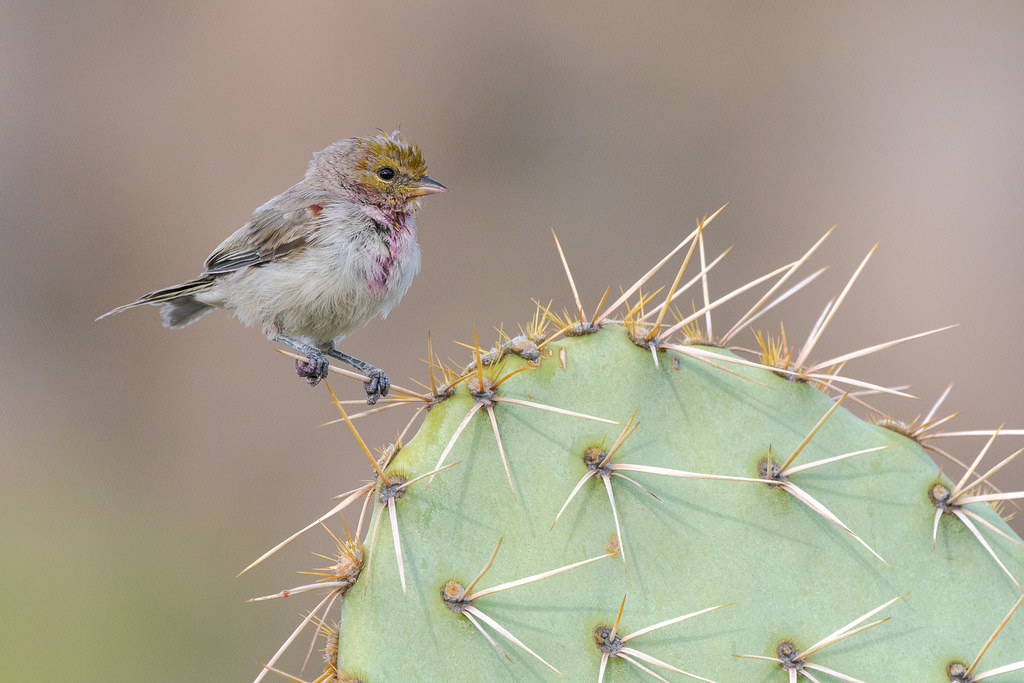 The verdin were looking a bit ragged, some unlike this one didn’t have much of the normal yellow coloring in the face. They were all wearing damp maroon neckties, a temporary adornment not because they had been bathing in the blood of their enemies but because they had been eating the fruit of the prickly pear. When I got home I found a nice paper online that confirmed my suspicion that this is the time of the year when they molt.