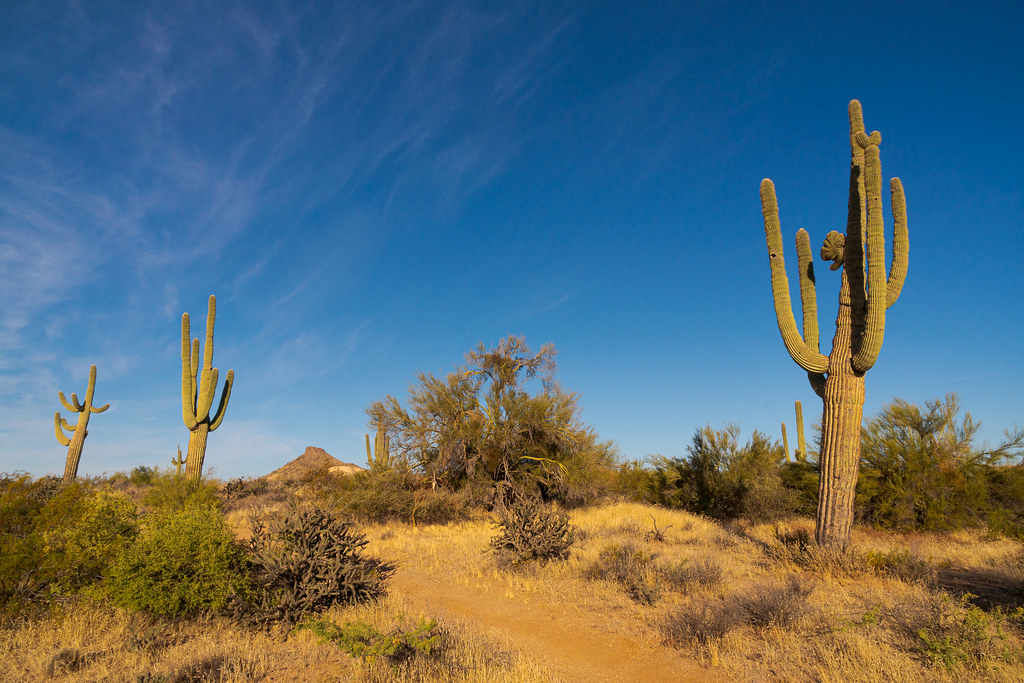 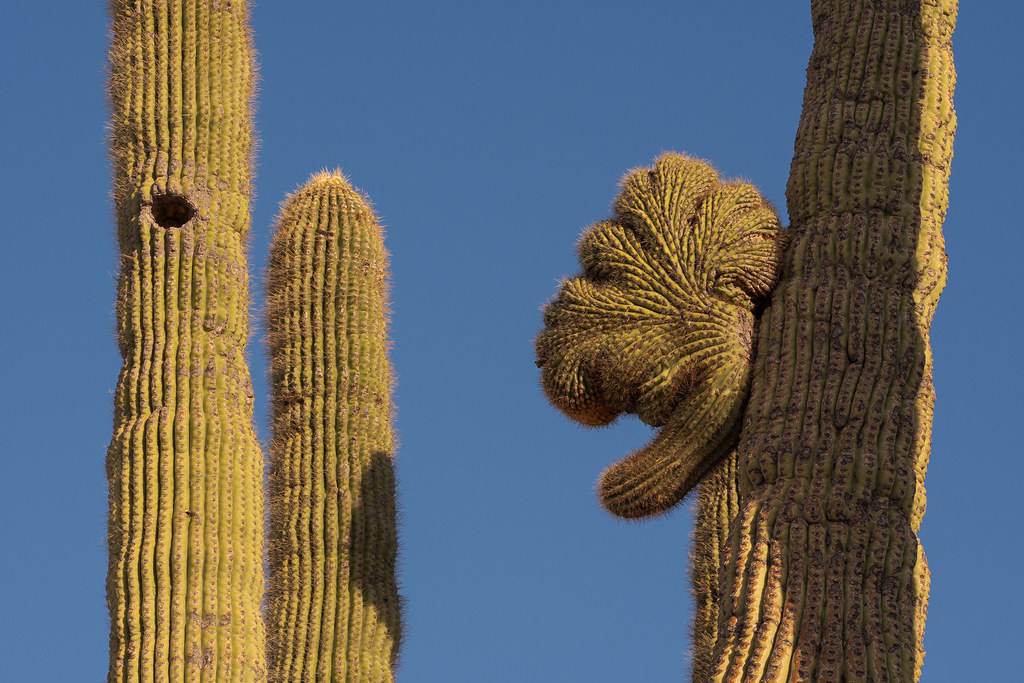 I’ve seen a few crested (or cristate) saguaros, where instead of their iconic arms they grow these unusual shapes, and love them all but this one is my favorite. I named her Witch Hazel as she reminds me of the green witch from the Bugs Bunny cartoons I watched as a kid. I always had a fondness for her but I’m not sure why as I usually didn’t feel any affection for his pursuers, but perhaps she was written rather sympathetically. My witch looks over a woodpecker nest in an adjacent arm and I like to think serves as its protector, and not just for this nest but for all the woodpeckers in the area that I so dearly love. Long may you live, long may you serve. 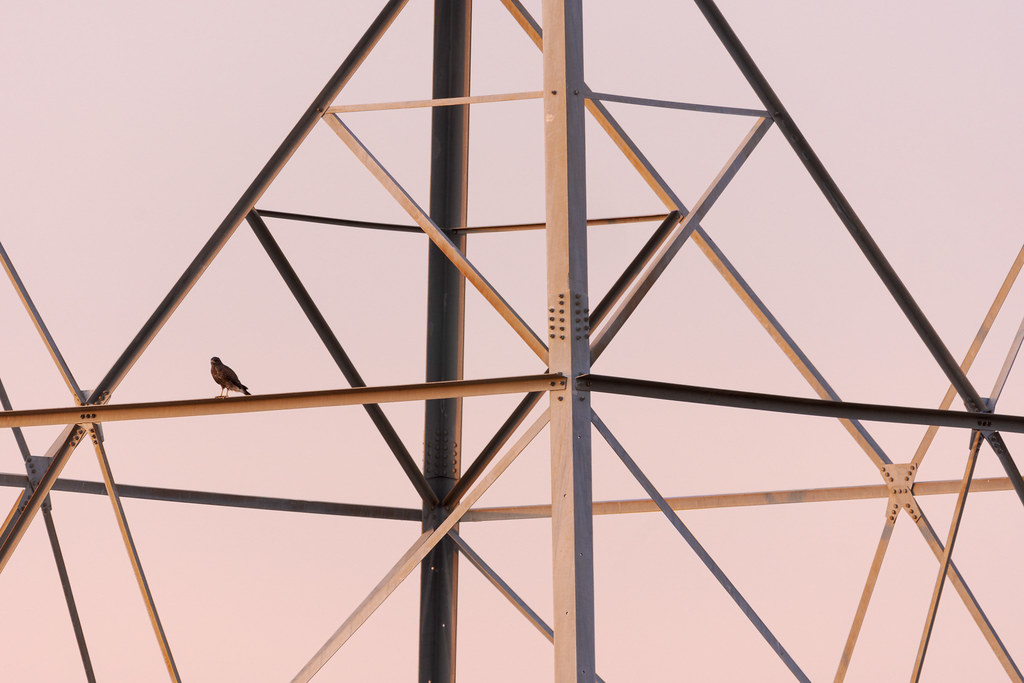 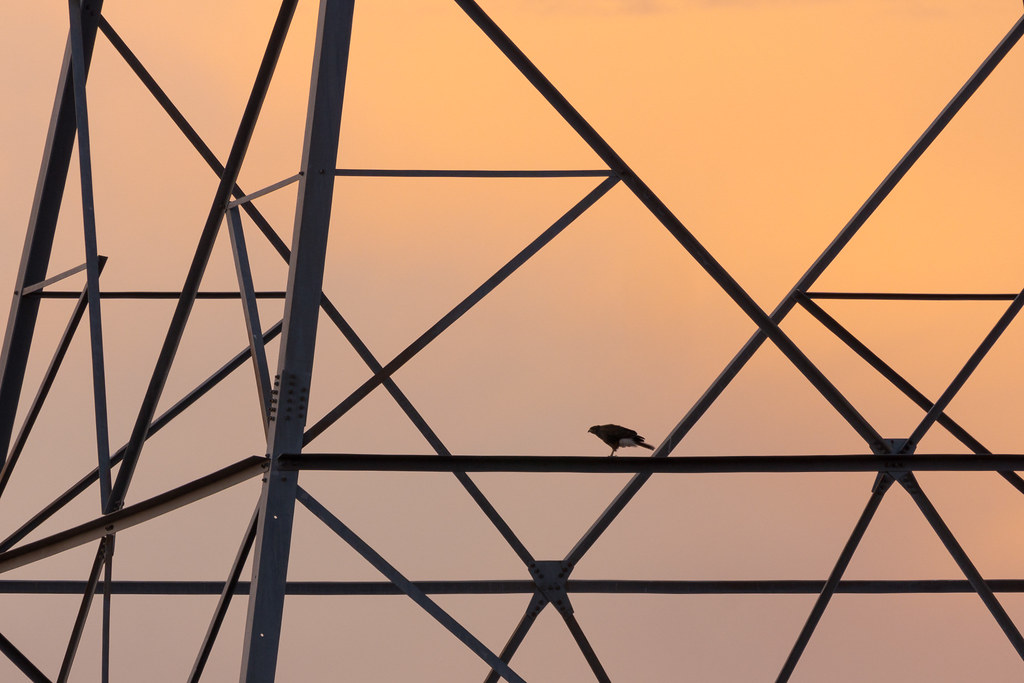 As I shuffled up the Vaquero Trail this morning I suspected clouds in the east would snuff out the sunrise, and I was mostly correct, until I heard a familiar call and looked to the south. One of the Harris’s hawks I watched this spring and summer was perched high on one of the transmission towers that run across the Preserve, some of the clouds behind glowing orange. I got a little sunrise after all. 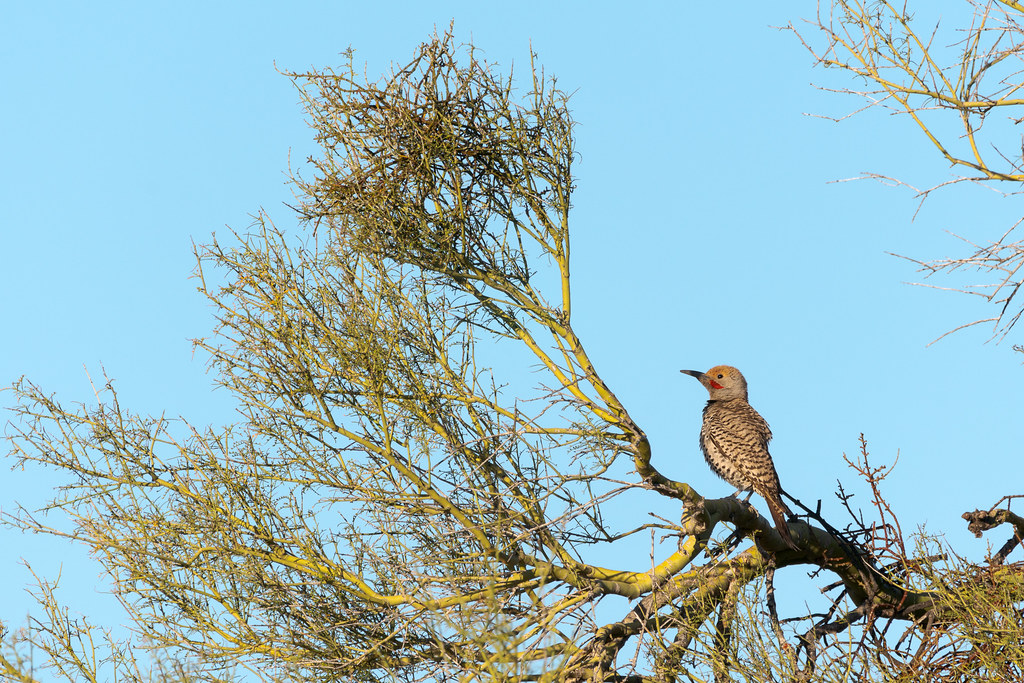 A gilded flicker perches in a palo verde in April, showing off his brilliant red mustache in the morning light. It was the day after Ellie died, I was thankful for the beauty around me as I started down the path towards healing. 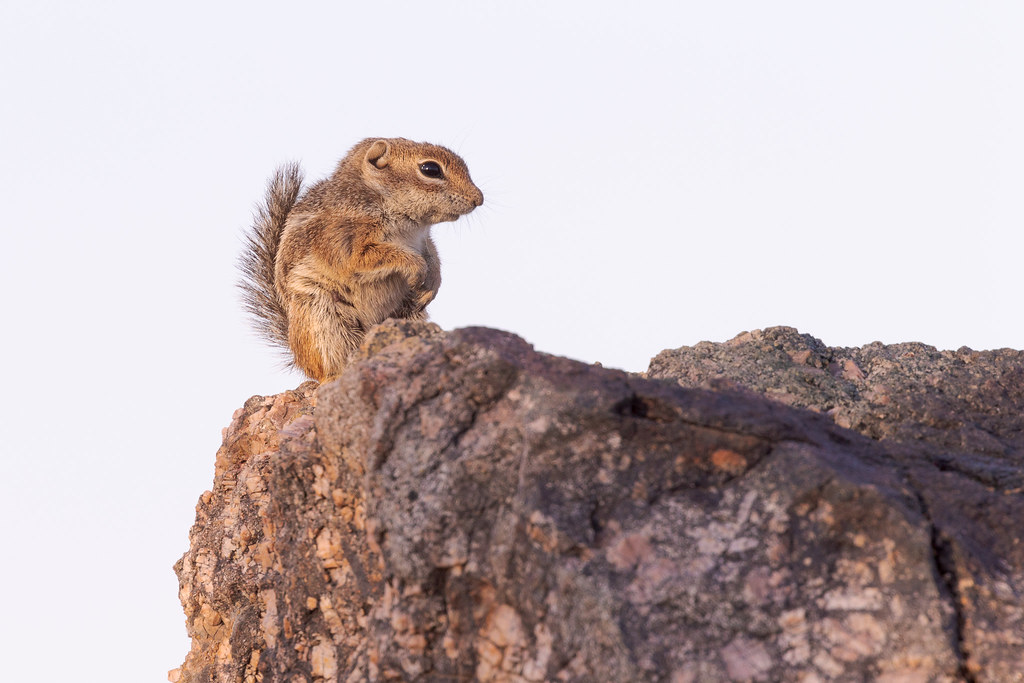 This Harris’s antelope squirrel had the high ground early on a June morning, perched atop granite rocks atop a small hill, so it saw me from a distance as I approached up the Vaquero Trail. The rising sun soon joined us and we spent that wonderful moment together when the light first sweeps across the desert landscape. It was moments like these that made me fall in love with the area, the trail is close to our new house so perhaps the squirrel and I will be reunited before long. I haven’t been hiking since we moved, Ellie’s had a tough week adjusting to the new house so I’ve spent my evenings with her when she struggles the most and have been too tired to go out in the mornings. We’ll see about tomorrow, the wildflowers are in full bloom so it would be a shame to miss them, but she’s a higher priority. 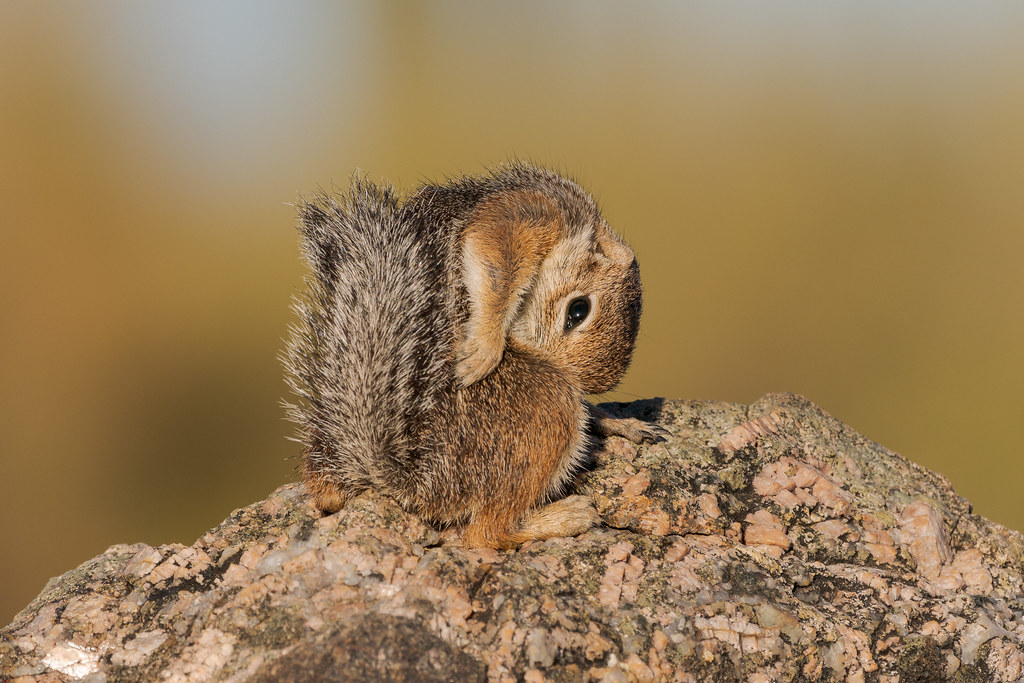 This pose is known as “no bones antelope squirrel”.