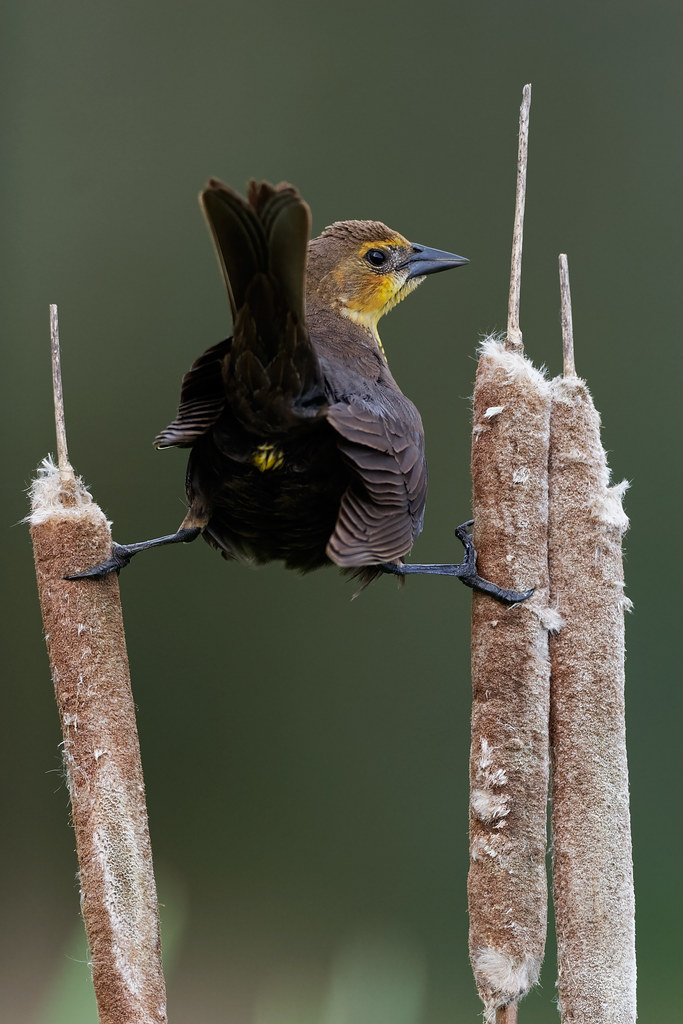 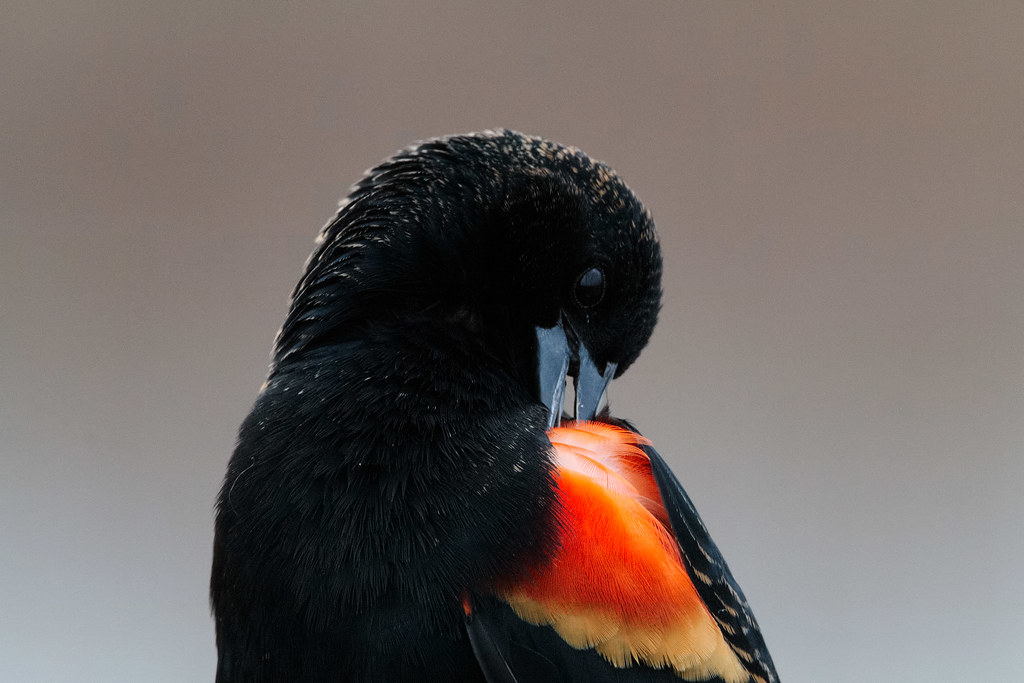 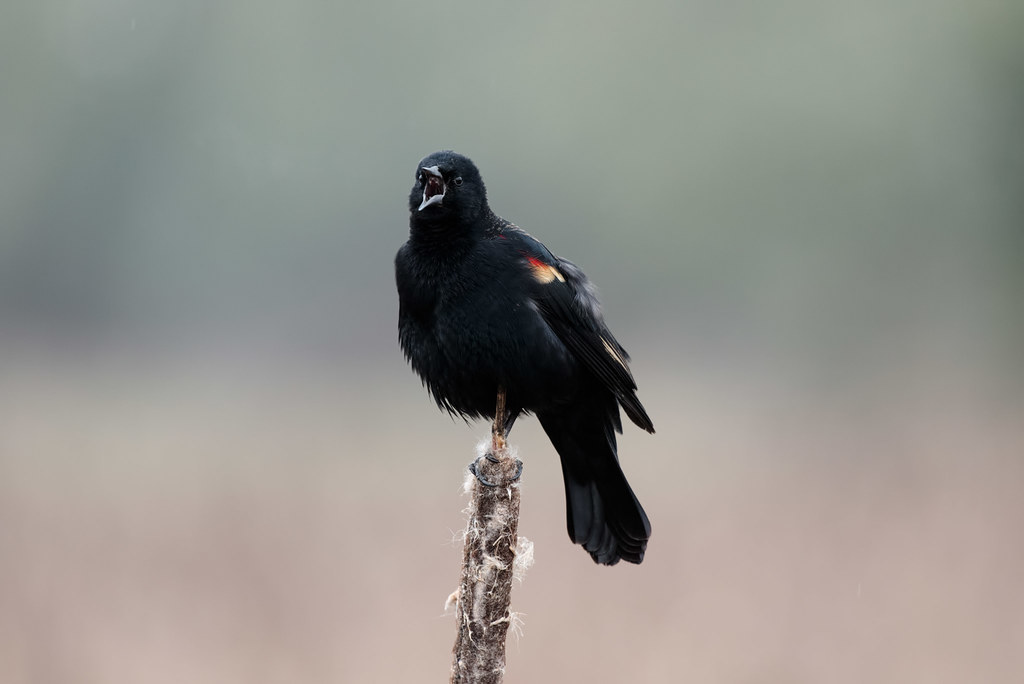 I didn’t leave the house for the first few days after Emma died, apart from taking Ellie on her walks, but by the fourth day I decided to head up to Ridgefield for a little bit. I made a note in my journal when I got there that my heart wasn’t in it and I didn’t know if I’d stay more than a few minutes, but spending some time with this blackbird lifted my spirits and I stayed for several hours. I stopped at South Quigley Lake when I saw him sitting on a cattail that was taller than all the others around it, as it gave me a lovely view of a lovely bird. I didn’t expect him to stay long, they are often flitting to and fro in the marsh, but he stayed there for a long while, preening and stretching and occasionally singing. 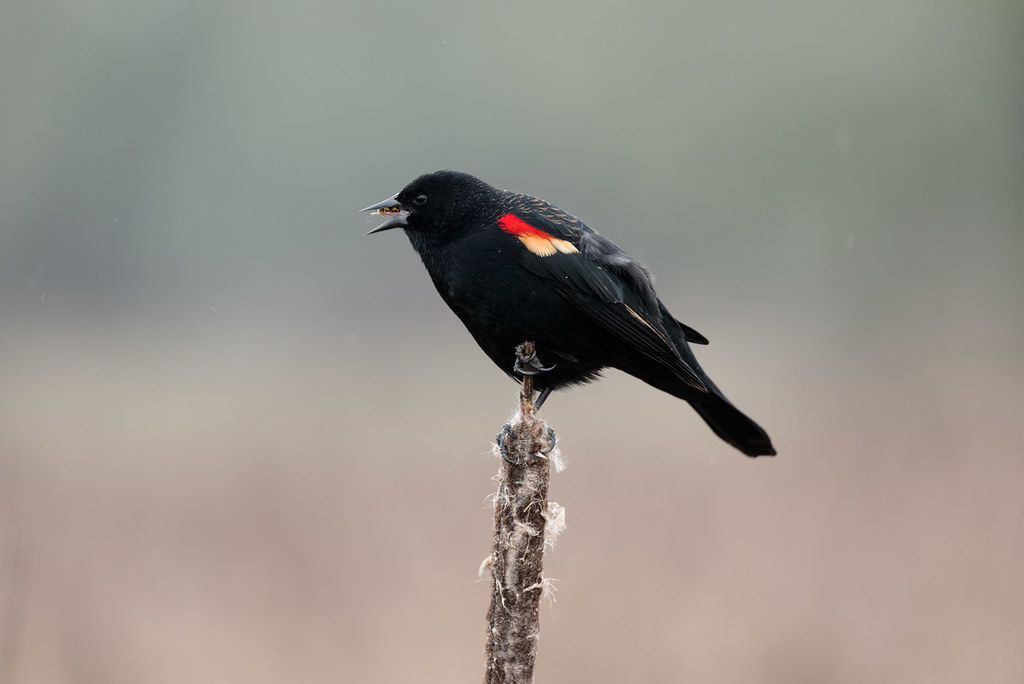 I’m well aware that some of my favorite creatures eat some of my favorite creatures in order to survive, I spent much of the Christmas break watching herons and egrets and bitterns eat all manner of small creatures near the shoreline, but I was reeling from Emma’s death and not in the mood to see something die. I deliberately avoided watching those predators on this visit but I was reminded of how often life and death are on display at the refuge when the blackbird suddenly leaned down and plucked an insect from the cattail. He has it pinned to the roof of his mouth with his tongue, headfirst, and is about to swallow it. 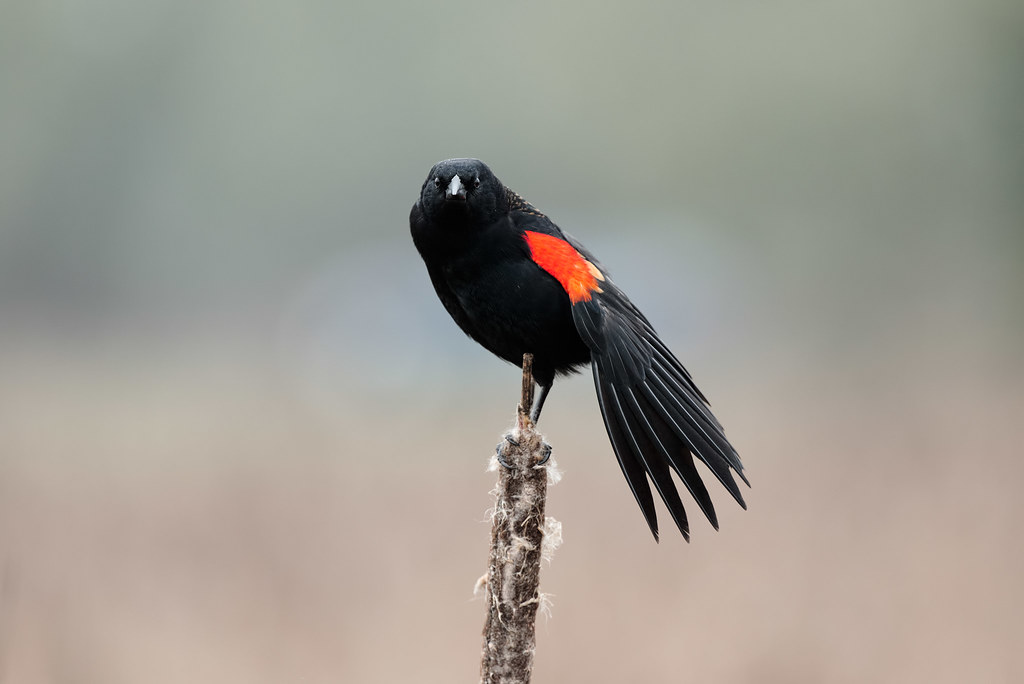 The auto tour takes a sharp left turn after you pass South Quigley Lake and you can see a blue car right behind the blackbird in this photo. There was less traffic though than I expected and so for the most part it was a peaceful afternoon, just what I wanted. While watching the blackbird a couple of times I spotted a Virginia rail darting through the cattails, and later I saw a doe and fawn of the Columbian white-tailed deer that were transplanted to the refuge (the doe was transplanted, the fawn was born at the refuge). It was nice to see sandhill cranes and a river otter too.

Soon thereafter Sam would get sick, and then some of the other pets, and then we got Trixie, and I’ve been busy enough and tired enough that I haven’t gone back out since. Now that Trixie is all settled in, I’ll be returning to the refuge before too long. 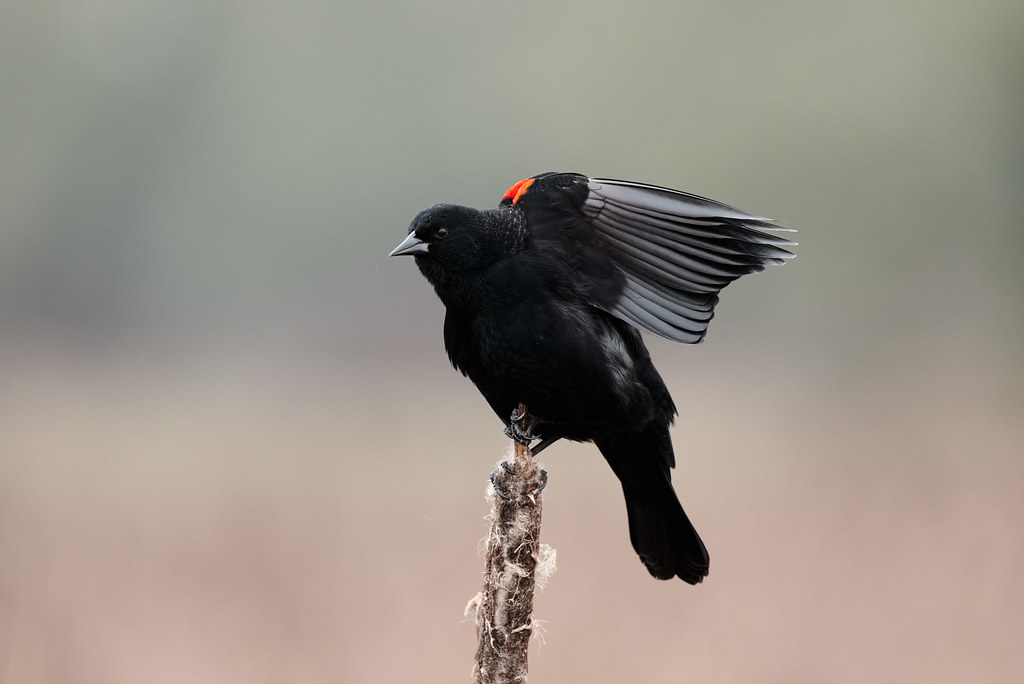 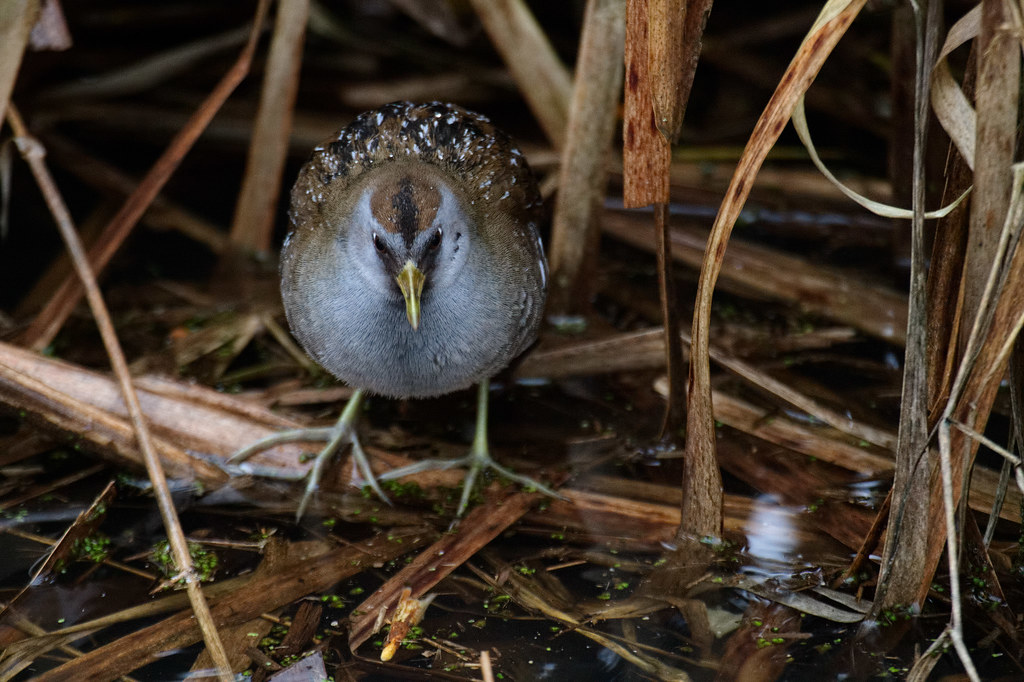 Sometimes I like to just sit beside the cattails at the edge of South Quigley Lake and wait. Most of the time nothing will happen, but sometimes a bittern or rail or, as in this case, a sora will pass silently by.

A yellow-rumped warbler (Myrtle) gets pelted by the rain on a spring afternoon.

A yellow-rumped warbler pauses at the edge of South Quigley Lake on a spring afternoon.

A male red-winged blackbird sings at the edge of the marsh on a winter morning. This section of South Quigley Lake is lined with cattails where the blackbirds sing (and in the spring, raise their young).

I spent about 20 minutes watching this American bittern in the pouring rain on Christmas afternoon of 2012. I’ve photographed bitterns many times on the auto tour and knew to approach slowly and shut off the car once I got close. It was my first time out in my new car but I treated it the same as the old, I rolled down the window and placed some old towels around the opening to absorb the rain. The bittern wasn’t actively hunting so the water accumulated in giant drops on its head.

The peace and quiet ended when a diesel pickup drove up and idled beside me. The bittern slowly turned around and disappeared into the marsh but I was very thankful for our time together, bitterns are one of my favorite subjects and it was a lovely way to end the day.

A Wilson’s snipe is nearly obscured by the green grasses at the edge of South Quigley Lake on a rainy April morning.