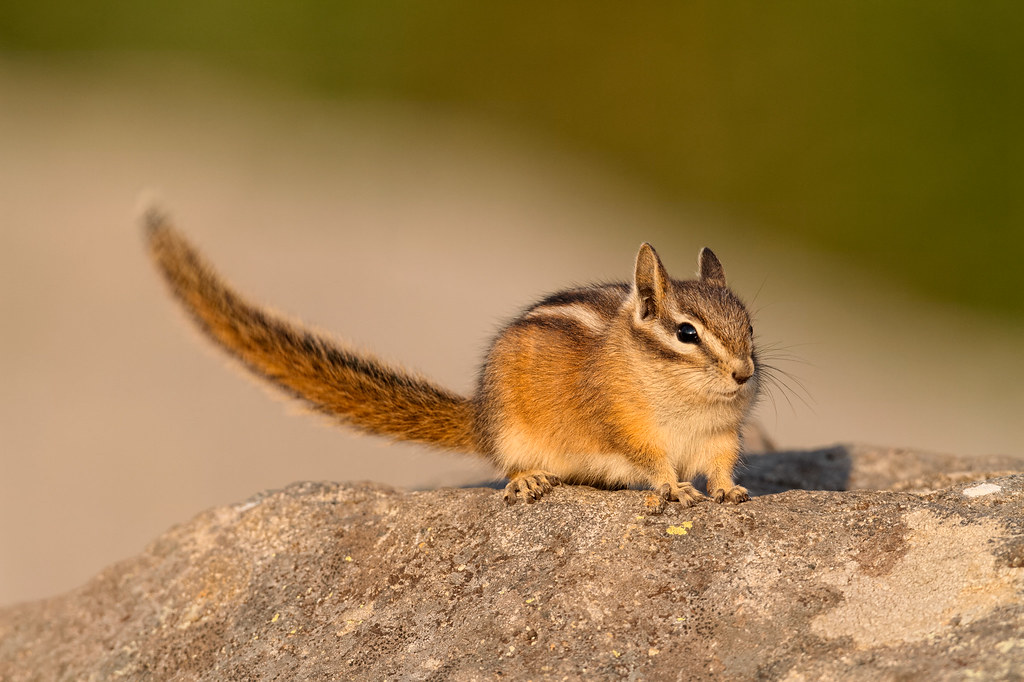 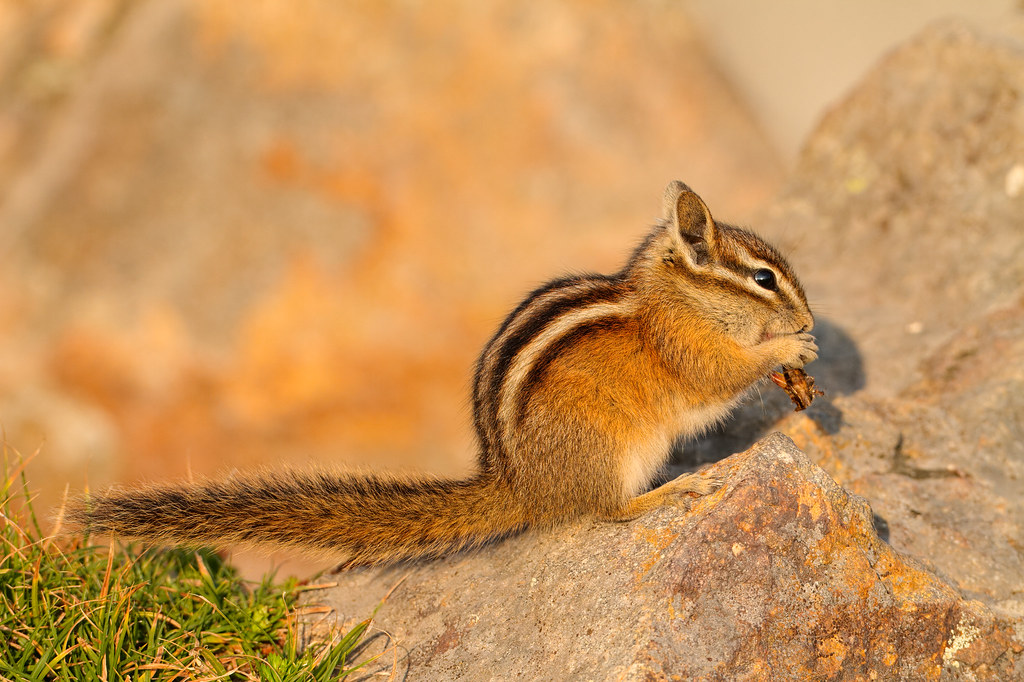 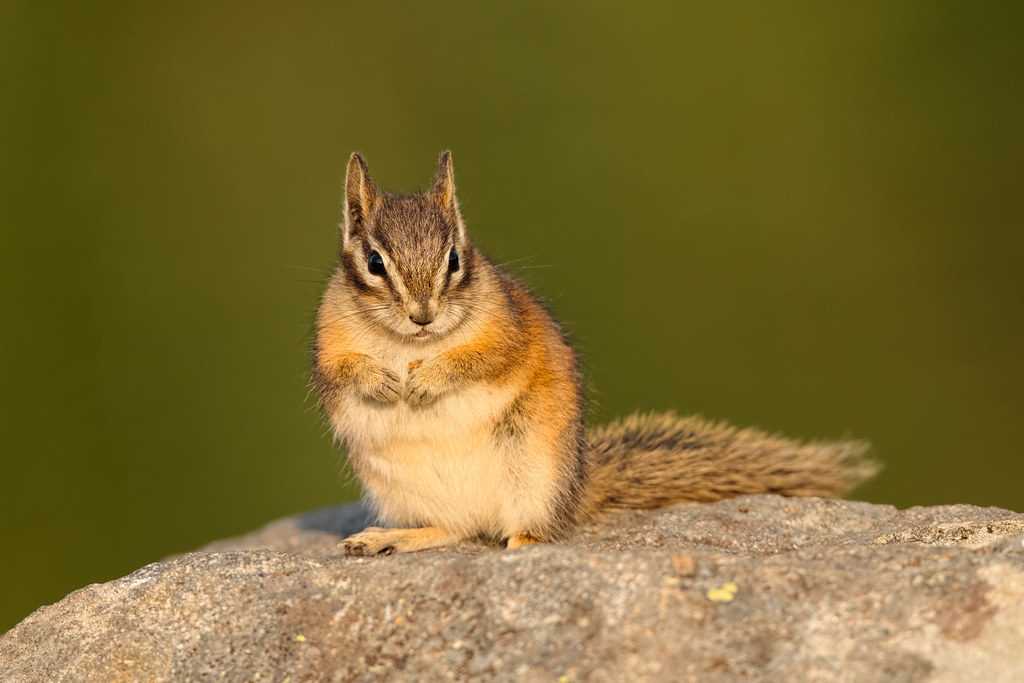 My first full day in Mount Rainier last year started off with a bit of rain but was sunny and warm most of the day, before it started raining buckets for the rest of my trip. This chipmunk was taking full advantage of the sunshine, and the hikers it brought in numbers, to fatten up for the coming winter by eating the many grasshoppers that people had crushed underfoot on the nearby trails. 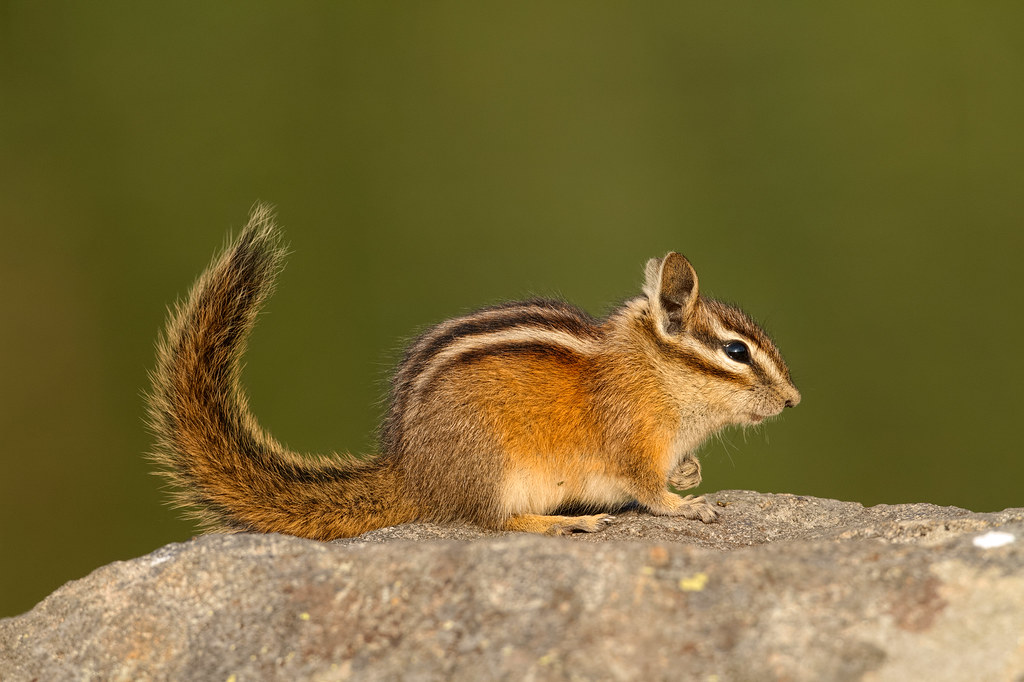 A Townsend’s chipmunk whips its tail back and forth. I had been watching it for a while and it didn’t seem bothered by my presence, so I didn’t think it was upset with me, but on the other hand I couldn’t see anything in the vicinity that would give it pause. I think it was testing me though, as when I didn’t move it ran down to collect some of the dead grasshoppers around me that had gotten trampled on the trail by hikers earlier in the day. 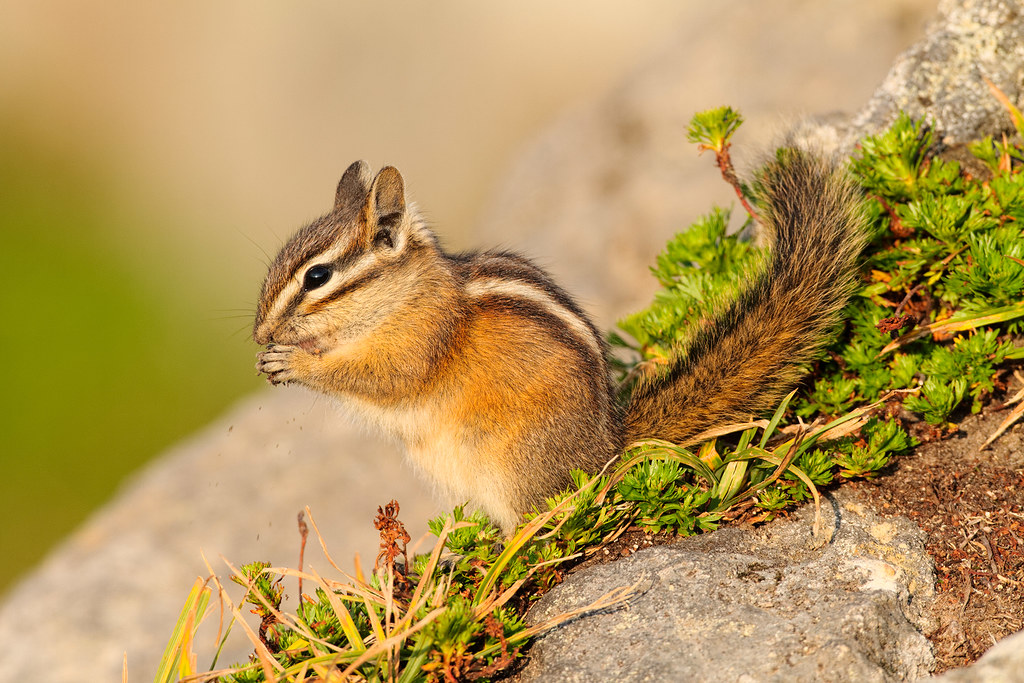 A Townsend’s chipmunk eats on a large boulder in the Paradise section of Mount Rainier National Park. 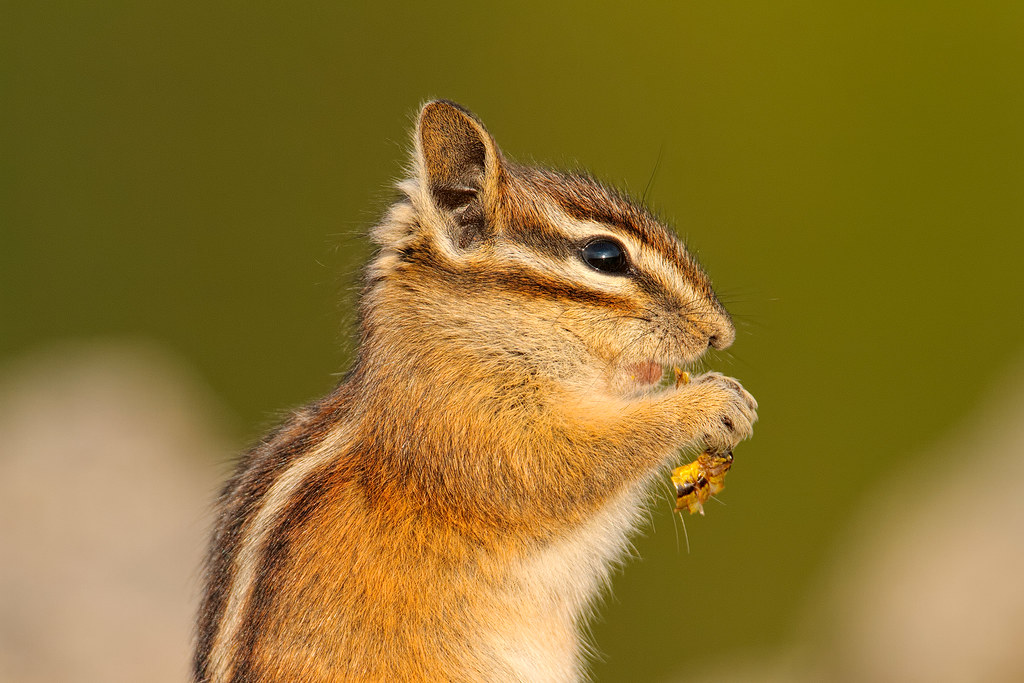 I spent my first full day on this visit to Mount Rainier hiking the Skyline Trail and its various offshoots. While I had seen grouse and marmots, based on previous visits I was a bit surprised to not see more wildlife than I did. What I saw most were grasshoppers which were constantly hopping about the trails, many crushed underfoot from the mass of hikers on the previous day.

At the end of a hard day’s hiking I went back up to see if any marmots were out in the biggest colony near the trail, as they had been quite active the previous evening, but was sorry to see that they had all called it a day. I hiked a little further and was delighted to find this Townsend’s chipmunk eating what I assumed were some seeds on a boulder near the trail.

I was a little confused when, after watching it eat for some time, it started coming straight toward me. But it just grabbed some flattened grasshoppers near my shoes and hopped back up onto its boulder and ate them. It was then that I realized that most of this little section of the trail had been cleared of grasshoppers, and when I reviewed my pictures I understood why.

After a while it came back towards me, but this time hopped right between my legs and continued on down the trail. It had its dinner, and as the light faded, it was time for mine.