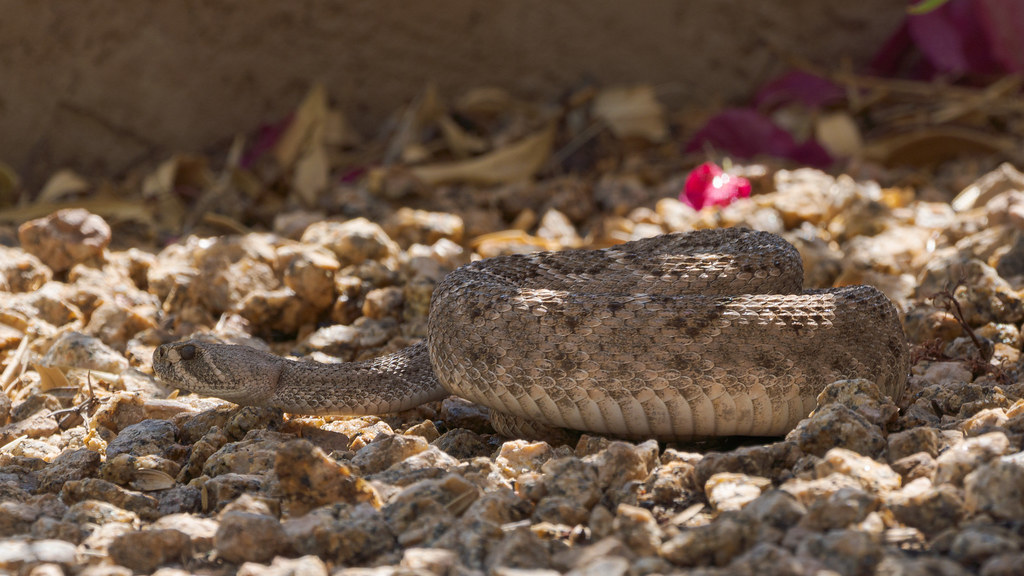 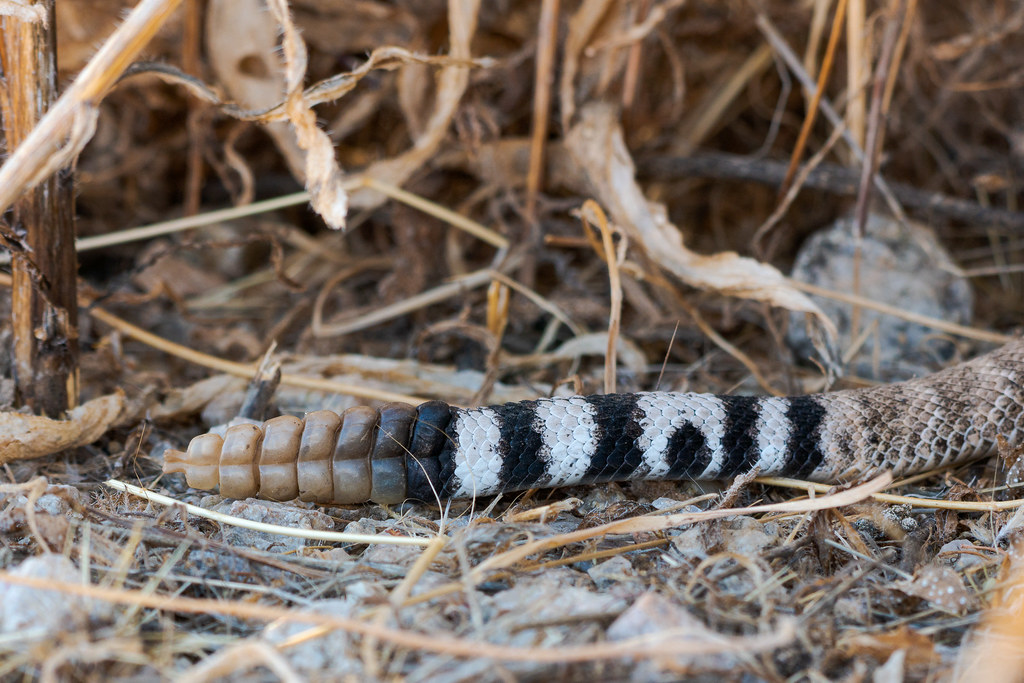 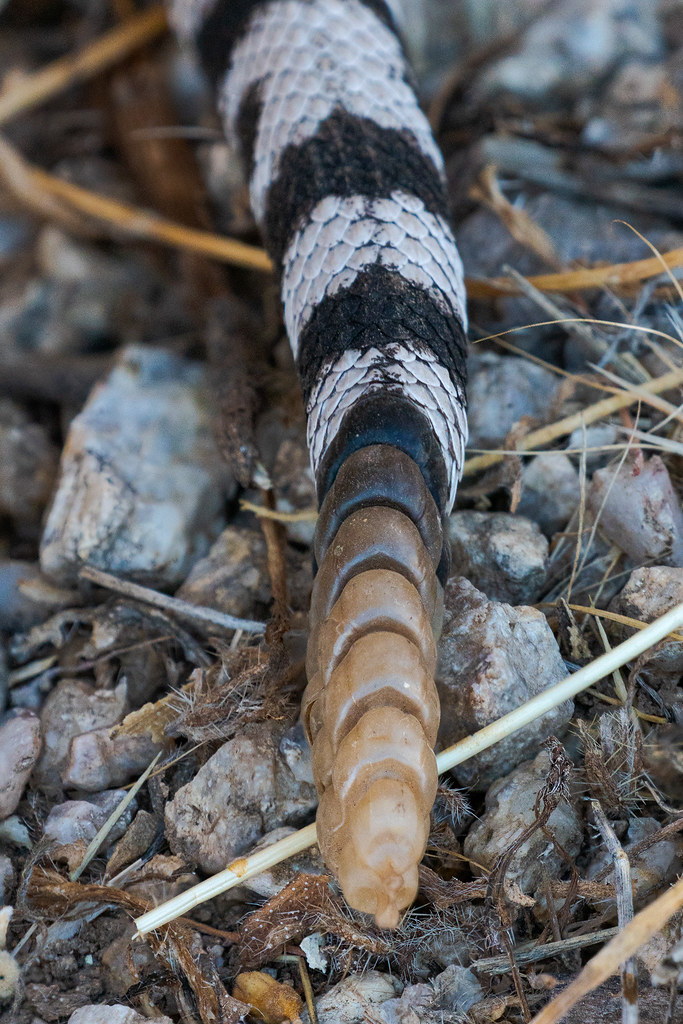 Taken with my telephoto lens at max zoom, plus a teleconverter, to keep enough distance so we were both comfortable. 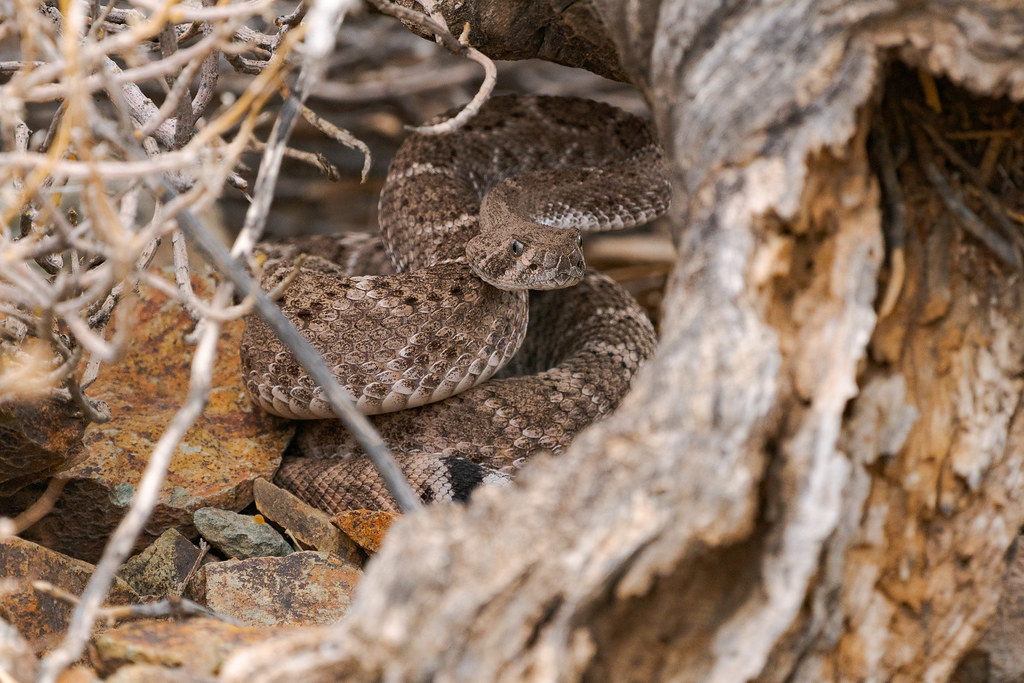 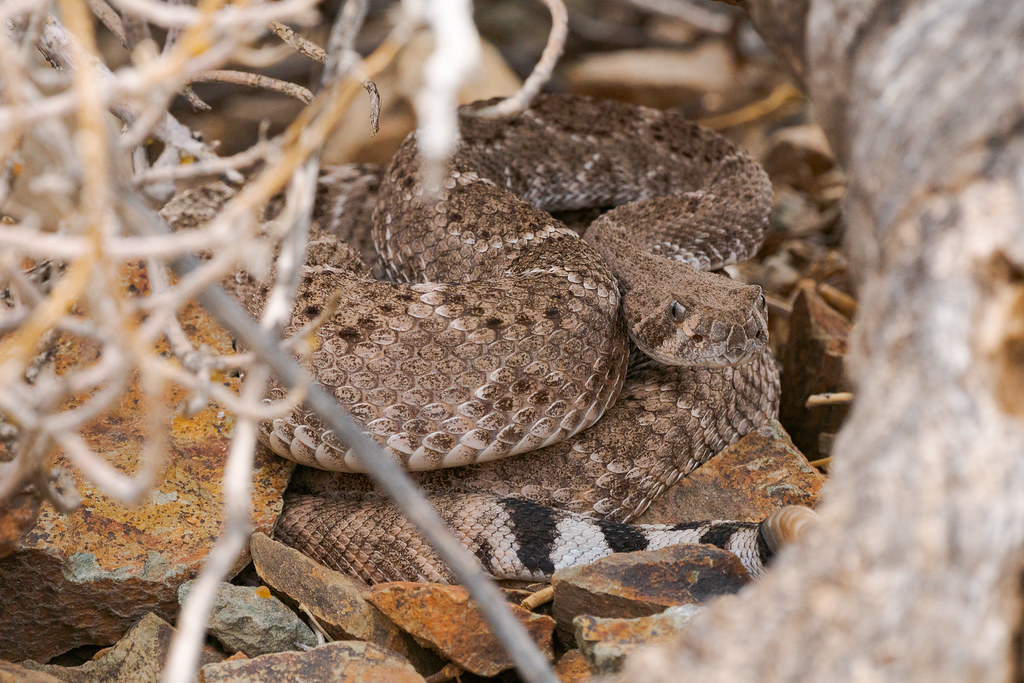 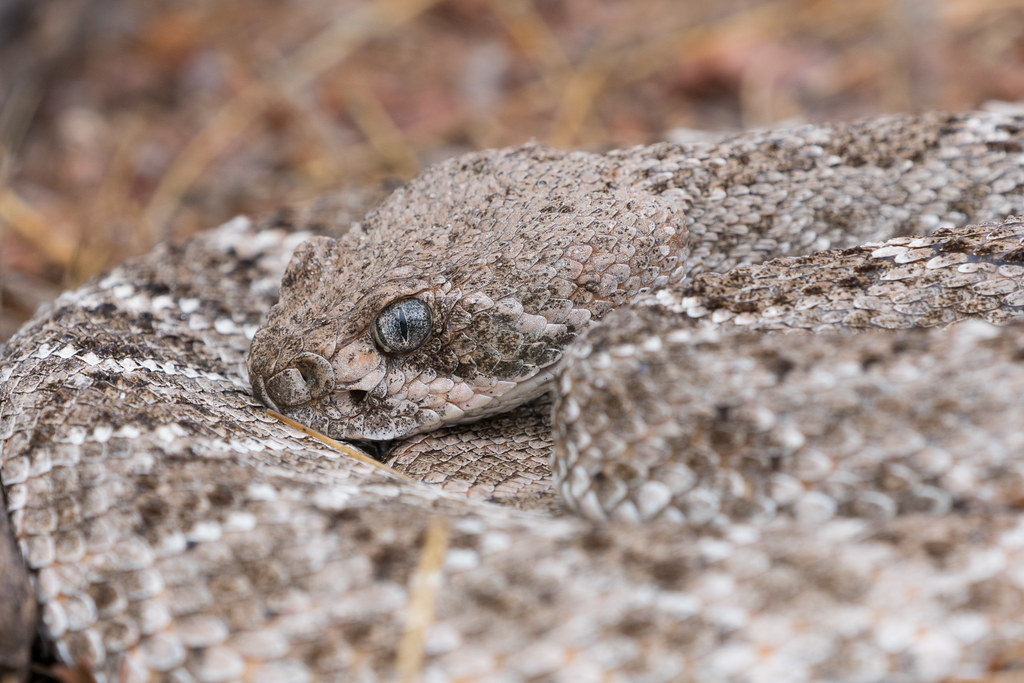 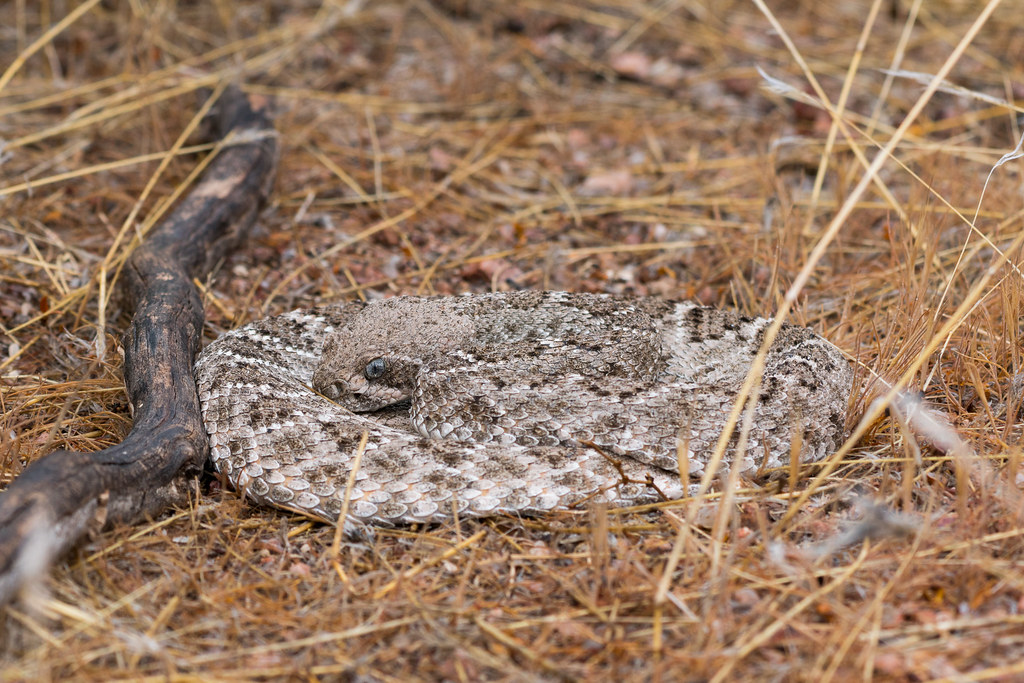 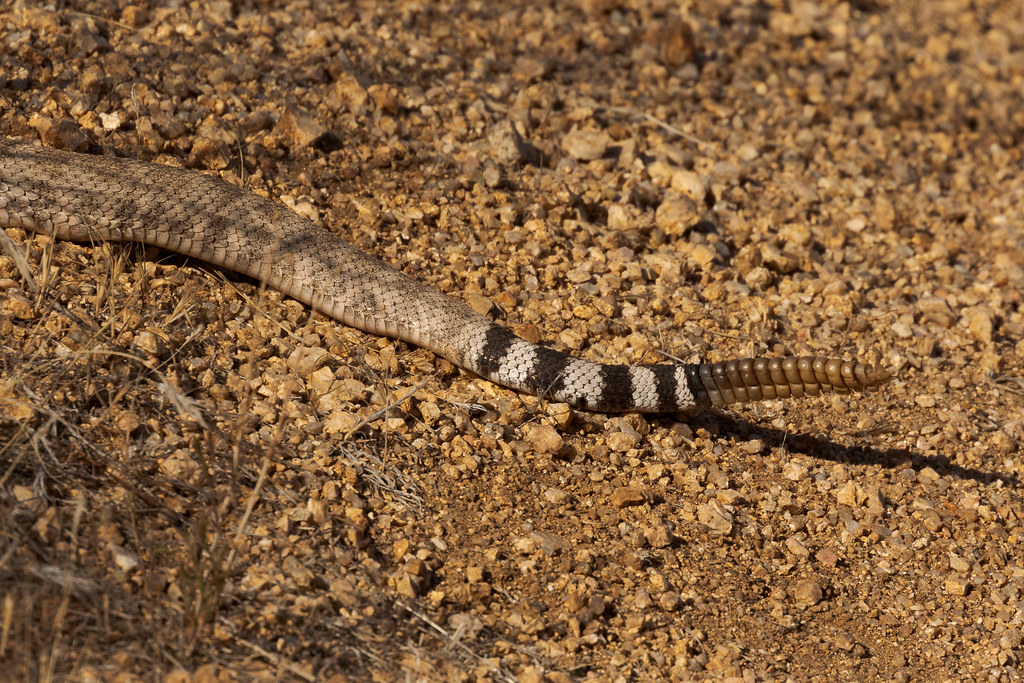 Last week I saw my first Gila monster but got my best look at its tail as it slowly walked into the bushes. This morning I saw my first western diamondback rattlesnake but also got my best look at its distinctive tail as it slowly slithered into the bushes. Thankfully I didn’t spook it, as I crested a small hill I saw it far enough away that it wasn’t startled and I kept a respectful distance. I had already put my camera away but had time to take off my backpack and get the camera out and take a picture of that beautiful tail.