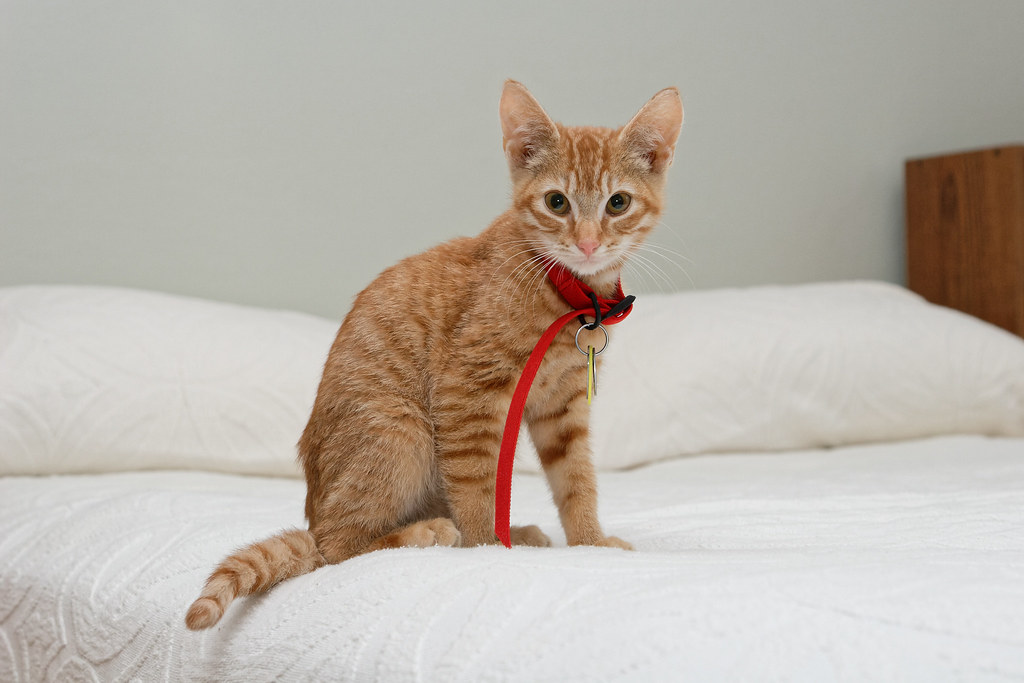 It was two weeks ago today that we said goodbye to Templeton. But today isn’t about goodbye so much as it is about hello — make that two hellos — as we went to the Oregon Humane Society today and adopted two lovely little cats. It’s a good thing we left when we did or we might have adopted a handful more, there were so many wonderful cats to choose from.

We haven’t chosen new names for them yet — the only thing we know for sure is that they won’t be Candy Cane and Purrana, their current names. They are each in quarantine, one in the guest bedroom and one in the spare bathroom, until they pass their vet exams on Monday (thankfully both have tested negative for FIV).

The little fellow in the picture above (originally named Candy Cane) was dropped off at the Humane Society on December 15th so he had been there exactly one week, the reason listed for giving him up was simply “last of litter”. He is four months old and had fleas and ear mites but has been treated for both, he’s also been battling diarrhea for a few days but the cause isn’t known yet. We’ve got him in isolation in the guest bedroom, he’s been curled up either on the bed or on a blanket on the floor.

It took all of about two seconds for me to fall in love with him when they first brought him into the “Get Acquainted” rooms. He climbed into my lap and didn’t leave until I handed him to my wife, he just purred and purred and that was that. I think the only reason he lasted a week without someone adopting him is that he was in a cage due to his illness and not in the normal communal kitten room (a place so full of cuteness that if you stare too long your head will explode). 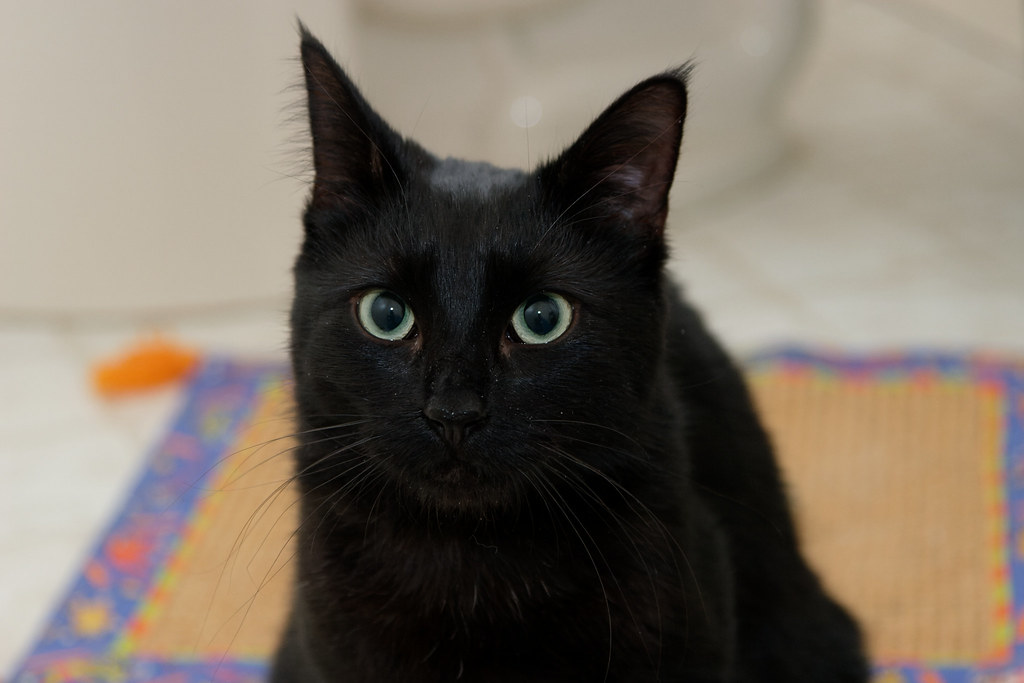 The cat named Purrana (we’re leaning towards calling her Emma, sticking with the tradition of naming the cats after characters from literature) was dropped off on the 5th of December, so she had been there a while longer. Her previous owners felt they had too many animals, so this one and half year old is now the newest member of our household.

We selected her because she had been around cats before, had a good personality, and has a beautiful black coat — I’ve never had a black cat before but think they’re lovely, as does my wife, so I’m thankful we found her. She was sprawled out and sleeping in a great pose when we first saw her, which reminded me of Templeton’s various poses.

She was more nervous when they brought her in to visit with us, but she loves to rub her head up against yours and it didn’t take us long to realize we had found our second cat to adopt. She’s isolated in the bathroom on the main floor, which isn’t as photogenic as the bedroom, but I only got a couple of pictures of her anyway. She refused to leave my lap so I had to push her gently away with my leg just to take this picture, and then I let her climb back into my lap and start rubbing her head all over me.

Scout isn’t sure what to make of the visitors yet, she’s avoided going by their rooms but soon enough I’m sure they’ll get acquainted by sniffing under the doors. The two new ones seem to have such gentle and loving personalities that I’m hopeful they will soon all become best friends, but for now it’s best to take the introductions one step at a time.

Now we just have to choose their names …