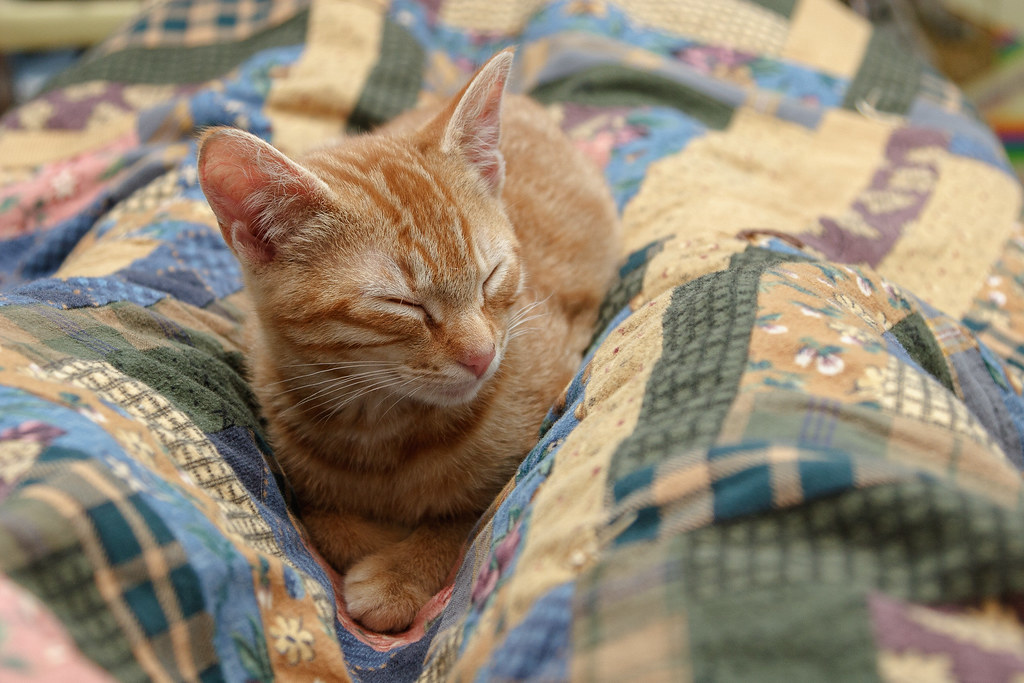 I’ve been editing some old pictures to bring old blog posts back online and was surprised to find this picture of a young Samwise snuggling up on my legs, adopted a month prior, never made it online. He turns 13 this month, with Ellie gone all the pets he grew up with have died. He loved being the youngest so I feel for the tender-hearted little fellow. He’s not wanted Trixie to snuggle up with him lately but that may be more a displeasure with the summer heat, we’ll see in a bit when the worst of the heat breaks for the year. 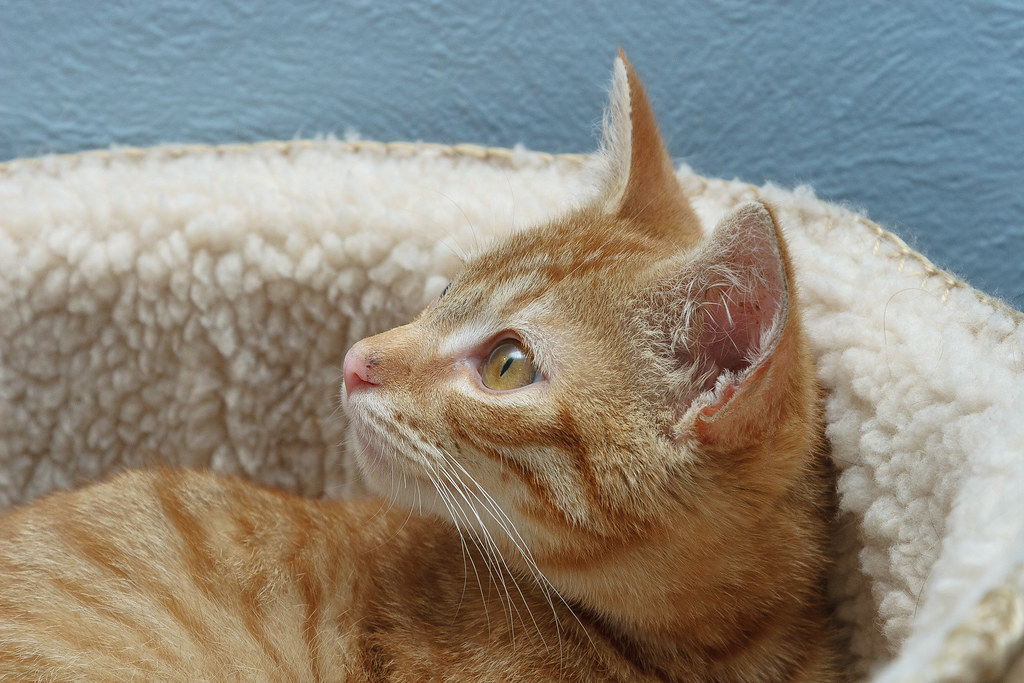 Sam as a newly adopted kitten in 2008, after he and Emma were released from isolation and given free roam of the house. 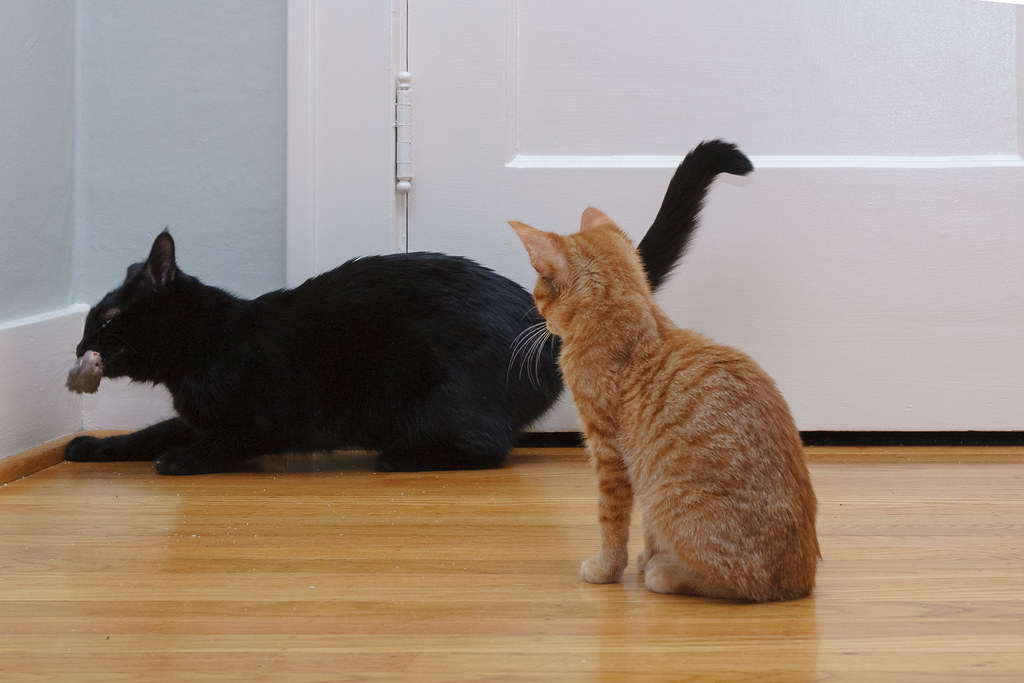 From 2007, new arrivals Sam and Emma play in the guest bedroom while in isolation from Scout. I spent most of their introductory period with Scout since we were so tightly bonded but I’d relieve my wife at times and keep the youngsters company. 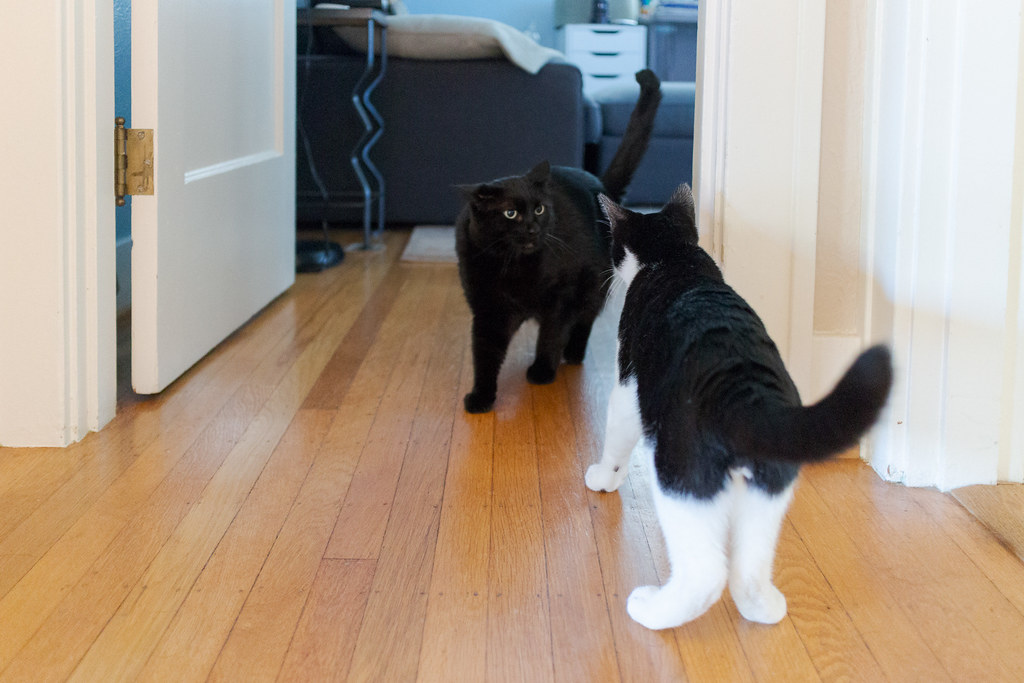 As you can probably guess by her pinned back ears, Emma was not happy about the arrival of young Boo in July of 2013. As she stormed off he arched his back and his tail got awfully thick as the little fellow made himself look as big as possible. He instinctively understood that he was going to have to make nice with the queen and did his best to get on her good side. 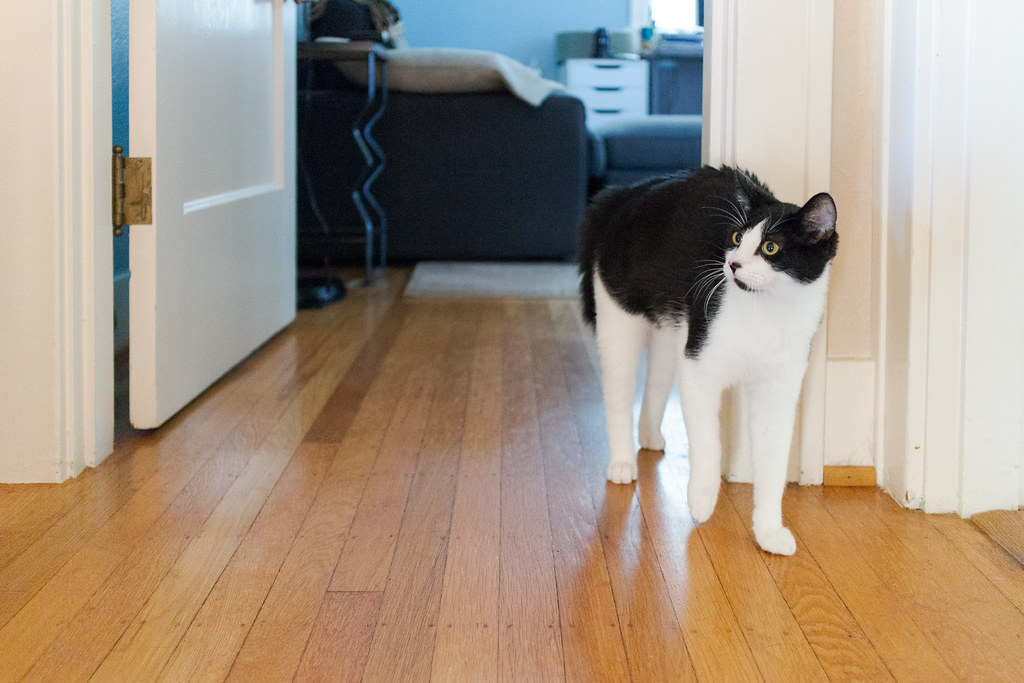 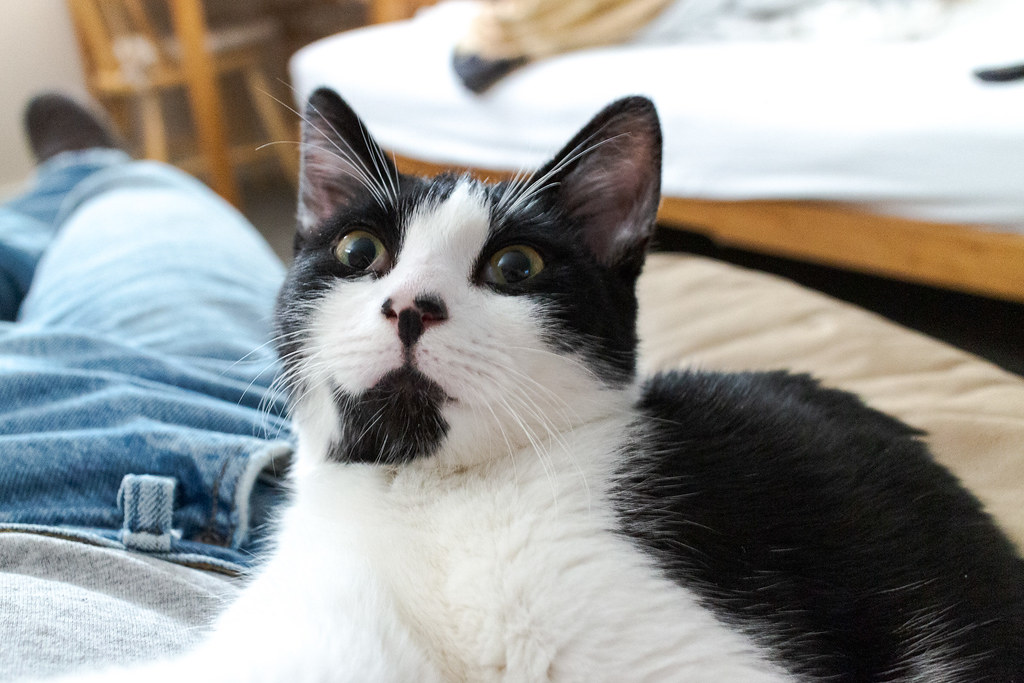 Boo appears alarmed but it was just a moment of goofiness before he fell asleep with his head on my chest, taken in 2013 a few days after we adopted him. 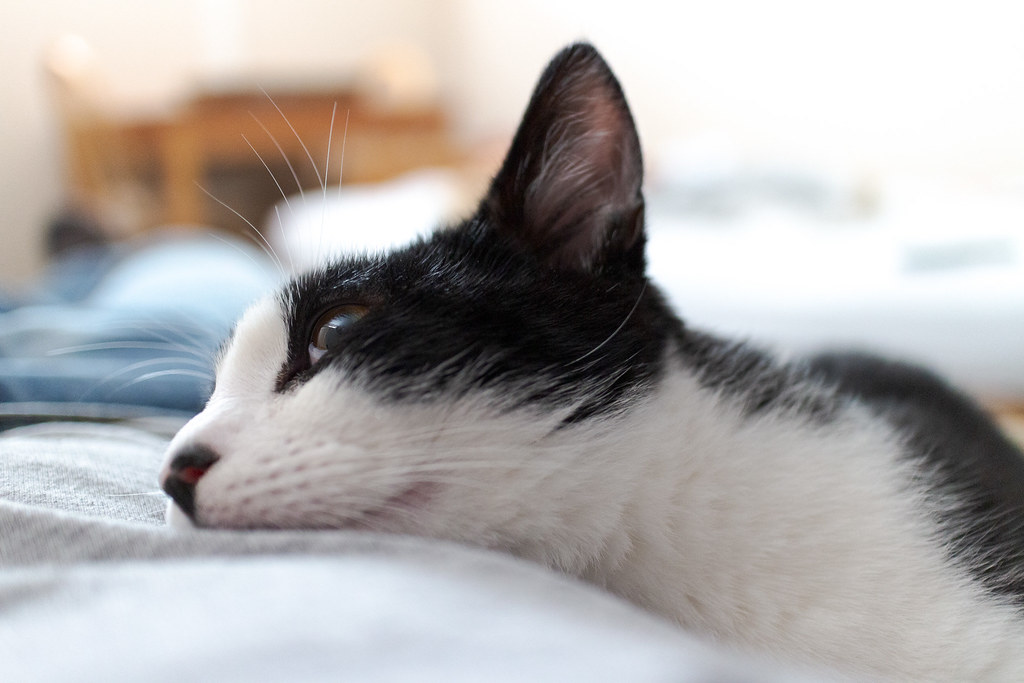 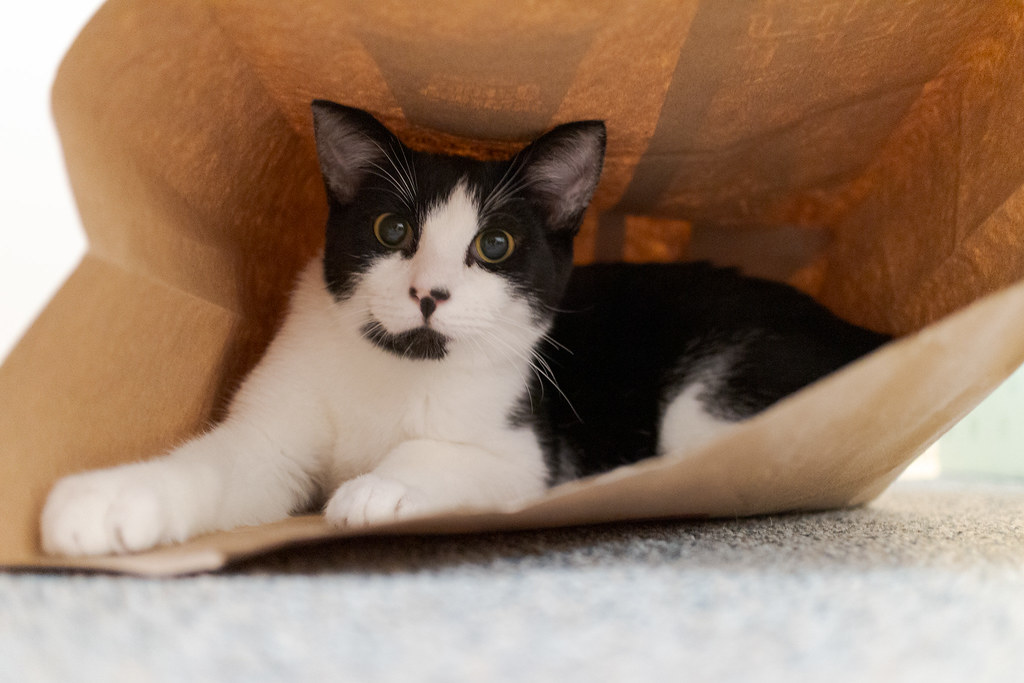 One of my earliest pictures of Boo after we adopted him in 2013. 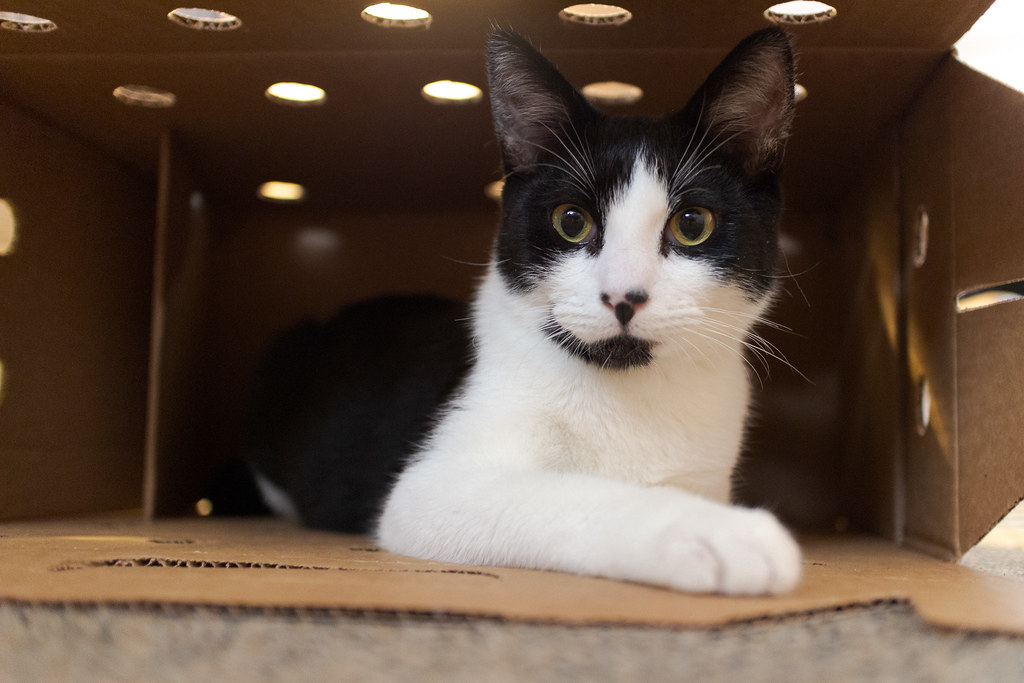 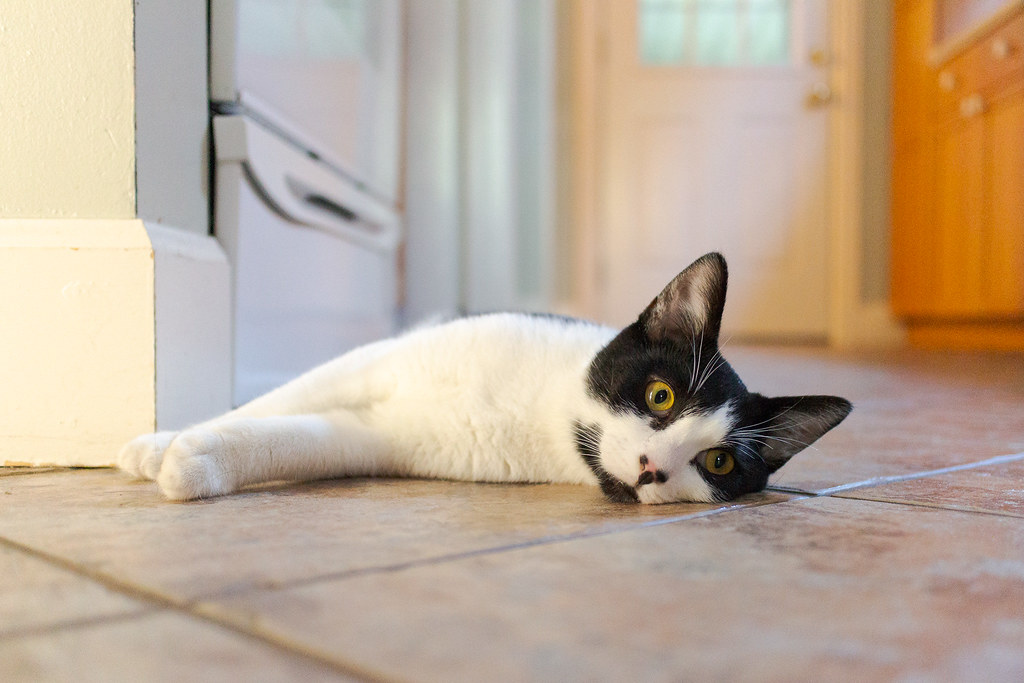 Boo in 2013 on the day we gave him his first free reign of the house. He’d flop over in the kitchen when he got a little overwhelmed, close to the basement where he could retreat to a more comfortable place. He rose to half-alert with his eyes fully focused on Emma, our oldest cat who was not happy about his arrival. At this stage we only gave him limited time in the full house as he still needed to work on his confidence. 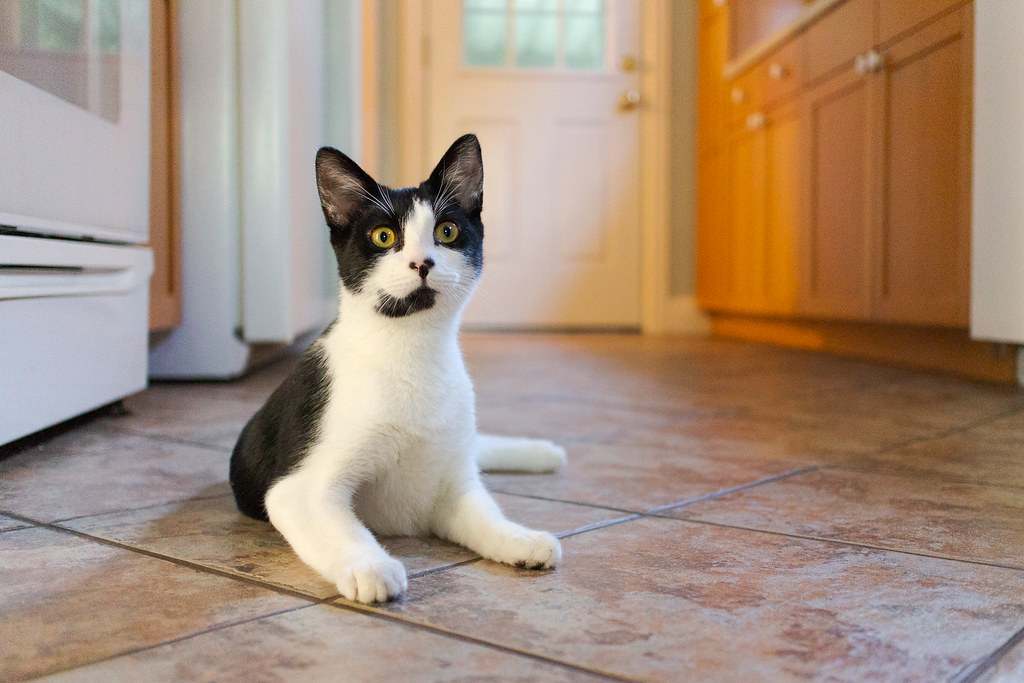 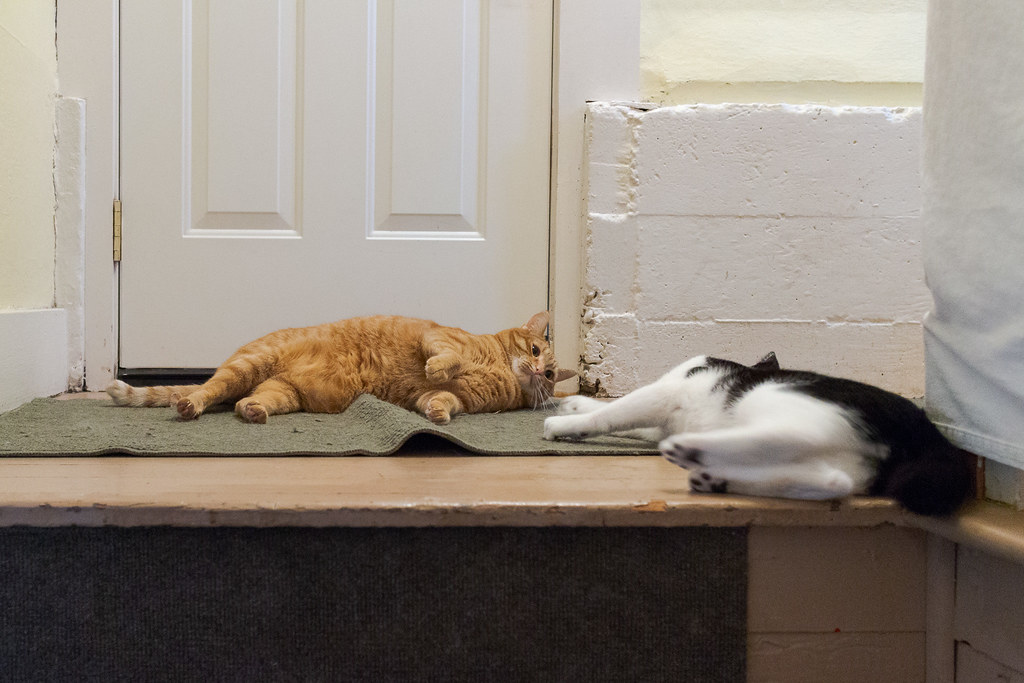 From 2013, this wasn’t technically the first time they met but it was the first time after we let Boo out into the house at large. The brothers both flopped onto their sides in submissive gestures, getting Sam to accept Boo was not going to be an issue. 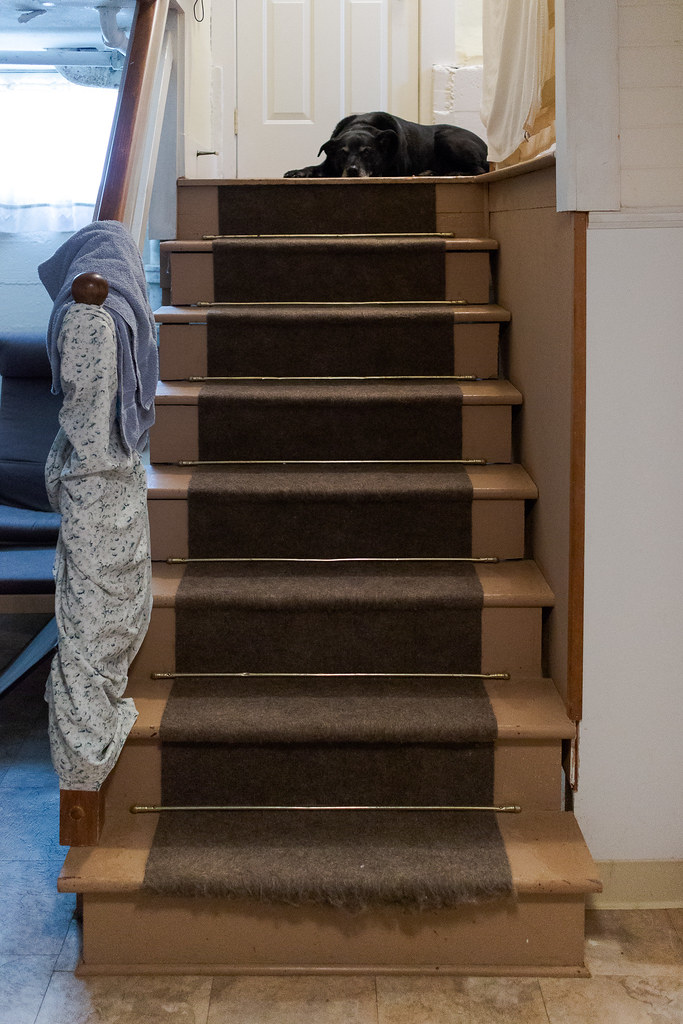 On the day we gave Boo his first taste of freedom in the house, I grabbed my camera to document the event and laughed when I saw what was awaiting him at the top of the basement stairs. He had already met Ellie and got along with her from the start so it isn’t as imposing as it looks. 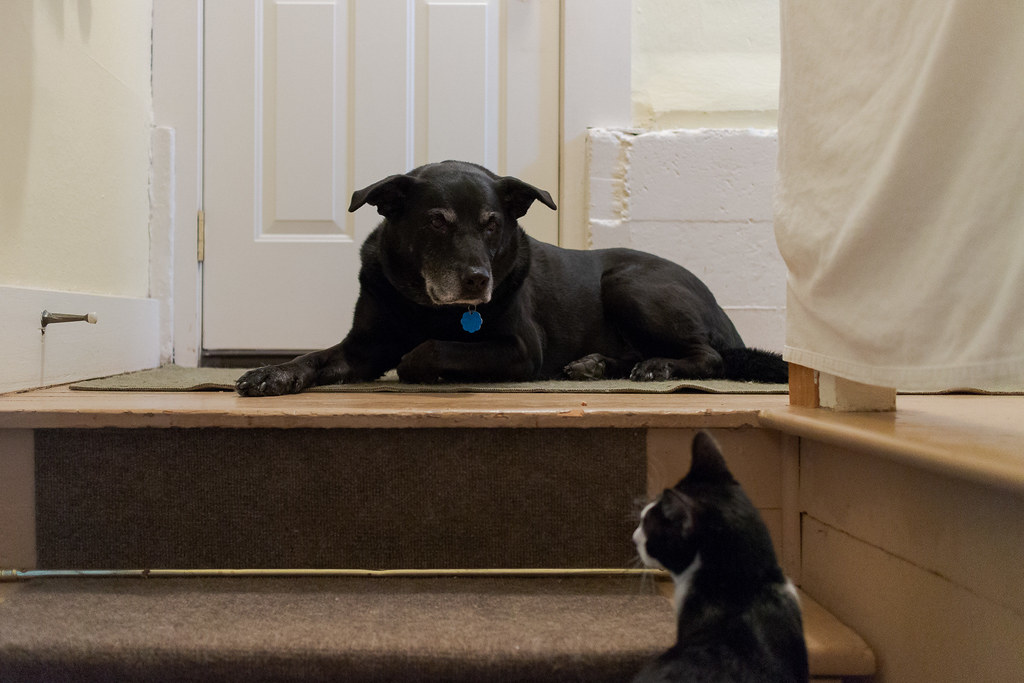 As he scrambled up the stairs, he assumed a submissive pose as he did with all the other pets, as Sam and Emma were at the top of the landing watching him. He sized up Ellie but of course he had nothing to worry about. Ellie has been a sweetheart with both of the young kittens we’ve adopted and the three cats we had when we adopted her. 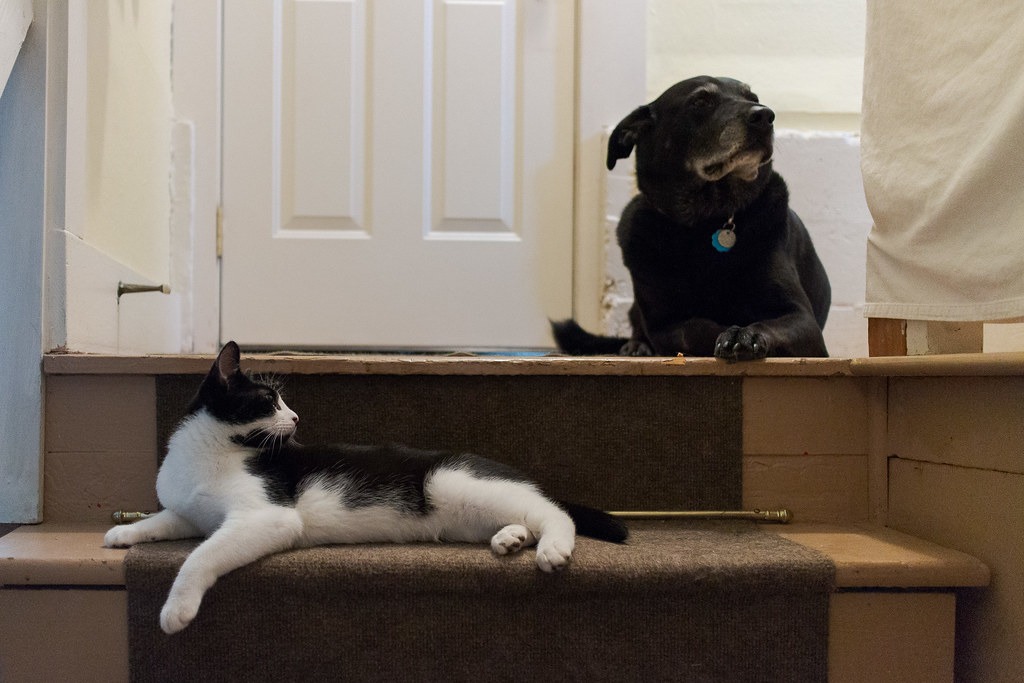 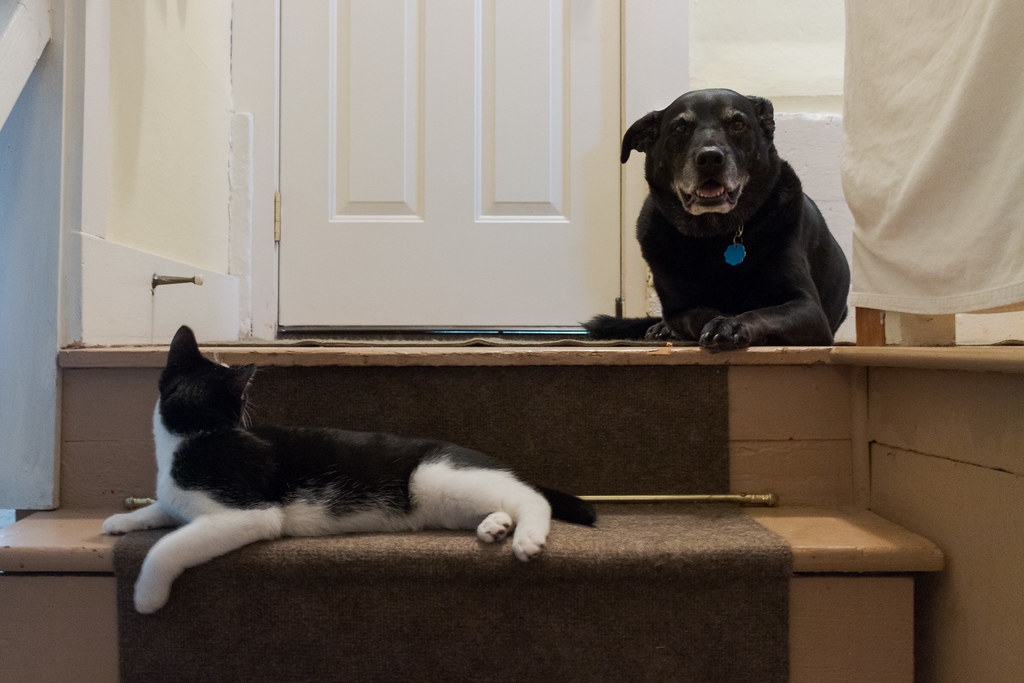