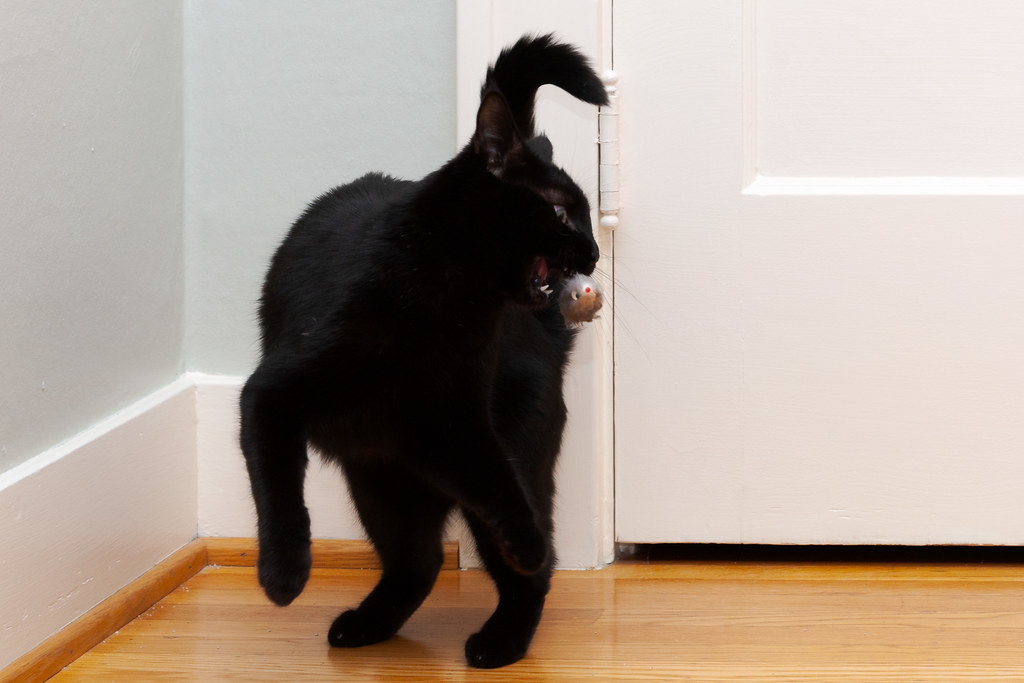 A couple of action shots of Emma playing with her furry mice, in better focus than yesterday’s picture. She’s definitely feeling at home with us now, her first few days she didn’t play much and then pretty gently, but it’s controlled mayhem now. I’d describe Sam’s play as controlled mayhem but that would imply there was control involved. Some of my best shots of him today accidentally have him running out of the frame.

They are both playing quite a bit now and are very active, which I think is a combination of them feeling better as well as getting more comfortable with us and each other. They are also eating a lot, which may not be an issue given how much exercise they are getting, but it also means they are using the litter box a lot. Being in a closed room with them somehow becomes a little less appealing (what exactly do they put in that kitten food anyway?) — for the first few days it was raining so much I couldn’t open a window for relief, but the past couple of days I’ve been able to air out the room from time to time. 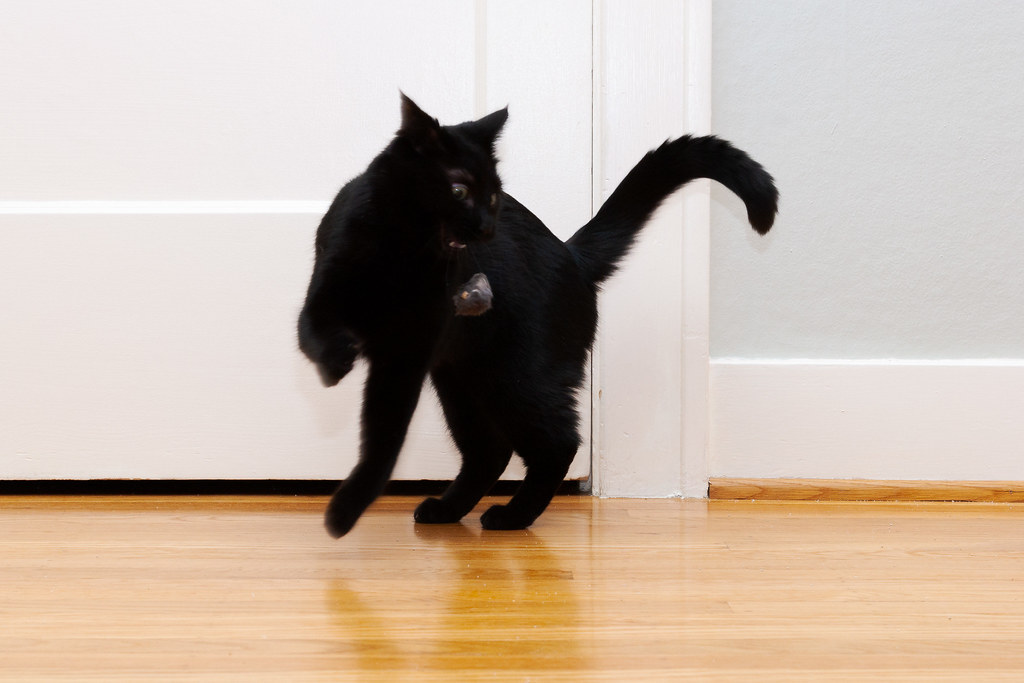