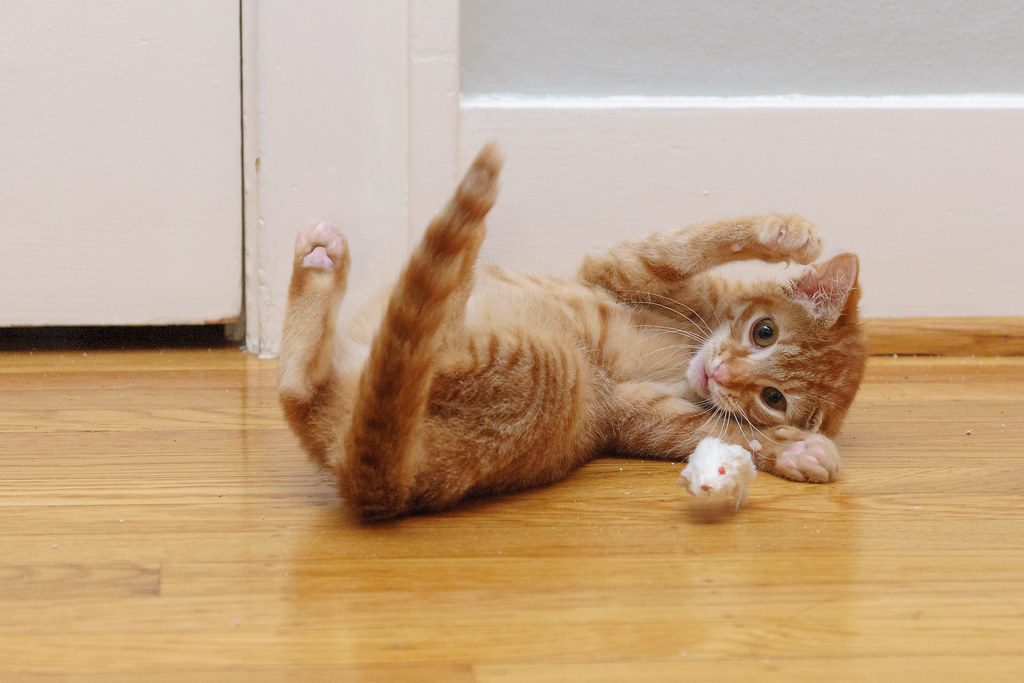 After giving praise to the Oregon Humane Society and our vets at Laurelhurst, I have a major bone to pick with both of them. The Humane Society told us that Sam might have an upper respiratory infection, had diarrhea, and had been treated for fleas and ear mites. All good, we wanted to know as much of the little guy’s medical history as possible. Sam got an exam at Laurelhurst as soon as possible and it was discovered that the mites were probably gone but he had a yeast infection in his ears, so we’ve been treating that.

But how is it that both of these fine organizations neglected to tell us that little Sam has Jedi powers? I was watching Sam and Emma play with their furry mice when suddenly Sam began to levitate the albino mouse. Fortunately I had my camera in hand to document the event, as people tend to not believe me about things like this.

Maybe we should have named him Yoda?