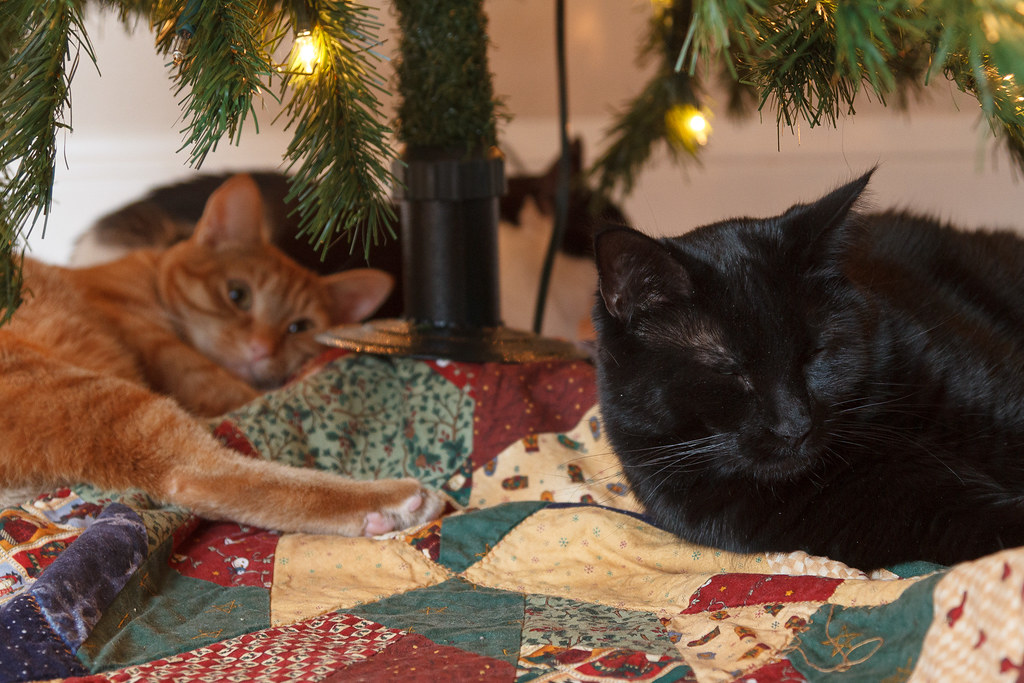 Many parts of the former British Empire celebrate Boxing Day after Christmas, a day originally set aside to give gifts to the less wealthy parts of society. While we don’t celebrate Boxing Day here in the States, we do celebrate Unboxing Day in our home, a day set aside to unbox our artificial Christmas tree. This day will always be a day of joy and sadness for me, as it was not only one of Templeton’s favorite days of the year, it was also the day he died in 2007.

But it is also a day of joy, as the cats all love it, Emma especially. I brought the box down early this year but didn’t get the tree out for another week, and every day when I came home from work Emma would be sleeping beside the box. I’m not sure if the smell brought back pleasant memories or if she was trying to guilt me into putting the tree up.

I finally put it up last night, and before I even had the top assembled Emma was sleeping under the bottom branches. Sam was climbing in it before I had the branches spread out, and today it showed clear signs of cats tunneling upwards through the branches. We’ve had this tree throughout our married life but I don’t how much more of this kind of love it can take. Scout used to love to climb in it when she was younger, but being the resident genius she at least figured out how to climb up without leaving an evidence trail behind her.

Last night all three cats were under the tree, and I hoped to get some pictures but Emma woke up and came out to greet me so I didn’t have much time. Snuggle buddies Sam and Scout stayed put so I had a little more chance with them. 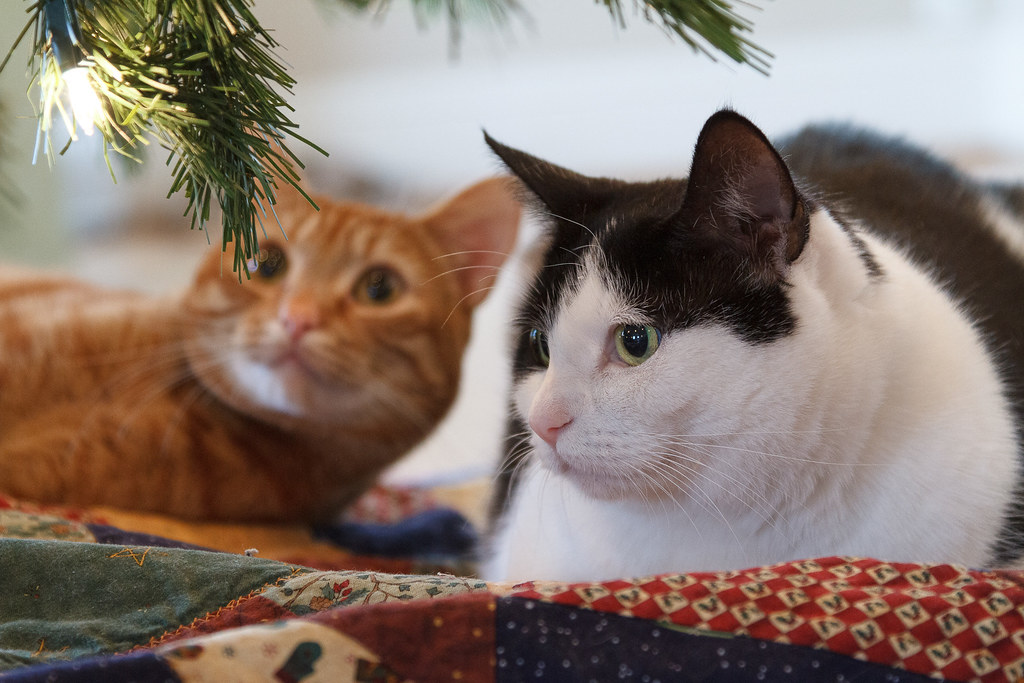