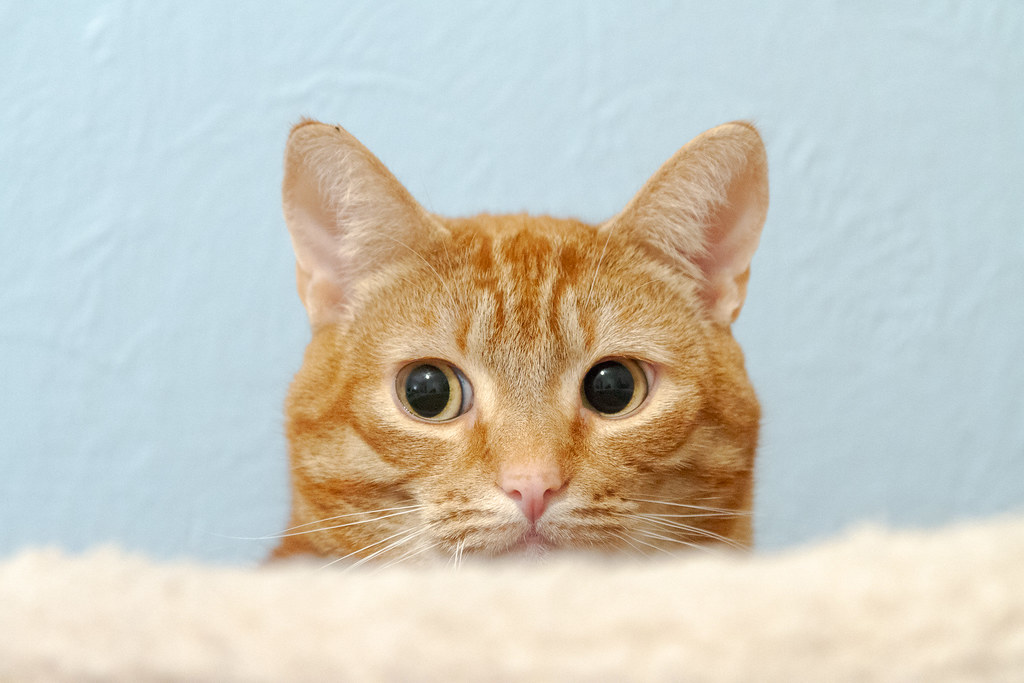 We have three heated cat beds in my office, one for each of the cats, but Scout has one she considers hers and spends much of the day sleeping in it. The other cats pay their obeisance to the queen and leave the bed for her, mostly, but Sam does occasionally go through moods where he claims it for his own. I don’t think it’s a power play, partially because that’s not his personality, partially because sometimes he tries to climb in with Scout. They are both small cats but it’s a small bed too, not a bed for a small two.

If Sam takes the bed while Scout’s away, when she returns she sits beside the bed and gives him the evil eye while he pretends not to see her. When the evil eye doesn’t work, and it never does, Scout comes over to me and starts giving me the business until I go and evict him.

When we discovered her bed was no longer heating up, I struggled with whether or not I should switch it for one of the others. Scout more than any of our cats living or past is a slave to her routine. One night I decided to try an experiment and switched her bed with one a few feet away on the desk. I knew she wouldn’t like it at first but I figured with a little time the electric warmth would overcome her objections.

How wrong I was!

I made the switch in the early evening and immediately Scout started haranguing and harassing me, sometimes vocally, sometimes by repeatedly head butting me and walking across my laptop. Hour after hour I resisted but she broke me in the wee hours of the morning and I switched the beds back. Before I could even sit down she had hopped in and curled up to sleep.

At last we both had our rest.