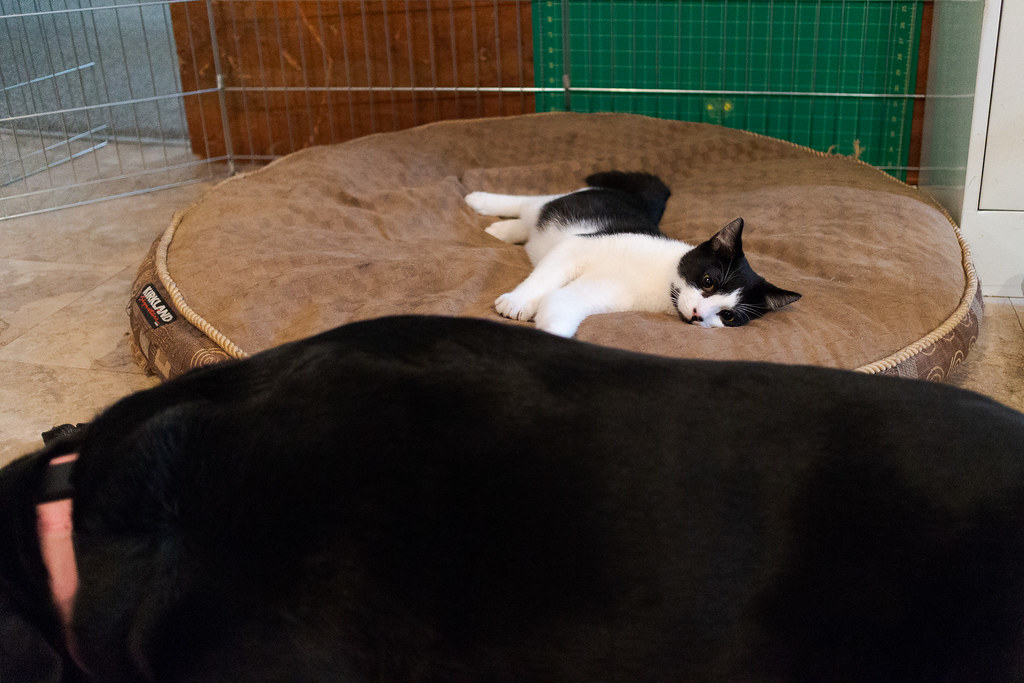 While Sam would occasionally sleep in one of Ellie’s beds, particularly the homemade one, the thieving of dog beds began in earnest in late July. Coincidentally, this is also when Boo was given free reign of the house. This is Boo on his first day out after a couple of weeks in isolation in my wife’s office in the basement. That week began his gradual introduction into the house at large, we’d let him out for a while but at night or when we were away we still kept him isolated.

Boo was shy and nervous when we adopted him and you could see on his face how exploring the house and meeting the pets was both exciting and exhausting for him, so we paced his introduction even slower than normal. Several times on this first day he’d go up and explore the ground level and meet the other pets and then come back down to Ellie’s dog bed for a little rest. The bed was right outside my wife’s office so he could enjoy a taste of his newfound freedom and yet easily scoot back in to his comfort zone if needed.

He showed little fear of Ellie from the start, and for her part, she was nonplussed by the arrival of the little fellow. So when he stole her bed, she laid down beside it on the hard floor, making life a little easier for the kitten as he began to understand what it meant to be home.