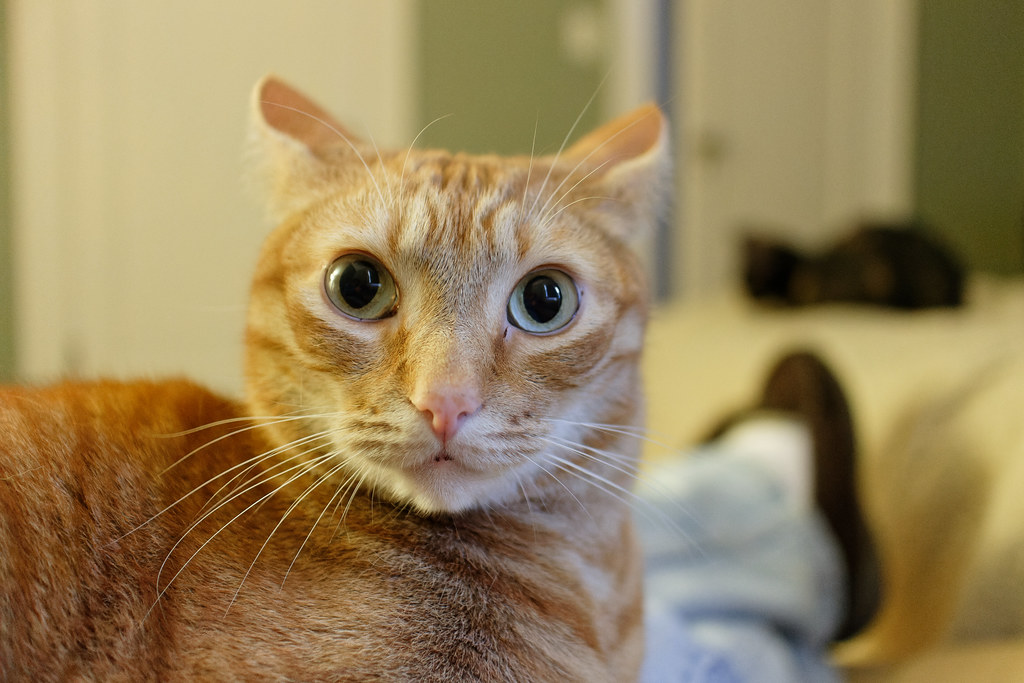 One of the things I love about the Canon M is how quiet and unobtrusive it is, which makes it a lot easier to take pictures of the pets without alarming them — despite what Sam’s appearance might suggest. The reason his eyes are wide open and his ears pinned back is that it was nearly dinner time, and he heard a noise downstairs and was at full alert to determine if he was about to be fed, with his ears angled back to pick up any noise coming from beyond the door. He had been curled up in my lap and kept hinting that it was time to be fed, starting about two hours before his actual dinner time. That’s Trixie back there on the bed, we were all hanging out in the room with the air conditioner with the door cracked open so the cats can come and go. Another nice thing about the M is I could put it down by my side to take the picture, so that I could include not just Sam’s hilarious expression (he was staring at the wall, not at me), but also my legs to show he was curled up on my lap, Trixie as a reminder we were all up there, and the slightly open door to show the real reason he was on Red Alert.

This record-shattering summer gave us one last weekend of cruel, hot weather and we had to retreat to the bedroom once again, but this picture is from a month ago. The weather was much cooler today and should stay nice from here on out until we are firmly in fall’s embrace.