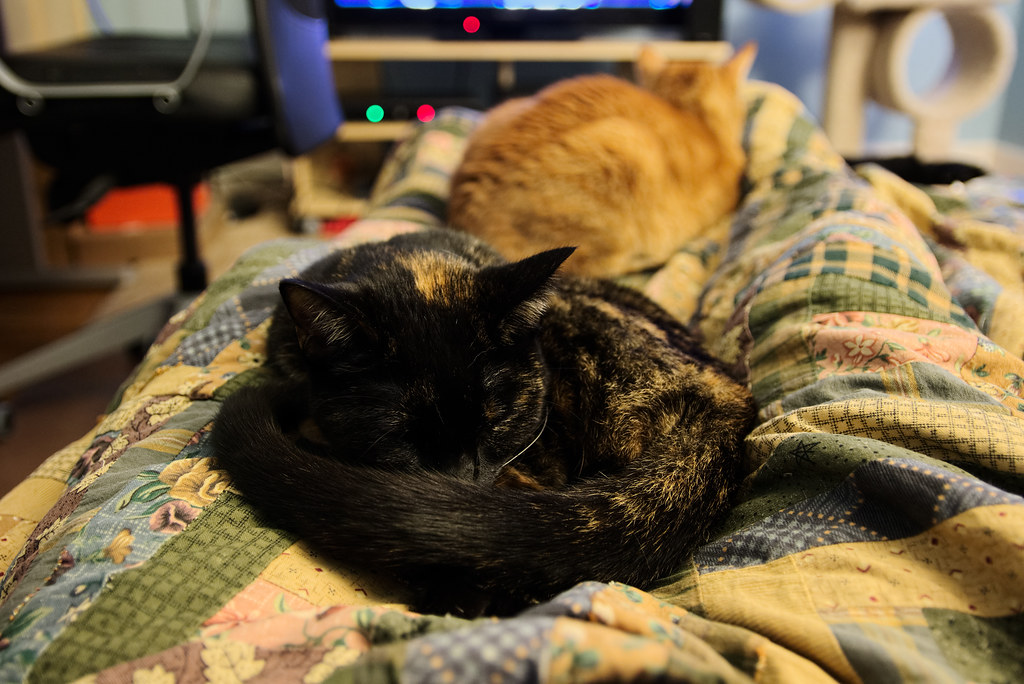 Eight years ago, after accidentally smashing my 24-85mm lens on a hiking trip, I narrowed its replacement down to two Canon lenses, a 17-55mm lens and a 24-105mm lens. The 17-55 was a better fit for my crop camera but making some guesses at Canon’s future plans I figured I would be moving on to full-frame within a couple of years, and so ordered the 24-105 lens.

Looking back I might have made a mistake for I’m still shooting with crop cameras. My reasons for thinking I’d be moving to full-frame weren’t far off, it’s just that it was Nikon who went down the path I thought Canon was going to take. While I like my SLR (the Canon 7D II) quite a bit, I’ve been increasingly frustrated by the limitations of my Canon M mirrorless camera (I guessed wrong on what Canon would do with that system as well), but am not quite ready to commit to a different system yet, so in the meantime I adopted a stopgap solution.

The lens I bought was a Sigma 17-50mm f/2.8 lens, similar to the Canon 17-55mm I looked at all those years ago, but it was both vastly cheaper (it was on sale for the holidays) and can focus closer, important for the pet photography that will be one of the primary uses of the lens. This is our youngest cat Trixie curling up (literally) on my lap while our oldest cat Sam sleeps on my feet. The 7D II I will use it on is much larger and heavier and noisier than my M, but it has a nice Live View mode that lets me hold the camera away from my eyes, and the Sigma strikes a nice balance in being almost as fast as my prime lens on the M, but with the image stabilization of the zoom. This picture was taken at a quarter of a second in the dim lighting of my office, so a fast aperture and image stabilization let me get a picture I often couldn’t get before.

While Canon has been moving in a different direction than I’d prefer on several fronts, I’m very thankful for my cameras, it’s remarkable what we can do today compared to when I started in the mid-90’s. Sony is getting pretty close to having a camera that does most of what I want, and rumors are Canon may get serious about mirrorless next year, but in the meantime the Sigma should tide me over.