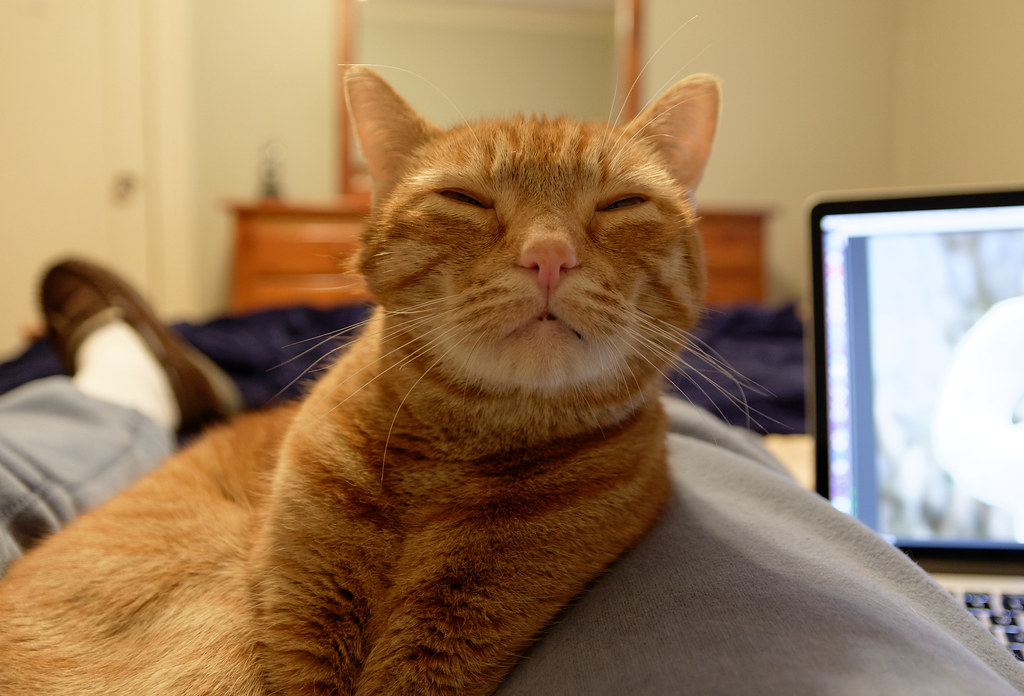 It had been a long day for Sam, he spent the day at the vet getting his teeth cleaned and a tooth removed. We kept him in isolation for the night since he had to be fed in stages and we wanted to keep an eye on him and make sure he didn’t throw up. It wasn’t easy at first as he made several (successful) escape attempts, but I finally got him settled in and he snuggled up in my lap and started purring loudly.

A while later to my great surprise Trixie came sauntering out from under the bed so I had to put her outside the room without letting Sam out. After he finished his food I let Ellie in as she had been patiently waiting on the other side of the door (patiently waiting apart from the occasional loud sigh or tapping of toes) and then Sam and Ellie both took a nap.

He earned his freedom and at the moment is curled up in his usual spot on my legs.