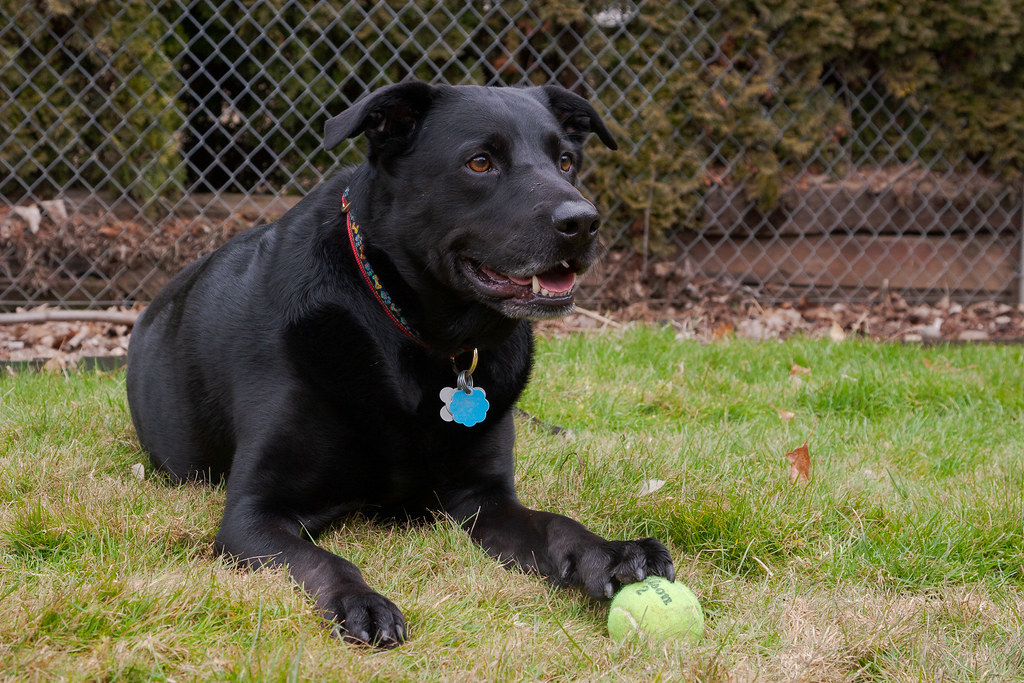 Ellie in the backyard in January 2009, three weeks after we adopted her. It looks a little posed, her paw on the tennis ball, but she did that in the early days. Did she stop it at some point? I remember her doing it back then but not after that, maybe it’s my faulty memory, maybe it had just been a while since she was able to run and fetch. She’s probably looking at my wife offscreen, she followed her everywhere in those days. Our bond became so strong for so long that it’s easy for me to forget that it took some time to form. The love was immediate though, on both sides, to know her was to love her.