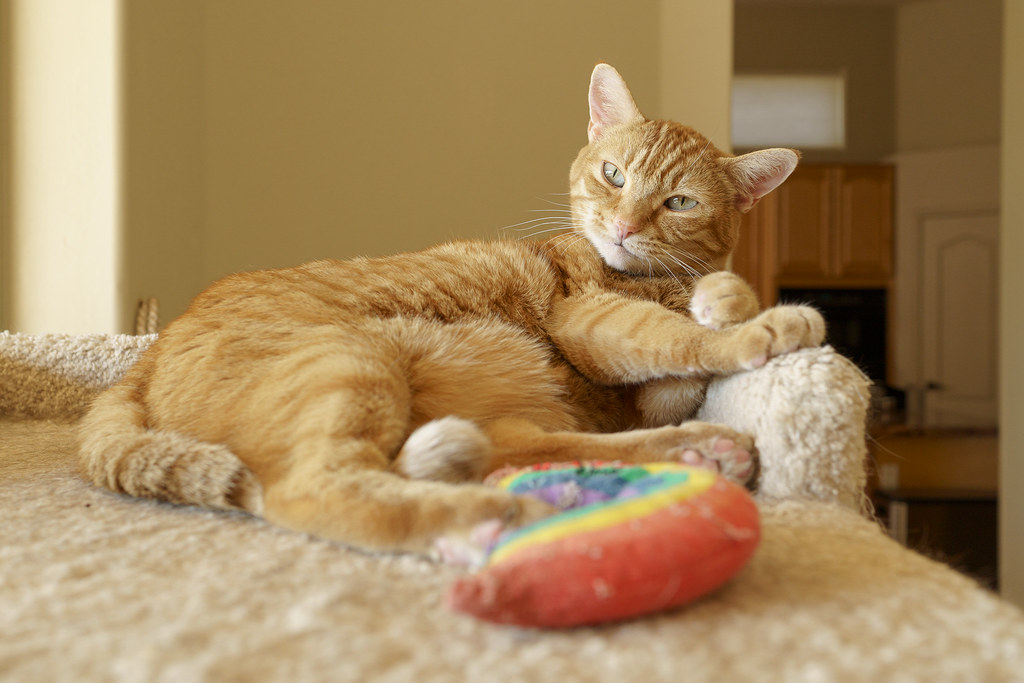 Sam has slowed down a bit in his 13th year. He still loves sleeping atop the cat tree but now he hops onto each level instead of jumping to the top in one fell swoop. He still grouses at me when I get home from work or a hike if I take too long to get settled, as he loves to jump into my lap and purr to beat the band.

One change over the past year, and I don’t know if it’s related to Ellie’s death or a coincidence of timing, is that when he first climbs aboard he likes to hang out as high on my body as he can, even up by my face if I’m reclining, before eventually going back to my lap or legs when he wants to fall asleep. As a youngster he considered that Scout’s space, and since he adored her he let her have her spot (she would have demanded it even if he didn’t). Perhaps now that all of the pets he grew up with are gone he’s feeling a little insecure, or he’s claiming it as his rightful space as the oldest, or maybe it’s just a change with age.

Sometimes he snuggles up behind my head but that’s usually when Trixie, who worships him as he did Scout, smushes her face into his when he’s not in the mood.