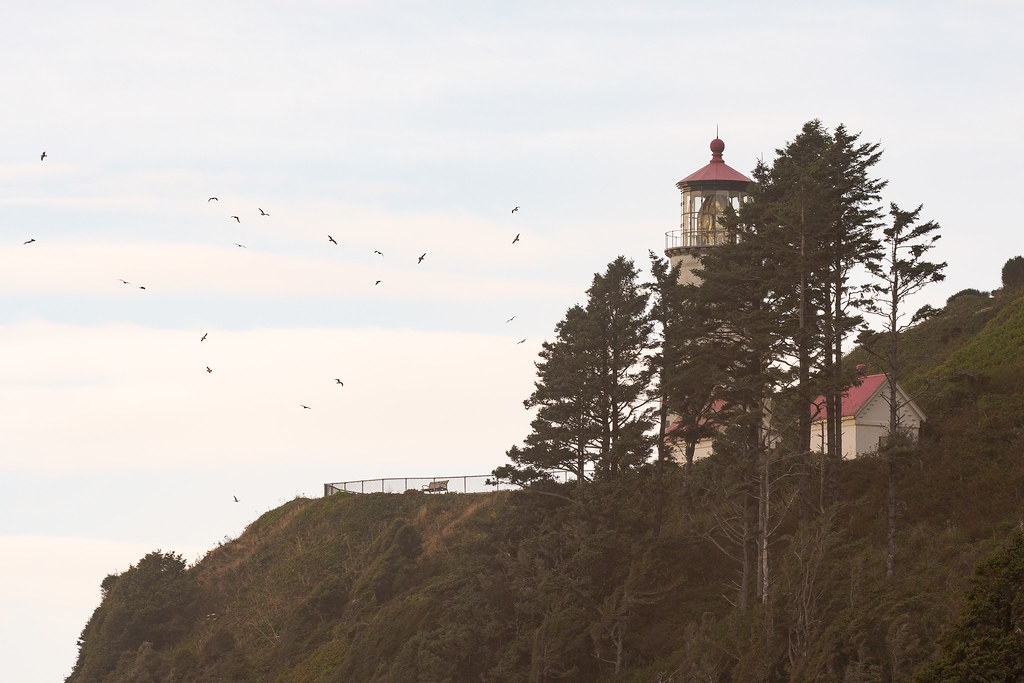 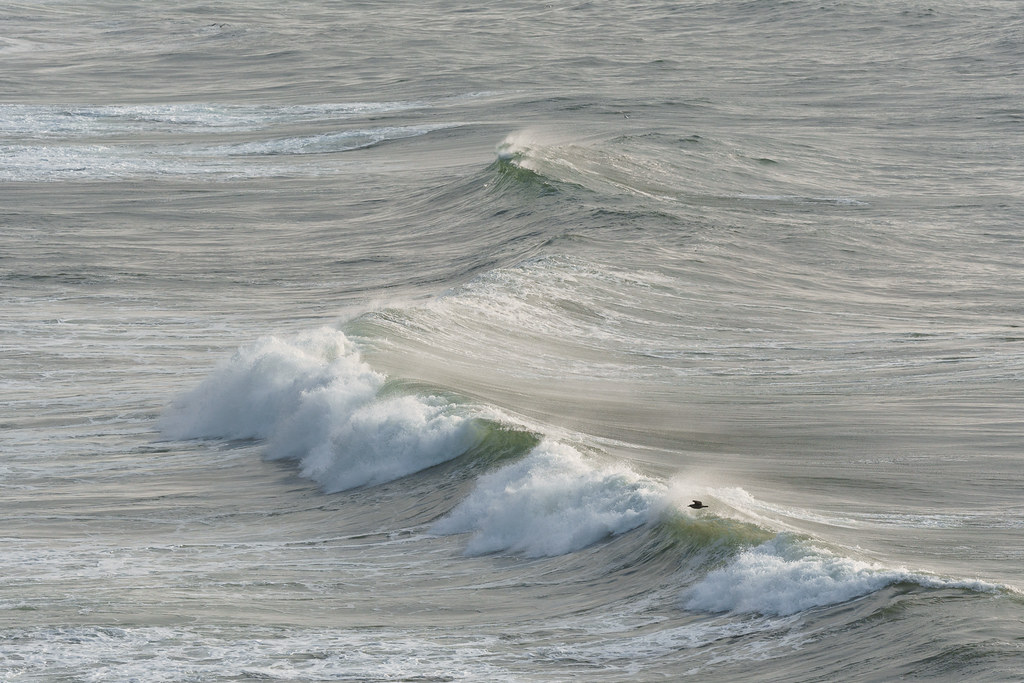 A seagull flies above large waves approaching the cove at Heceta Head. It had been years since my last visit to this lovely place so I was delighted to spend the end of a day here last weekend on a brief trip to the central Oregon coast. 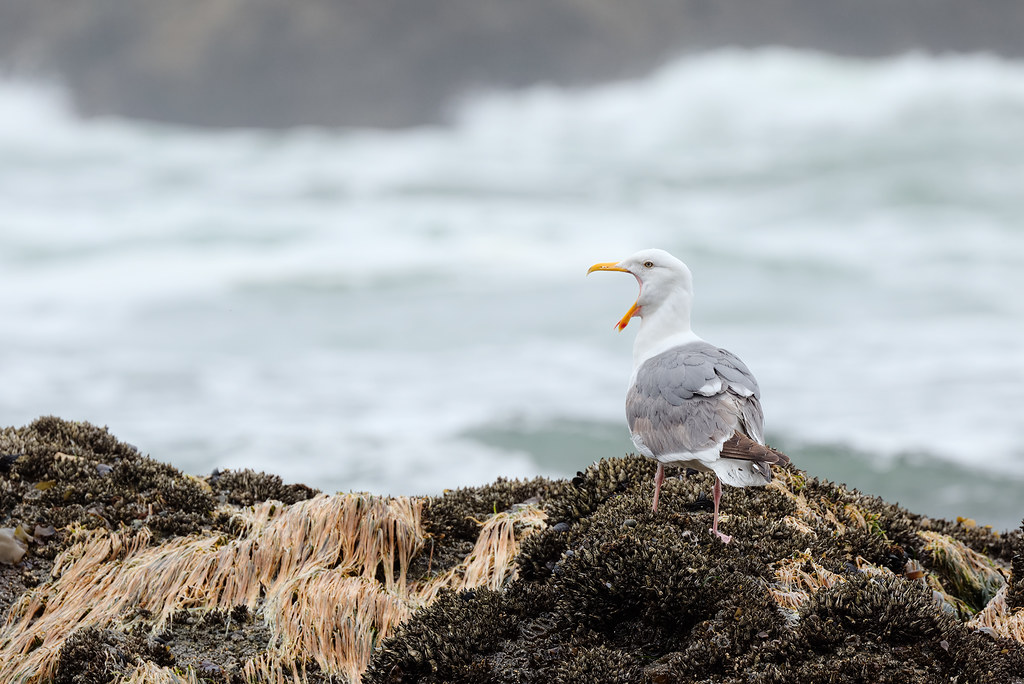