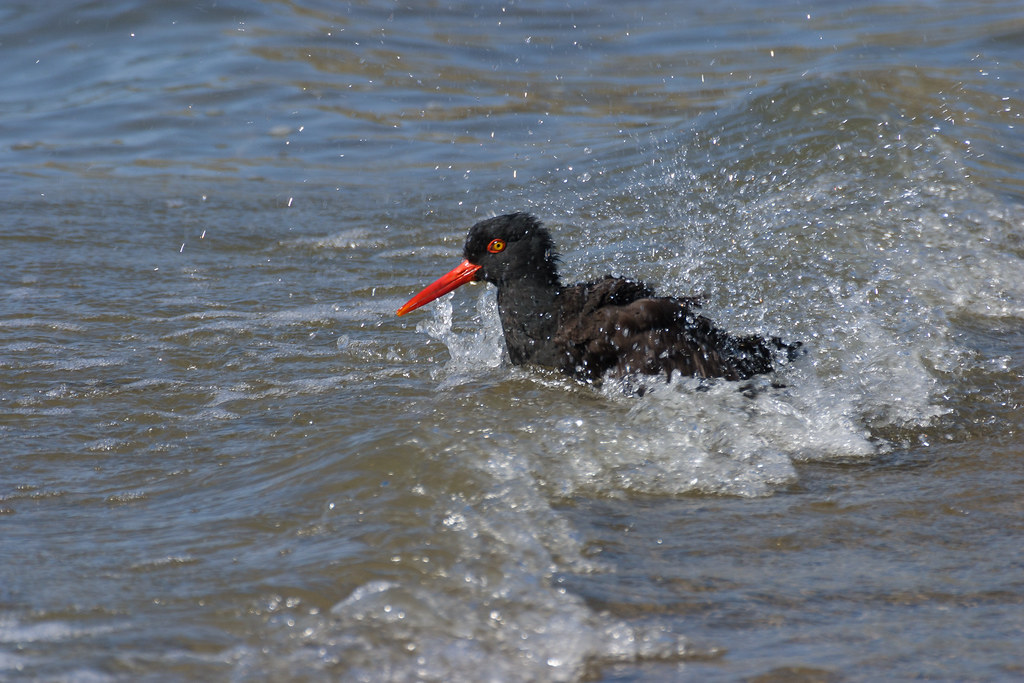 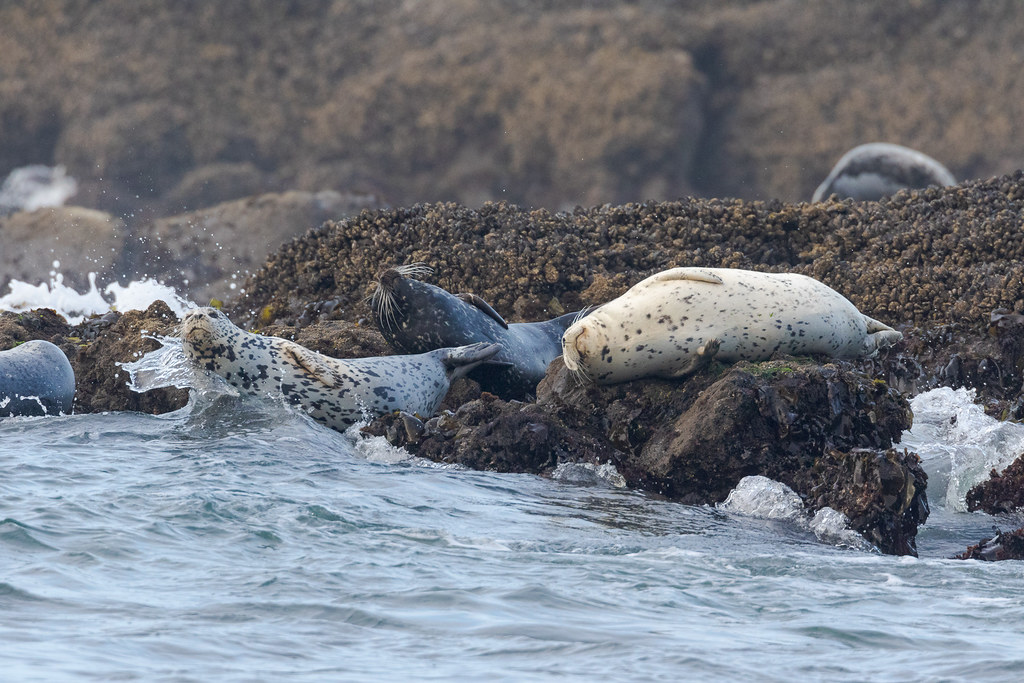 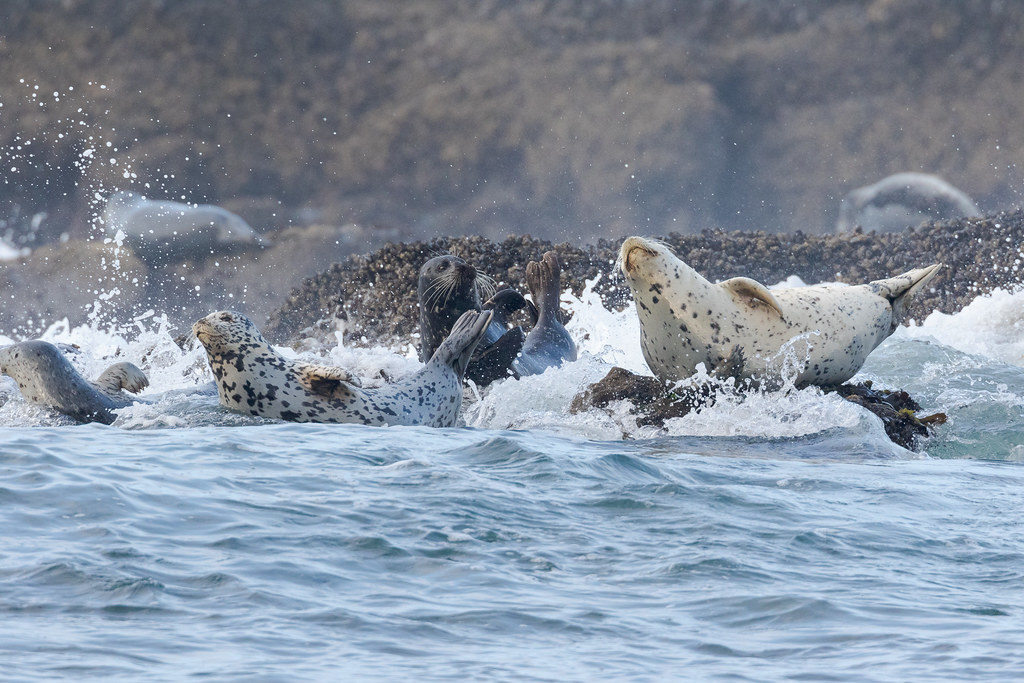 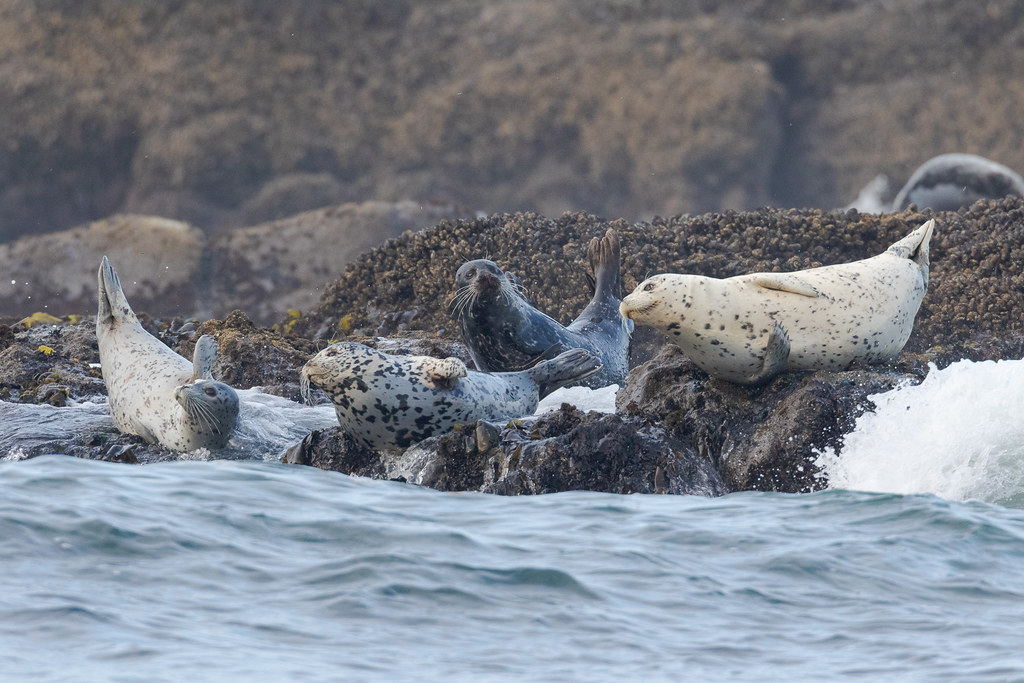 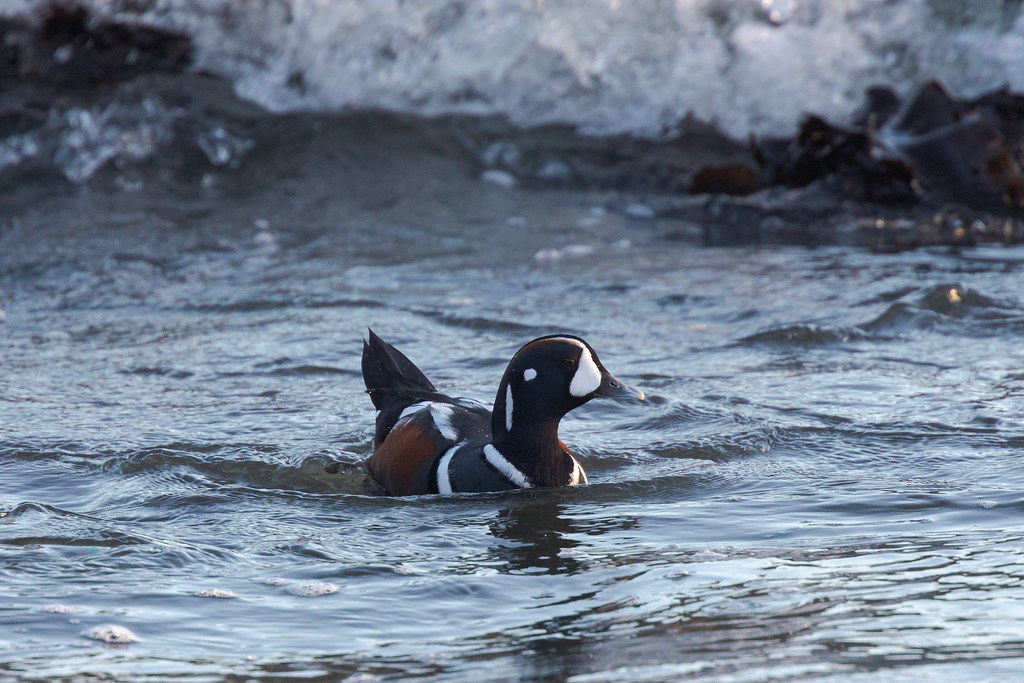 A male harlequin duck swims in the crashing surf at Yaquina Head on the Oregon coast, he was not caught unaware in this chaotic environment as this is where he likes to live. It was a delight to watch the ducks thrive in the surging seas alongside the harbor seals, two species so completely different and yet living side-by-side peacefully. 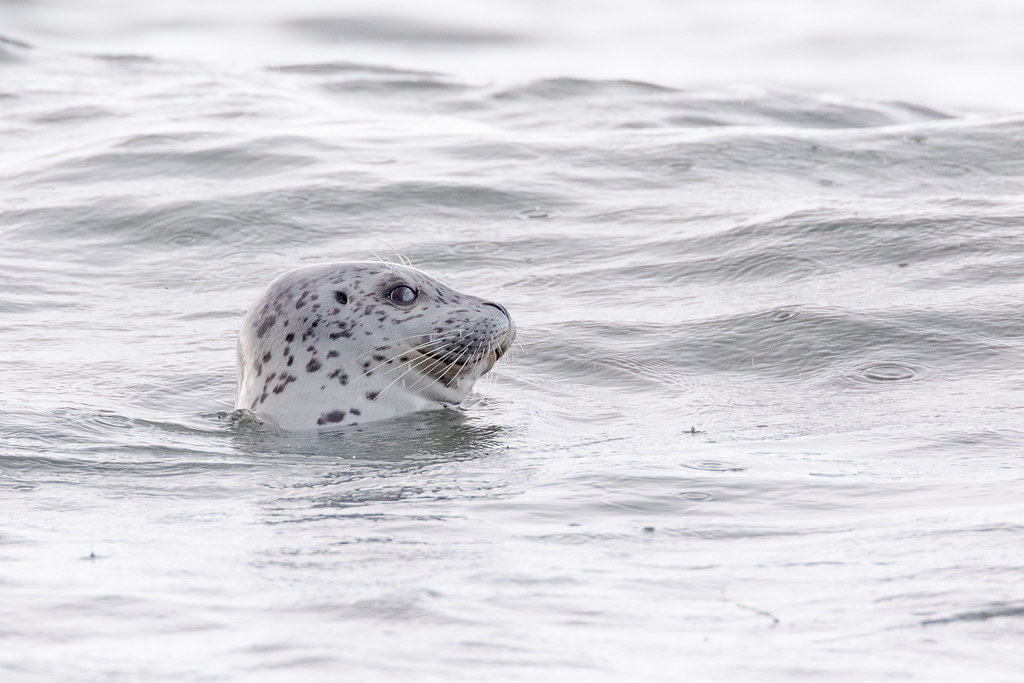 The rain began to fall on an October morning, creating ripples in the waves, but this harbor seal didn’t seem to mind getting wet. 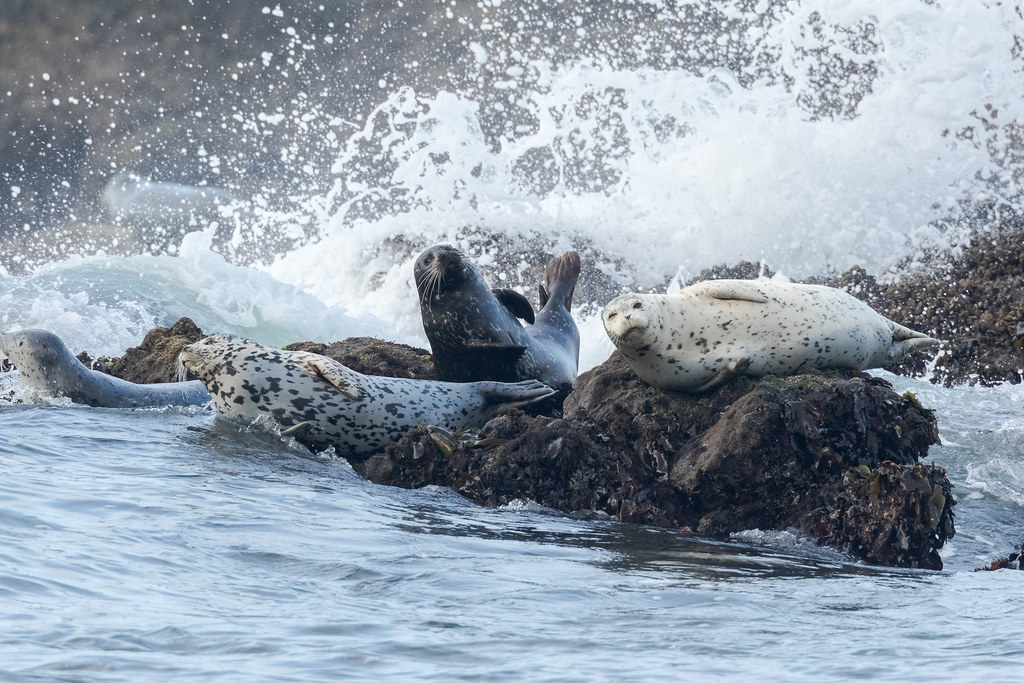 Harbor seals eke out as much rest as they can amidst the crashing waves as the Pacific rises to embrace them. I too was awakened recently by gentle but relentless sounds, once by the sound of Boo trying to get out of the bedroom closet he got trapped in, once by the sound of him trying to get into a different closet. The Pacific is mighty and mysterious, but not so much as Boo. 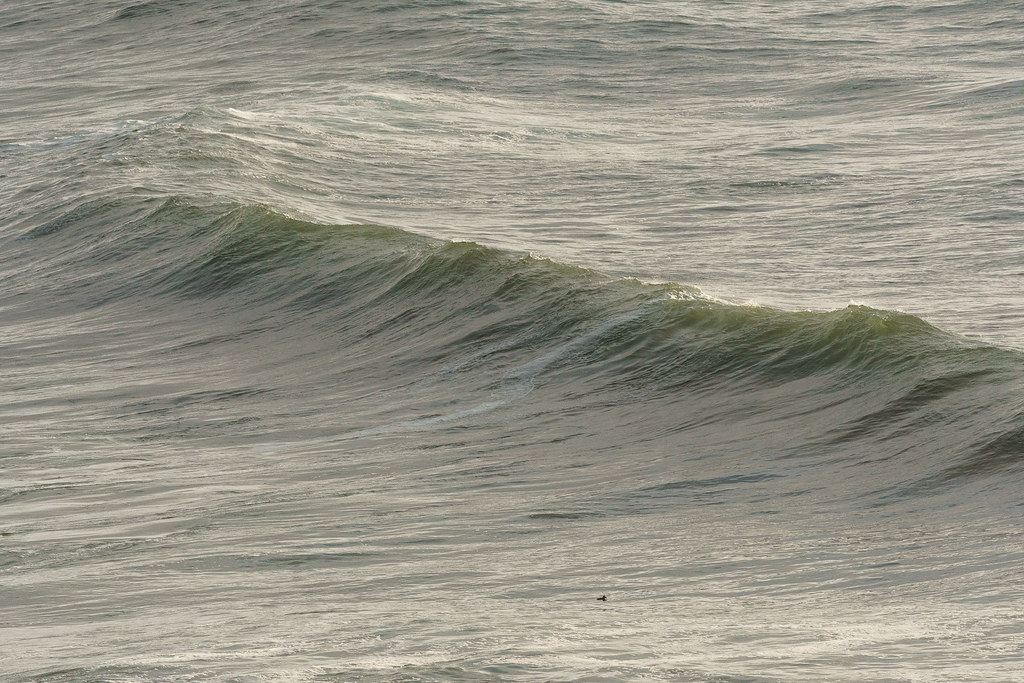 A solitary surf scoter is dwarfed by an approaching wave at Heceta Head on the Oregon coast. 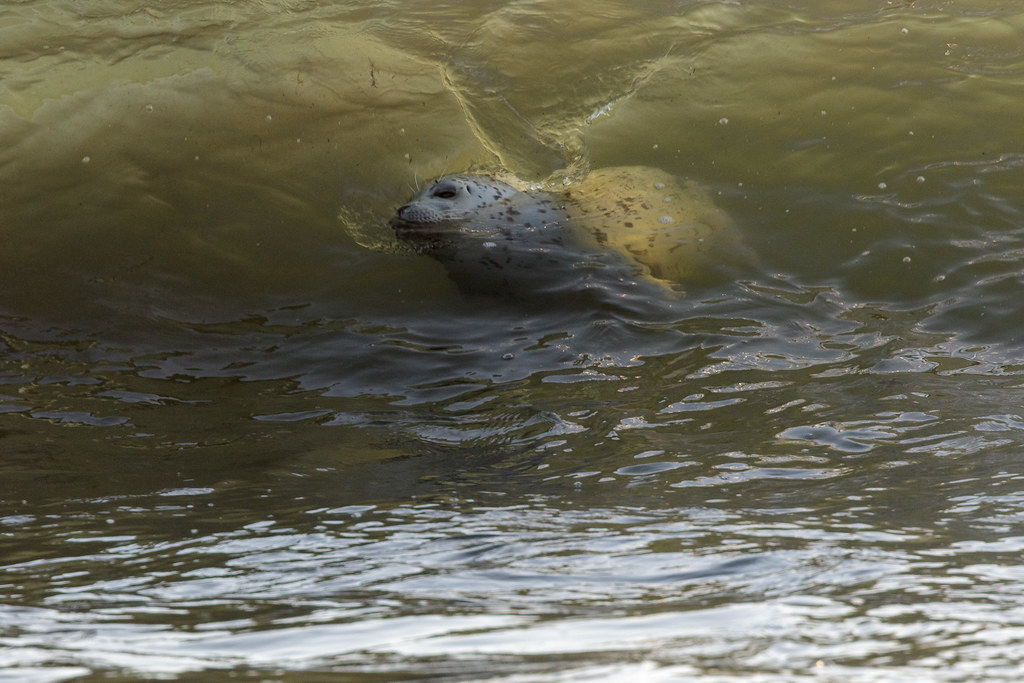 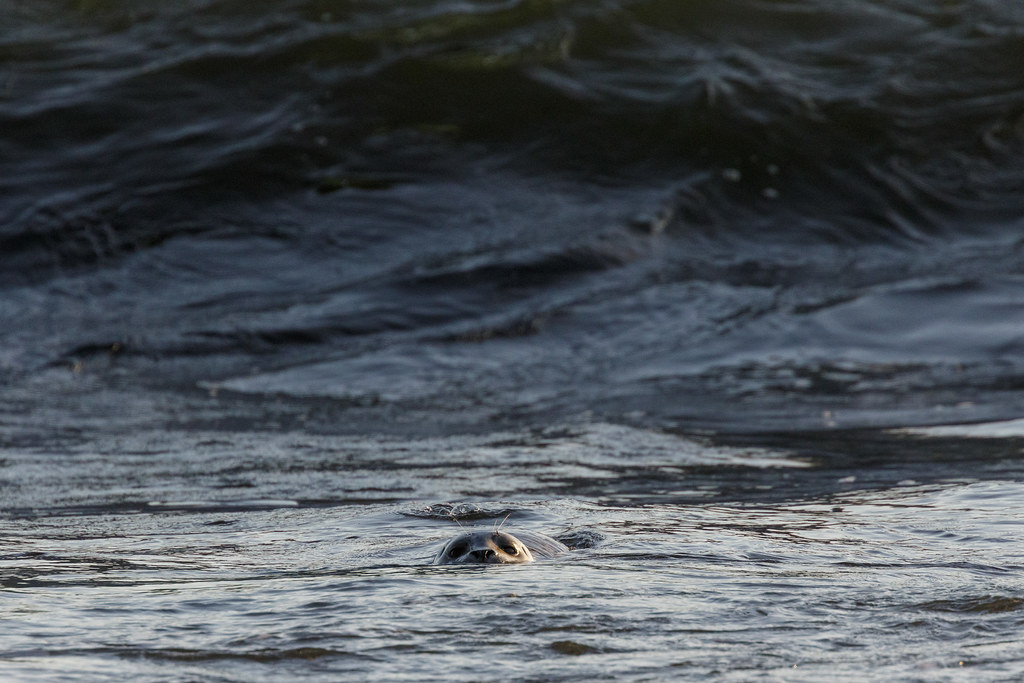 Harbor seals use multiple techniques to slip past these waves, wave after wave, as they play and feed just offshore in the Pacific. I spent hours watching them and could have spent days, it’s mesmerizing how naturally they move about this environment. 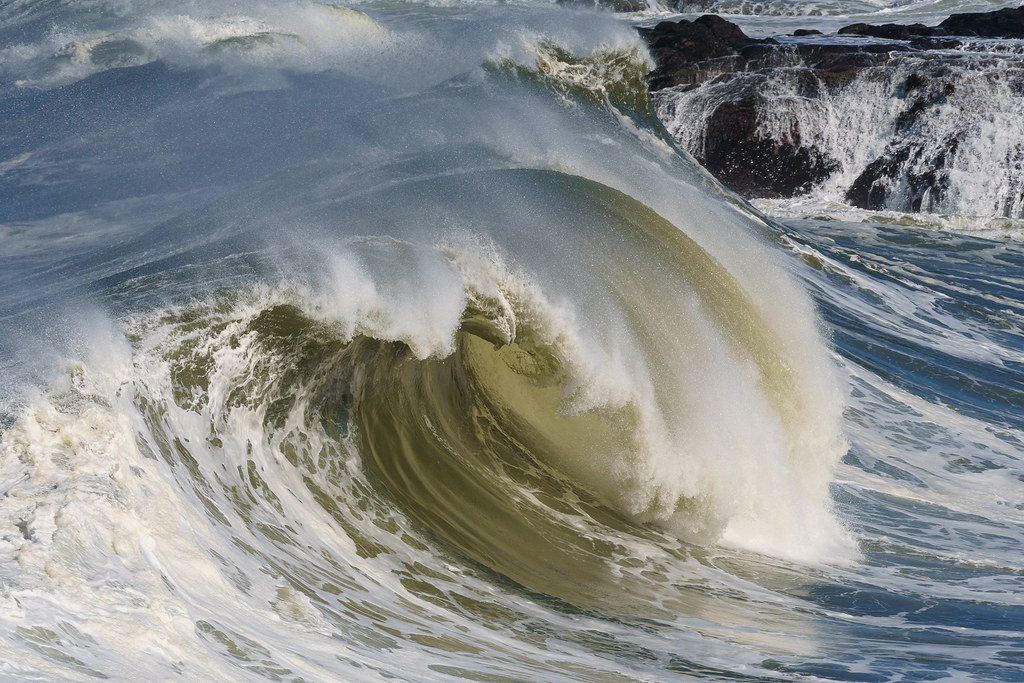 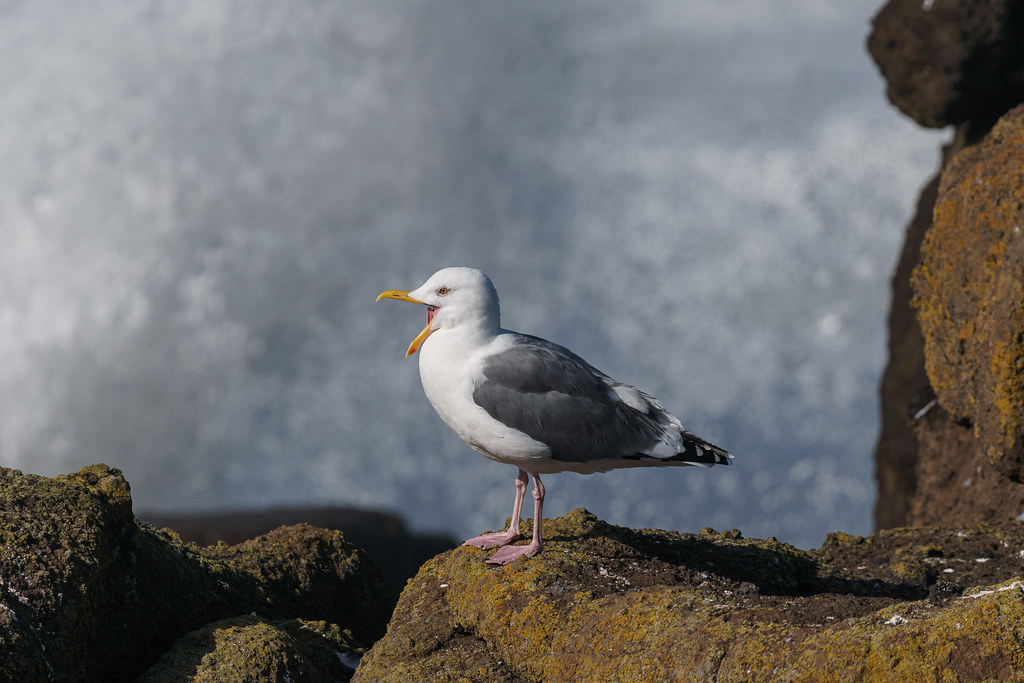 A western gull yawns as large waves crash just behind it at Boiler Bay State Scenic Viewpoint on the Oregon coast.