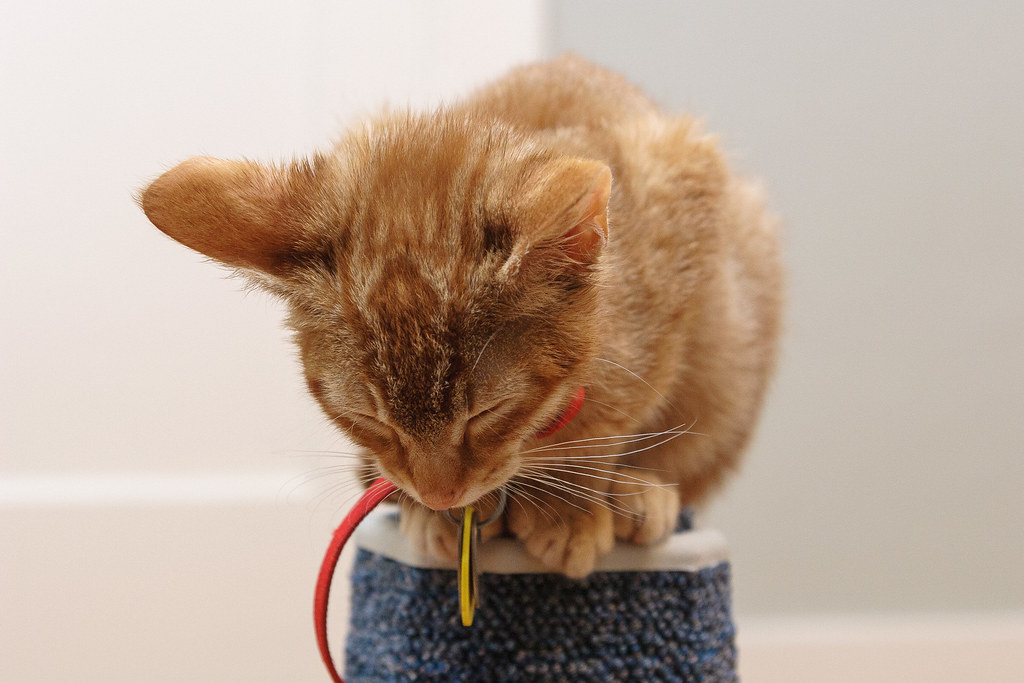 This picture of Sam is from his first week with us when he was still quarantined from Scout. He was too tired to play, but wanted to play too much to go to sleep. When he got like this, I’d lay down on the bed and then he’d climb into my lap and fall asleep, but then I couldn’t get anything done as moving would disturb him.

He reminded me of our dear departed Templeton. Sometimes when we were playing Crinkle Bag (his favorite game), Templeton would be so tired that he literally wobbled on his legs as he tried to stay upright, his head bobbing as he tried to keep his eyes open.

Sam seems to have at least one other of Templeton’s traits, as several times I’ve seen Sam climb into my chair if I get up to go get something. Templeton was the true artist when it came to chair stealing, often going so far as to lure me out of the chair in the first place and then doubling back to hop up into the seat and take my place, looking at me with the purest innocence.

As if I needed the reminder.