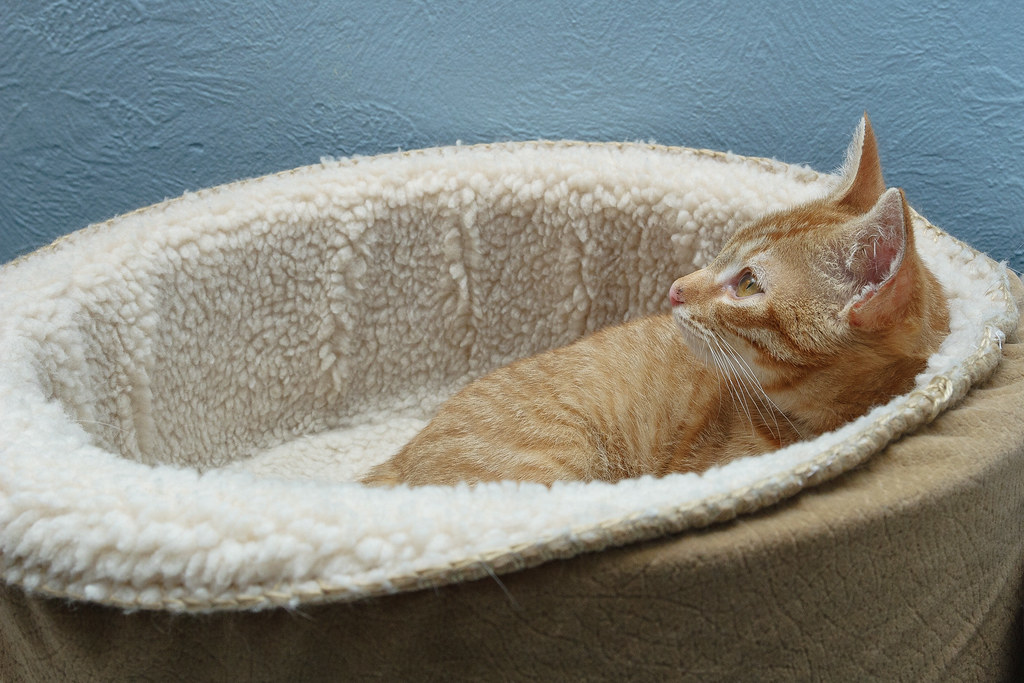 Sometimes they stretch out nose to tail, sometimes they curl up beside each other. It amuses me to see Scout assert her dominance after being submissive to Templeton all of her life. If Sam is sitting where she wants to be, she doesn’t swat him to get him to move, she just sits on him. If he’s OK with that, she doesn’t force him to move. Usually she’s more just nestled up against him, but one time she literally did sit on the little guy’s face.

I gave Templeton the nickname Little One when I first met him since he was smaller than the few cats I had known at the time. When we brought Scout home, the nickname worked for both of them since Scout turned out to be even smaller than Templeton. When we brought Emma and Sam home, we already knew Emma would be of average size, but Sam is now fully grown and he’s going to be a little thing like Scout.

Not quite as little as in this picture from January when he was still a kitten.