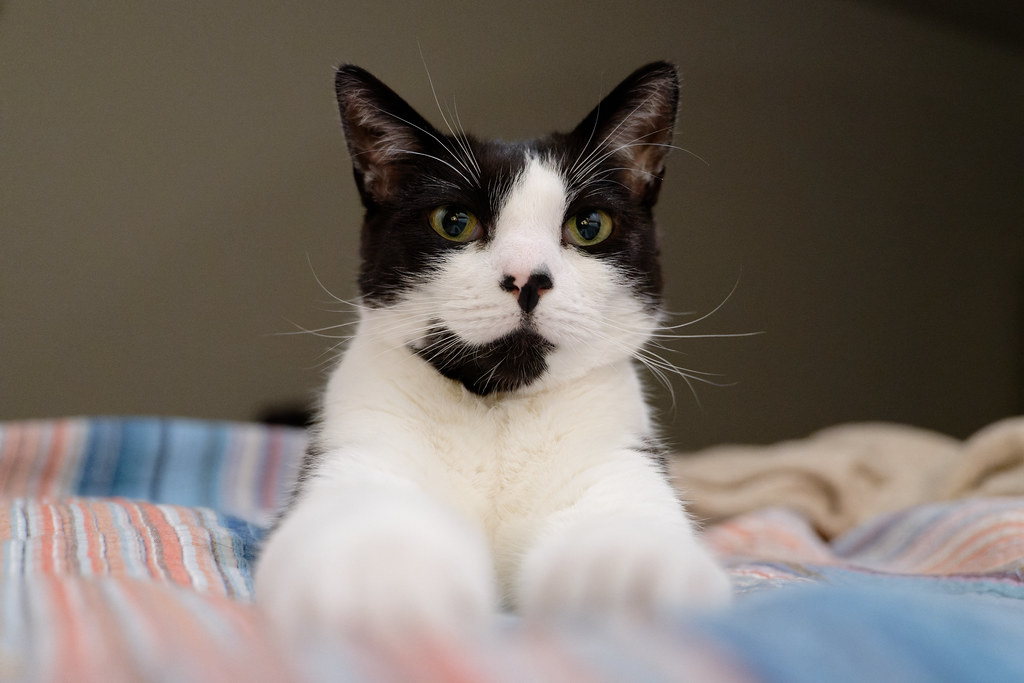 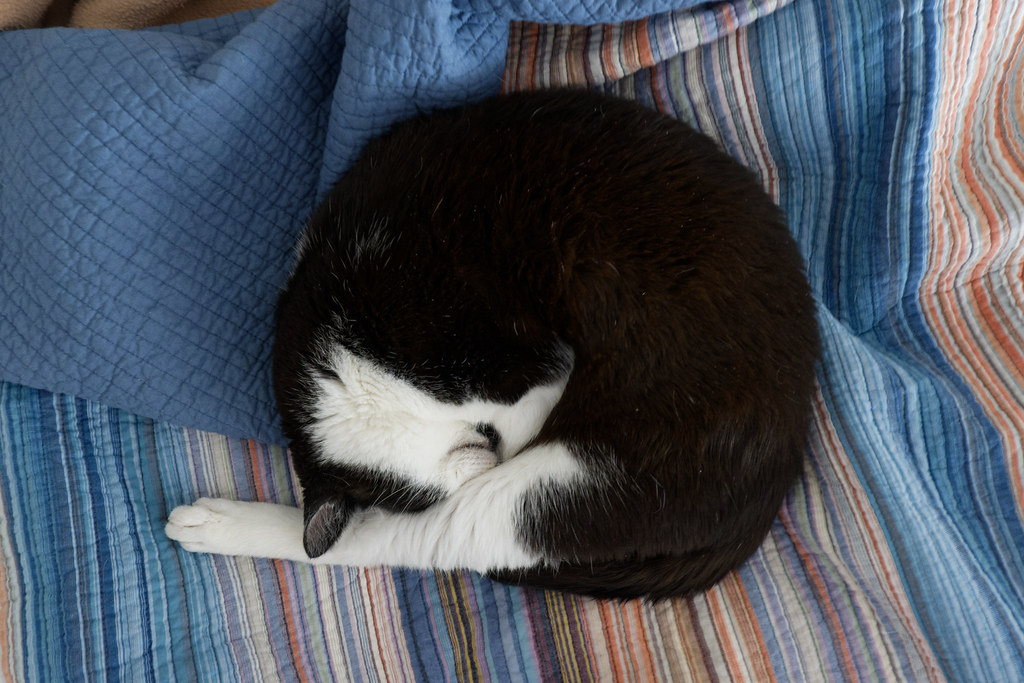 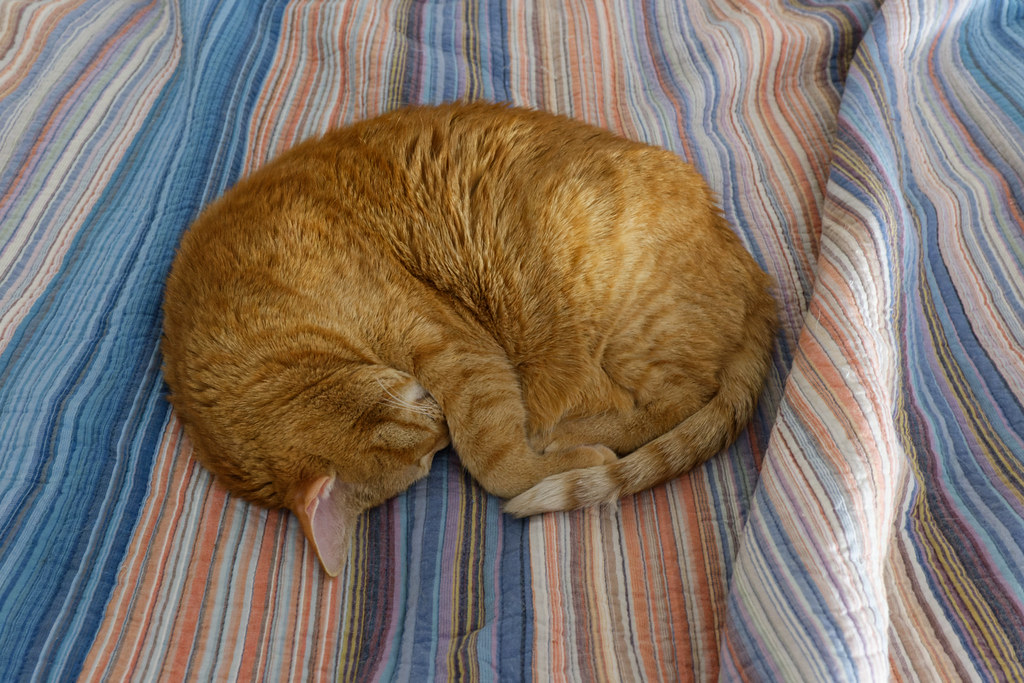 Sam sleeping on our bed late on a winter morning. When I get home from work he’s usually either sleeping here with brother Boo or sitting on my footstool, waiting for me to come home. As soon as I sit down he jumps up for a snuggle, he may have the expected muscle loss for a cat his age but he is as sweet as ever. 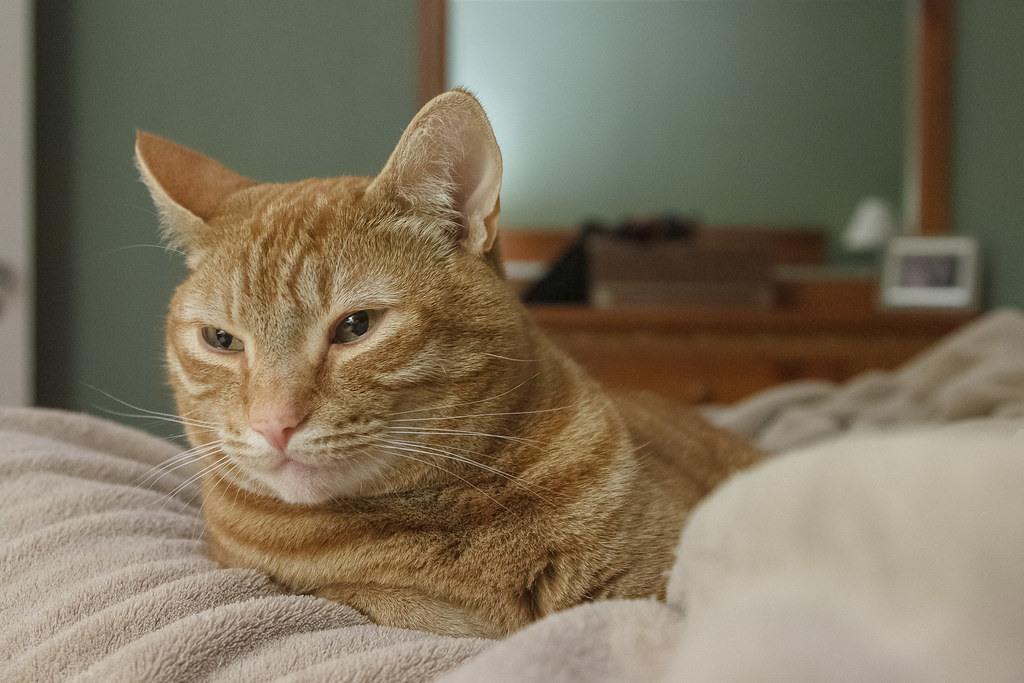 One night in 2011 when I went to bed I set my camera on the nightstand so the following morning I could take this visual reminder of how I always woke, with Sam curled up on my legs. Nine years hence, it’s how I woke this morning. 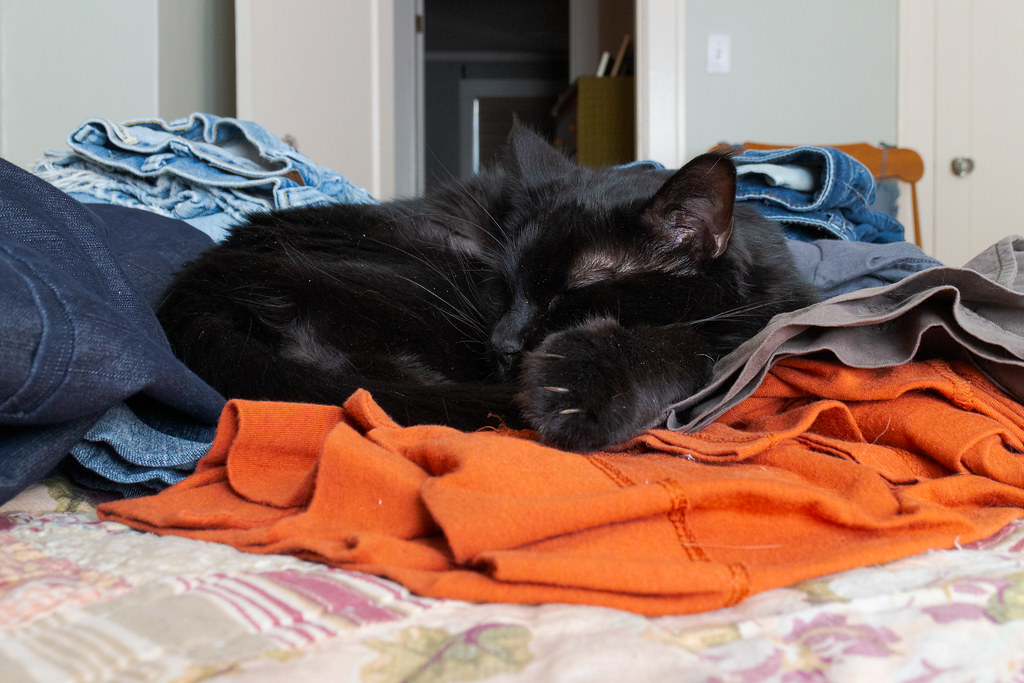 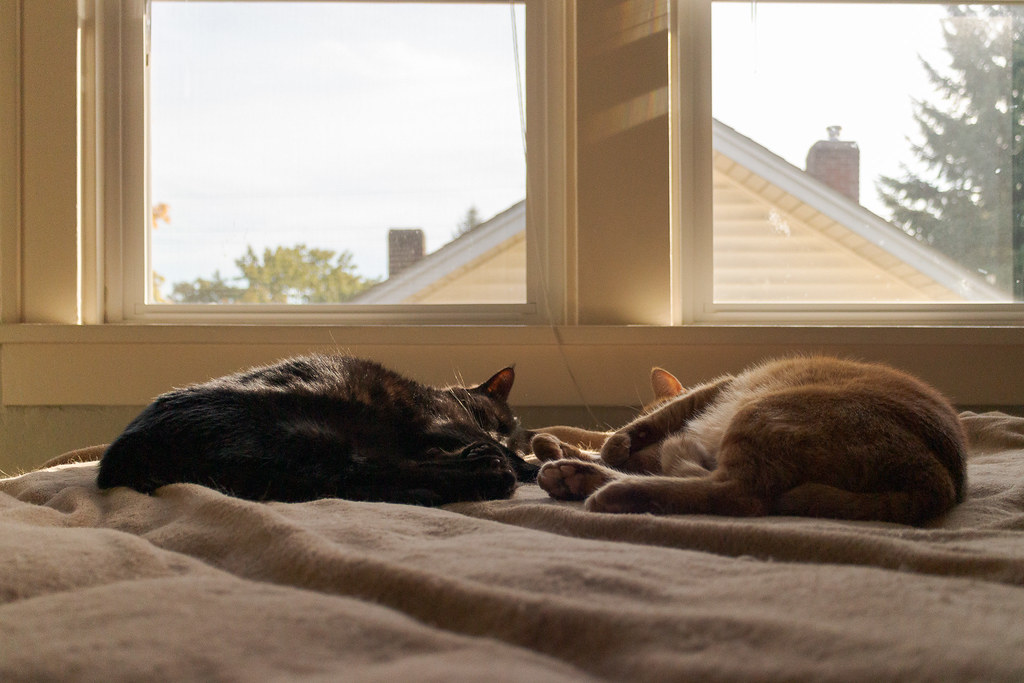 Emma and Sam in the guest room of our house in Portland on a sunny fall afternoon in the fall of 2013. 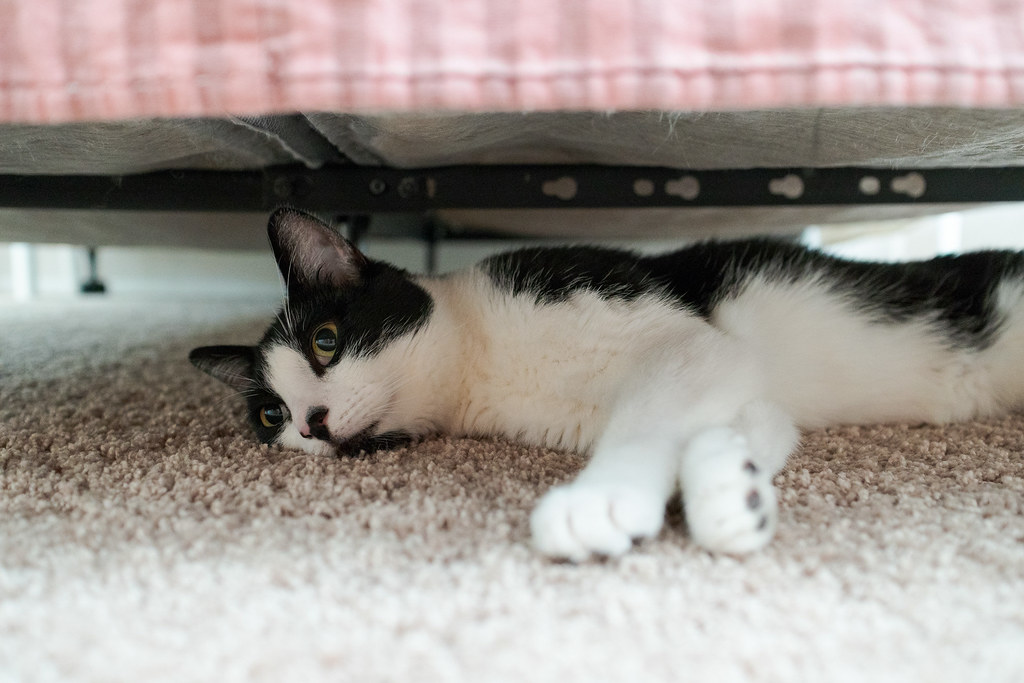 In this edition, under the bed in the guest room of our rental house here in Arizona. 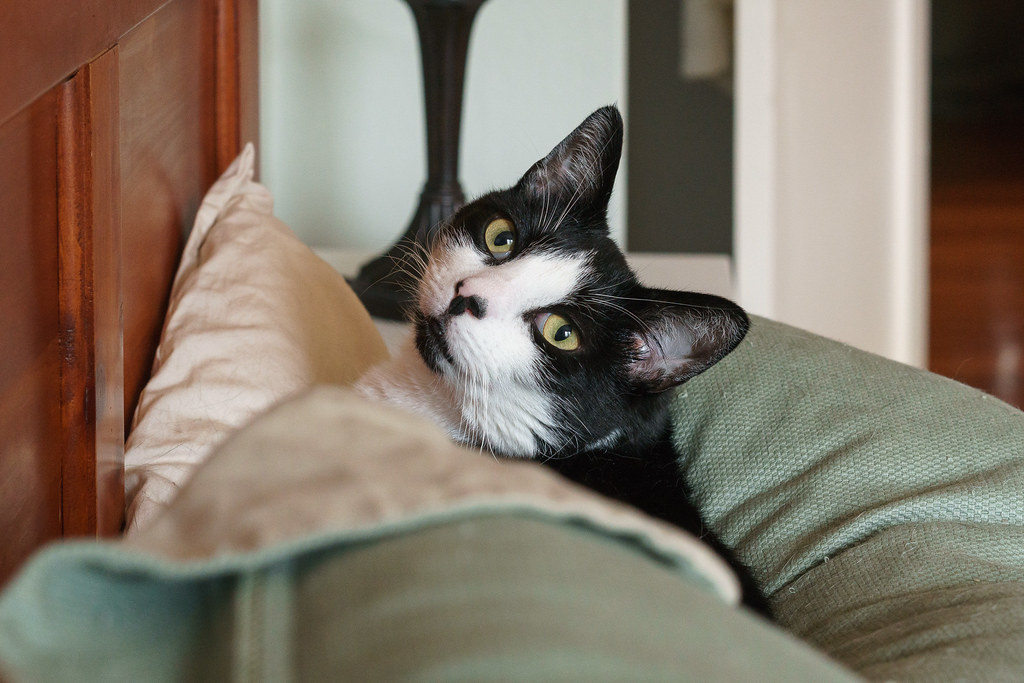 Our resident philosopher enjoys exploring new places to sleep or observe more than any of our other cats. 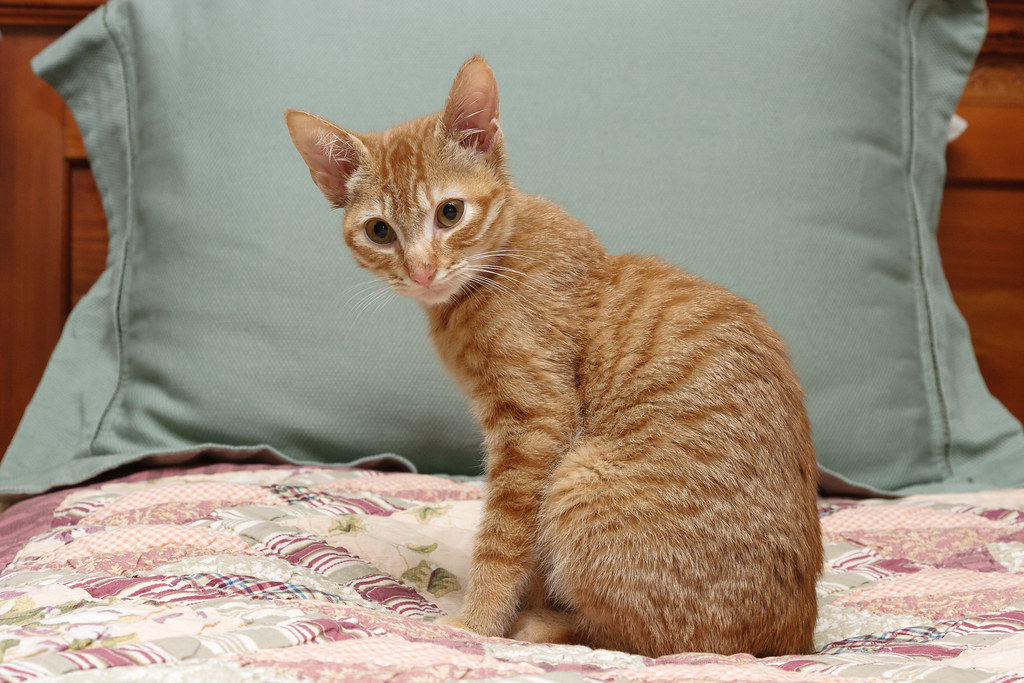 As 2018 rings in, a picture from New Year’s Day a decade ago, about a week after we adopted Sam and Emma. Sam was allowed limited exposure to the house at large, which meant he also got to meet our oldest Scout face-to-face instead of under the door. She quickly became his hero. Today the roles have changed, he is our oldest and it is little Trixie who worships him. They are both curled up on my lap, but with fireworks in the distance he is too restless to sleep. 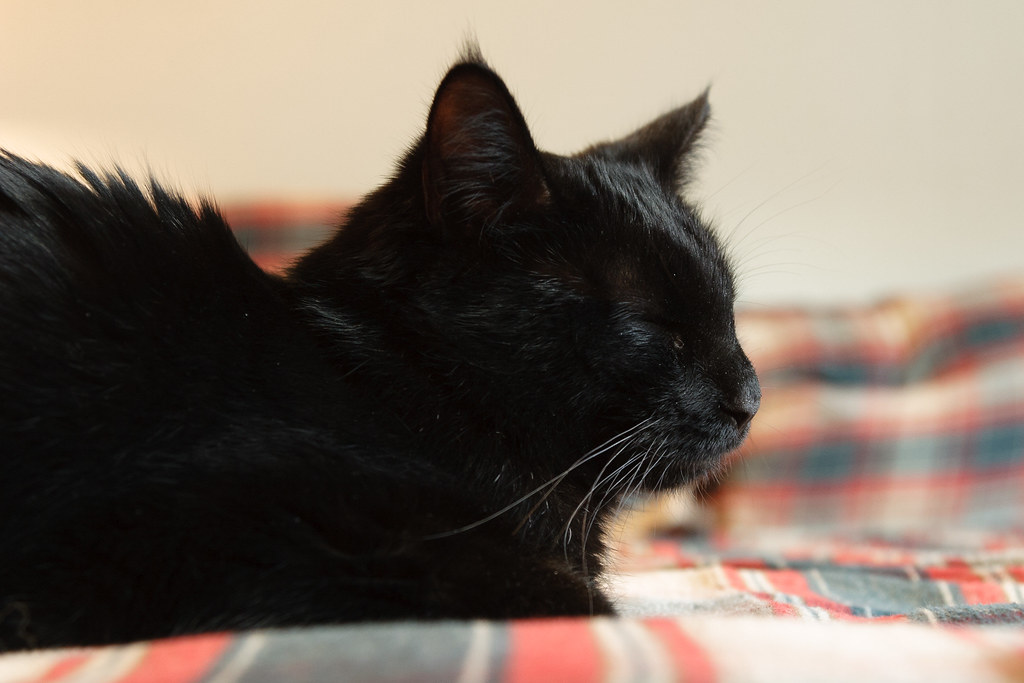 A picture of Emma from 10 years ago on Christmas Eve, a couple of days after we adopted her, one of my all-time favorite Christmas presents. I thought of her as I was putting up her beloved tree a couple days ago, seeing the branches permanently bent down from her repeated climbs, hard to believe she’s been gone almost three years. Miss you Em.