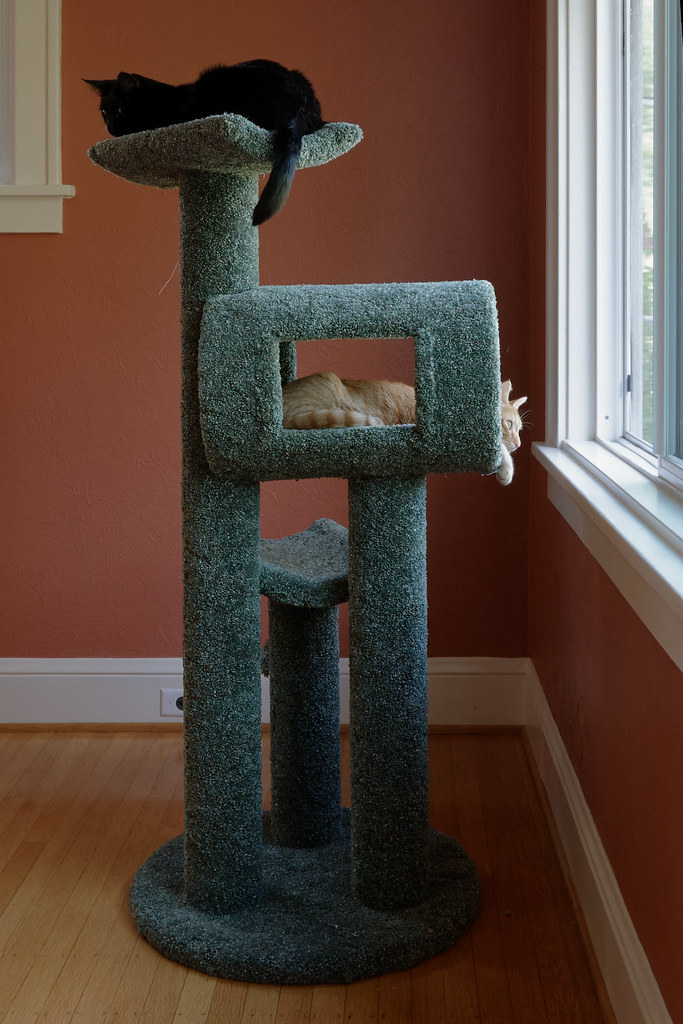 Emma and Sam spend a quiet moment in the cat tree in front of one of the picture windows in the summer of 2009. It didn’t stay quiet long, in a minute Emma snuck down and poked Sam from above. The sneak attack poke was a favorite game of theirs and fortunately they had each other to play it with as the much older Scout was not a fan. 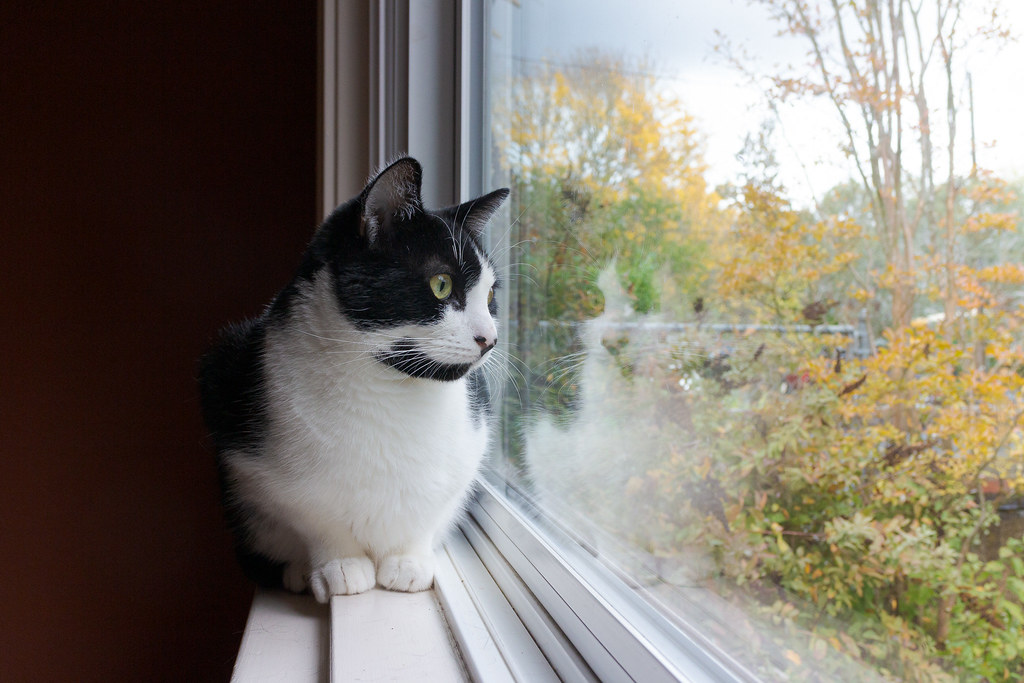 Boo in 2014 at the picture window of the dining room of our house in Portland, deep in the philosopher part of his philosopher/goofball persona. 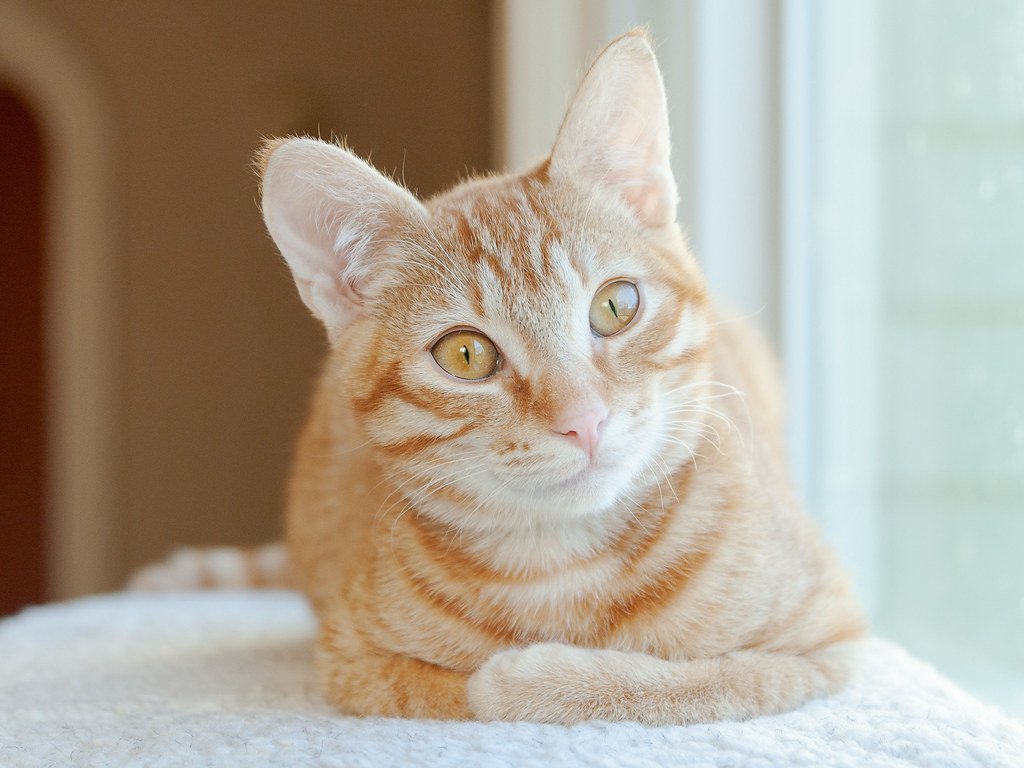 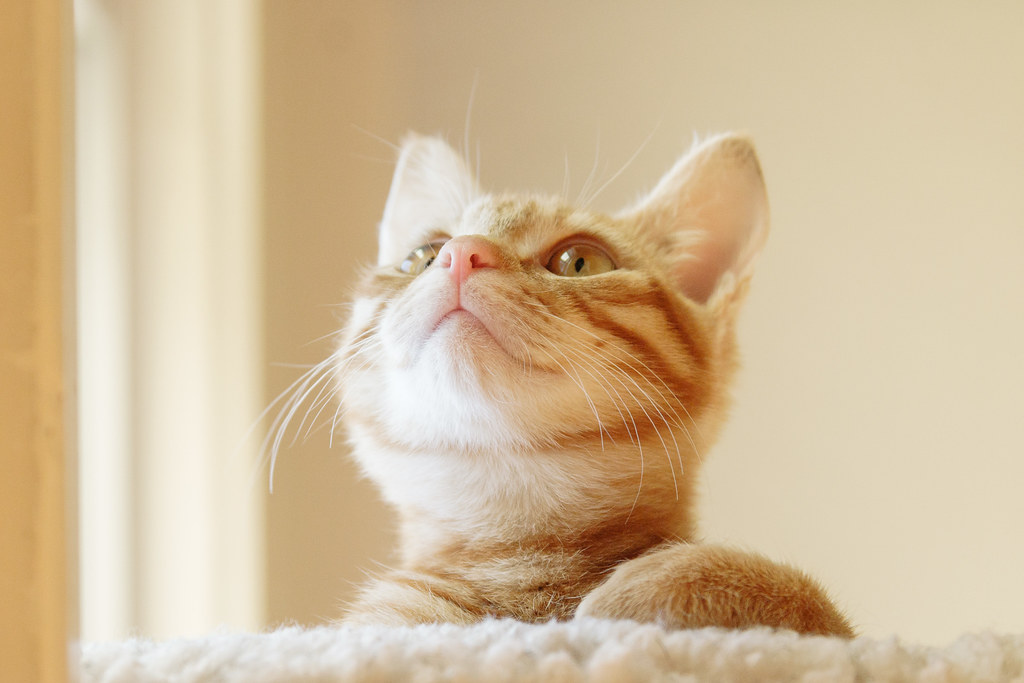 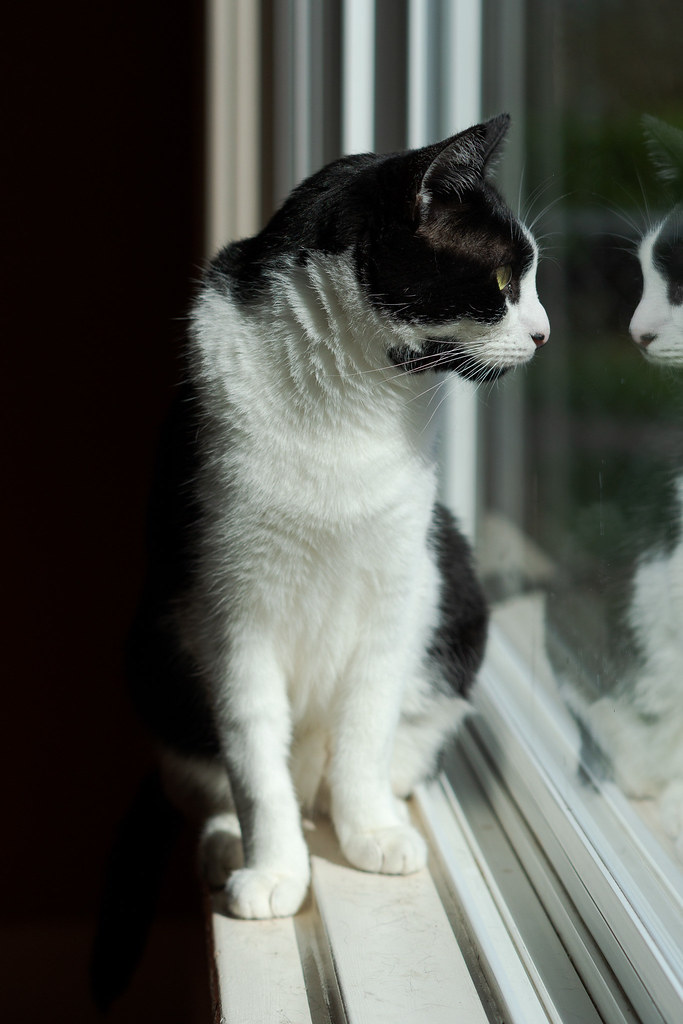 Boo looks out from the picture window in the dining room of our old house in Portland. This morning I noticed the door of one of the kitchen cabinets was moving on its own and suddenly out popped Boo. He quickly figured out how to open the cabinets after we moved here and one has become a favorite. Look inside and you’ll see he’s made a cozy space surrounded by reading materials like Catwoman comics and the writings of Heraclitus. I need to put an end to it because you’re not getting back to sleep when someone wakes you up at 3 a.m. to ask you why you cannot step twice in the same river. 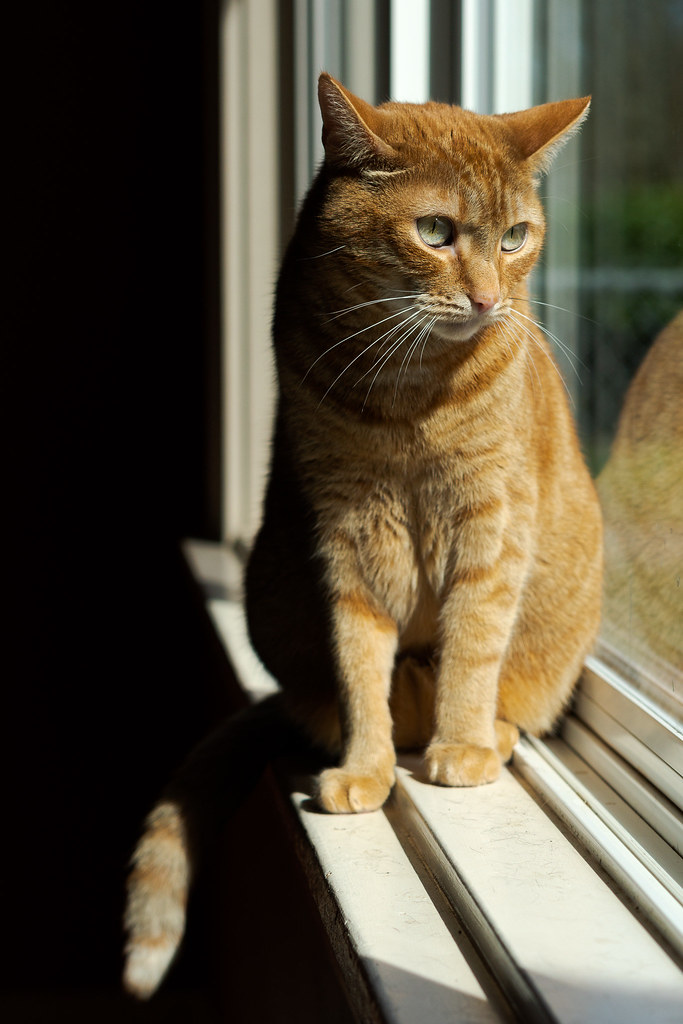 Sam in the picture window in the dining room of our house in Portland in March 2017. My Sony camera arrived a couple of weeks prior and on this day I photographed all the pets with a few of the new lenses, in this case Sony’s lovely 55mm f/1.8. 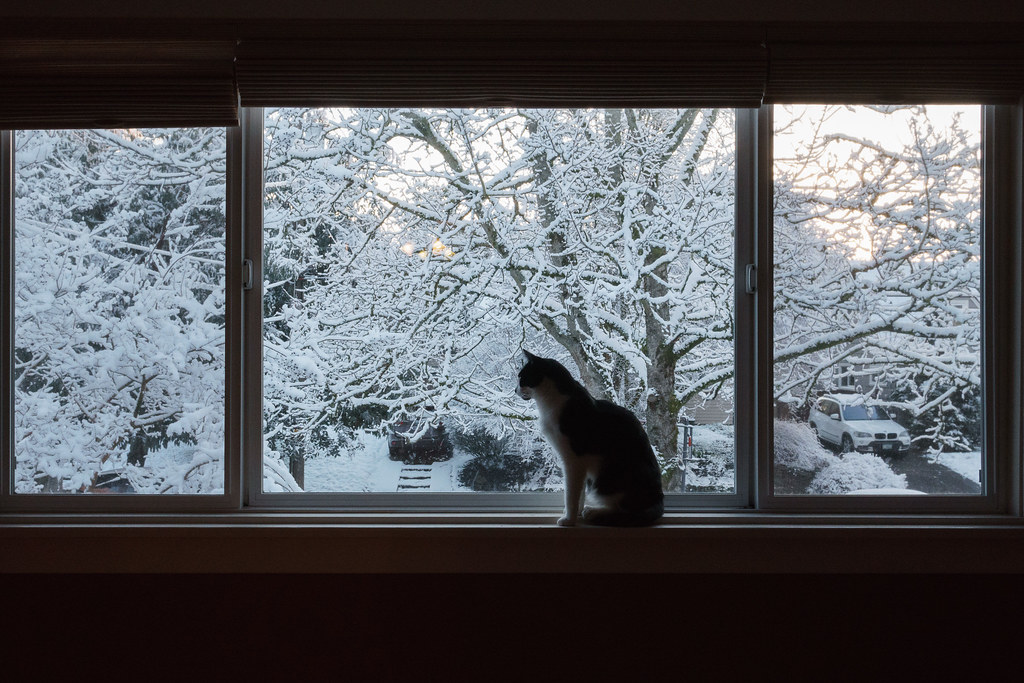 This is what Portland looked like as the sun started to rise on the morning I was leaving for my interview in Arizona. It snowed the night before and iced up a little overnight but the trains were still running on time and I was able to walk down and take the train to the airport as planned. I loved seeing the snow one last time but all I wanted was an easy departure as I set out on the trip that would determine how we spend the next phase of our lives. I was sad I didn’t have time to go out and photograph the neighborhood in the snow, but I had a plane to catch, and at least I had my pictures from the heavier snow a year prior. This is resident philosopher Boo enjoying his last snow from one of our two picture windows at the front of the house, his future storms will not be so tranquil as they will be the occasional but ferocious summer thunderstorms of Arizona’s monsoon season. 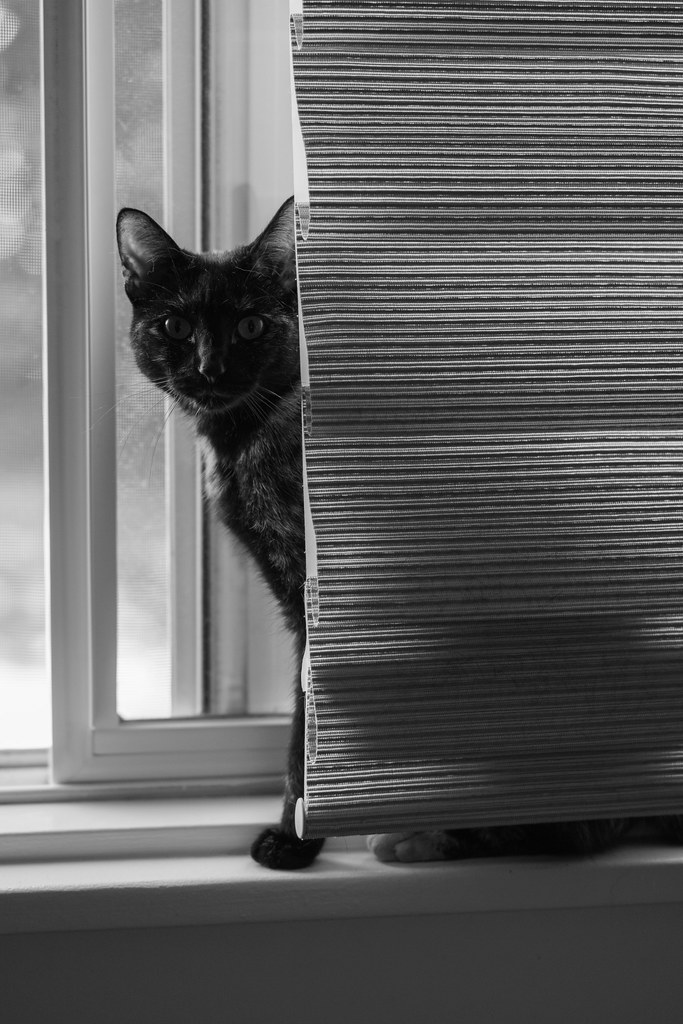 Trixie behind the blinds in one of our picture windows, one of my rare pictures I prefer in black-and-white to color. 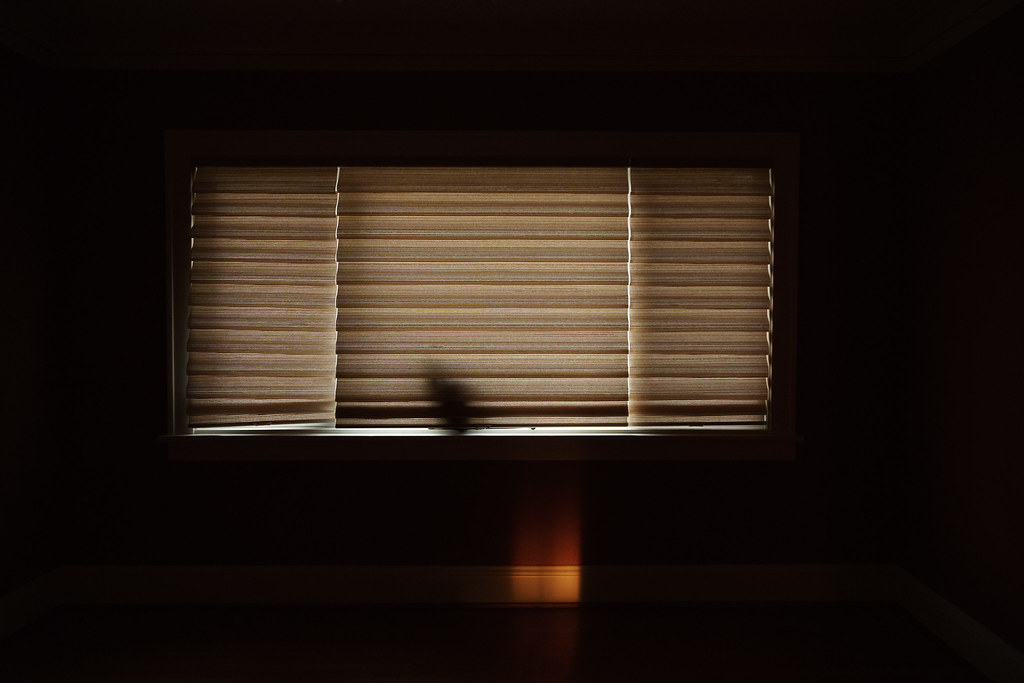 She wants to see, not be seen. 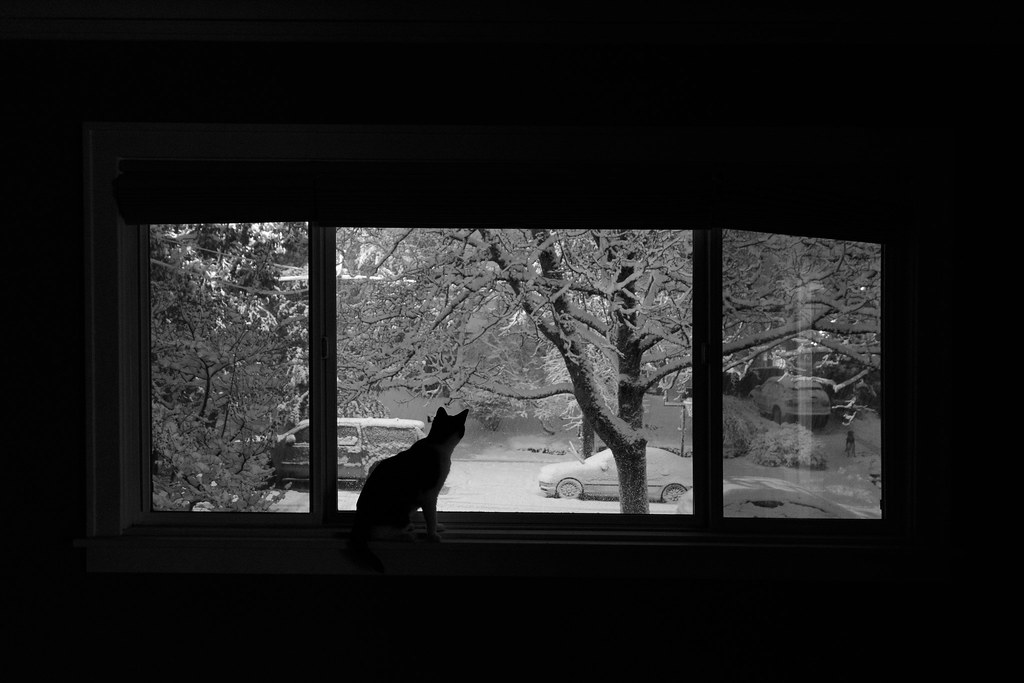 Boo watches a dog across the street as a heavy snow continues to fall during our snowstorm in January.